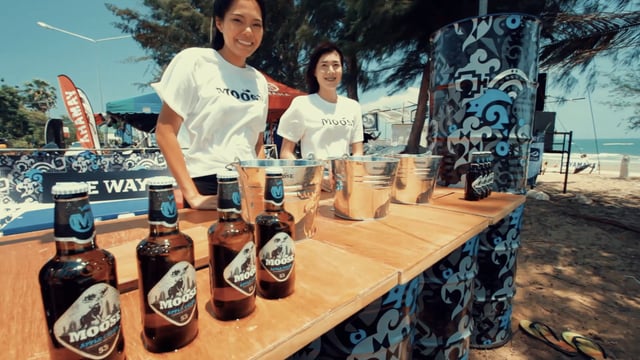 The 2017 KTA season is officially underway, as marked by the completion of the first event on the calendar, Pranburi, Thailand. Where on the back of the Thai National Kiteboarding competition the Moose IKA Asian Championships and KTA Freestyle X was launched

It was something of a benchmark event, not only for the KTA, but also for the sport as whole as the IKA 2018 Youth Olympic Games race format would be being rolled out for the first time. It certainly added a heightened level of expectation and requirement to proceedings, as the eyes of the sailing world and IOC would for certain be turning towards Asia as the week unfolded.

The KTA likes firsts though, so it was a welcome challenge and great to be the focus to test out the new Olympic format.

The event itself would be blessed with stable winds of 15-20 knots over the duration of the first weekend for the opening competition, the Kitesurf Association of Thailand (KAT) event, which closed with an impressive freestyle final between Yo Narapichit Pudla (THA) and Alex Cagarin (UKR) for the men’s and Kathrin Borgwardt (GER) and Young Eun Lee (KOR) in the women’s. In the end it was Kathrin who walked away with the women’s title and Yo with the men’s. A relaxed prize giving ceremony on the beach saw winners awarded with Moose trophies, and closed what was for sure a successful event for the Thai Nationals.

To read the full event write up, head to the KTA website here: