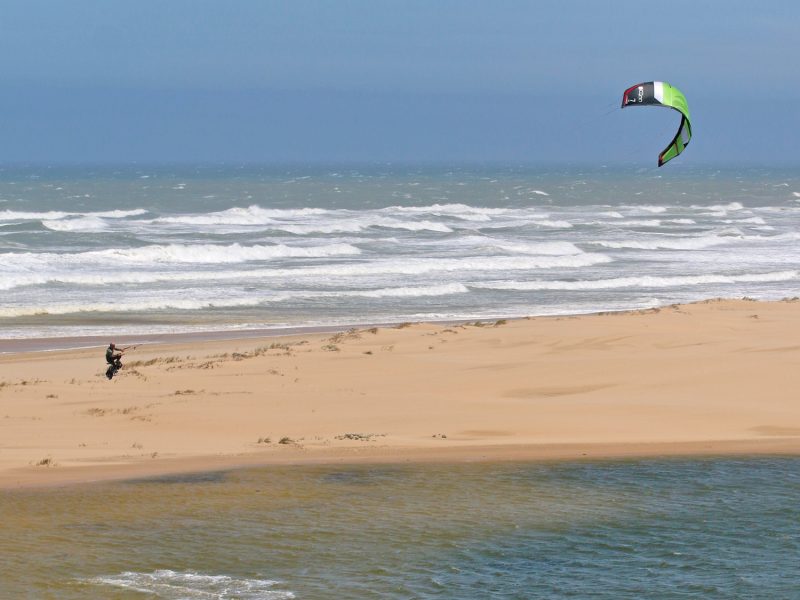 Cedric Vandenschrik puts the Escape v6 through its paces on a windy windy day in Cannon Rocks, South Africa.

To really test a kite, you also have to take it out in extreme conditions to see what it can handle and how it behaves:

With a wild forecast in the pipeline I decided to head to my secluded lagoon to see what the Escape v6 could do in strong gusty winds.

I choose the lagoon for pushing loops because it is way more forgiving on the landings than the open sea. If you have ever thrown big loops, you will know that landing into waves or bad chop can be detrimental to your health. Obviously without the presence of ramps, you gotta make sure you get the hight to pull of those low loops. 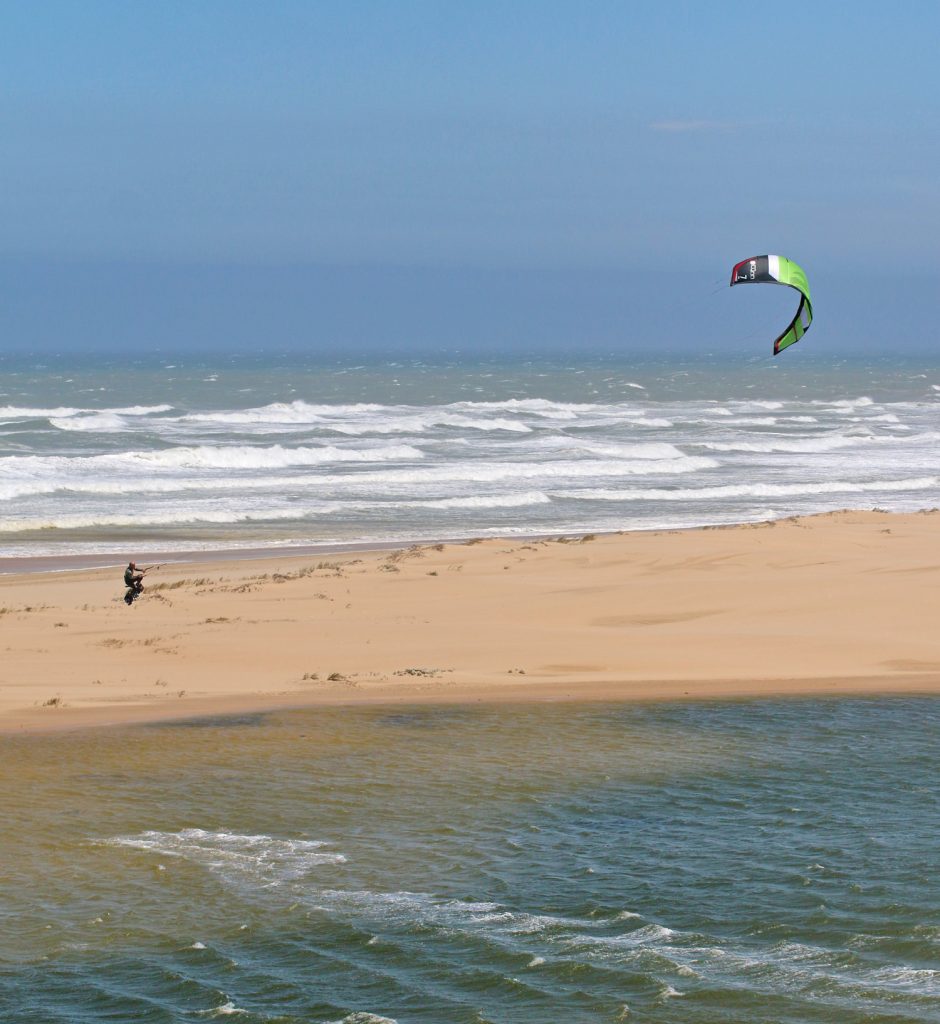 By the time we got there the wind was already mental. I put up the 7m Escape v6 and could immediately feel how strong and gusty it was. I tentatively headed out and tried a few jumps feeling the hang time and the holes in the wind. I then started throwing a few small loops building up confidence to then progress towards those “Blow you hair back” loops. The first noticeable thing about the Escape v6 was how solid and smooth it felt, not only in general flight, but also through the loops. So little fluttering! It was also confidently dealing with the gusts and holes. It’s the kind of kite that you can keep controlling through the loop.

But the wind just kept increasing.

It is always difficult to hazard a guess at how strong the wind was in knots. I know that the sand was whipping my face in the water and that the videographer was battling to stand. Then the wind increased and got gustier to the point where loops were becoming dangerous. So I tried the 5m managing to throw some sneaky loops in between gusts.

Overall the Escape v6 is a real confidence booster and so much fun to loop.

Looping the 7m Escape v6 in strong winds from extremeced on Vimeo.