Surfing, Kitesurfing and Bodyboarding a Wave onto Dry Rock 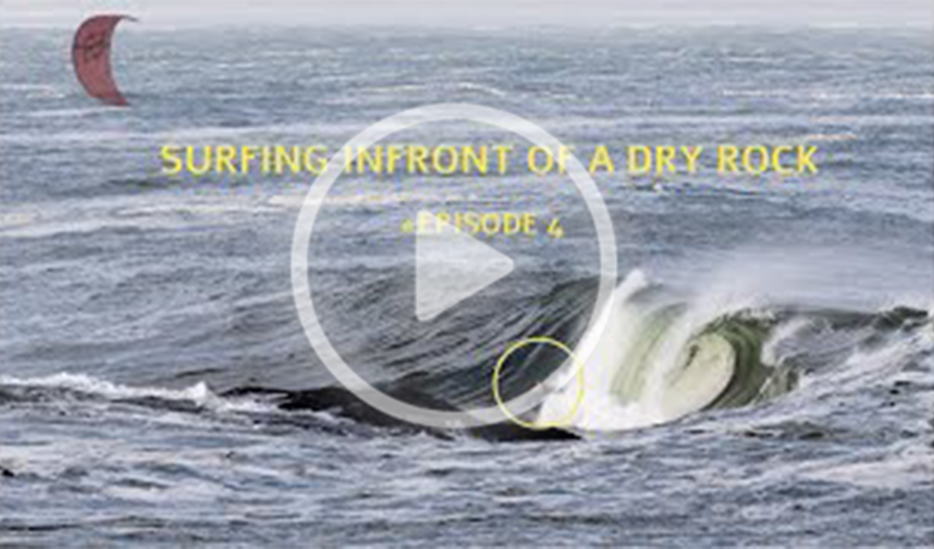 The Dirty Habits Crew have been busy hunting one of craziest waves in South Africa. Surfers, Body Boarders and Kitesurfers alike;  they seemed to have tamed a beast.

“A crew of surfers, bodyboarders and a kiteboarder attemp to surf a wild wave that detonates onto a dry rock but if you survive the deadly drop, you may be in for the barrel of your life.

The Beauty of South Africa is there's so much open space, so many little dirt farm roads with untouched diamonds in the rough, and with some dedication, lots of driving, days staring at weather charts, and most importantly, the invaluable knowledge of the locals, and the bodyboarders who have been silently charging this wave for years.

This wave has been on Kiteboarder Graham Howes radar for years, using a kite to get into wave's that he would never be able to paddle into. It just so happened that Koa Smith is visiting from Hawaii and also had his eye on this wave too. Initially we thought it would be unsurfable with this forecast so we organized Ross Dillon and James Taylor to join with their Jet Skis to tow surf into the slab. However, once we arrived, Benji Brand who is an absolute machine when it comes to gnarly waves of big consequence and Koa decided the ski's weren't needed and they were gonna try to paddle in to a couple. Hopefully get to their feet and not get thrown with the lip onto a dry, exposed reef. Which would result in a trip to the ER for sure.

When we arrived at the ‘secret spot' we were greeted by a friendly group of bodyboarders who keep a close eye on the conditions that bring this slab to life. There were also more camera's and guys shooting in the line up than there were riders, most of them regularly bodyboard the wave, but swap out their boards for water housing and put themselves in some deep sharky water to get shots of their mates.

Plenty of waves were shared by all the boys, who at some point looked like they had a death wish.

I waited all day for the wind to switch from light offshore to more cross off, but it never swung, but I wasn't gonna leave the spot without giving it a go, the wind was 8-10 knots directly offshore, and coming over a mountain which meant I couldn't stay upwind and had to get the ski to bring be back to the land. I had a go but just got pulled through the lip and unable to ride down the face of the wave with the wind direction.

I've got my eye on the weather charts and will have to go back for a proper go.” – Graham Howes