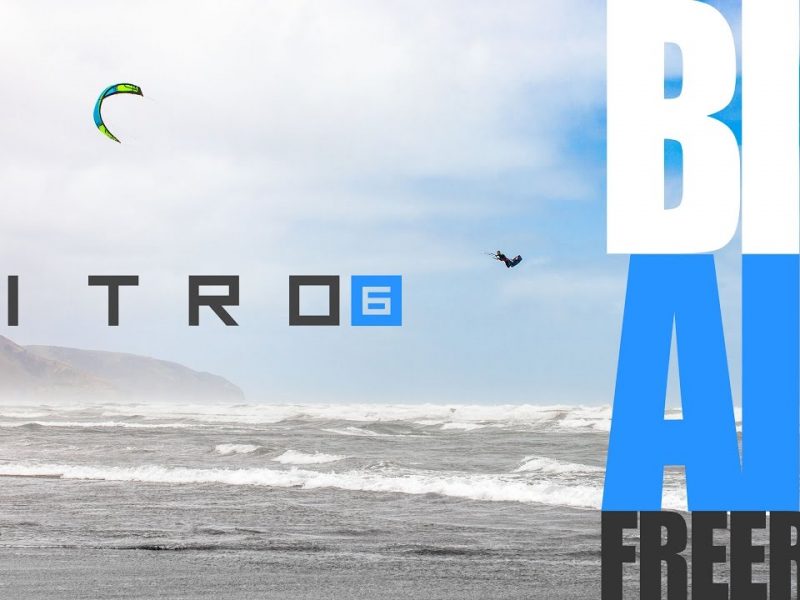 It’s hard to argue with this kind of marketing. They say it’s their big air kite…and in the capable hands of Marc Jacobs it certainly appears to be so.

Switch Kites have been in the kitesurfing game for a while now with a solid business model – spend as little as possible on team riders and marketing (just invest in absolute rippers when you do), cut out as much of the supply chain as possible, and ship you kites at the lowest price possible. Admittedly this isn’t for everyone, but their kites definitely do the business, as this video demonstrates.

Here’s what Switch have to say about the Nitro 6. You can read more at http://switchkites.com/nitro6.html

Going fast, flying high, the Nitro 6 is the ultimate in freeride performance.

Since the beginning of kiteboarding big air freeriding has been at the core of what makes kiteboarding so awesome. The Nitro has always been the perfect high performance freeride machine for anyone looking to enjoy massive big air tricks. All the key elements are there: control, power, speed, strength and ease of use. This perfect balance has given the Nitro a cult following and made it our number 1 selling kite.

The new Nitro6 is the most refined version in the history of the Nitro line. Although the Nitro6 closely resembles the Nitro5 when viewed aloft, every seam and panel has been changed to optimize the design for improved overall performance and handling. The Nitro6 is a completely new kite entirely designed to be the best Nitro ever without losing the traditional dynamic character.

First, the Nitro6 airfoil has been completely re-profiled moving the draft aft in the center and reducing the entry angle for a cleaner, smoother de-power response. The profile has also been reduced and smoothed spanwise toward the wingtips for less luffing in the shoulders and overall drag reduction. The Nitro6 canopy is tight and exhibits less distortion throughout the bar throw.

Second, the planform has been changed with increased sweep starting in the shoulders and extending to the wingtip to improve relaunch, dynamic stability, and de-powered line tension.

Third, due to the change in profile, the struts have been re-designed to not only match the profile changes but to enhance stability, reduce weight and increase durability. In concert with the planform change, the Leading Edge tube has also been reconfigured.

Is this kite right for you?

High-flying big-air masters or riders who just love high speed cruising will equally find the Nitro answering their prayers. The Nitro brings performance kiting to a whole new level of ease and response.

Marc Jacobs is a kiwi shredder with several National titles under his belt and a bunch of impressive results on the PKRA world tour, as well as a couple of Big Air titles. Check him out here: http://marcjacobskite.com/