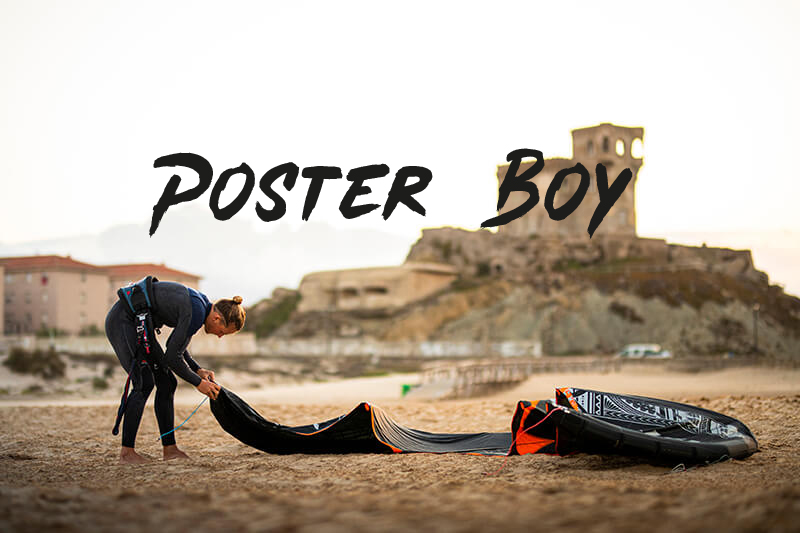 There’s no denying up-and-coming Big Air specialist Stig Hoefnagel’s star is on the rise. So we sent him on a mission to Tarifa to see if he could bag himself a cover. We lined him up with local photographer Antonio Herrera Trujillo – who we have been super impressed with lately – and it turns out they were a killer combination… 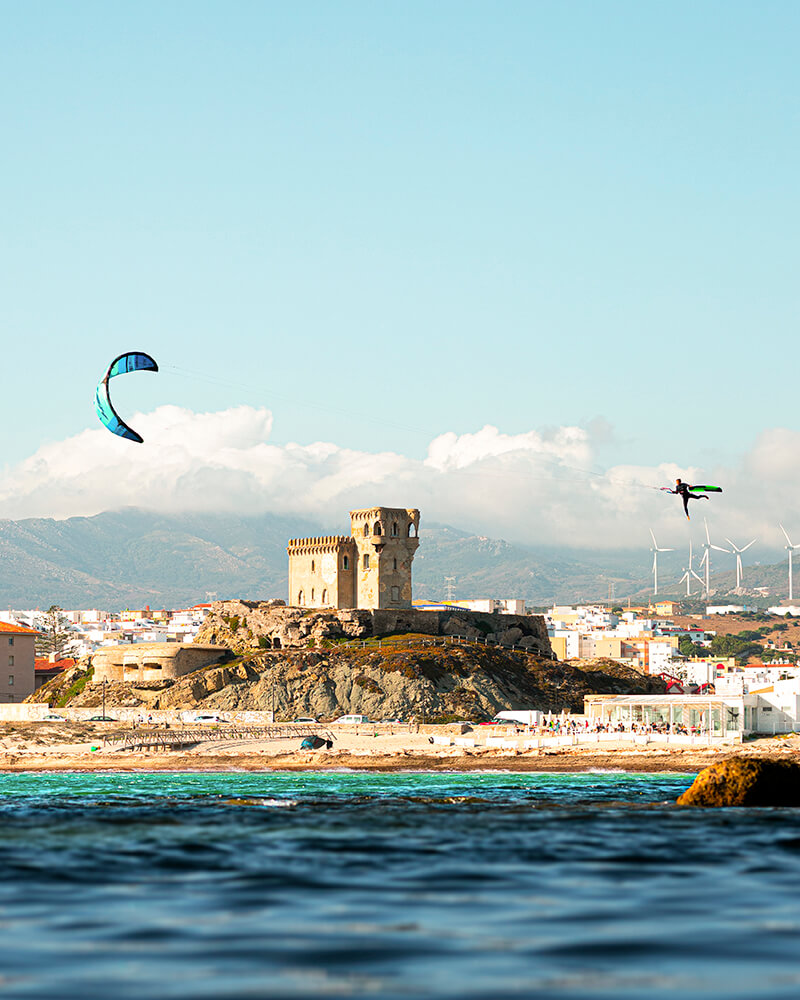 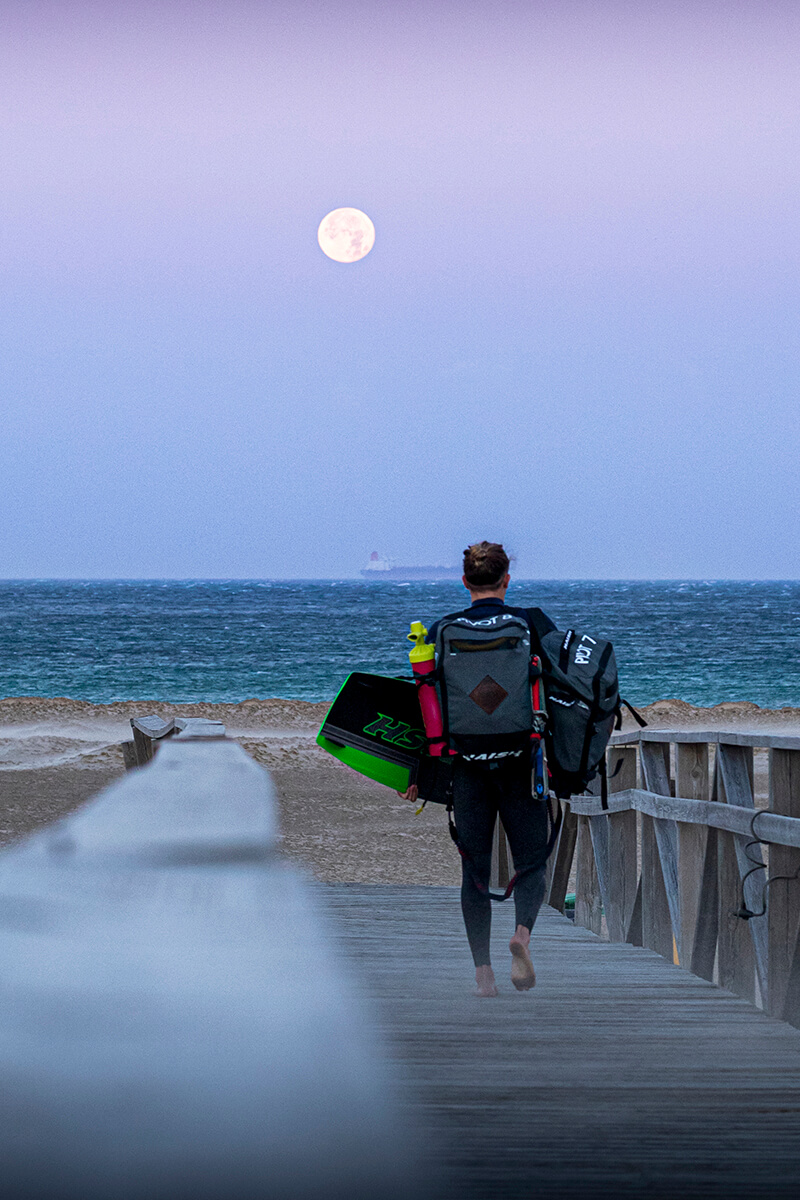 Stig: When I first started kiting, social media was still in its infancy and all the pro riders were known, not through their Instagram or Facebook pages, but through magazines and videos on YouTube and even DVDs. As a little boy I would ride my bike down to one of the local surf shops to go and read the magazines, because I couldn’t afford to actually buy them at that time. I would sit there for hours just looking at all the beautiful action photos. But from all those magazines there was always one thing that stood out for me and I was impressed by the most, and that was the cover. They would always use the best or most ridiculous trick or action shot for the cover. Something that determined whether I wanted to read it or not, as a surf shop has so many magazines, was the cover, and I would pick the best-looking cover and start reading that particular magazine.

Later on as my kite career started to become more and more serious I started thinking about making it into magazines myself, gathering a bunch of photos and putting out a story that would make the cut. As I was making those photos I always had in my mind ‘what if’ – what if I could be on a cover one day… After a few different articles in TheKiteMag over the years I received a phone call from Naish asking me if I had any plans for the following week. I asked them why and said I wasn’t too busy. They told me that TheKiteMag had reached out to them asking if I was available for a photo shoot in Tarifa to potentially get on the cover of their next issue. I was over the moon and super happy and honored that they wanted to give me a shot to get on their cover. I booked my ticket to Tarifa for a two day stay – the pressure was on to get the shot! 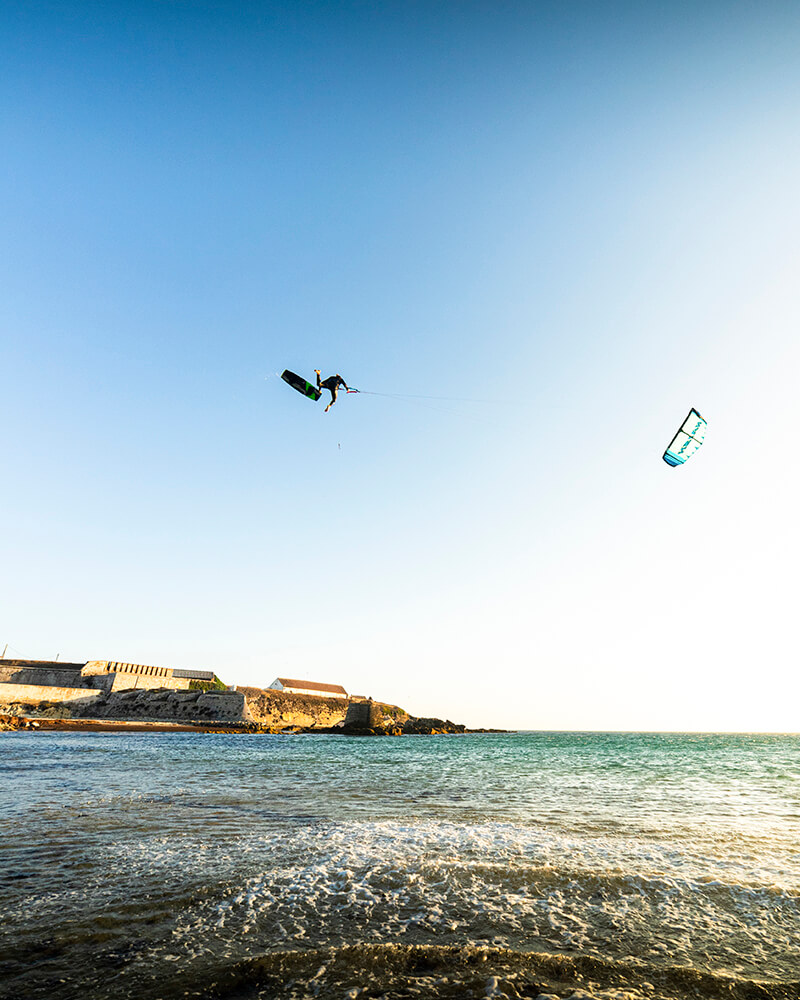 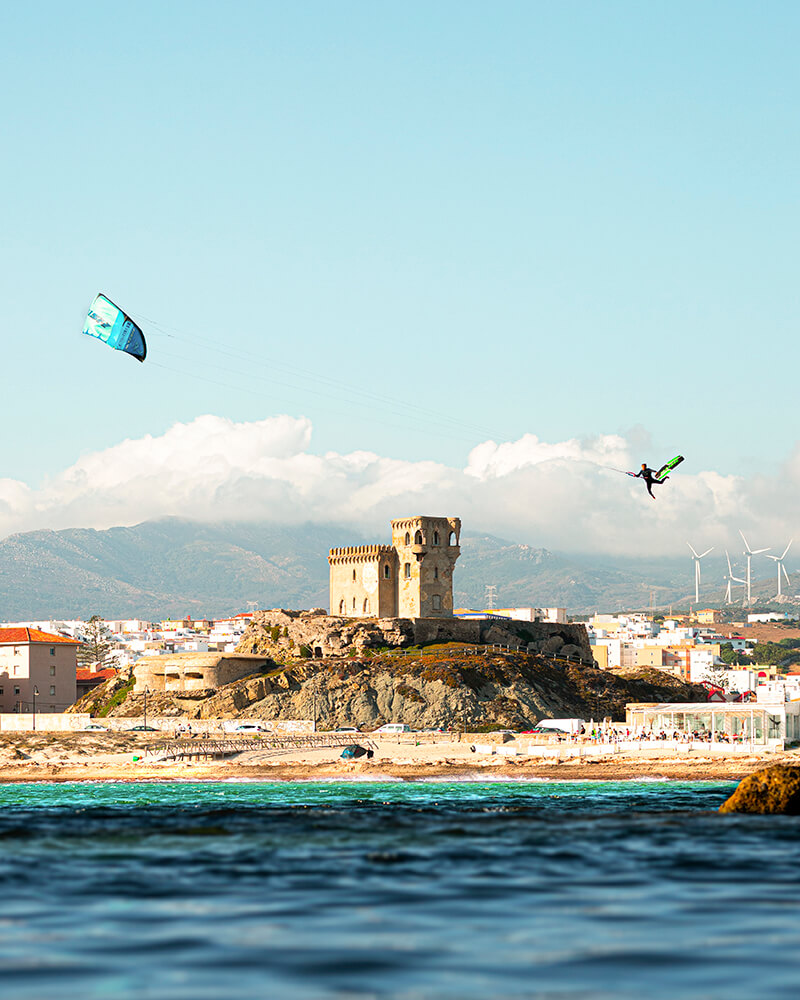 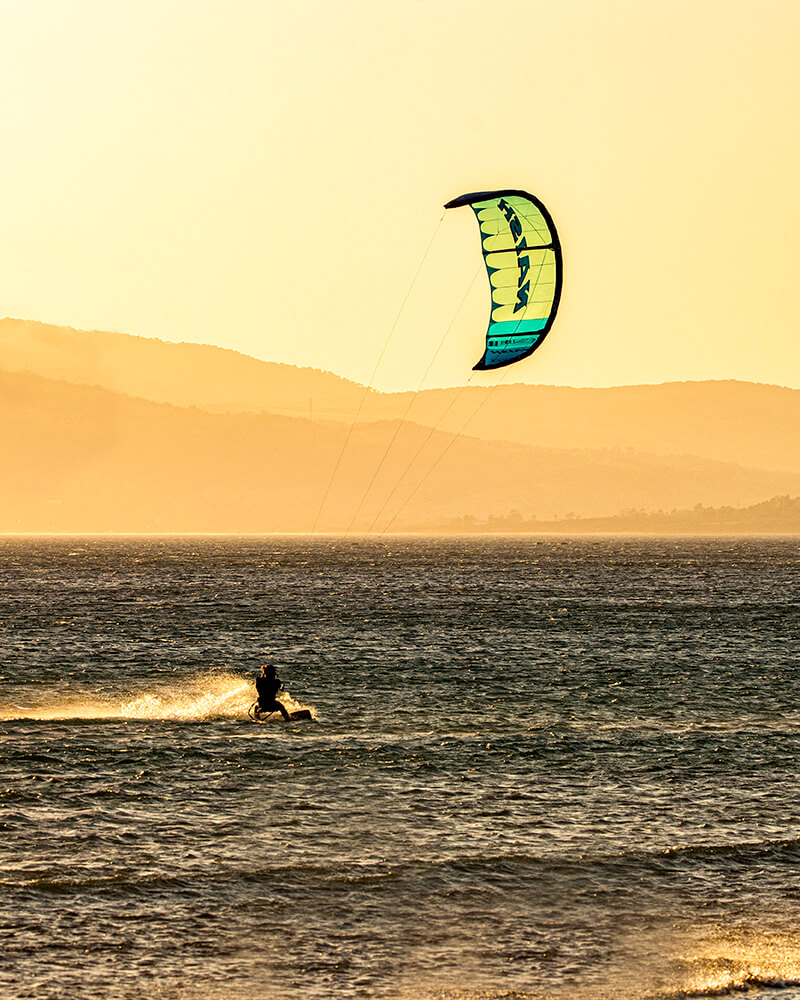 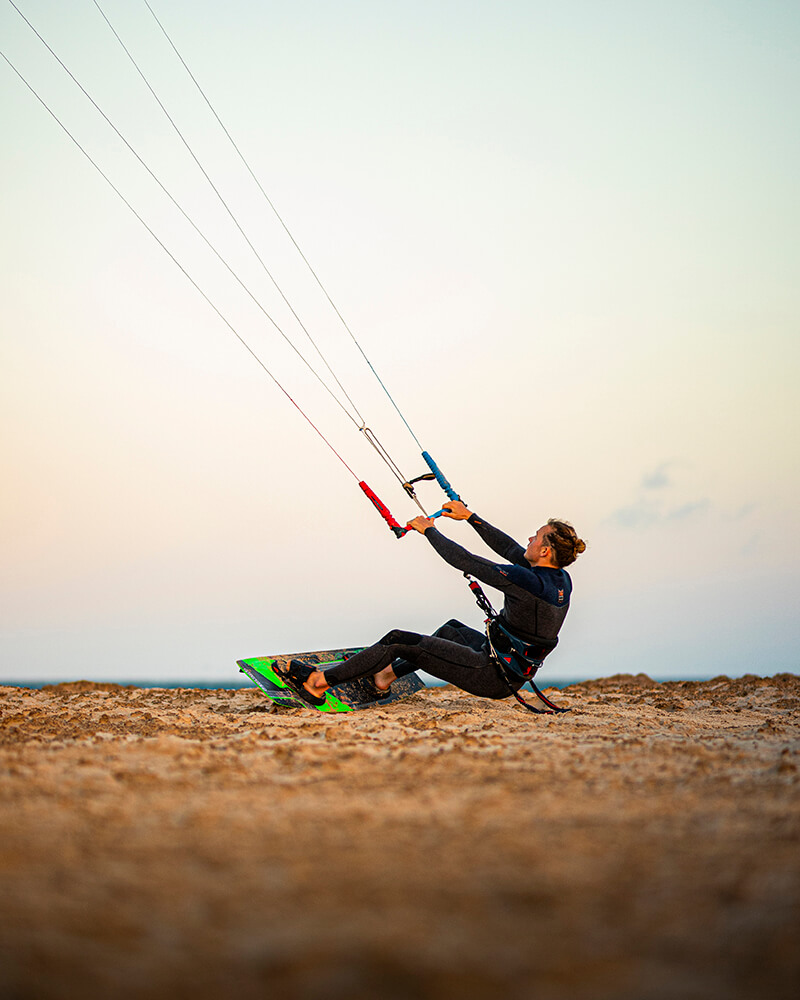 I arrived in Tarifa and met up with Antonio, and we decided to shoot the following day at sunrise. I woke at 6am to head down to the beach before the sunrise and set up. We decided to shoot with the water housing that first day. We got the most amazing sunrise and absolutely everything was perfect, but there was one thing we slightly forgot about… A water housing works brilliantly and can create some amazing photos, but it doesn’t like shooting into the wind, especially not with a lot of chop… So our first sunrise session failed. Now we had just one sunrise left… The next day was ridiculously strong, blowing around 45 knots and with absolutely zero kickers to get a takeoff. I was struggling to hold my edge and I am definitely someone that loves kickers and isn’t the best at taking off on flat water, so that was quite a struggle for me and I wasn’t able to get crazy high unfortunately. But luckily Antonio was behind the camera – a very talented young photographer from Spain, he made everything look just insane…

We also ended up shooting the sunset later that day, where the light was totally different from the morning but still very beautiful. After seeing the photos I was relieved, stoked and super proud that I had the opportunity to do such a thing for TheKiteMag. Something that was a dream as a little 12-year-old just became reality.

Antonio: This mission with Stig was so insane! When TheKiteMag asked if I was able to do a photoshoot, I immediately checked out the weather conditions. Looking at them I knew that this mission was going to be challenging, with 40 knots of strong Levante on its way to Tarifa. When I met up with Stig I told him my idea, which involved waking up early to get one epic shot. On the first day we went to my local spot Balneario before sunrise, and as Stig has said we decided to shoot with my water housing and me in the water. But it was so difficult to take an epic shot and with the wind coming straight onto my housing, it was impossible to shoot as we had planned. So we headed home, a little despondent, but with another idea for the following day. We returned to the same spot at the same hour, and even though it was windier than the first day, we didn’t give up. As we planned, I went to a slightly different spot but with the same angle, and this time without the water housing, and we finally got it, the shot we were trying for. The best thing is that we learnt a lot from the first day and learnt that even if things do not go as we expect, make the most of second chances. ■ 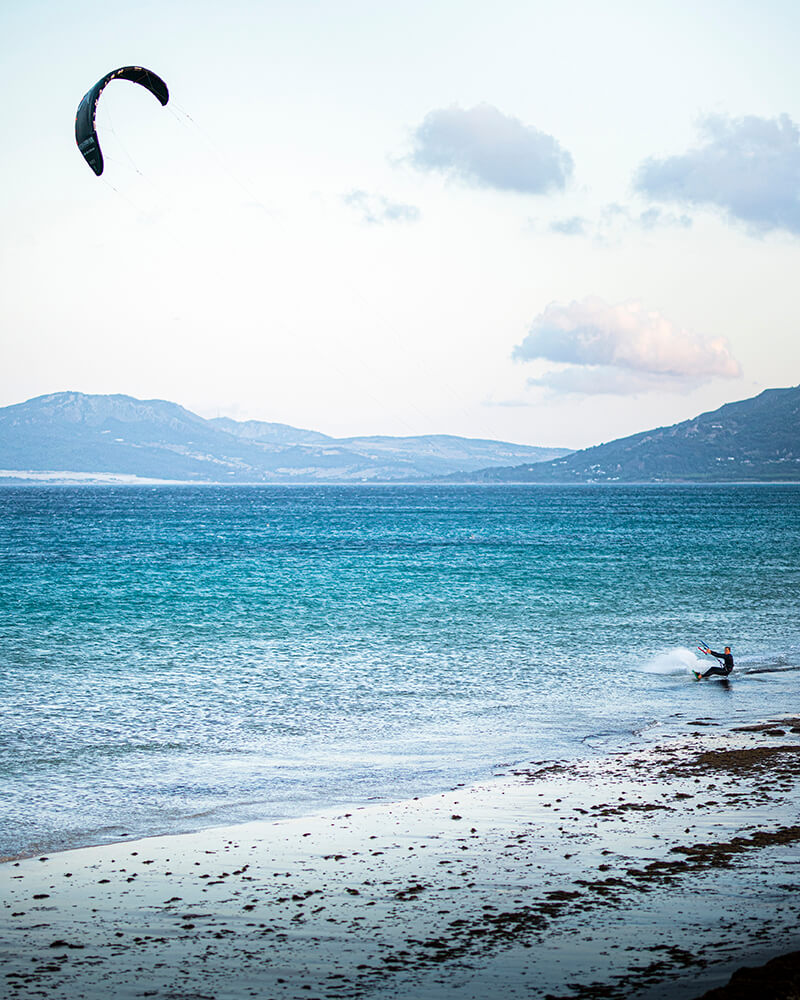