Beautiful start to the 13th Master of the Ocean 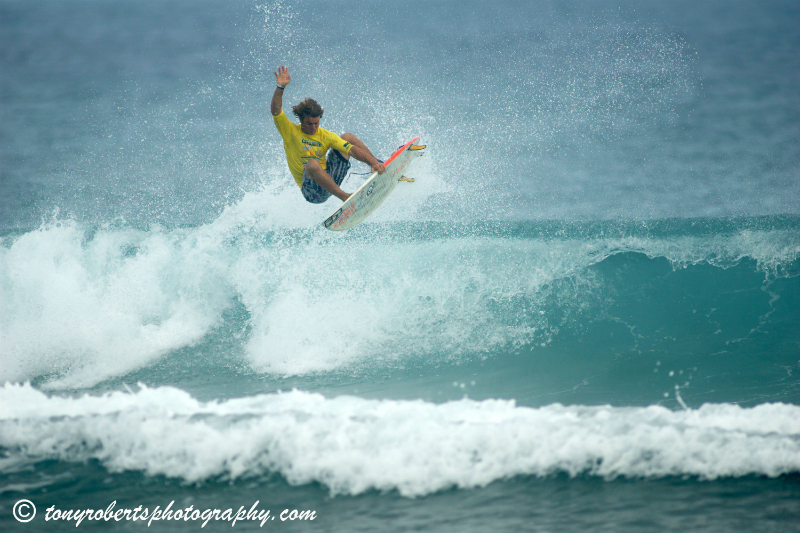 The 13th Master of the Ocean event began in style yesterday morning. After a week of rain and cold temperatures, the weather on the North Coast of the Dominican Republic came good in time for the competition. Stage was set, and the athletes went at it with gusto! 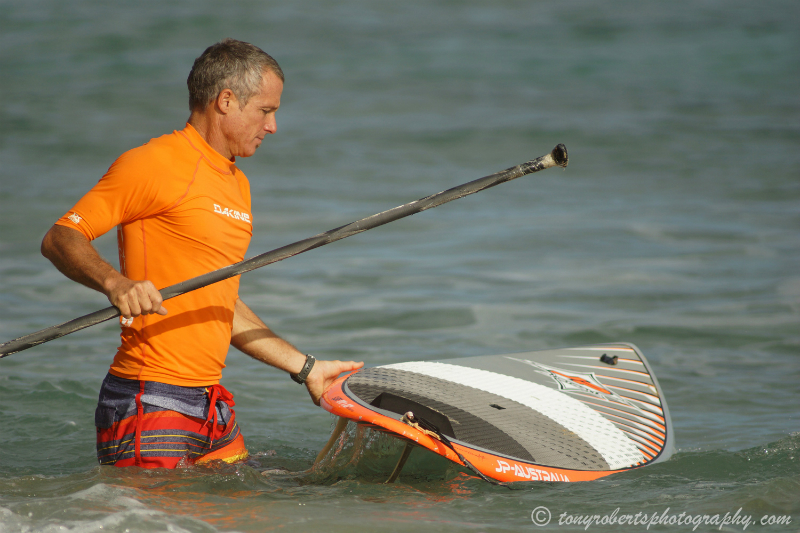 An amazing crowd came to show their support for the athletes and enjoy the spectacular view whilst being entertained throughout the downtime by beach DJs. Thirteen overall water athletes of the highest level competed against each other throughout the morning, in both the surf and stand-up paddle disciplines. Four heats were completed for each discipline with four or three riders in each heat respectively. 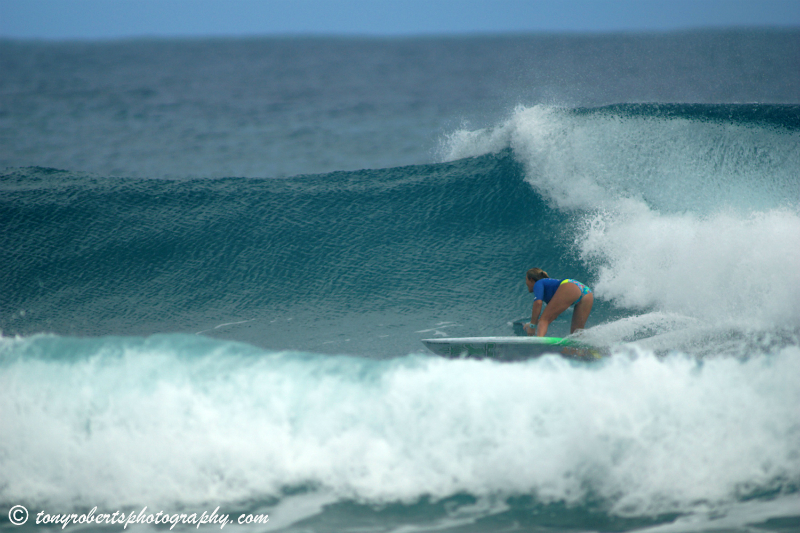 A morning highlight happened during the second heat of the stand-up paddleboard contest. The only female overall competitor, Fiona Wylde (winner of the female Master of the Ocean title in 2014) won the quarter finals outright… “The waves were really good and very rippable; it was absolutely amazing to be out there”, remarked Fiona, “And of course it would be fantastic if I manage to keep on beating the guys in the next rounds!” 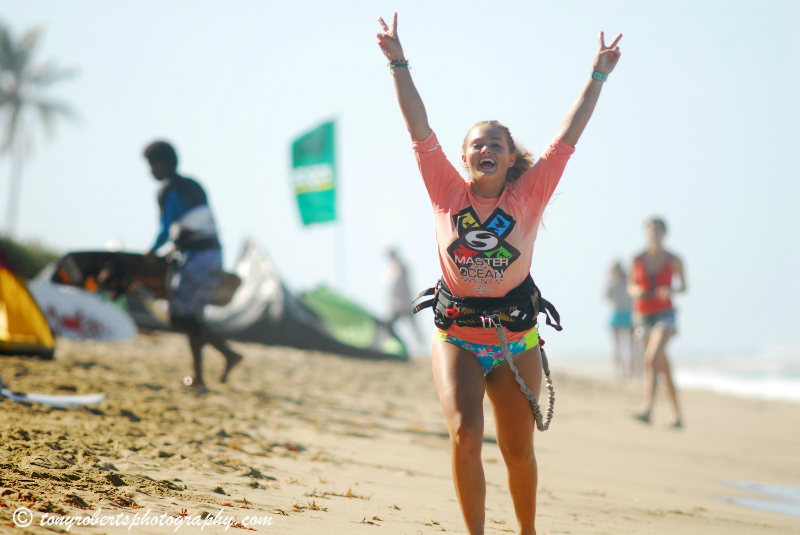 Israeli Omri Hazor had an auspicious start to his first run at the Master of the Ocean, winning both his surfing and stand-up paddling heats. Keen to get back in the water after his heats to keep surfing, he made a smart decision to stay out of the water and rest up after nailing his knee during practice the day prior. “I love it when the ocean is my playground, it’s great to be out there with just three other guys and pushing each other’s boundaries, I just can’t wait to get back in”, Omri added enthusiastically. 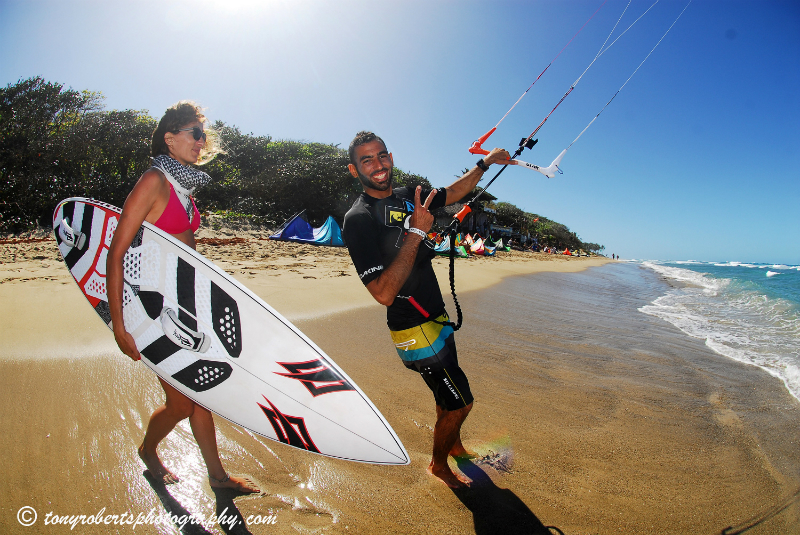 Diego Anta, overall competitor from Spain and a 2014 Master of the Ocean finalist, was also sporting a war inujury in the form of a big black eye, after his board hit him during practice the day before. But it didn't stop him getting amongst it and gunning for another place in the finals. Diego explained that one of the main reasons he loved this particular event is the fact that riders are super supportive of each other… “I guess it’s because no one is really good at all four sports at the same time, so we’re all just out there to mainly have fun, and we really do have a lot of fun!” 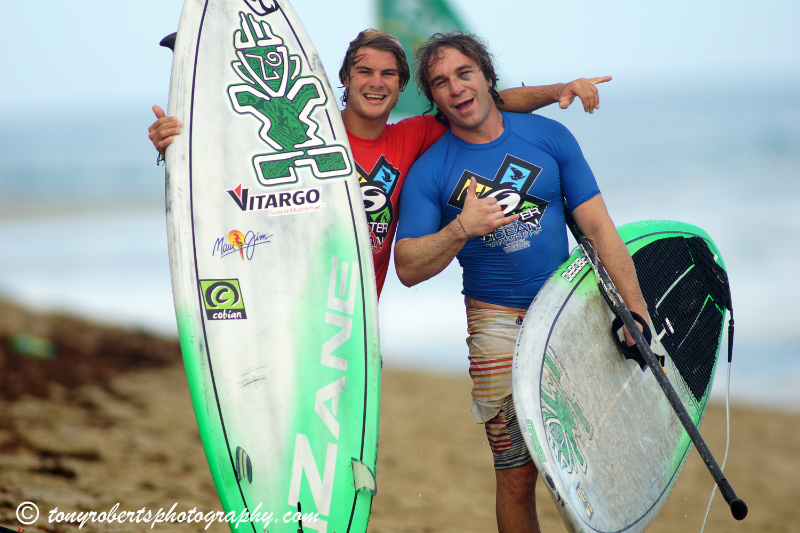 The wind picked up nicely in the afternoon, with gusts of up to 22 knots, and four heats were organized in the kitesurfing category. The competitors did a great job and the crowd got to see some amazing tricks, especially from some of the local riders. Three out of the four heats were won by Dominicans: Brandon Sanford, Emmanuel Rondon and Samuel Perez Hults. Olympic windsurfing medalist Michael Gebhart won the third kite heat.

Todays sessions include the semi-finals of the overall competitors and the quarter finals for the windsurfing category (if the wind plays ball..). We'll have a round up of all the action and results from today soon. 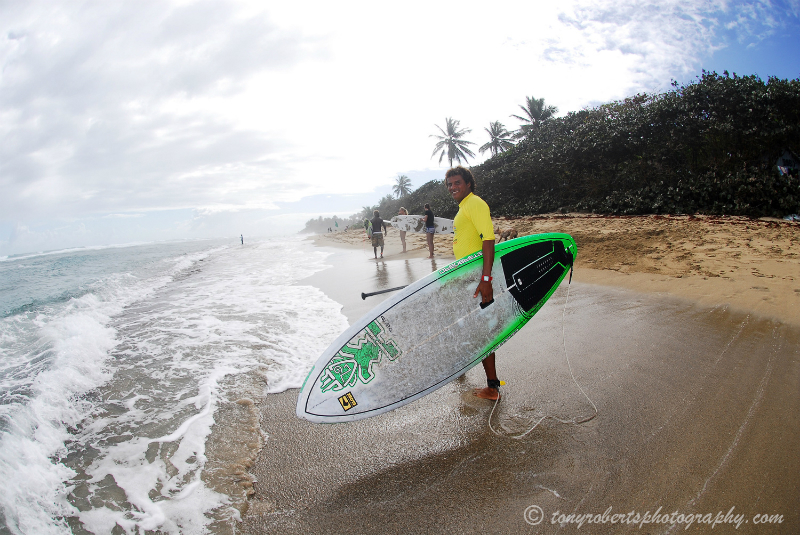