Behind the Scenes: Tall Girls Trippin

Words by: Zuza Czaplinska blogs on the friendship forged and fun times had in her latest film, Tall Girls Trippin'

Malin and I were introduced to each other during one of the beach parties on a small Philippino island called Boracay, all the way back in January.

I remember that the first thing I said to her was ‘Wow! You are so tall! This is the first time I’ve met a kitesurfing girl that is as tall as me!’ And she replied ‘Yeah! And I actually think being tall is a beautiful and special thing.’

Later on we ended up competing at the same kite event, one thing led to another, we became friends and a few months later our little collaboration project ‘Tall Girls Trippin’ has come to life.

We actually created this little project as a joke, during one of our chat conversations. We were discussing our plans for the upcoming months and somehow it turned out we had very similar goals and wanted to do pretty much the same things. We both were hooked on kiting and wakeboarding (well, Malin was, I was still half-considering the wake part but very eager to give it a shot). We both were thinking of the same countries to travel. We both just wanted to have pure fun, to not take ourselves too seriously and to try and squeeze as much out of this amazing kiteboarding life as we can.

Between one sentence and another a wild idea was born: since we in fact do have similar plans, why not team up, grab a few GoPros and go through all of it together, documenting our adventures as we go? After all, no matter how you look at it, two kiting girls are always better than one.

The whole concept was sitting on a shelf for a while, until last month when the perfect opportunity presented itself.

Malin has been in Egypt for a while already, shredding it both behind a kite and on a cable and so, when it turned out I could actually shuffle things in my schedule and join her for a short visit, it was a no brainer to pack my things, buy a ticket to Africa and fly over to one of the best Egyptian destinations – El Gouna.

The first few days were not particularly windy, and so we spent them fully in the El Gouna Sliders Cablepark. Seriously, what a place! It’s Malin’s favorite spot to be when the wind is not pumping and so of course she showed me around and introduced me to the staff and all her friends. We also did some serious chilling-out in the pool while discussing the upcoming days. Not a bad start at all! 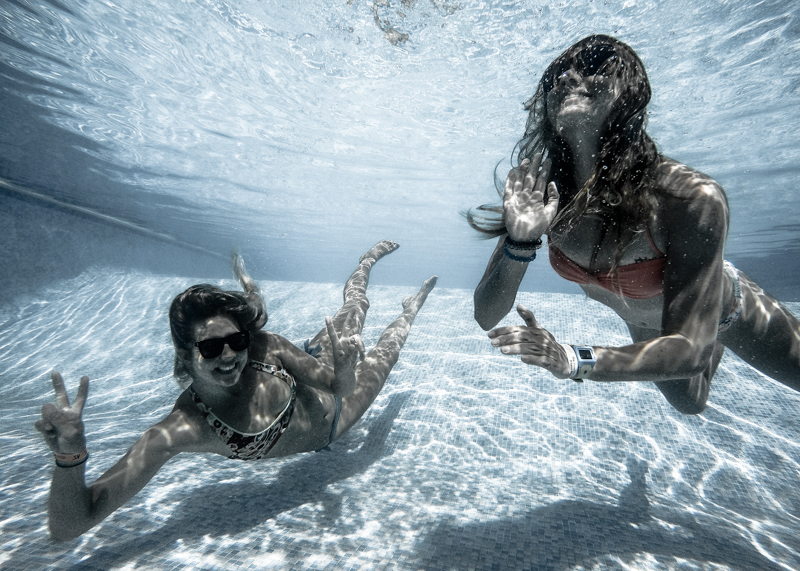 Sliders really has it all – a restaurant, two pools, a shop and not one, but two big cables with various obstacles! The additional thing is that you ride laps there in opposite directions, so it’s a perfect place to learn how to be more versatile with what you do. Not to mention that they have quite a collection of obstacles: there’s an uprail, an elephant, a rooftop, a funbox, an easyrail for noobs like me, multiple kickers and some other fun stuff over there.

I would say it’s perfect for beginners and intermediate riders who want to get really well prepared before going somewhere like Thailand or the Philippines and shredding it on the really massive obstacles over there.

For me that was a first proper visit to a big cable park ever (well, I’ve been in CWC in the Philippines for four days before, but as that was my first time wakeboarding, I didn’t really try much over there…) and so I was more than eager to hit various obstacles for the first time! Not to mention that most of the time Malin and I were riding doubles, which has increased the level of awesomness by about infinity.

There really is nothing better than your buddy shouting “YEAH, GO FOOOR IIIIIIIT! Woohoo!” to make it about as fun as it can be. 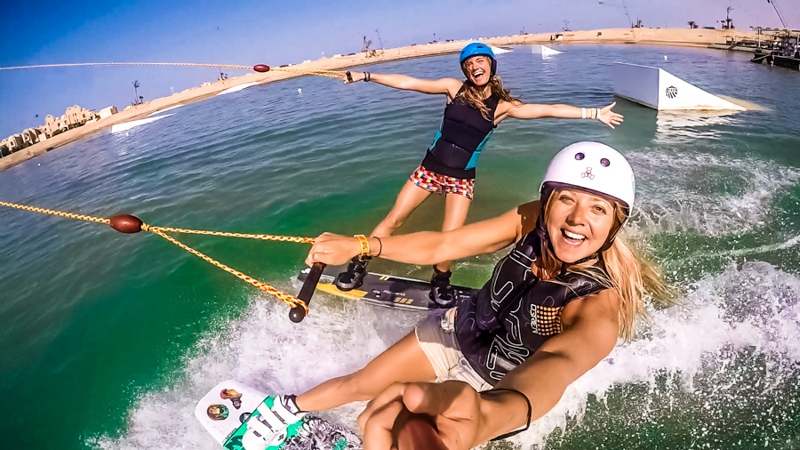 Since we had very limited time and wanted to film as much as possible, most of the time one of us would hold the GoPro (or two) and try to capture everything that was going on. We rode doubles with the GoPro, we walked around with the GoPro, we swam to the obstacles to film each other with the GoPro. It’s amazing how well our cooperation went! 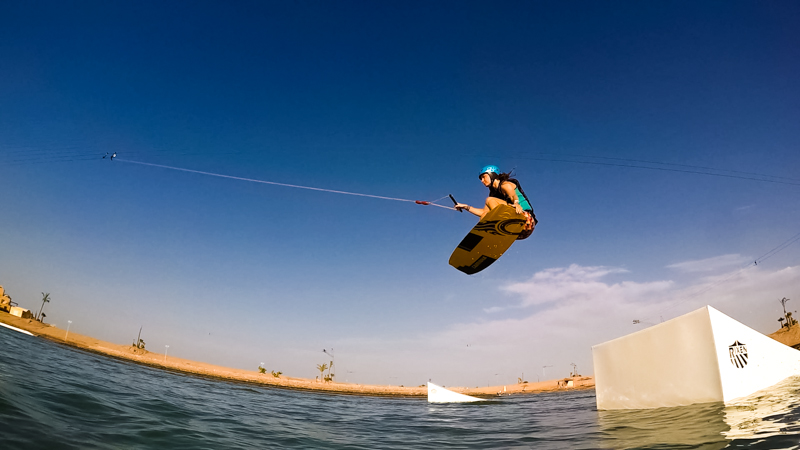 You would kinda think that girls would be more self-centered and competitive, but in our case it was exactly the opposite. We were always equally sharing the riding/filming time so that both of us got the same amount of content, it just came naturally that you had to sacrifice part of your riding time for your friend.

And it actually was super fun not only to be filmed but also to film my buddy and encourage her to go bigger and try new stuff for the camera! It involved a lot of whistling, shouting and laughing at all the stupid stuff and funny crashes. Gold. 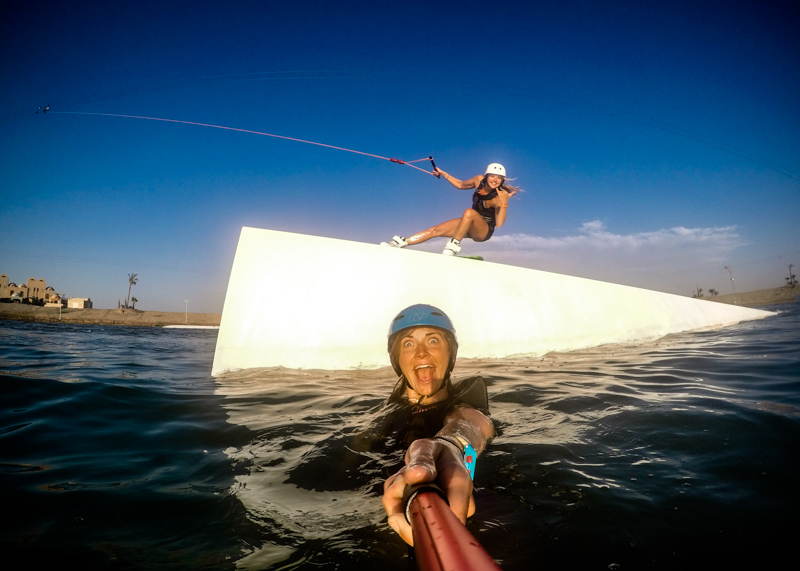 It was a massive learning curve for both of us and we definitely know now how to film better and how to organize things so that we get more content in good quality for our future projects together.

There is a lot about angles and positioning of the camera (and the GoPro can be pretty difficult to work with, if you are not careful you get this massive full HD video which is… well, crap) that we didn’t know before and had to learn on the job, but it was a really good lesson and we both profited from it. We both can’t wait for our next trip together so that we can put our new knowledge to the test!

I feel like I’ve learned a lot and after this short visit to Sliders I can safely say that I am absolutely hooked on wakeboarding now. I cannot wait until my next session and even though kiteboarding of course is a priority, I know both Malin and I want to spend as much windless time on the cable as possible during the upcoming months.

I am back home in Poland at the moment, so I guess all that is left now is to frequently visit my local cable to get to some presentable level before I go abroad again 😉 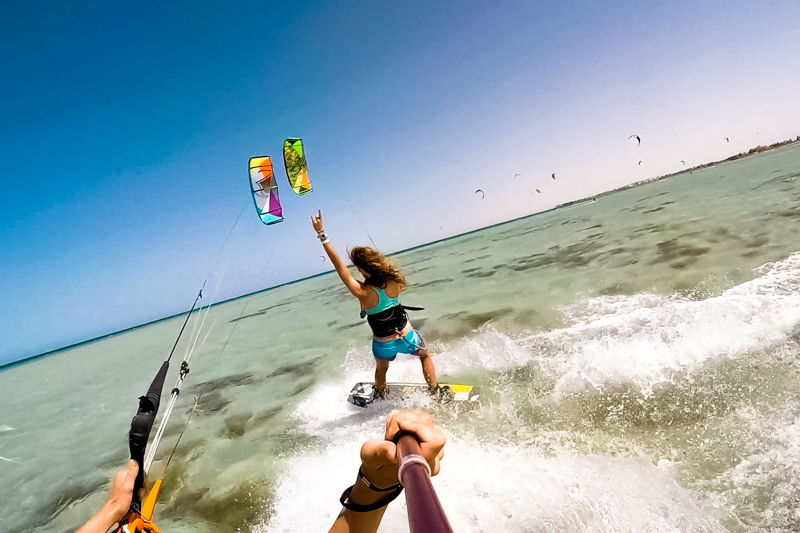 After three full days of riding and filming in Sliders, we felt we were getting a bit burned out, so it was perfect that the wind started blowing again. We said our goodbyes to all the staff at the cable and moved on to the thing we love best – kiteboarding!

El Gouna offers pretty good kiting conditions and if you know where to go, there are a few deeper ‘pools’ where the water is flat, the bottom sandy and even during low-tide you can get a nice and safe session in. 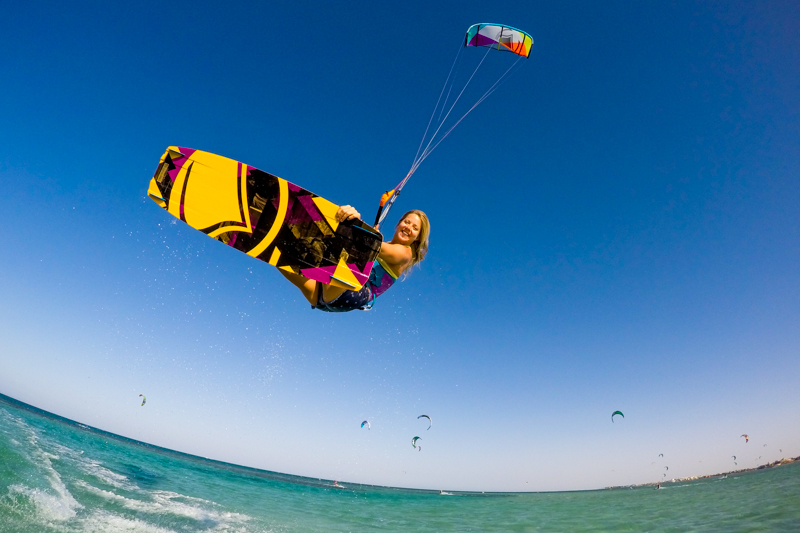 As we haven’t been riding together for a long while, at the beginning we both spent way too much time on doing silly stuff and just acting like idiots in front of the camera. Let’s just say that a lot of the footage that we have will hopefully never be revealed to the general public… 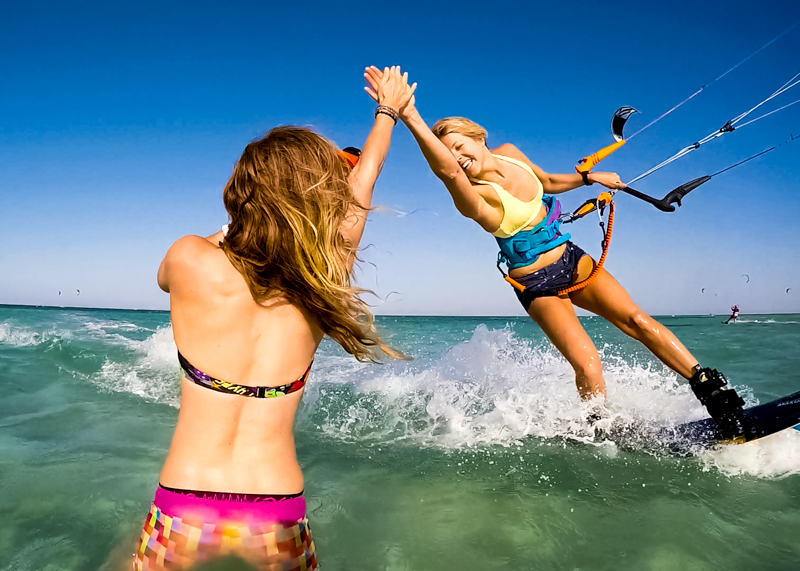 At some point we have realised though that it would be nice to maybe do some actual riding and we have managed to squeeze a bit of freestyle time before the day was done. The wind wasn’t perfect and my riding sadly has been extremely inconsistent for the past few months (this is what happens when you haven’t had proper training since January I guess…) but I had tons of fun!

It was pretty hard to concentrate though when my buddy was hopping around in the water, doing funny stuff and shouting at me – thanks, Malin 😛 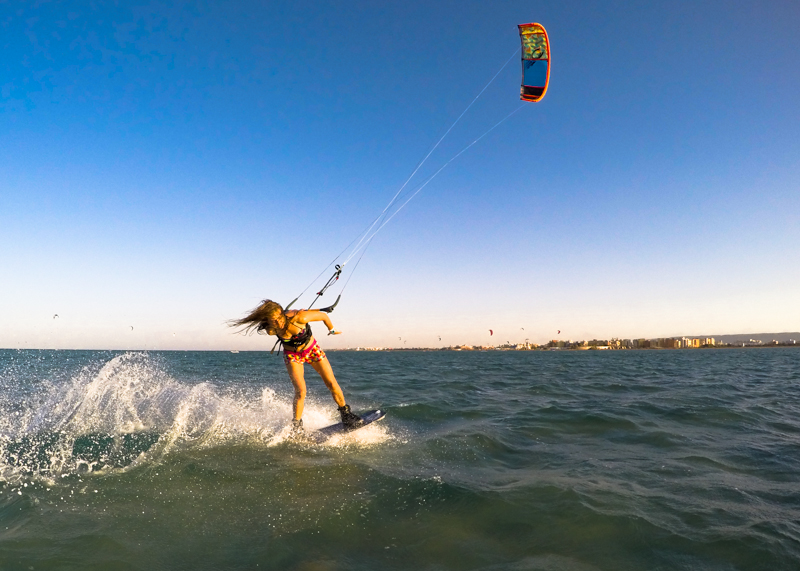 This whole trip was loaded with fun and good vibes and I really wish it was a longer one. I am now back home in Poland, getting ready for a full month of cable riding in Warsaw before I fly out to Sri Lanka to FINALLY kite again, and Malin as of now is enjoying her last weeks in Egypt before she flies back to Norway for the summer.

We won’t see each other for a bit, but we already have more adventures planned for the future and when I think of them, I feel super excited! High-five buddy, sending some girl power vibes your way and until next time! 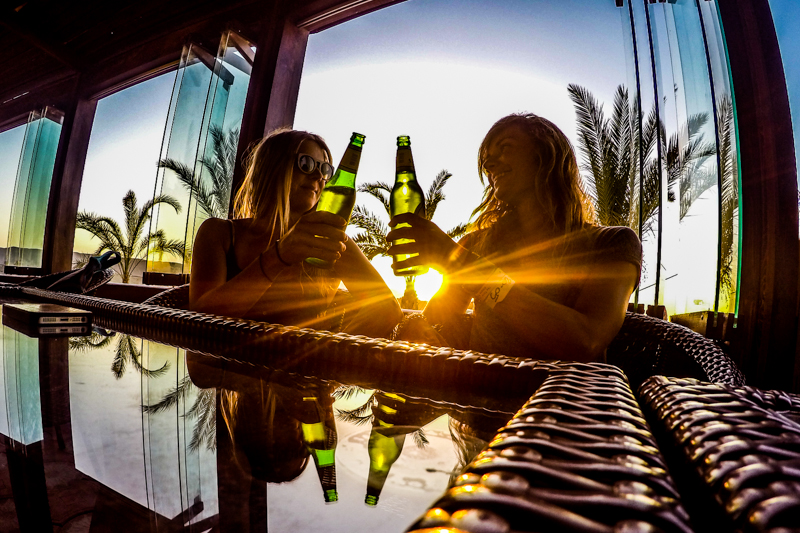 May the wind be with you, Zuza.