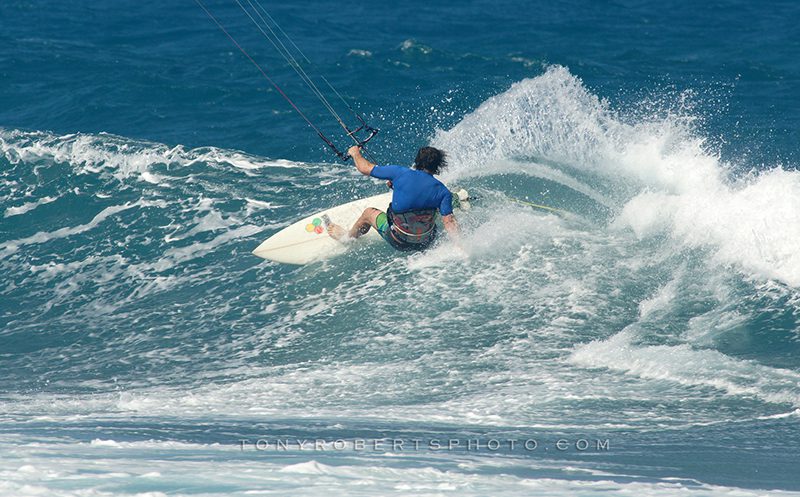 Day 2 of Master of the Ocean

The second day of the 2015 Master of the Ocean event began well… the weather was perfect, with great sunshine and swell, making for optimum conditions to hold the surf and SUP semifinals for the overall competitors. Cameras of all sizes vied each other for the best shot, as well as two drones which, every time they took off or returned to the beach, caused havoc among the pack of eleven beach dogs. 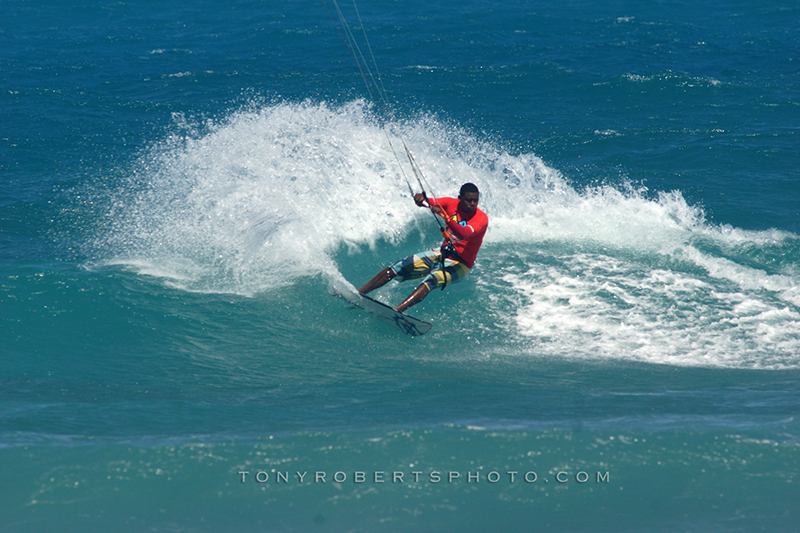 Hardcore fans rocked up early, with many more people joing them throughout the morning, with all focused on watching the action ahead.

“Competitors are much stronger this year than last year”, explained Zane, who travels ten months out of twelve to compete in water tournaments around the world. “The conditions are also pretty good this year, which helps bring out the best in everyone.” 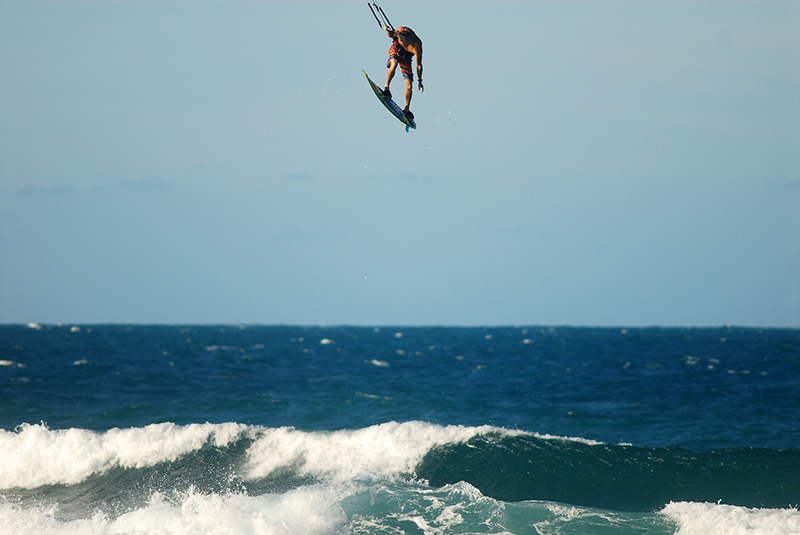 Local surf champ Brandon Sanford did great in both the SUP and surf semifinals, and will be going on to the finals on Thursday, as should windsurfing legend Brian “Action” Talma, although the jury members have not yet decided at the time of publication whether it would be Brian or Diego Anta who will qualify for the finals, although Talma remained positive: “It’s really great to be here again as all the other competitors are so supportive of each other. Even during the kite quarter finals yesterday afternoon, which is not my strongest sport, I had so much fun just because everyone is so mindful and generous.” 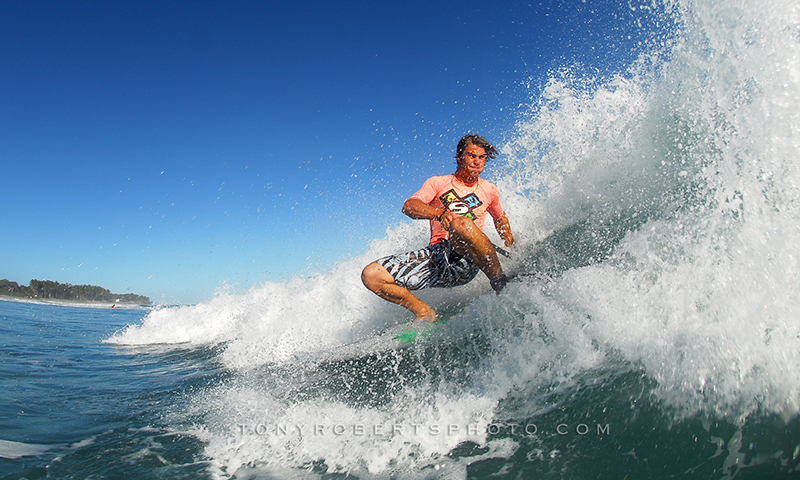 Olympic windsurfer medalist Michael Gebhardt, who was the only non-Dominican to win one of the four kite heats on Monday afternoon, explained that the competition conditions were not too easy yesterday afternoon… “Relatively strong waves, wind of around 15 to 18 knots and a strong downwind current made it hard to stay upwind yesterday”, Michael explained, while fixing the fin on his windsurf board, “The wind is forecast to be stronger this afternoon and hopefully we can then start the windsurfing heats”.

Six Master of the Ocean teams, with four athletes each competing in one category, started their race for the title today, which saw the surf team members getting in the water in the late morning. By then the wind had picked up slightly, but all went at it with gusto, and ripped! 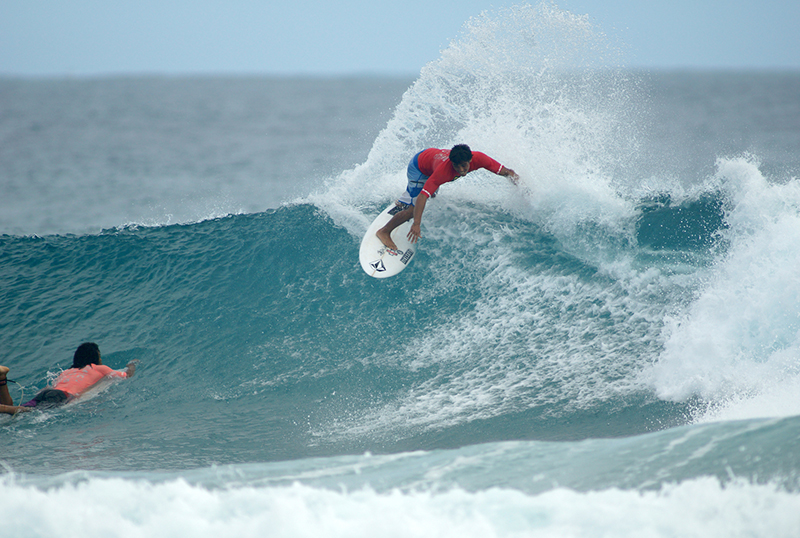 The action continued in the afternoon with the wind picking up nicely, creating perfect conditions for the kitesurfing semifinals and the windsurfing quarter and semifinals. The Dominican athletes showed that Cabarete is indeed the Caribbean kitesurfing capital, and were absolutely amazing in the kite semifinals. So good, in fact, that the finals taking place on Thursday will be an all Dominican affair with contenders Emmanuel Rondon, Luciano Gonzales, Samuel Perez Hults and Franklin Mieses Montan in the line-up. 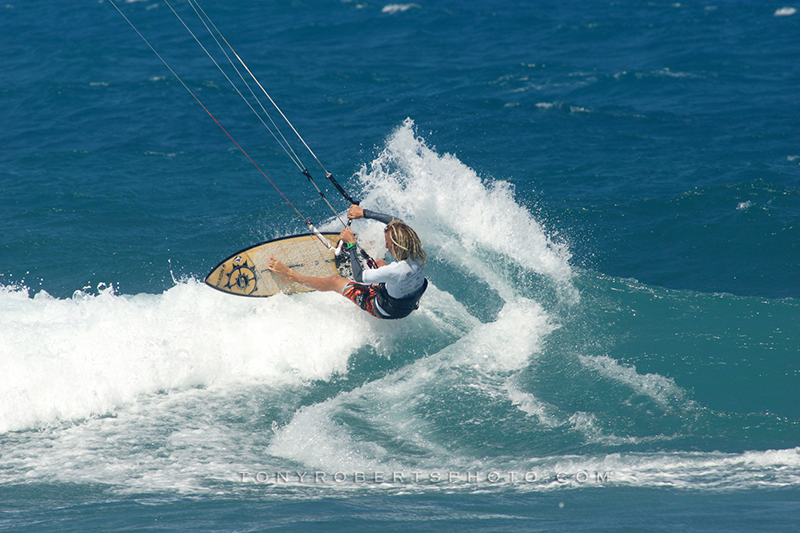 The good sportsmanship that has shone throughout this event was evident again when, during the second kite semifinal, Spanish rider Diego Anta lost his kite during a trick because he had lent his leash to another competitor and decided to ride without one. Would-be competitor Kelvin Coniel jumped straight into the water to bring Diego another kite so Diego could continue, but unfortunately this act of altruism did not help him get into finals. 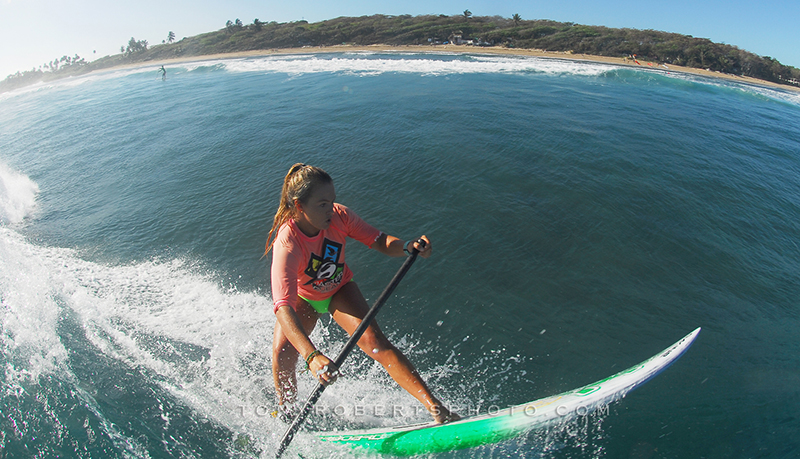 Pumping reggae beats and great vibes on the beach formed the background to the windsurfing quarter and semifinals, with competitors making use of the stronger afternoon winds and the well-formed waves to do some insane tricks. Asides from Fiona Wylde, who is already qualified for the finals, Zane Schweitzer is a favorite lined up for the overall windsurfing finals. They will be joined by Israeli athlete Omri Hazor and Dominican favorite Samuel Perez Hults.

Team kiting members quarter finals, Christo Salva team member Diego Anta qualified for the finals as did Emmanuel Rondon for Team Terminator. The winner of the semifinals will be the third competitor in the upcoming team kite finals.