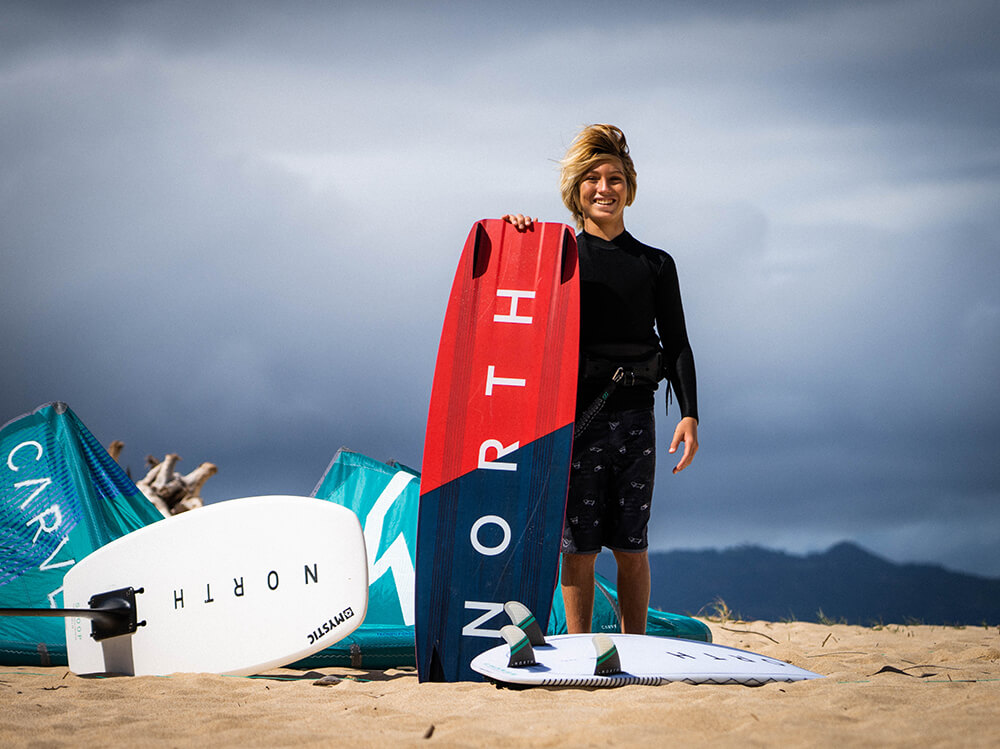 Growing up on Maui, Marley's childhood has been infused by local legends, not least fellow North teammate Jesse Richman, who calls him “The coolest, most hard-core shredder I’ve ever met”.

At only 12 years old, Marley is already an accomplished wing foiler, as well as being al all-round talent in kiteboarding, foiling and surfing.