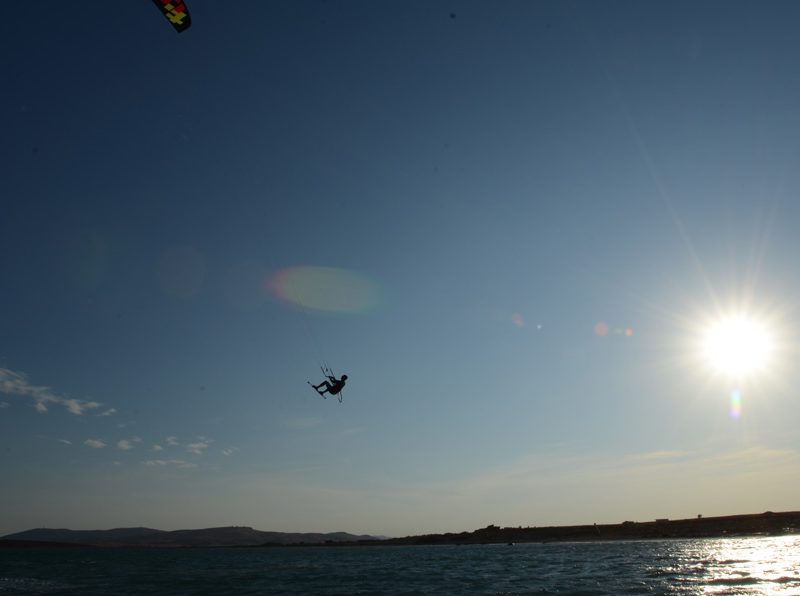 My time in Surf Club Keros #2

Words by: In her second Club Keros blog, TKM designer Jody scores the wind and waves...

Day 3 at Surf Club Keros, Limnos, Greece and the wind and swell has arrived. Unfortunately we didn’t make it to Ghomati as the guys left at 04:30am and we’d enjoyed the wine the night before. Headed down to the sub station on the beach. It was like two kids in a candy shop. Oodles of wind, the latest Cabrihna Radar kites, directional and twin tip Cabrihna boards, JP freeststyle, freewave windsurf boards and Allstars sails all rigged and ready to go.

The wind was cross shore 25knots in the morning, dropping to 15-20 knots in the afternoon. Blazing sunshine (again – sweaty knee caps) and the set up was really good. To the east of the bay is glassy flat water for freestyle, with bump and jump to the west side of the bay, and a small wave spot further west still so you can take your pick depending on how you feel. Tommo (the legend) head instructor who spends six months of the year here and the other 6 months coaching the pros in Cape Town gave an awesome beginner lesson – so good that one of the beginners was up and riding by the end of the first day. 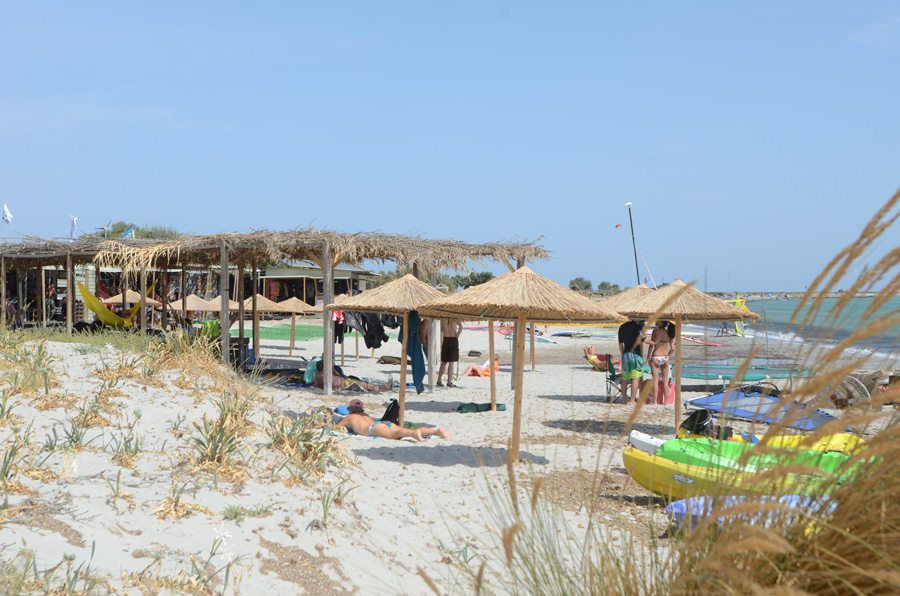 One thing that really struck us was how kid-friendly the entire camp is. On the beach there was a massive trampoline that kids (and adults with good bladders) could play on, as well as shaded areas, bean bags and clean showers and toilets.

After 7 hours on the water (with a half hour frappuccino and sarnie break at the shack) we decided it was beer o’clock, thank God it was only a 200m walk back to station at Surf Club Keros. 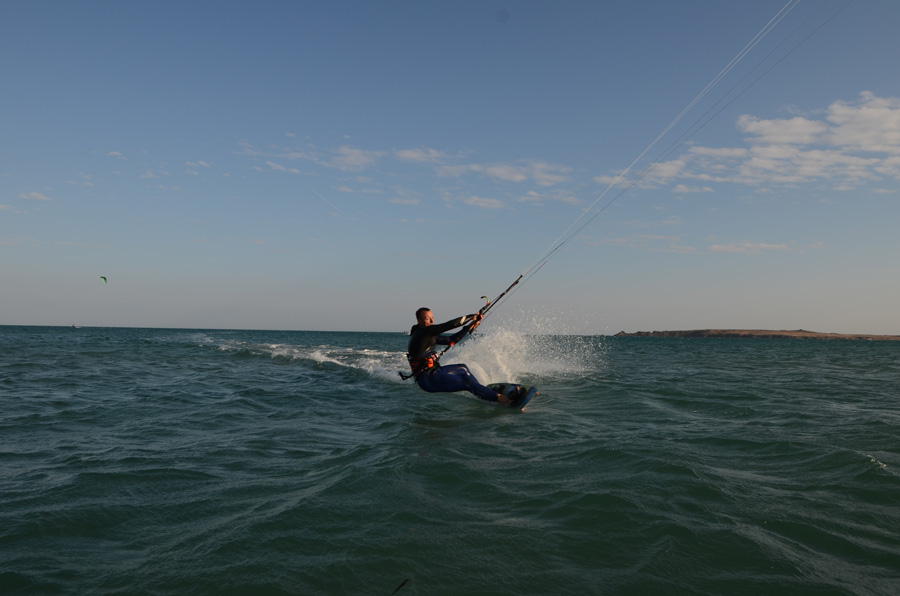 Day 4 – another early start, big breakfast and lots of lovely fresh coffee at Surf Club Keros, and a leisurely stroll down the beach. Super windy and still only about 30 people out over a 2 mile stretch of beach with a 50/50 split of windsurfers and kiters in their designated ‘zones’. 35knots cross offshore all day long. Great morning for freestyle windsurf lessons, Vulcans and lay down 360’s and after a spot of lunch an intermediate introduction to kite back rolls and some wave-riding tips with s-carve practise and some unhooked riding – which surprisingly (with Tommo’s awesome instruction) was not as scary as I have always been led to believe. 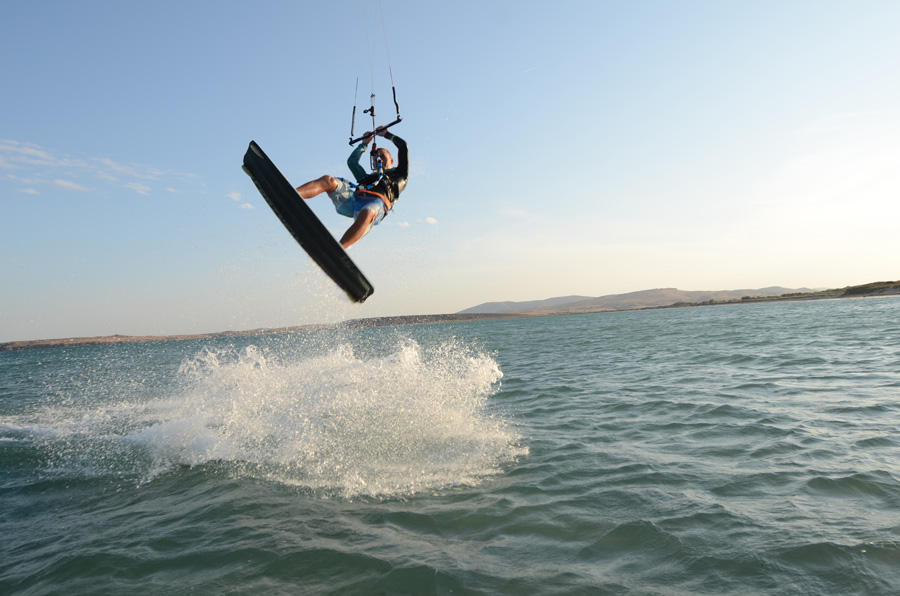 It was awesome to see all of the instructors head out after work and show us how it’s done. Double kite loops and handle bar passes going on everywhere – with some very big smiles. The guys that work there are all so obviously passionate about the sport itself, which shows when they are teaching but when they are up and riding for themselves it’s truly evident. 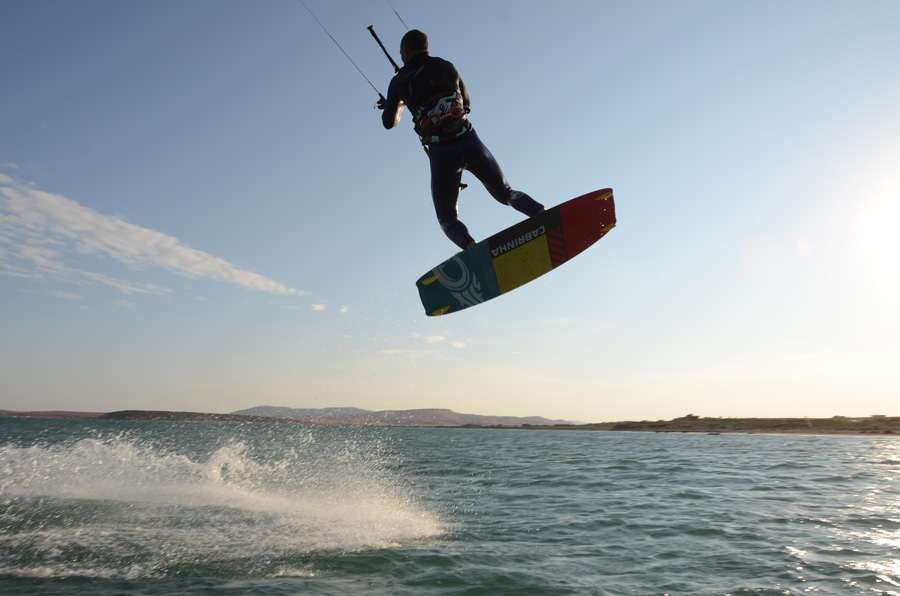 We were recommended by the locals to venture off camp to a village called Lychna to get a bit to eat. We walked through the streets of the sleepy village to find a buzzing square and an incredible restaurant serving tapas and good wine.

Now we’re feeling super inspired and ready for the Ghomati session tomorrow… time to (hopefully) get amongst some proper waves. 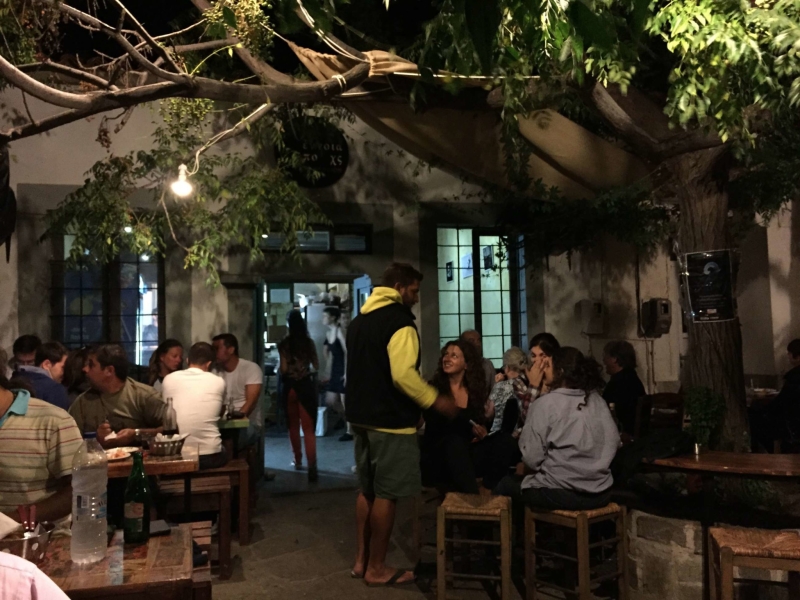