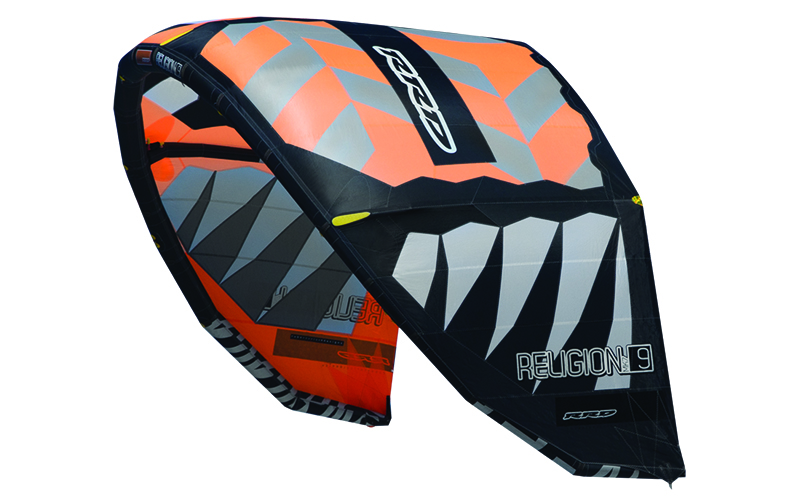 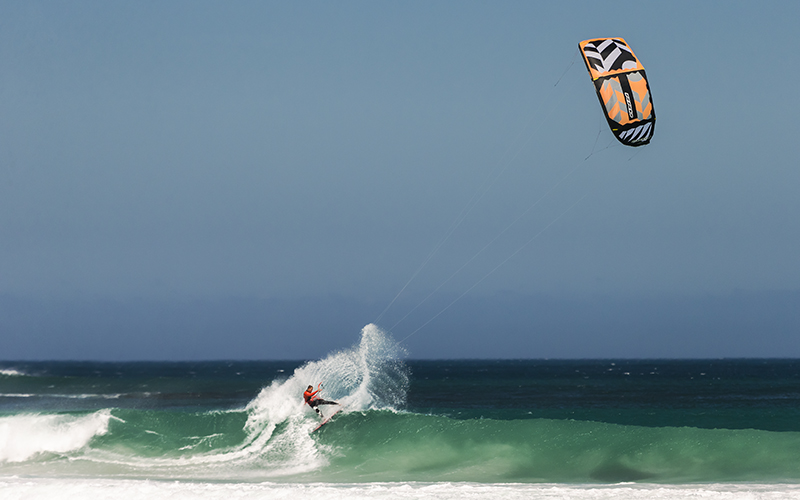 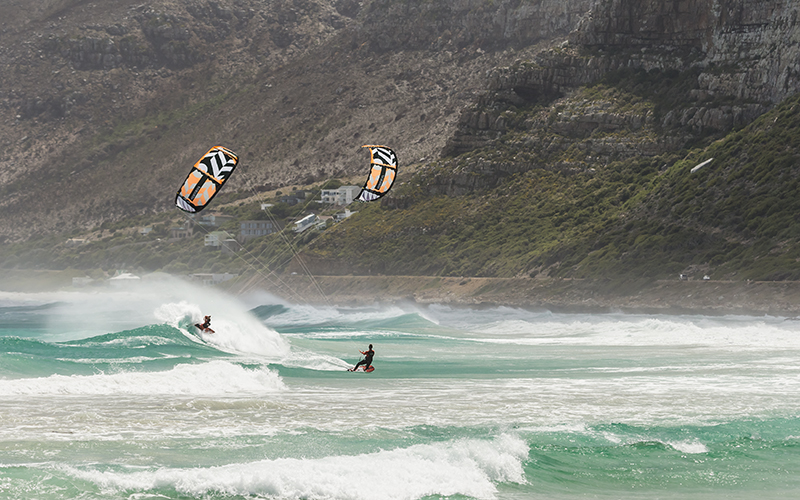 The Religion has always been a kite which has given RRD some genuine kudos – it is a pure, no compromise wave rider’s kite which has been consistently refined over the last seven years, and there are few other kites with such a devoted following… For 2017 there have been a lot of changes across the RRD line up with a new logo, new ‘bling’ designs across the kite range, as well as some genuine developments in the design department.

The headlines with the Religion are in the construction, where a new Dacron web provides additional strength across the canopy, while additional reinforcements on the leading edge panel and radial reinforcements also improve strength and durability. Then, in terms of design, the primary focus has been on tailoring the individual sizes to ensure they meet the differing demands of contrasting conditions. So the smaller sizes have the more classic ‘boxy’ Religion wingtip, while the larger sizes have been tweaked to perform better on lighter days. Sizes 4-8 now also have onshore/offshore settings to adapt the flying characteristics depending on the conditions…

On the water and the Religion feels crisp and responsive – we felt that the low end was improved on last year and, flying the kite on the onshore settings (we had the 8m on test) the kite pivoted beautifully, enabling you to really utilize it in ‘real world’ conditions. It sat predictably in the window without flying too far forward and behaved exactly as you want a kite to in those conditions. In more ‘classic’ conditions (set to the ‘sideshore’ setting) the Religion has that nice familiar feel and an insane amount of depower. Even when the wind increased and you felt it was time to change down to a 6 or a 7m, the 8m Religion still performed very well and could be utilized in decent waves.

In a sentence: We really enjoyed flying the Religion MK7 – there are some clear improvements in both the build and in the performance and we were particularly impressed with the clear distinction in the onshore/sideshore performance. 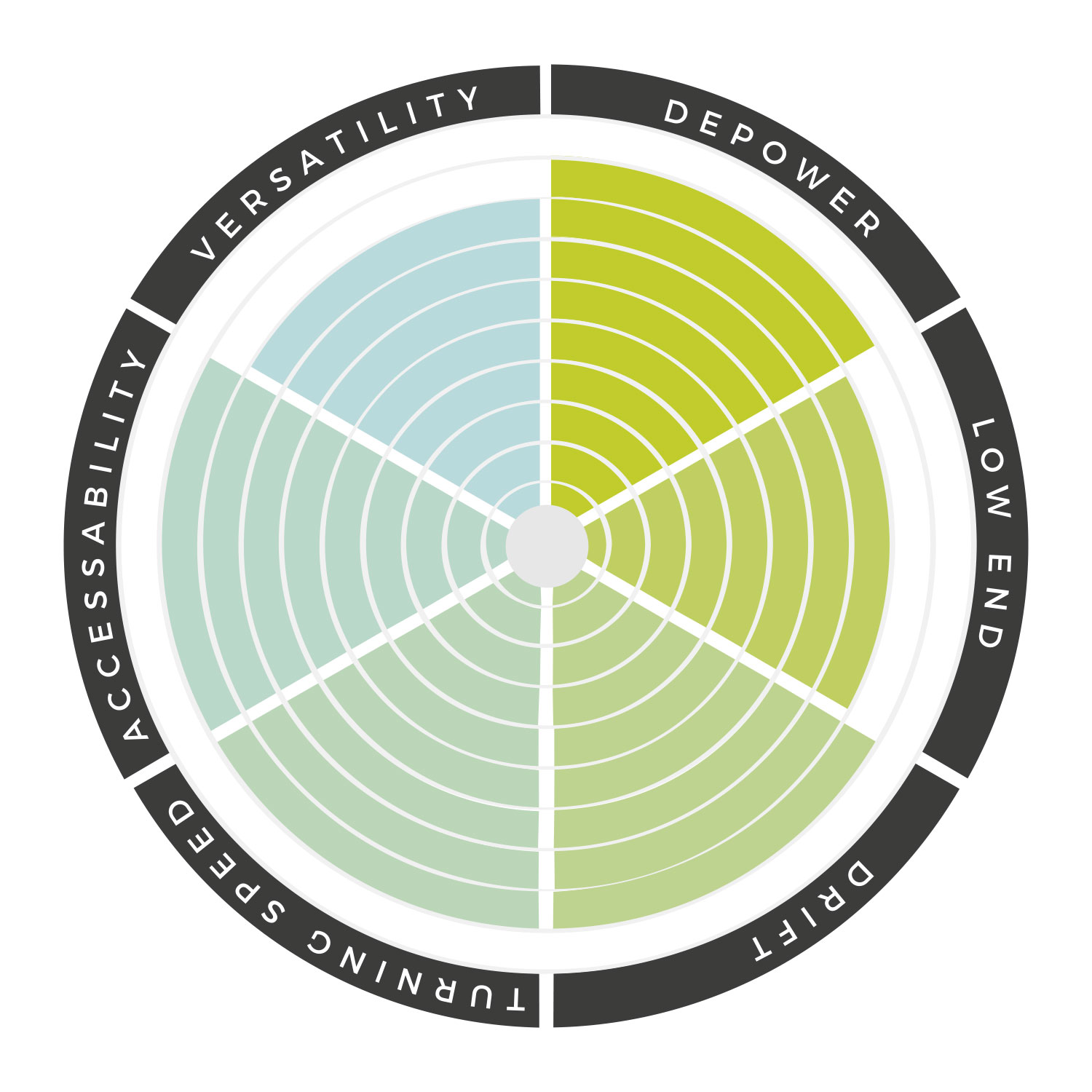