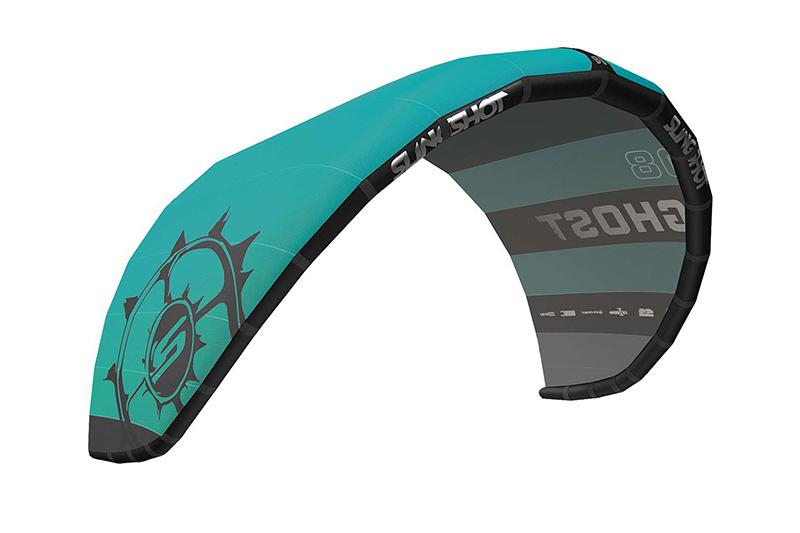 Tony Logosz at Slingshot has been hydrofoil obsessed for many years, and produces an enormous range of cross discipline flying equipment in the Slingshot range, so it was only a matter of time before they decided to fill a little gap in their product range and released a foiling-specific inflatable kite in the form of the aptly named Ghost V1, a lightweight mono strut…

From a construction and innovation perspective, the single strut is built into the canopy with the Slingshot trademark split strut which firmly integrates the strut into the canopy and minimizes any flutter. The canopy is the same 4×4 canopy from Teijin which spans the whole range for 2020. Coming over from the popular SST, the IRS bungees in the bridle help smooth out and perk up the steering. The Ghost also borrows some tech from the new Raptor, with heavily segmented wingtips further stiffening the airframe and improving turning response.

Above your head, you are immediately aware of how rounded and low aspect the Ghost is and how much static pull in can produce. Of course this makes perfect sense for a freeride foil kite, which doesn’t need to drive upwind as a primary focus, as the hydrofoil does all this for you, and this liberates the Ghost to attributes in other areas. On 20m lines the Ghost generates a positive little boost to get you going, then sits obediently lodged deep in the window producing a grunty and consistent power delivery. It sheds power fairly well on bar sheeting, but maintains that background pull essential for simplifying foiling maneuvers like tacks and foot transitions.

On turning input, the Ghost shifts itself around the sky in a stately fashion for a mono strut design and this matches the pace of those long, drawn out foiling transitions where your bodyweight is supported throughout, much like with a soft kite. Heading downwind with the Ghost is really easy, as its lower aspect design make it very stable and controllable.

Slingshot have released an extensive range of sizes from 2.5m to 17m. Whilst we tested the 8m, we’re intrigued as to how the smaller ones will work as there’s potential for some serious high wind reverse loop fun from a product that’s been developed in the Gorge and with the talented Fred Hope helping guide development.

The Ghost takes a little practice to fly initially – much like a foil kite – but once you adjust your flying style to it, the performance differences over something more mainstream make sense, and it’s very rewarding eking out those hidden attributes. You have to remember it’s relatively hydrofoil focused, and it’s not trying to compromise itself too much as a crossover kite. It’s headed in a strong design direction, and fits its remit successfully.

IN A SENTENCE: The Ghost is not your usual mono-strut kite, it is another innovative creation from Slingshot and – if foiling is your game – it is a great option. Dependable, obedient and safe but with some nice power boosts tucked away. A solid result for the SST. 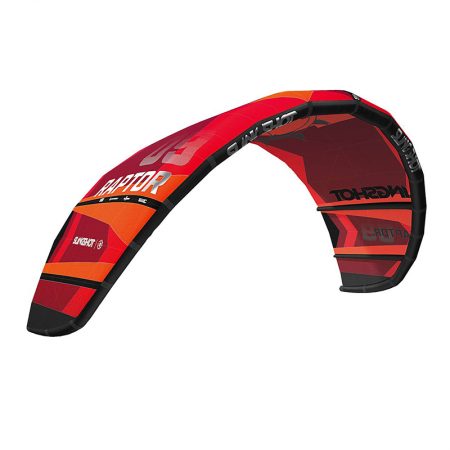 The all-new Raptor gets its dose of 2020 tech for increased performance levels... 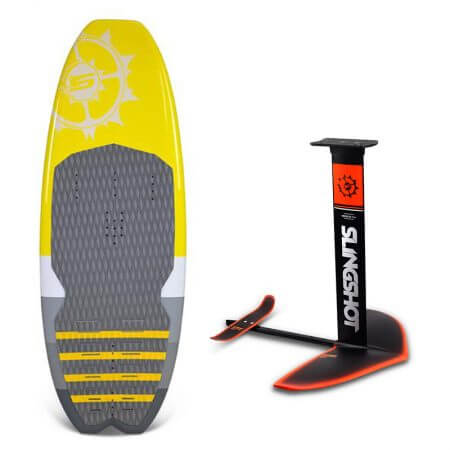