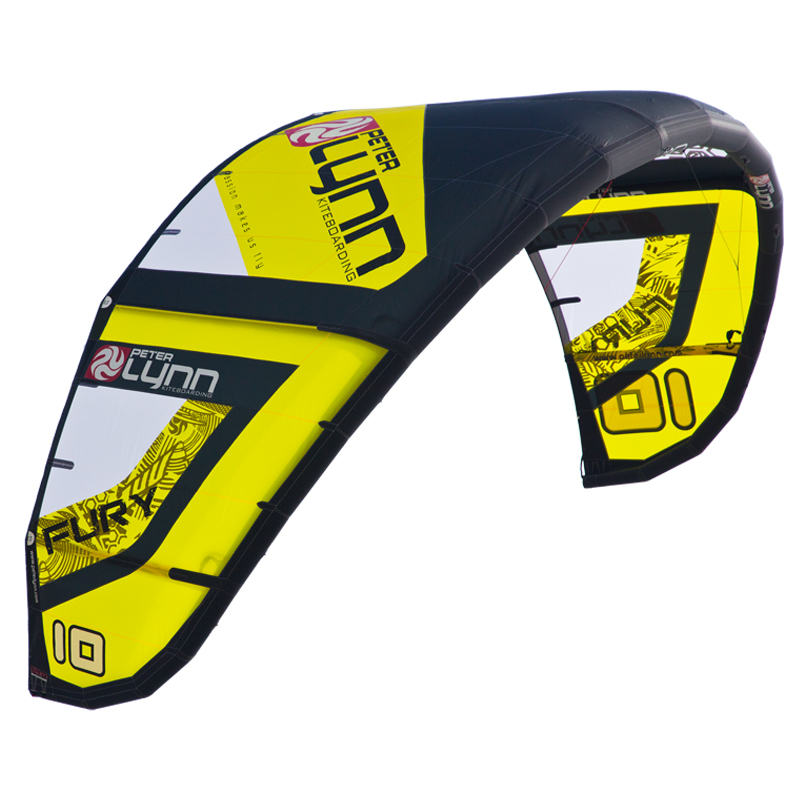 The 2016 Fury is designed to deliver solid, dependable power and refined performance, and all within an extensive wind range.

Aspect Ratio is high and in the air it has a sleek, ‘racy’ look to it. There is a five point bridle keeping things in check and the Fury has plenty of reinforcements and refinements where you would expect to find them although the headline news for 2016 is that the Fury has lost a lot of weight… The bigger sizes have always been a popular choice with the Fury, so to see these lose a few ounces is good news as well.

The Navigator bar has had a rework and has been simplified, so the ‘flag out’ is now the default setting and the bar itself is uncluttered with a classic clam cleat set up. Handling is quick and sensitive, by way of the new five point cascading bridle system, and the kite remains stable and responsive even when the bar is fully released.

On the water and the Fury has that incredibly crisp power delivery that only a five strut kite can deliver. The leading edge is stiffer, and combined with the High Aspect Ratio, the ‘power on’ is immediate and you feel nicely tuned in to the kite. Bottom end is good and you notice immediately that the Fury generates a lot of power. If you are used to tamer kites then beware – this might come as a shock! The kite snaps through the window and that power is immediately transferred to you. So you can really drive the kite hard and it will hold the power in the kite and really truck you upwind – which is good news if you’re on a race course (where we really think this will perform) or you’ve just traveled halfway down the beach after a monster boost.

This is the other department the Fury excels in: boosting. You can really load up and, when you release, the Fury pounces into the air and you’ll need to hang on tight.

This definitely isn’t a kite for everyone, especially nervous types who are happy with incremental power delivery. But if you want a ‘performance’ kite then – in the right hands – this is quite simply a 5-strut powerhouse. 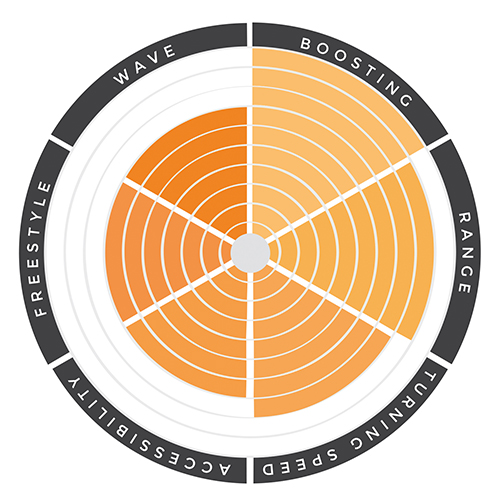