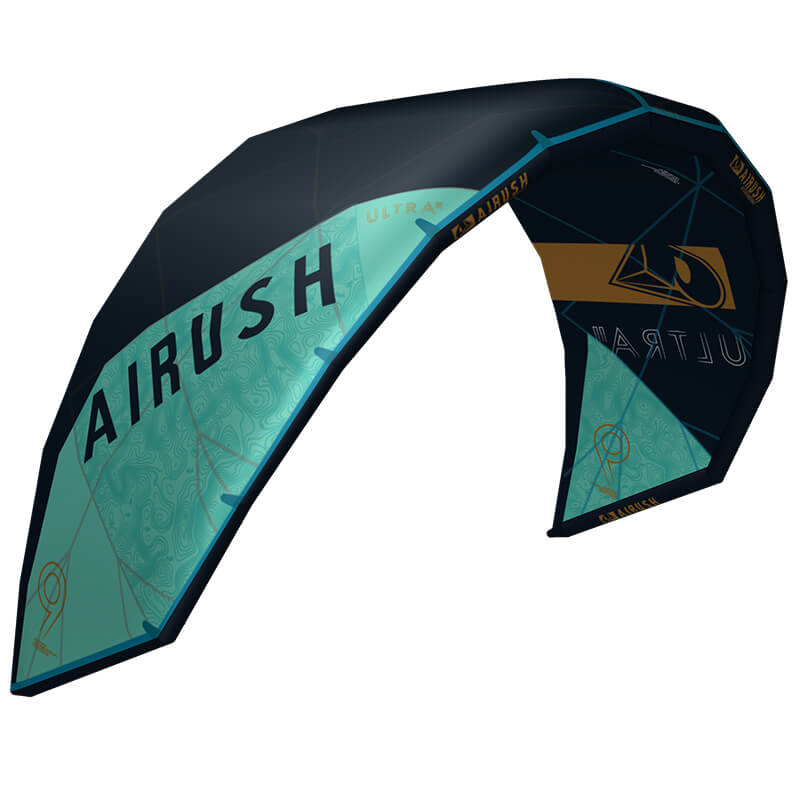 The light kite revolution is in full swing, partly fueled by the explosion of the hydrofoil. Airush were on board with the concept early with the original Ultra, a single strut aimed as a freeride early flier with foil leanings. This premise continues with the V2 which has been refined and improved. The kite has a tight and balanced canopy, and doesn't luff or drop out easily, but what's exceptionally useful is that when you do push it beyond its flying capabilities, it falls and luffs with a wonderfully predictable nature, meaning you can initiate a turn back on your edge and catch it, giving you an ability to pre-empt disaster in the extremes of its low wind range, and is particularly useful when foiling in onshore conditions with a small swell. From a build perspective it’s a light but intelligently laid out build. Load Frame and Web Tech is present throughout the whole canopy, which streamlines the build, minimizing the use of heavy Dacron and shaving some all-important grams off the kite weight. The Ultra has a notably extended wingtip with hang points right at the tips, which seem to help with leech tension, controlling the trailing edge, and improving turning speed, which is perky and reactive. You can really exert some leverage on the wing tips and watch the canopy twist and the kite respond.

Compared to its stablemates from other brands, it appears far more high aspect and has a lot more C shape and feels less ponderous. The Ultra also rides well in waves, where the sprightly handling and innate ability to drift enable the Ultra V2 to perform, particularly in the 10m size where three strut kites can start to get a little heavy and laggy. As with all lightweight single strut kites, the low end is where the kite really shines and the 10m Ultra will provide a decent pull for foiling, even in a sub 10 knot breeze aided by that responsive turning speed and on/off power delivery. As with most one strut designs, the extreme top end is where its vulnerabilities lie from an airframe stability perspective, but this is outside its design brief and what counts is when you do get a sustained wind increase, and here things hold together pretty well. Overall the Ultra V2 is a step forward and has been honed and improved from the V1 with less trailing edge wobble under aggressive steering and definitely a kite which will fly when other kites will have you swimming.

In a sentence: Excellent light wind performance and a playful, light and entertaining kite to fly: exactly what you want from a single strut.