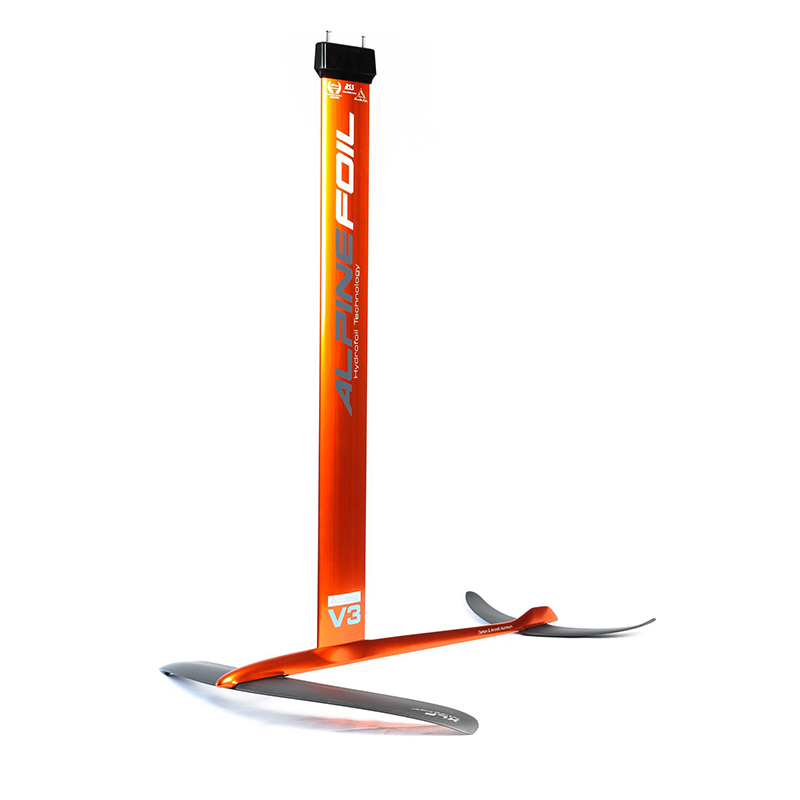 With the eyes of the kiting (and the wider world) more focused on the world of foiling following the Olympic decision, we now have an exciting few years ahead of us with foil brands and kite brands putting more resources into their foil R&D programs to capitalize on the bump in interest. And the benefits of this will filter down to us ‘regular’ riders who just want to get out there and enjoy their foiling when the wind is light, there aren’t any waves or – hey – just because they want to go foiling! With that in mind, brands like AlpineFoil are in for an exciting ride. AlpineFoil are a dedicated foil company who have been producing production foils since 2013 and now have their own French factory completely dedicated to pumping out top quality foils.

Their latest foil which is targeted at the ‘general’ freeride market is the Access V3, which is available with either an aluminum or a carbon mast. We had the carbon on test. You can also ride it with a few wing options – we had the Wave wing. The first thing to note is that putting the Access V3 together was a truly enjoyable experience – which is always a good sign! The bolts are partially threaded in and are pre-loaded up with TefGel. Then the mast and wings are full carbon and the fuselage is an aluminum Monobloc for maximum strength and durability. There is then a Galvanic Isolator System (GIS) which is essentially a wedge which is sited between the carbon and aluminum parts and prevents corrosion. You are provided with three different sets of these wedges so that you can adjust the angle of the wings and thus the performance of the foil. Clever stuff. So the foil slots together beautifully and then sits under the VR5 Freeride board which comes in at 142 x 51cm with a nice amount of nose rocker making it short enough to make it feel more of an intermediate/advanced board but still being forgiving enough for starting out on.

Onto the water and the Access comes up pretty much as soon as you want it to. The 700cm² wing offers a solid platform to push up from and the Access lives up to its name providing a truly ‘accessible’ lift off. Control is then smooth and you can get your back foot pressure right and are then ready to go. Acceleration on the Access V3 is then easily controlled and you’re not going to find yourself accelerating too quickly, making this a great option for starting out on. Once you are up and going, the Access shows its true colors and you get a sense of just how maneuverable it is… The Wave wing began life as a dedicated wave wing but it has now evolved in to more than that and has some excellent freeride credentials. The top speed is good (and you can change your ‘wedges’ if you want to go faster) and then you can really throw it around when you want to come around on a bit of swell or if you just want to carve it around into a transition. We quickly developed pretty much total confidence in it and it was a predictable ride which we never really felt wobbly on. Less experienced members of the test team were also very impressed by how easy it was to ride – particularly with how easy it was to control once it had lifted out – and commented that they thought their foiling had really come on after riding it. The compromise here is the top end speed, and if you want to be first around the race course then this isn’t the foil for you (although AlpineFoil have other options for this) but for regular riders looking for fun there’s nothing to fault.

In a sentence: if you want a foil that is easy to ride, has heaps of ‘carve-ability’ and that will make you feel like you’ve spent your hard earned cash on a truly top-quality product then the Access Carbon V3 is a great option. 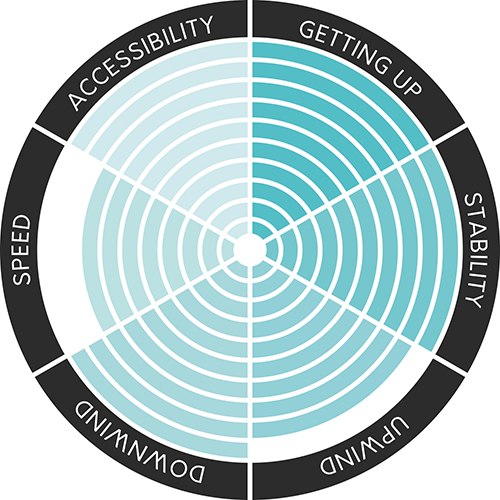