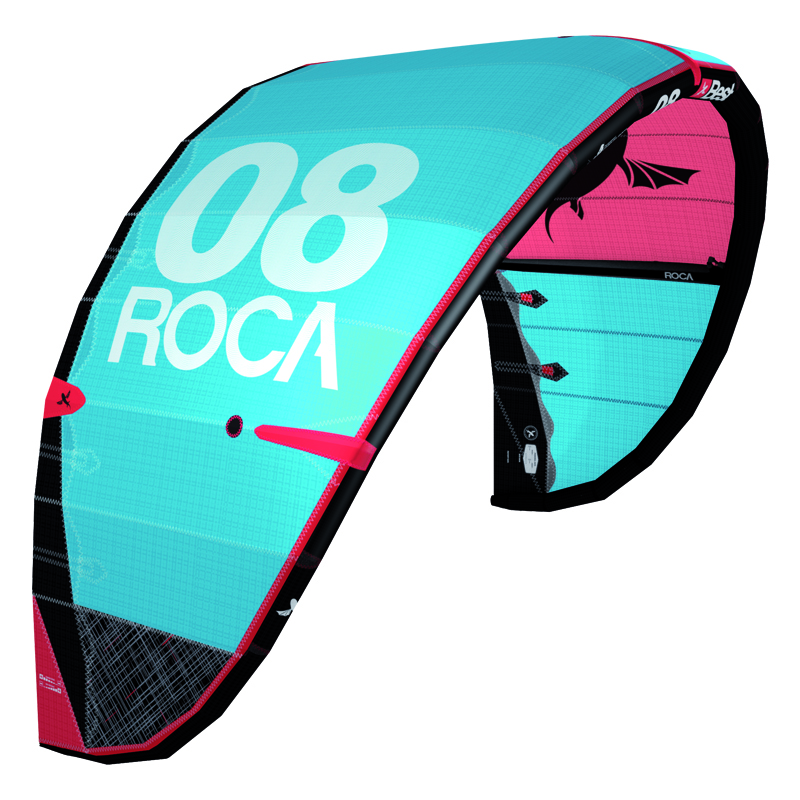 It steps into the Best range as the Kahoona bows out… So is it a ‘rebranded’ Kahoona? No! It really isn’t. It will appeal to a similar element of the market but we felt that it had a lot more to offer as well, as does designer Peter Stiewe, who aimed to make this one of the most versatile kites on the market.

Let’s start at the top. The Roca has three struts and a mid-aspect ratio. Construction – and the overall weight of the kite – is light. There is less Dacron in evidence and Best have countered this through battens along the trailing edge and also their new ‘vibration dampening system’ which sees the addition of slim foam triangles to distribute the load across the entire canopy and eliminate flutter on the trailing edge. So, this is definitely not a reworked Kahoona and Best have put some thought into what they want from the Roca and how to deliver this.

Getting the Roca in the air and onto the water and first impressions are that bar pressure is relatively light and the low end is excellent. You really pick up speed quickly and the broad canopy delivers plenty of grunt, although this is supremely manageable thanks to the responsiveness at the bar.

We had the 9m on test and were out on a few marginal days and you could keep on trucking easily when other guys and gals had changed up to their 12s. Relaunch is simple and instant, so will provide some extra confidence to less experienced riders.

For boosting the Roca is a real ‘up, up and away’ machine. You can hold a lot of power and – when you release – you are really fired up. It’s then a lively, floaty kite with a whole heap of drift – hangtime and a safe, soft landing are ensured thanks to the wide canopy. Consider this and the fact that it was developed on the front line of the mid–Atlantic storm belt, and we certainly wouldn’t be surprised to see the Roca heading up the WOO airtime tables in the near future.

Range is good – the Roca doesn’t mind being stacked. Turning speed is good but not exceptional, so if you want a really snappy kite this probably isn’t for you. But if you are looking for a very accessible and easy to fly kite with plenty of low end and exceptional air time then this is one for your list. 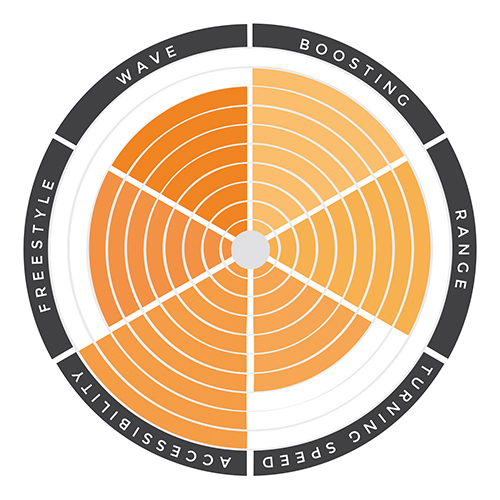