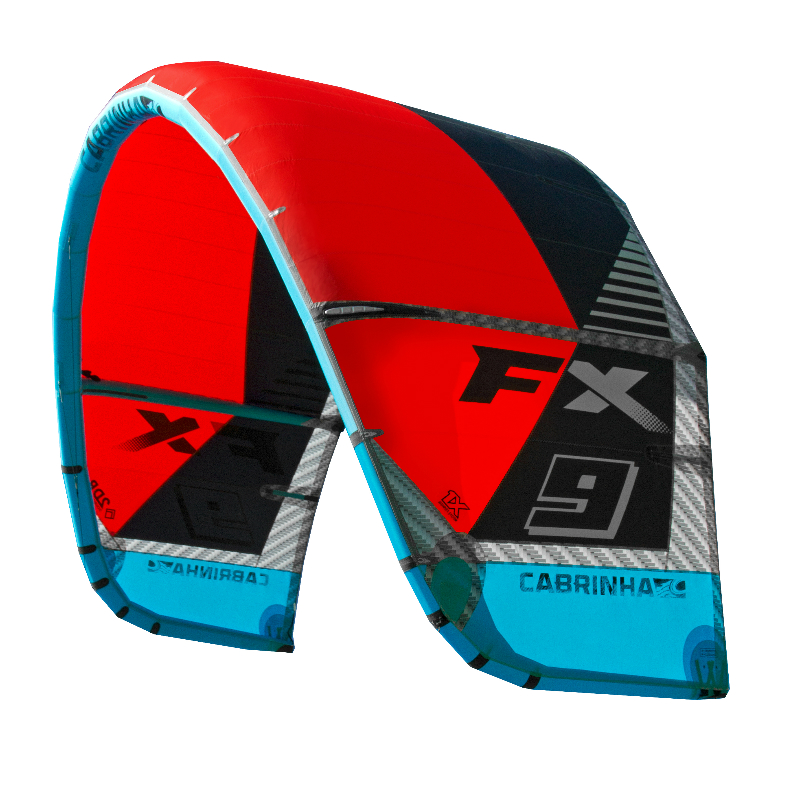 Arriving with quite a fanfare and now with multiple “Hello, my name is Nick Jacobsen and I like to jump off stuff” moments of fame under its belt, the FX slots into the ‘super-charged’ freeride category which is rapidly becoming one of the hottest areas in the market. In Cabrinha’s range, it elbows its way in and sits squarely between the Chaos and the Switchblade, bringing most of the ‘pluses’ from each of these to the table.

In terms of build quality, the FX is built with Cabrinha’s 2DR which you can tell – just by feeling the kites – offers exceptional strength and minimal stretch. Reinforcements are solid and the FX has clearly been designed with the rigors of Nick Jacobsen’s riding style in mind. There are three struts with a small LE ensuring efficient movement through the air (and through the megaloop).

Pumping up is via Cabrinha’s sprint system which is quick and effective and has proven to be the inspiration for the system that many other brands have now adopted! Profile wise and the FX looks pretty serious – leaning more towards the Chaos than the Switchblade – and this clearly isn’t a mowing-the-lawn ‘freeride’ machine.

In the air and it is immediately clear that the FX packs a serious punch. It turns quickly and confidently, although the power on/off ensures that it also has a ‘user friendly’ feel. Boosting is deceptive – you can do some nice mellow jumps, so for a first ‘boosting’ kite it ticks that box, but if you want to go bigger then you can do that… It is a different experience to the Switchblade, so if you expect to pull the bar down and just go up think again, you need to master the ‘old skool’ way of boosting, and if you get this then you will get the most out of the FX.

We’d say: ride it stacked to make the most of it as you get serious hangtime and bigger megaloops. Cabrinha have produced a kite that doesn’t drop you at the apex of the megaloop, the FX climbs super-quickly and gives you the float to land your loops without blowing your knees out.

In terms of range and you have to work it to really get going in marginal conditions, but the FX has an exceptional high end, which is what it has been designed for. It can handle a lot of wind, the depower is very smooth, and there is a lot of it when needed. If you really want to go big then you can ride it one or two sizes bigger than the rest of the guys on the water.

Aside from its freestyle credentials, the FX also handles middle-of-the-window riding for wave riding in onshore/side-on wind where it has surprisingly good drift, making it a good crossover for the kiter that throws down with load and pop freestyle, kite loops, and big air, but still wants something that works in the waves.

To conclude: The FX is a great kite and one that will give you hours of consistent fun. If you want to Megaloop like Nick Jacobsen, and throw some freestyle like Alby then this is the kite for you… 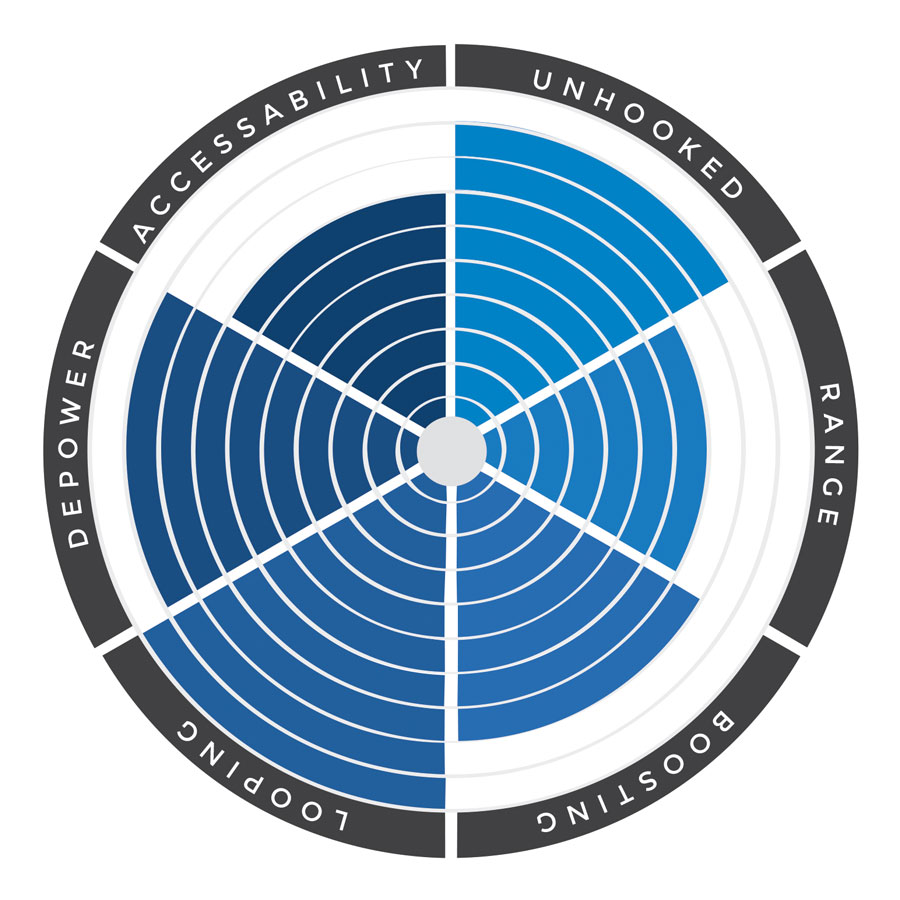