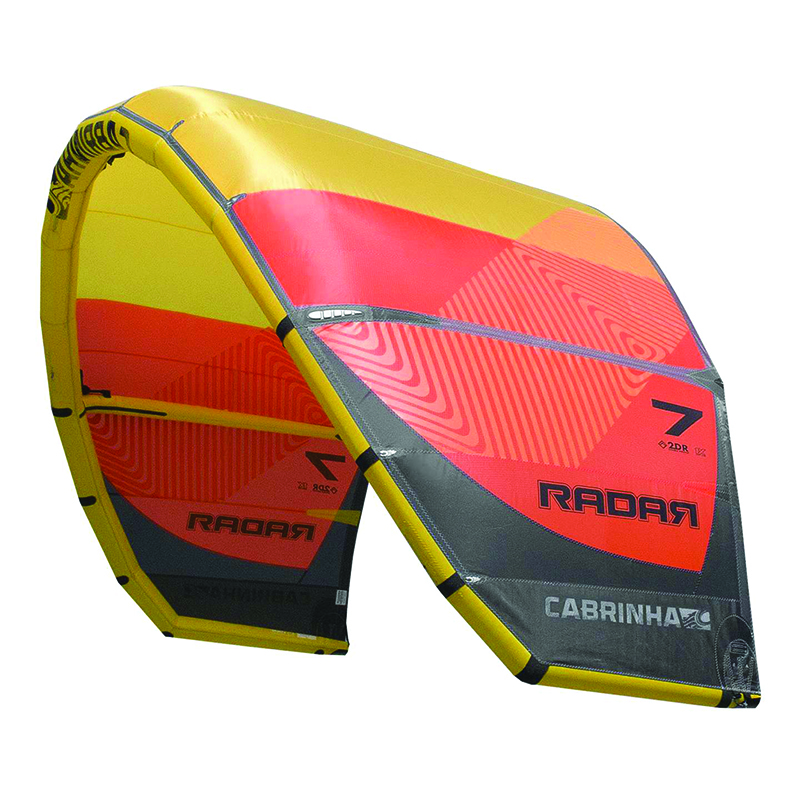 The Radar is a three strut kite that takes this platform and shows just how versatile this can be in the modern kiteboarding age. The kite is pitched at the beginner and school market, but as we know, these kites can often prove to have the same qualities that you need in the waves, for foiling, and for nailing your first boosts.

The 2018 Cabrinha Radar has benefited from upgrades that you can see across the Cabrinha range this year, such as High Tenacity Dacron which equates to tougher struts that you can pump up super hard without distorting the material. So don’t hold back – we find with a lot of these three strut kites (especially ones with skinnier struts, such as the Radar) that you really can pump them up pretty solid and that there’s notable improvement in performance.

On the water and the Radar is a very easy kite to fly. It sits relatively deep in the window and there is sheet-and-go power aplenty. The low end is good without being super grunty and – once you are up and riding – the performance is smooth and predictable. We were quite surprised by the upwind angles we got on the 2018 Radar which were much better than you would expect for a kite sitting relatively deep in the window. For schools the relaunch of this type of kite is very important and the Radar comes back up very easily, with Cabrinha’s Dynamic Arc adapting the arc shape to aid relaunch even in lighter conditions. If you want to use the Radar in the waves or on a foil then there is nothing stopping you from getting stuck in here – the kite flies in a relatively similar way to the Drifter for the surf, and then the light weight construction, predictable performance and top-of-class relaunch are a real plus for cruising around on a foil.

In a sentence: An easy and versatile kite to fly – great for your first few months, but also with plenty of attributes for all round fun as well. 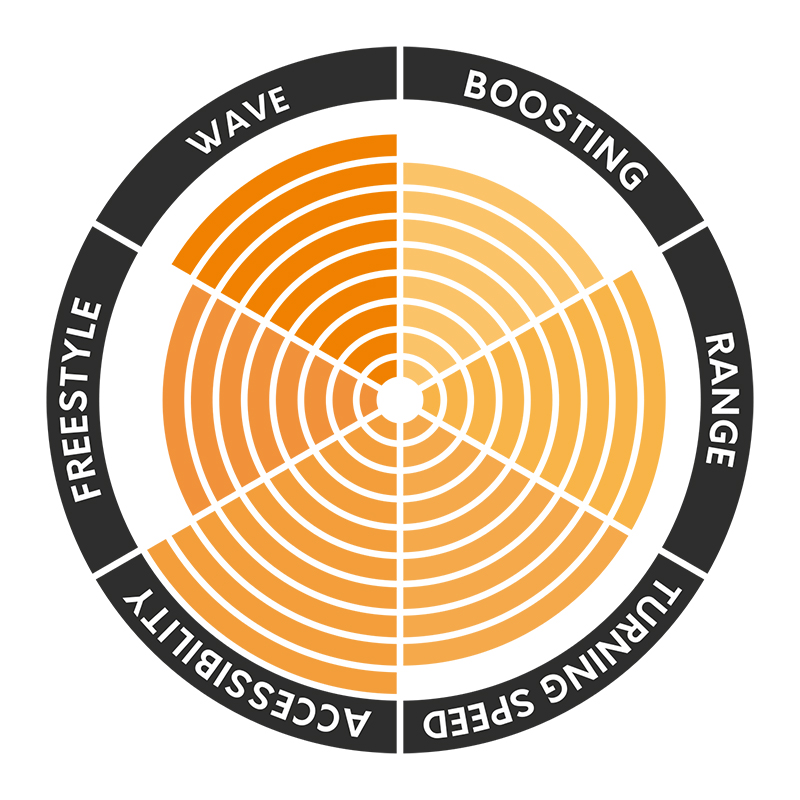