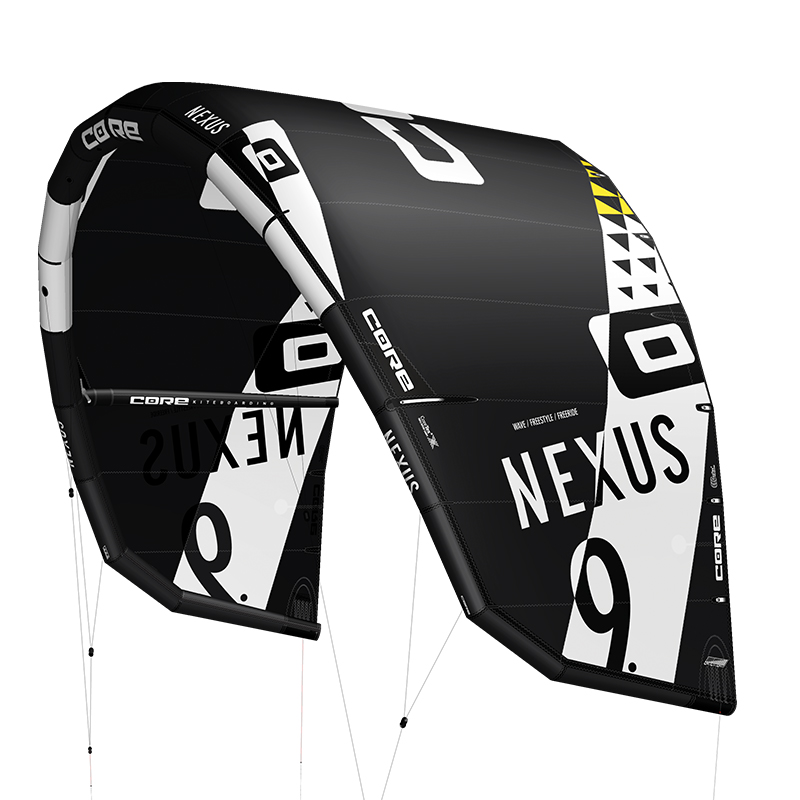 The Nexus is the latest Universal+ instalment from the team in Germany and is touted as a versatile freestyle and wave kite sitting very much in the ‘all-rounder’ camp. It borrows design features from the GTS series – such as the Radical Reaction Tips – and has the surfier profile of the Section 2. Also in evidence is the new Core Intelligent Trim system (CIT) which can be set for wave, all-round or freestyle settings and adjusts the turning speed and arc of the kite as well as the bar pressure. We have said it before but just to reiterate: CORE are building super-solid kites right now and the Nexus is no exception. With the Exotex Dacron, CoreTex Ripstop and the incredibly thorough attention to detail, the Nexus oozes quality from the second you take it out of the bag. We tested the Nexus in the waves in Cape Verde and in gustier freestyle conditions in Europe so we gave it a pretty comprehensive workout.

In the air the Nexus felt positive, direct and – with medium bar pressure – exceptionally well balanced. From a freestyle rider’s point of view, the Nexus is more forgiving than its brother the GTS and also offers a better low end which will give GTS riders something extra to think about with the GTS5 soon to hit the ground. The Nexus is comfortable in doing everything: unhooked the kite slacks well and will give riders looking to nail their first air passes loads of confidence. And with the short bridle the Nexus doesn’t sit in the water once crashed and basically re-launches itself (also handy when in the surf). Upwind, the Nexus performs exceptionally well, and you will appreciate the angles the Nexus gives you which makes getting back upwind to the comp zone once you have thrown your tricks, or getting back to slay that wave once again, nice and quick. For boosting, CORE has a good balance between the GTS and the XR5; it’s not quite as aggressive as the XR5 when leaving the water but offers a more progressive lift, then it offers superb hangtime, and it jumps with less technique required than the GTS – again offering all levels the ability to get the most from their boosting. Looping the Nexus was always something that would interest CORE fans and the good news is that the Nexus really comes alive in the loops, with a smooth, predictable pull, and nice pivotal turns with no signs of dropping you. So if you want to nail your megaloops this kite really is the perfect platform and inspires confidence no matter what you throw at it.

For riding in the waves, the Nexus behaves nice and predictably and the turning radius on the CIT Wave setting is tight, meaning you can really throw it around in onshore conditions. For us a particularly impressive characteristic was the range of the Nexus in the waves. The low end is excellent which means that you can comfortably take a size lower than you expect and with the upwind performance this is fine, then the top end is also solid. A lot of wave kites can get pretty hard to handle when it breezes up but the Nexus was fine and – most importantly – never felt that it was going to drag you off an edge…

In a sentence: The Core Nexus is – in a nutshell – one of the best all-round kites we have tested – it really does tick all the boxes and didn’t put a foot wrong in any department. 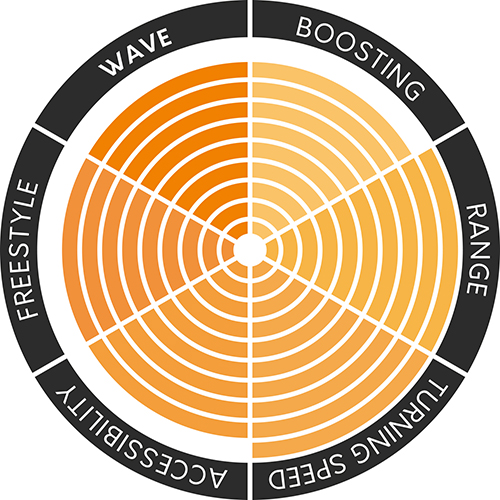