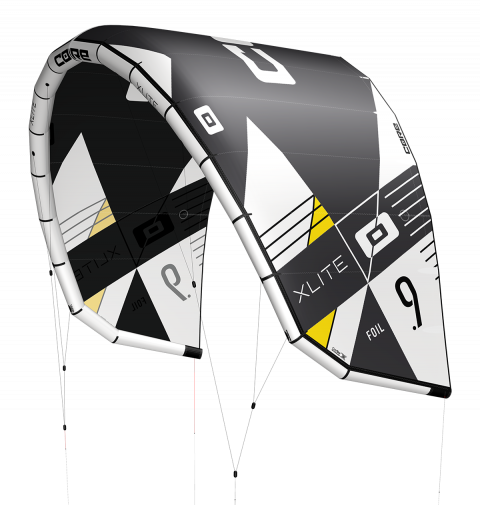 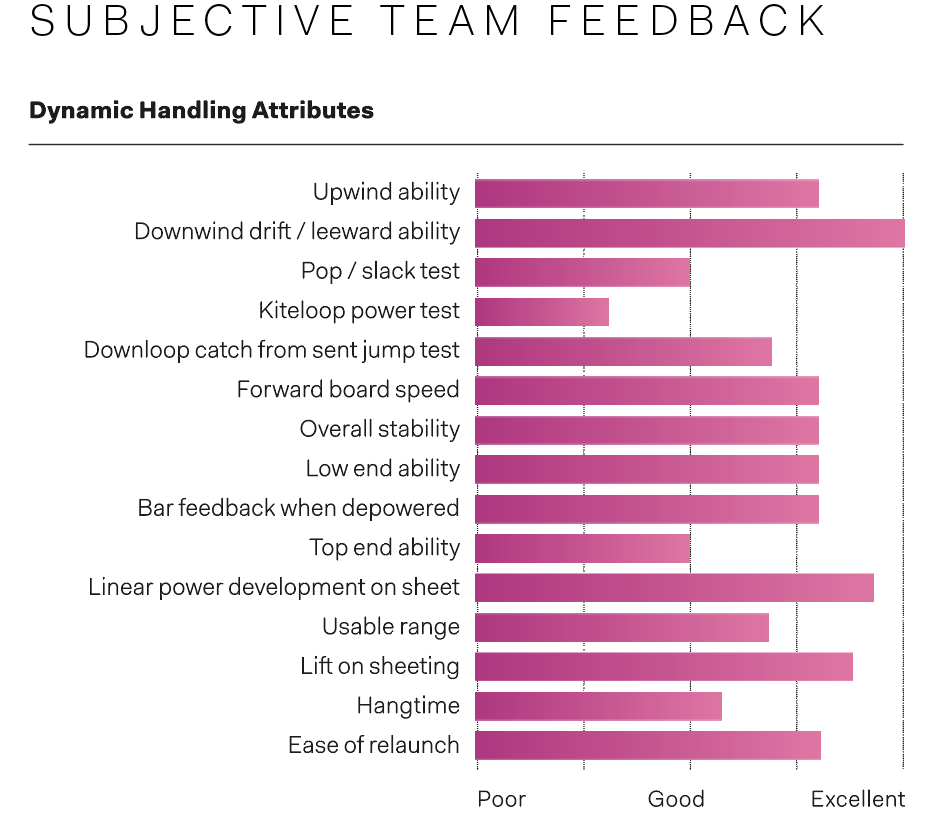 With the popularity of hydrofoiling literally soaring, the mono-strut concept continues to spread through the kite industry like wildfire, and the X Lite from Fehrman Island’s most famous kite brand is a solid debut. It’s a kite dedicated to freeride hydrofoil use, which let’s face it, is most of the feed in for the kite foil market. It is for those who have no intention of racing and don’t want the hassle of a foil kite, but want a great deal of the benefits of a lightweight kite – early flying, light handling and stability when drifting are the order of the day. Foil wings are getting larger, kites are getting smaller, and the light kite revolution is well and truly upon us.

Presented in the traditional CORE kite colors, you’d be forgiven for mistaking this kite as a Nexus or Section from their product range, and the profile and span shape certainly look like a mixture between the two, however it is clearly missing a couple of struts. Weight reduction has been a clear design focus with the X Lite. The usual CoreTex three core rip stop canopy is in place and implemented almost everywhere but the inflatable sections of the kite. Where the kite has been on an obvious diet is evident in the Dacron used for the leading edge and struts. This is a special lightweight version of the ExoTex fabric used in their standard models, but still seems to remain extremely stiff. The bridle system is also slimmed down a touch to minimize drag and weight. The result is a well-built 9m kite weighing in at 2.14 kg on our scales, which is very comparable to other mono struts on the market.

In the air the X Lite feels perky and nimble, but the turning speed is predictable and not twitchy. It flies very early and is exceptionally stable and it is difficult to make it in any way flustered. It is definitely not too grunty, which would be slightly pointless for a kite dedicated to freeride foiling. The CIT modes allow for a bit of trimming on the leading edge and we tested mainly in ‘Allround’ and ‘Wave’ mode, the latter giving a little more turning speed and depower, but the differences were quite subtle. One of the highlights in the X Lite’s handling is how much lift you can achieve on such a short bar stroke. This is extremely helpful when tacking and jibing on the wing, giving you that all-important weightless few seconds extremely smoothly and progressively. This is most likely down to the double pulley bridle enabling a large controlled angle of attack change. The turning speed and power delivery in the turns matches well with the rhythm of turning a larger freeride foil wing. The radius of the kite and foil link seamlessly.

The almost inherent mono-strut trailing edge flap syndrome is present, but very minimal on sheeting out as the airframe shifts forward. The kite seems to be more comfortable flying with mid sheet anyway so unless you get overpowered and really dump the bar out it’s unlikely to be irritating or even that noticeable.

So for dedicated freeride foilers who also want to potentially take their foiling into waves the X lite is a powerful tool. It could also be really good for lighter riders as it flies really early and doesn’t have a huge amount of ground pull, and also has some straight wave riding crossover potential due to its drift characteristics. Overall it’s quite a focused and honed product and is aimed very directly at a sector of the market that’s growing. Clearly a lot of thought and care has gone into the development of the X Lite by people who know their discipline and the result is something very special to fly. For any discerning freeride foiler you could definitely justify a couple of these in your quiver. 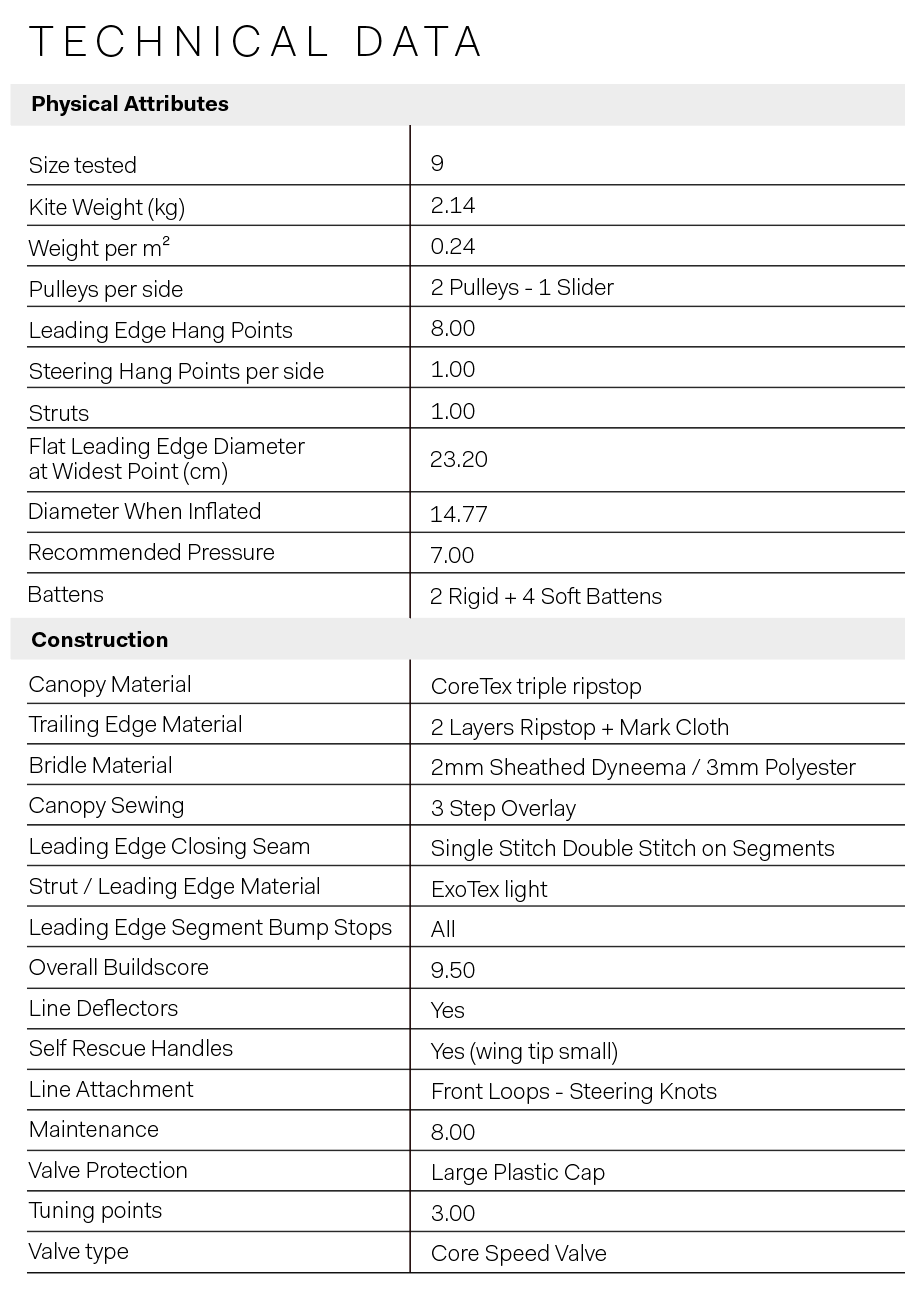 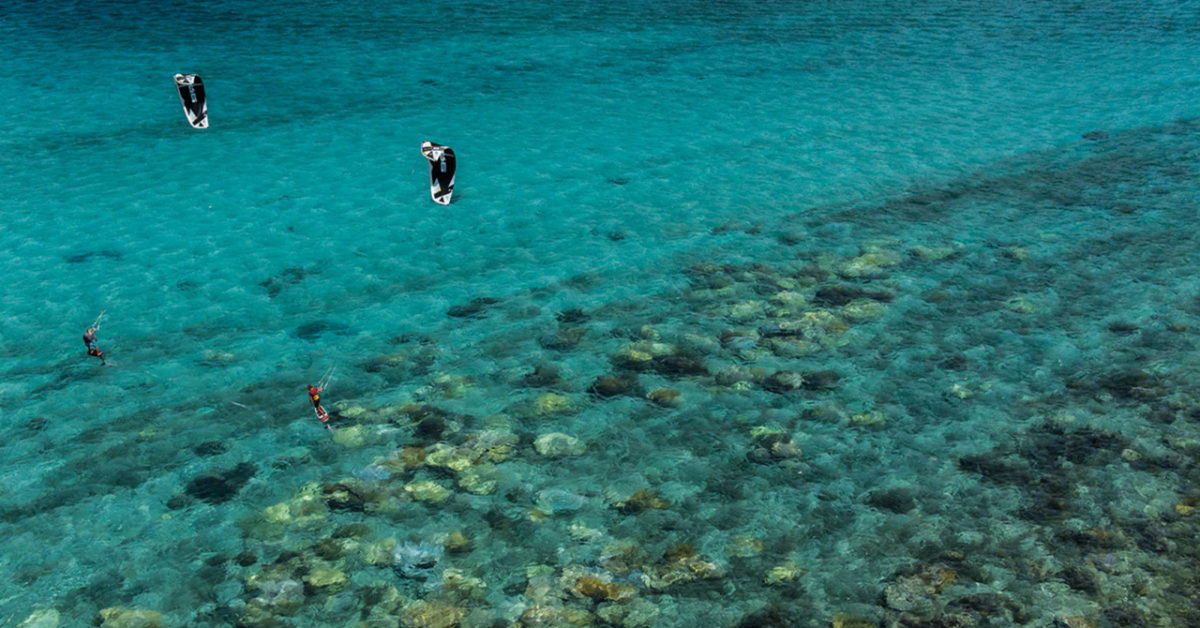 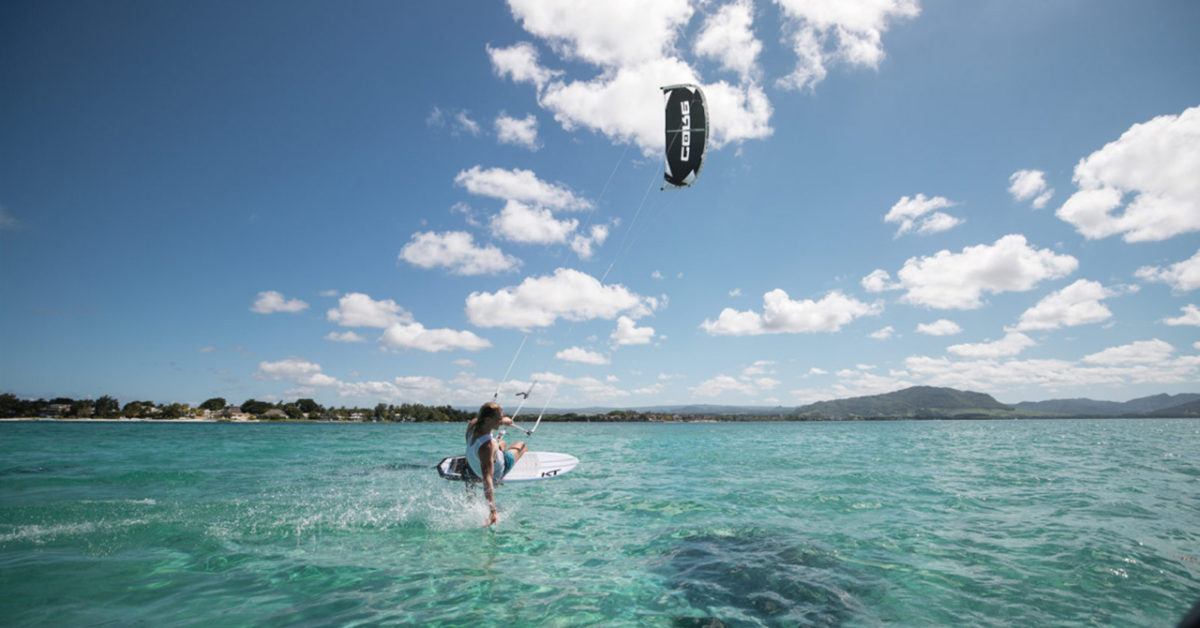 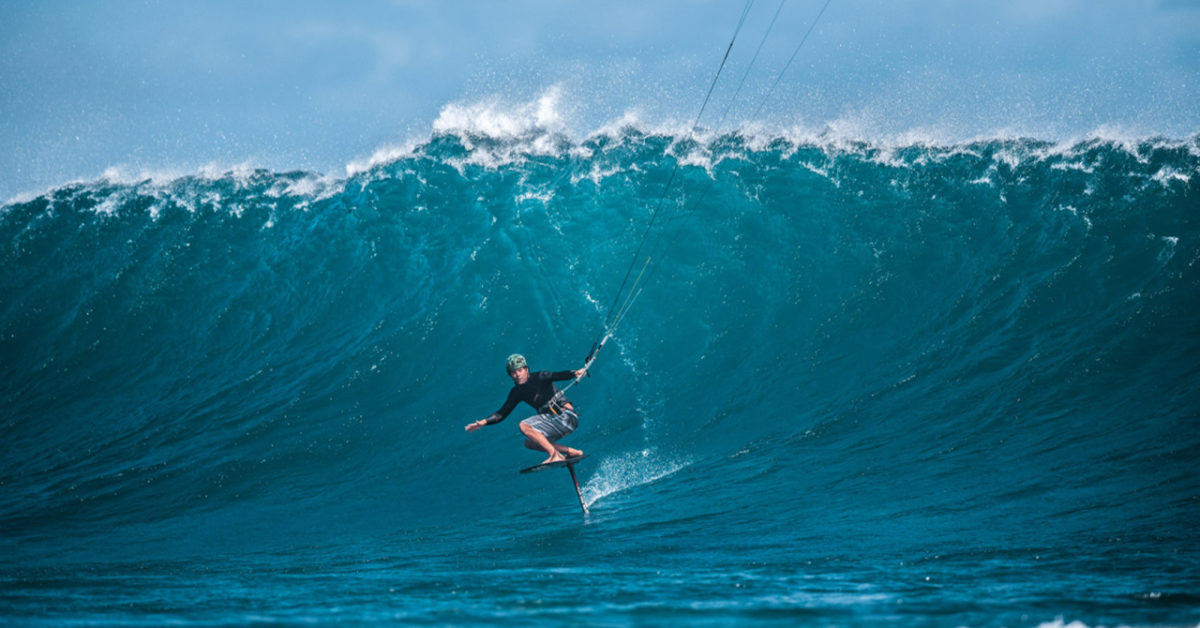 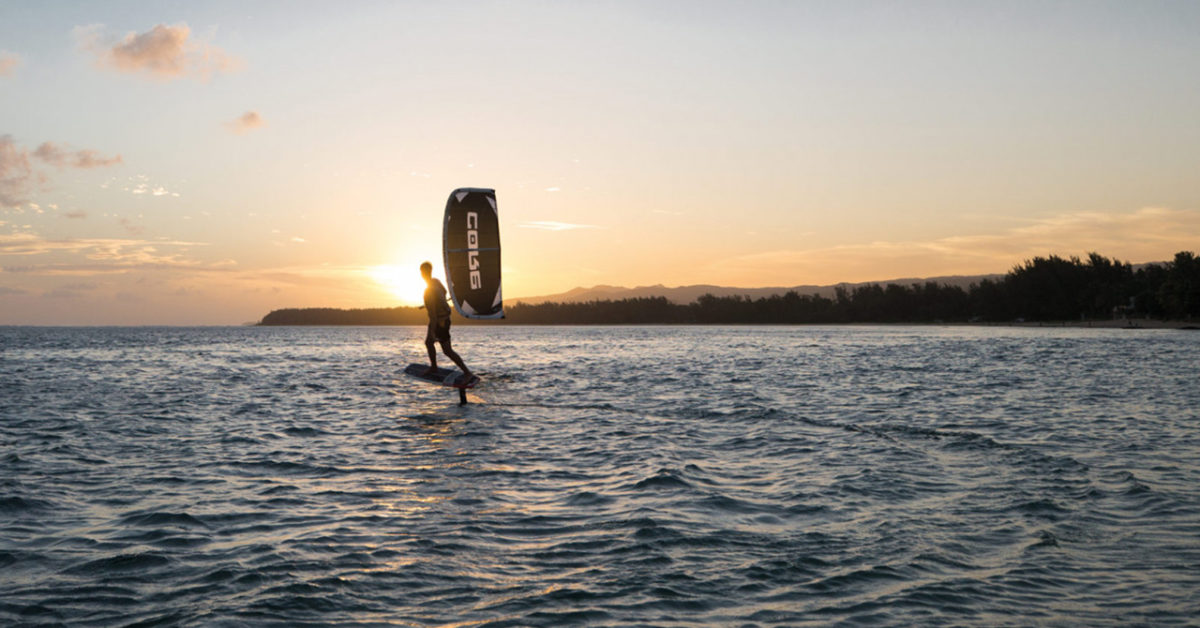 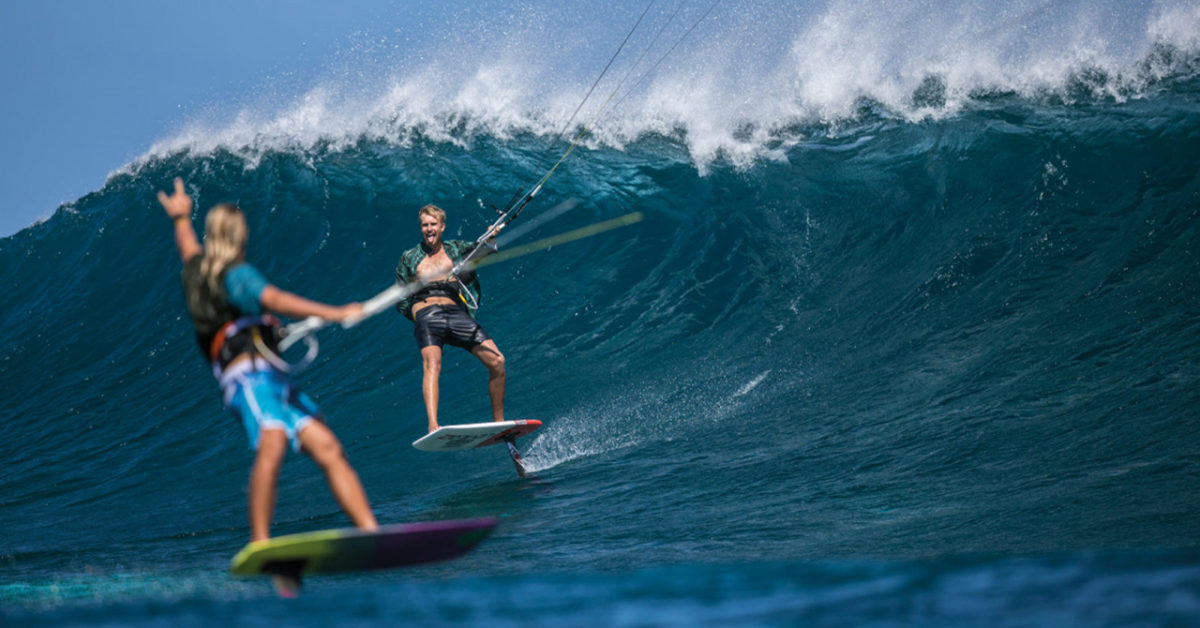