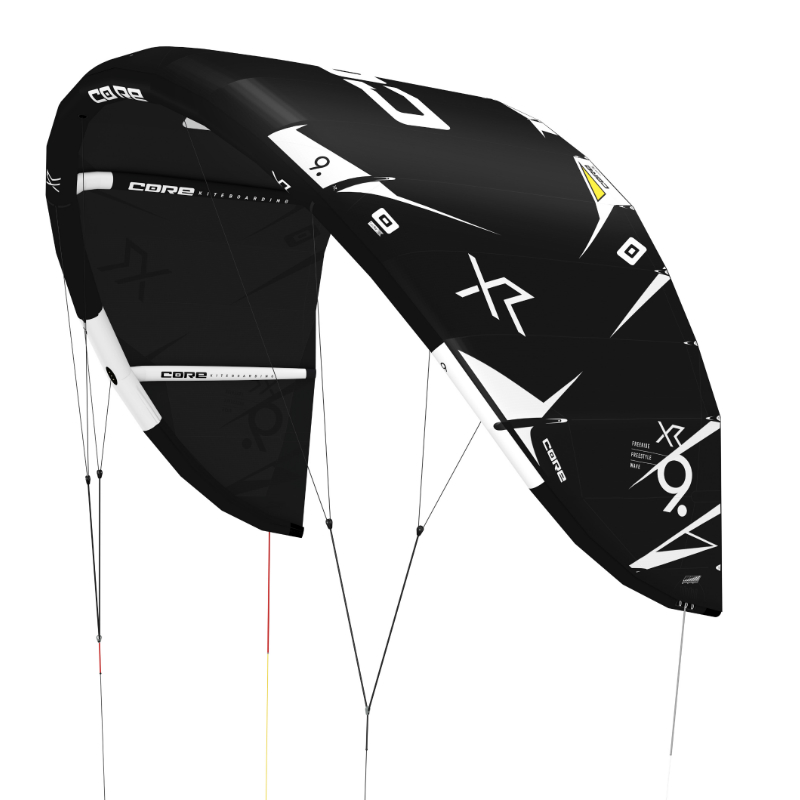 With the arrival of new kites into the CORE range the XR4 gets to focus on what it wants to do well: be a freeride machine. Released just before news of the Section and Impact seeped out, the XR4 builds on the solid reputation that the XR series has developed over the last few years.

The obvious first comment is the striking new ‘black’ option (although it is of course still available in CORE ‘white and yellow’). Getting beyond that and the headline news on all of the new core kites is the arrival of ExoTex®. This is a new Dacron which CORE have adopted which has vastly improved strength qualities enabling the struts and the LE to be skinnier without sacrificing any rigidity in the kite. Once the kite is pumped it does look and feel like there is very little ‘give’ and the XR4 felt very taut and stiff. Bridles have been shortened for this version which suggests improved response and less chance of tangles.

CORE’s one pump system is quick and effective (especially when paired with the Core V2 pump). The system works with the little widget that you push in to deflate and it has to be said that it is very effective and the benefit is that there are no parts to go wrong – it is well engineered.

On the water and the XR4 delivers a true ‘power on!’ experience. This is a kite with some serious grunt, but you can ease the power on (and off) incrementally so you feel truly in control… The new bridle improves response and feedback at the bar and reduced the ‘pulleyed’ feel. The ExoTex frame also improves response, and feedback at the bar is crisp and – for this type of kite – very responsive.

The low end is fantastic, and response throughout the middle of the range is good. You can appreciate that this would be a good racing kite with the ability to make very small adjustments. The XR4 sits a long way forward in the window, so the kite will really power you upwind.

Taking to the sky and boosting, and it’s your call! You can go BIG. The XR4 has an insane amount of lift and, if you are stacked, the limits are a long way off – you can go super high. Looping is good – you can snap it round quite easily so a good kite for learning your first tricks in this department. For megaloops though you would be best checking out the GTS3 or the new Impact.

Overall an excellent evolution, and the addition of the new kites has enabled the XR4 to really express itself in 100% ‘versatile freeride’ territory. 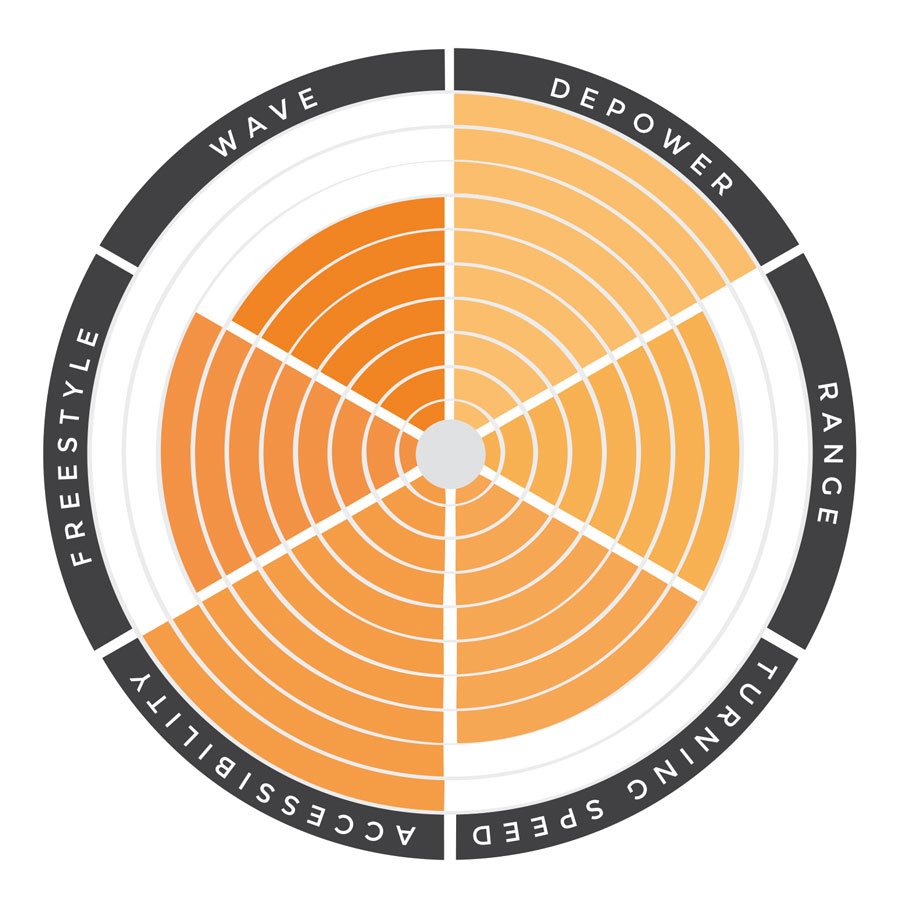