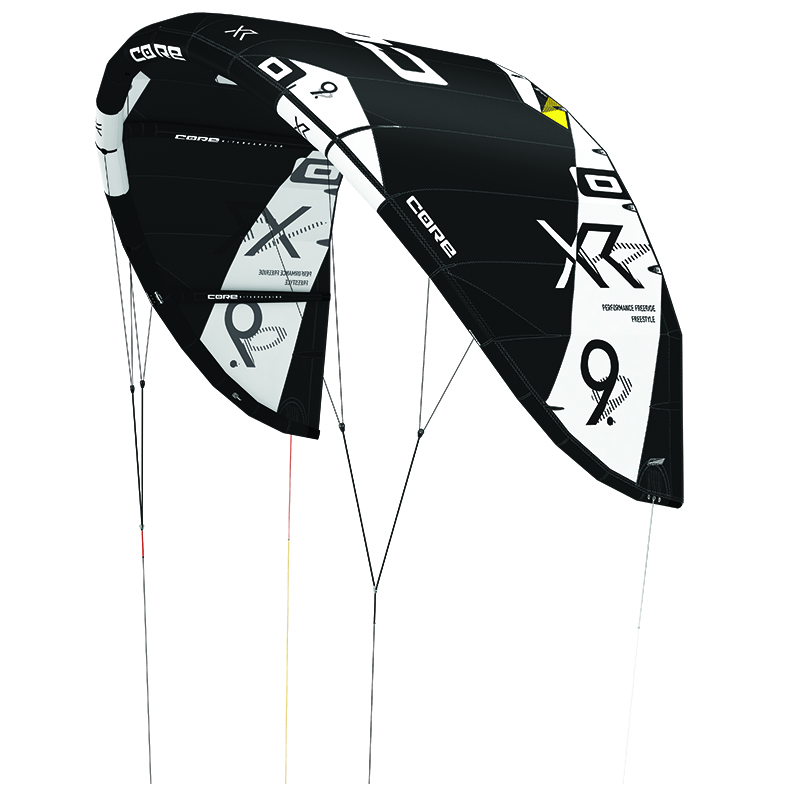 With the addition of the Specialized range of kites into the Core line-up (the Impact for freestyle and the Section for waves) the ‘universal’ kites in the Core range have been allowed to focus more obviously on the ‘all round’ market, but also to go hard out on embracing some of the skills that made them popular initially. With the XR series of kites, big air and boosting has always been part of its DNA and it has proven itself at the pinnacle of this part of the sport where it sits right at the top end of the Global WOO Leaderboard.

There have been some real changes for this fifth incarnation – with the tips remodeled and with modifications to the strut placement. The materials that Core have been developing over the last few years are in evidence – the CoreTex canopy material and the ExoTex for struts – and when you check the kite over it feels very slick indeed. We rode the XR5 on the Sensor 2S bar which we have reviewed previously and works very well.

On the water we flew the XR5 12m in conditions ranging between 18 and 25 knots and the first thing that struck us was just how stable and solid the XR5 is. There is very little (if any) fluttering of the canopy when depowered or whilst turning the kite, and you just know the kite is going to be fun! The XR5 is not the fastest turning kite in a 12m but this is more than compensated by the power it generates, it has a really progressive power surge, and once up and going the XR5 rockets upwind. With a little nudge on the bar the upwind angle is amazing.

In previous years, the Core kites have had a lighter bar pressure making them feel a little spongy, but the XR5 feels more direct and tuned in. When it comes to heading for the air, jumping with the XR5 is a pretty staggering experience. It really does have insane amounts of lift, and hangtime: it’s basically a German rocket ship! We did have a few scary moments when dialing into the kite – we found that it likes to be kept moving slightly as it seems to drop you a little if left parked at the zenith, but once you get the feel for it, Boom!, its sublime, with superb float and nice soft landings. Looping the XR5 is fun – it’s plenty quick enough and has the stability to catch you on the upstroke, it’s not an out and out kitelooper, but it does the job.

For general freeride and for waveriding, the XR5 is a predictable kite that is easy to fly so performs well in all departments and, due to the profile, it also has heaps of depower giving it a pretty massive windrange, so you could get away with packing just two kites to go on most trips.

In a sentence: The XR5 is immense fun for the average rider but also has incredible performance under the bonnet for riders who want to be truly pushing the limits of Big Air riding. 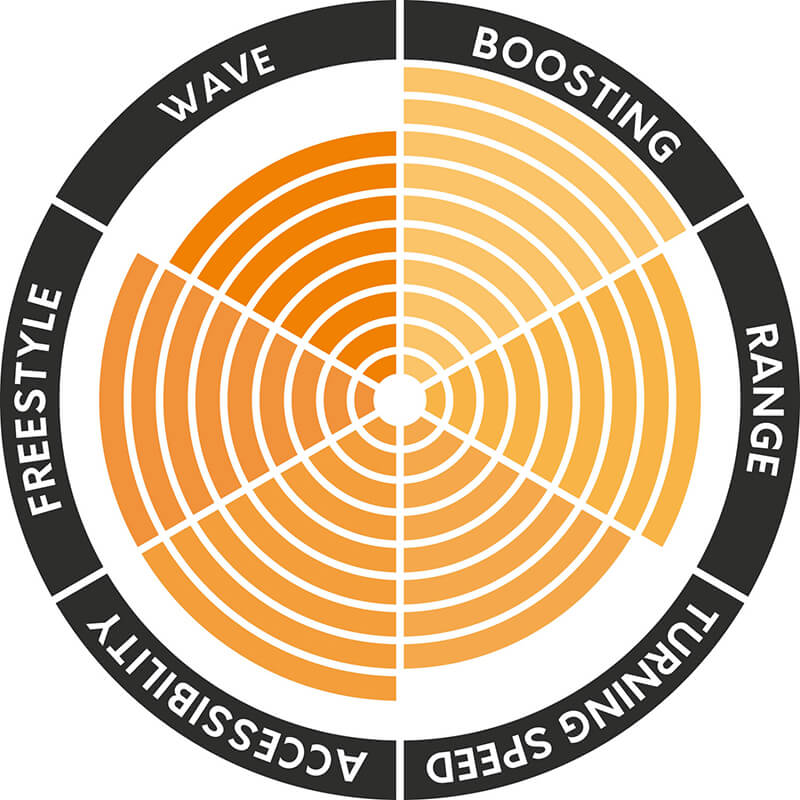