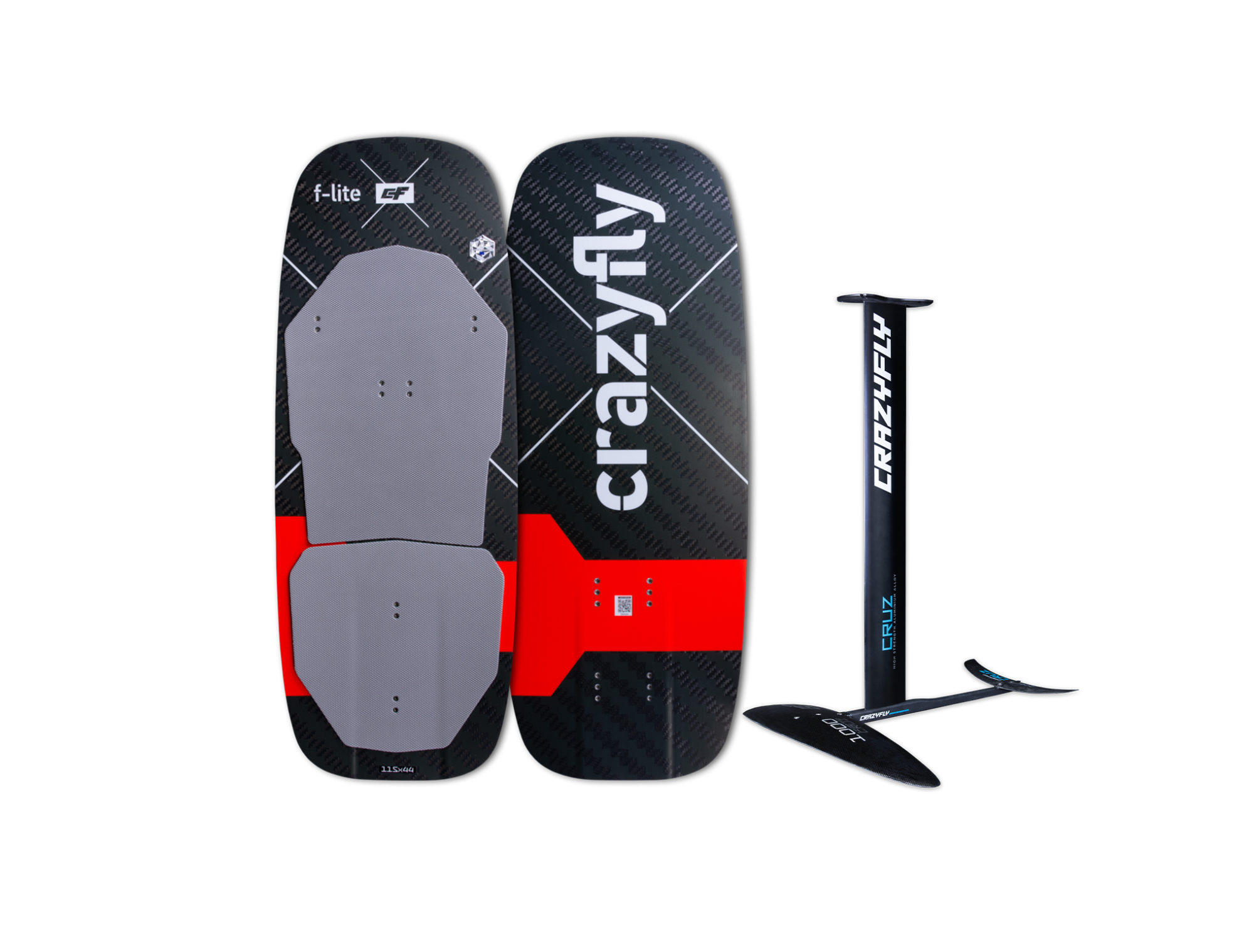 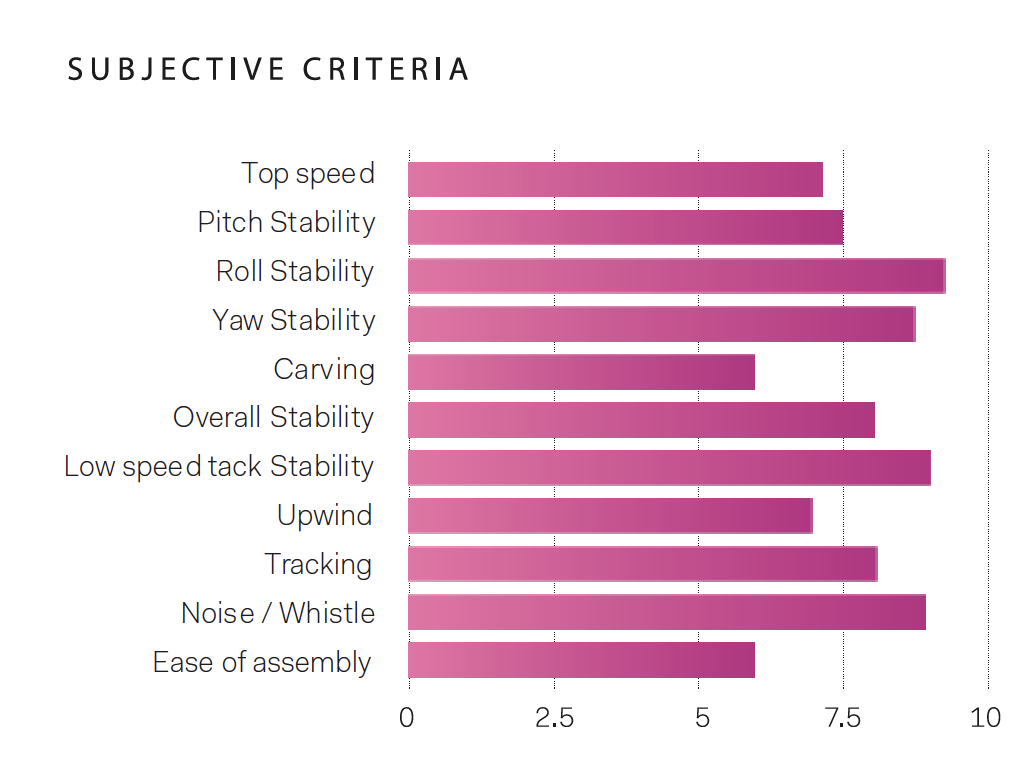 Let’s start by saying that the Cruz 1000’s full carbon front wing is a great thing to look at and is a tribute to CrazyFly’s own Slovakian factory. The aesthetic of the carbon layup was faultless and finished to a high polish, which gives you confidence that the wing really is as “ultra-light, robust and durable” as they say it is. Carbon doesn’t always have to be as delicate as some people think and I’d bet this isn’t (though I couldn’t quite bring myself to ride into a rock to test this for you!).

The setup is simple to assemble and features CrazyFly’s ‘clean connect’ concept. They have forgone more complex interface options between the mast/fuselage and mast/top plate, and opted for a ‘clean flat-to-flat surface connection’. The bottom of the mast is flat, as is the top of the fuselage, and the two surfaces are flush and simply bolted together. Presumably thanks to some of the longest M8 bolts I’ve used dur-ing a foil assembly, the simple connection felt stiff, though doing up the bolts top and bottom did add a couple of minutes to the setup time compared to other comparable foils. I’d be reaching for the power tools if I had to de-rig this one after every session. On the water the Cruz 1000 combined with the F-Lite was a very user-friendly set-up, but fast for a 1000cm2 wing. The setup was remarkably easy to board start and take off with, despite the board being a very light, fairly small twintip style construc-tion board. The sealed mast traps air inside to increase buoyancy which definitely helps keep the foil up and the board on its side in a ready position when preparing to launch. This is particularly helpful when you are strapless or only using the front straps. Once up foiling, the Cruz picked up speed easily when you wanted it to and felt controlled at all speeds. The feeling through the feet was that of a direct connection to the foil which is one of the benefits of twintip construction foil boards, especially carbon fiber ones like this one. Even at high speed it felt stable in pitch and didn’t require you to push yourself hard to the nose and move all your weight forward as is the case with some kite foils of this size.

The foil is marketed at intermediate to expert riders, but given this, I did find the foil perhaps overly stable in the roll axis and wanting to default to quite an upright position. This resulted in a less playful feeling and slower transition from toeside to heelside carve than I’d personally like, though I think the pitch and roll stability would be of great benefit to more beginner and intermediate riders and those yet to master their foiling foot change. I wouldn’t feel bad giving this setup to someone that hadn’t foiled before as it is very realistic that you could learn on this setup, leaving heaps of room to progress. Overall, a very light, nicely finished setup for those looking for a kite foil that can be pushed to a good speed but is still easy to ride and progress on. 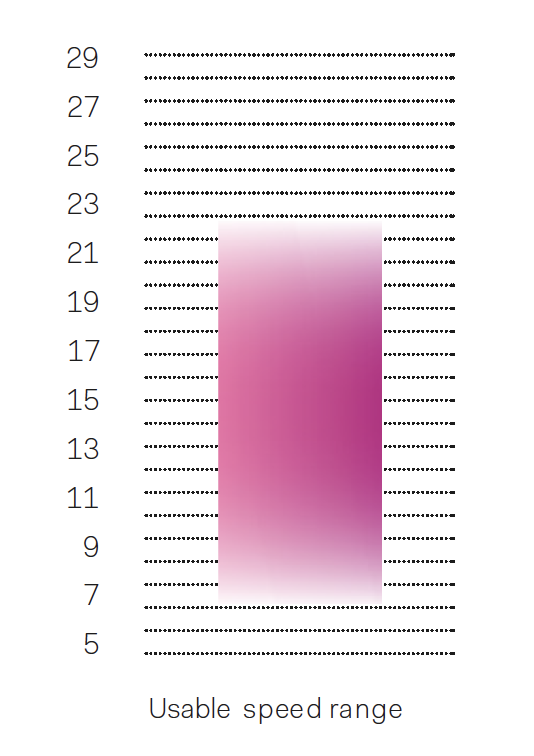