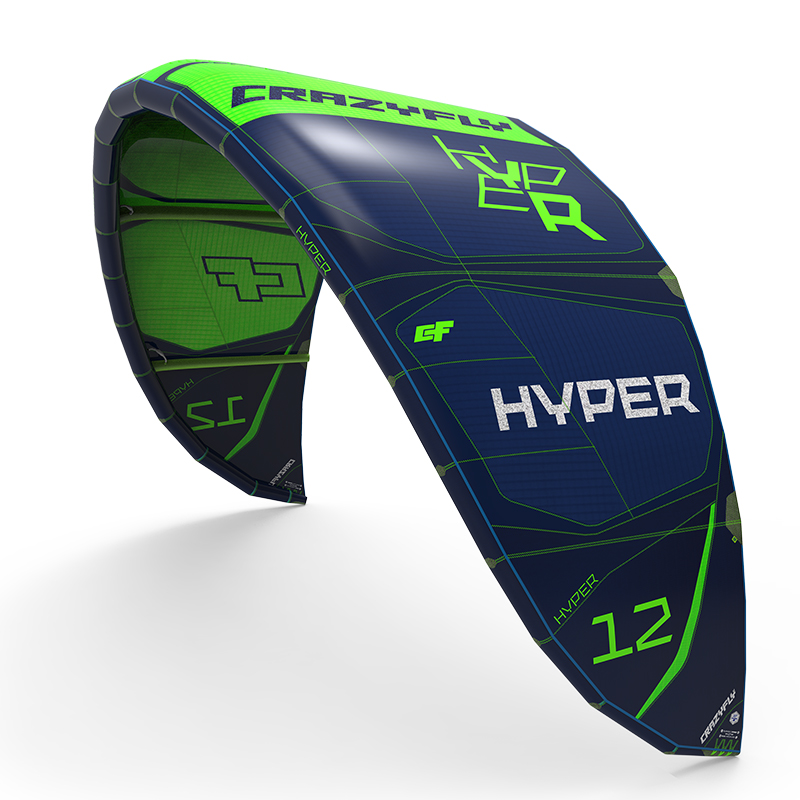 The Hyper is an all-new kite from CrazyFly for 2019 and has made a pretty instant impression. First we have had Posito Martinez choosing it as his go-to kite and securing some solid results as well as an eye catching performance at this year’s King of the Air, then it secured the Boosting Kites Category Winner prize in our Ultimate Test where it really impressed the test team with its accessible performance and stratospheric boosting potential. For this issue we’re casting our eye over the largest size in the range, the 17m, and its performance in lighter wind conditions. The Hyper is built in Europe at CrazyFly’s kite factory, which is just across town from their board factory. Having production on their doorstep has allowed them to implement some unique features on their kites, such as a Leading Edge seam which sits underneath the canopy (rather than across the top on other kites) to improve the aerodynamics of the kite. The Hyper is built around a Dacron Air Frame which provides a rigid structure for the tips, struts and leading edge around which the rest of the kite is built. It is not the lightest kite on the market (particularly in this larger size) but it is incredibly robust and very well built. It also has a three year warranty which illustrates the confidence that CrazyFly have in their workmanship.

For testing this larger version of the Hyper we rode it in conditions varying from around 12 to 23 knots. Riding with a twintip, and you really need to fly the Hyper to get going in lighter wind – this is not a ‘sheet in and go’ kite. So working the kite a couple of times is required to get up to speed. Then once you are riding the Hyper and have developed some apparent wind, it then locks in beautifully and delivers plenty of power. It’s impossible to overstate how solid the Hyper feels in the air – it is one of the stiffest and most responsive kites we have ever flown and you can really fine tune it with small bar inputs immediately responded to.

For boosting in lighter wind, the Hyper will give you back as much as you put in. For lofty jumps you can sheet in and it will send you up, but if you really commit and generate as much speed as possible before sending the kite with full commitment then you still get ripped off the water and sent upwards almost as quickly as with the smaller sizes. For foiling in super light wind, the weight of the Hyper (especially compared to a foil kite) means that you would not want to set off in anything under 12 knots but as long as you are confident that it will stay in the air, it is a very efficient kite for foiling in very light wind. The higher aspect means that it really trucks upwind and the responsiveness gives you the confidence to really push your riding. If you want to push it and really generate some speed then, when the wind gets closer to the 20 knot mark, the Hyper can inject as much power as you can handle into things and we were making some very impressive racecourse-worthy upwind angles.

In a sentence: This 17m is not a ‘making the most of things’ light wind kite, but if you want to fly the kite well and to continue riding to the best of your abilities when the wind drops down, the Hyper is a power machine. 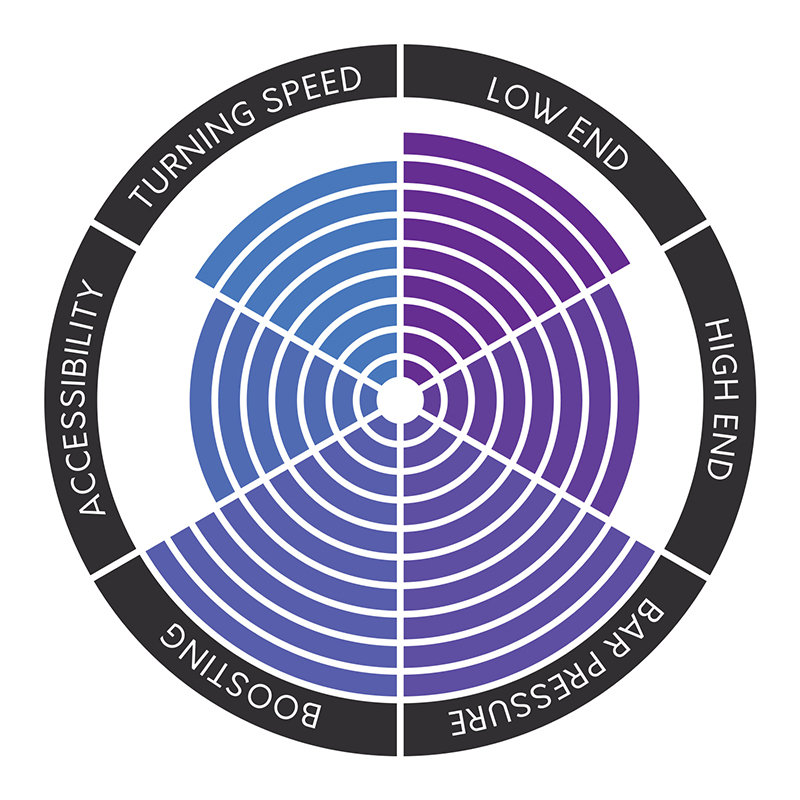