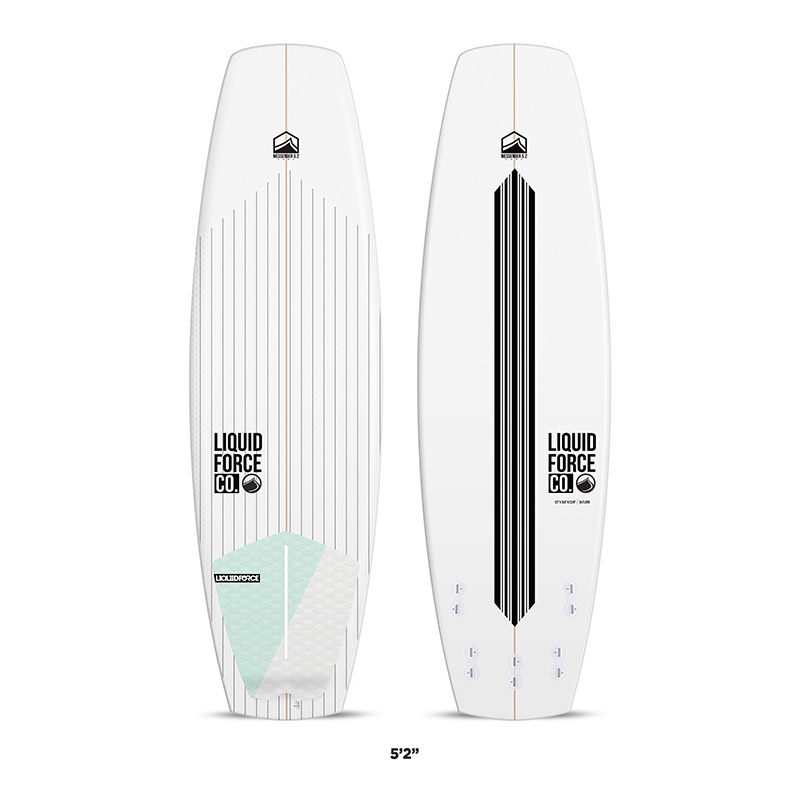 The all-new Messenger has just landed from Liquid Force and they are – understandably – pretty stoked about it. In these type of reviews first impressions do count… And as soon as we unwrapped the Messenger we were very impressed. Sure, it looks nice, but the really striking thing was the construction of the board. It is light, and it looks and feels like a surfboard – and if you really like riding waves then this is what you are looking for in your kite surfboard. The Messenger is built around an EPS core and is then laid up with top-end super tough S-glass with carbon weave netting on the deck and a carbon strip on the base to add strength. It’s a 100% strapless board with no inserts so weight is very low and the construction and feel of the board is very impressive. The Messenger has a now-familiar blunt-nosed outline which has proved itself to be a versatile and effective shape for a range of conditions. The Liquid Force take on the outline sees the wide point a little further back meaning that if you are riding off your back foot with speed in solid conditions, then the part of the board you are riding is more like a conventional board. The base features a deep double concave which runs from the nose and develops into a quad concave coming out of the tail. The Messenger has five fin boxes so can be ridden as a quad or a thruster. Most of the test team prefer riding this shape board with a quad set up so this was how we generally rode it.

On the water and the Messenger is very light and responsive under your feet. For general riding, the straighter rails, bottom contours and quad fin set up ensure that you can really power upwind, grind through chop and hold down a whole lot of speed – it really sticks to the water. This also translated into excellent performance for strapless maneuvers, where you can lock it in and it has a very clean and rewarding release. For riding waves, the Messenger is a very fun board in onshore conditions – it holds plenty of speed and does not bog down in slower or weaker sections of the wave and you can really drive it off the tail and generate plenty of mate-impressing spray carnage. For riding down the line, the Messenger likes to be ridden quickly – it really turns on if you are fully committed and you can confidently throw it into turns. With the wider nose it is happier being ‘snapped’ rather than carved into turns, so don’t be afraid to really drive it and to use the power of the kite to keep that speed up.

In a sentence: The standout highlight of the Messenger is its low weight and its impressive construction, but beyond that: it shreds on the water as well. 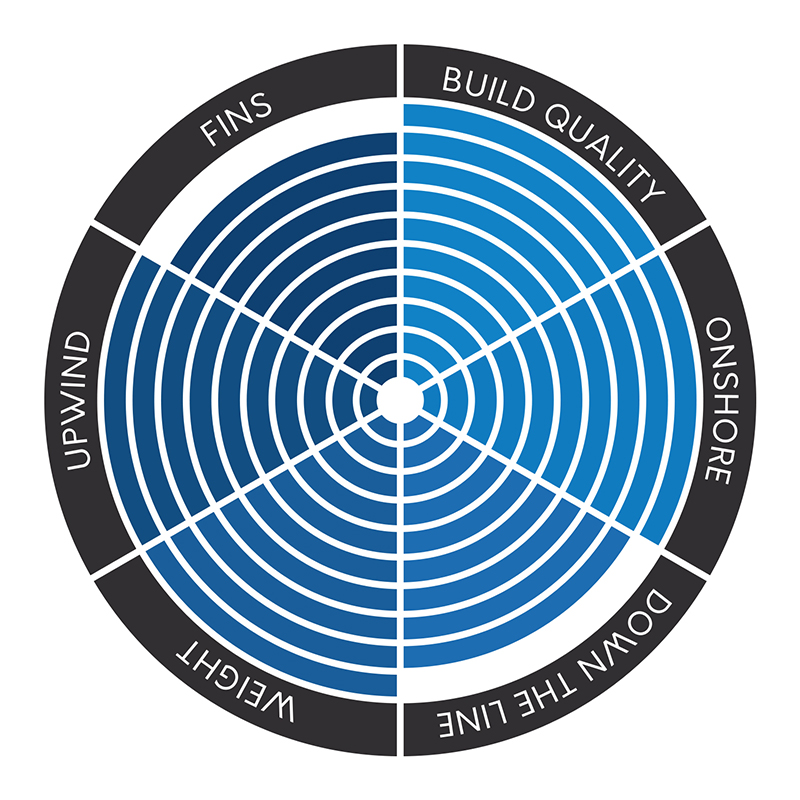