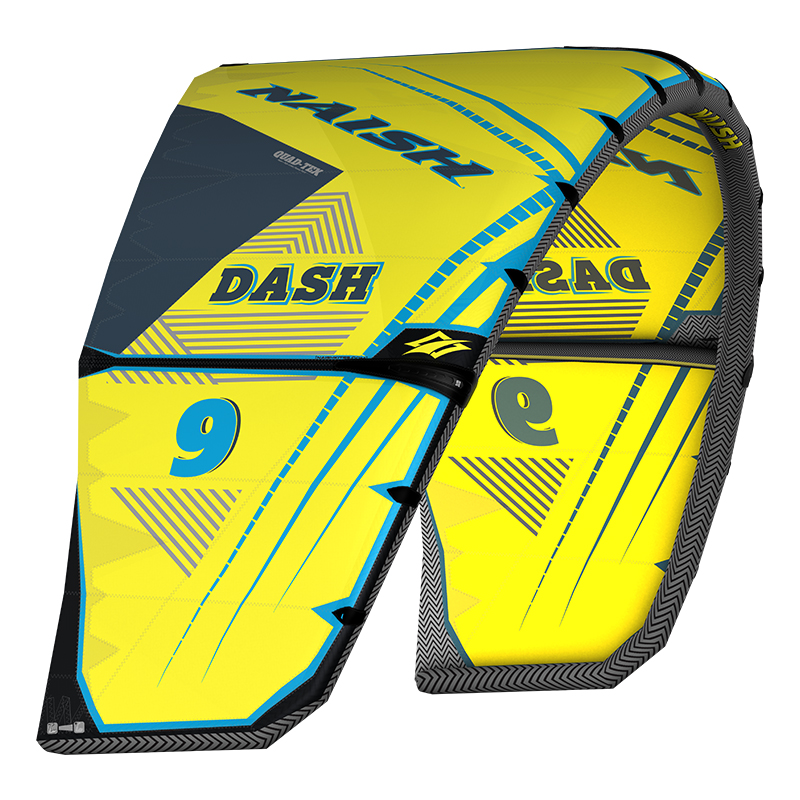 It’s all change for the Naish kite range for 2017, and sneaking out with their mid-season release are two spanking new kites. The Boxer is a new lightwind/foiling option and the other kite is the Dash. As the Park has left the range this year it is pretty fair to assume that the Dash will now occupy this part of the Naish line up – so we’re looking at a kite to sit between the Pivot and the Torch which will bring ‘accessible freestyle/freeride’ to the masses.

The Dash makes use of Naish’s new Quad-Tex which has been three years in development and is Naish’s flagship construction feature for 2017. We have checked it out on this and other kites we have tested and have to say that it as close to ‘bombproof’ as we have seen – and aside from the strength, a more solid material also delivers improved responsiveness. In terms of the shape, the Dash has three struts and a pulley-less bridle – this is not as short as some other kites but it still maintains the direct and precise feel that the Naish range seems to have.

In the air and the first impression is that the Dash has a touch more low end power than the Park HD. It feels more like the Park from 2015. The Dash is then quick turning and lively, which will excite many riders as its shows its true versatility – it can be used for freeride, freestyle, and also some wave riding. You feel very ‘tuned in’ to the Dash and you can really place it where you want it be – it is a “kiter’s kite” and if you have the skills then it has another level of performance and is an even more rewarding kite to fly. Heading for the sky and the pop and hang time are mighty – in keeping with the new world of WOO records and King of the Air, the Dash is a boosting machine, but with a nice amount of float and with a bit more time to think about things than you get with the Torch. Unhooked and it also performed well with plenty of pop, and enough slack when passing. For general cruising and for messing about in the waves, the performance is predictable and intuitive with no unexpected surprises. So the Dash really does cover all bases.

In a sentence: Naish have really got it right with the Dash which we expect to be an instant hit in the performance freeride world… 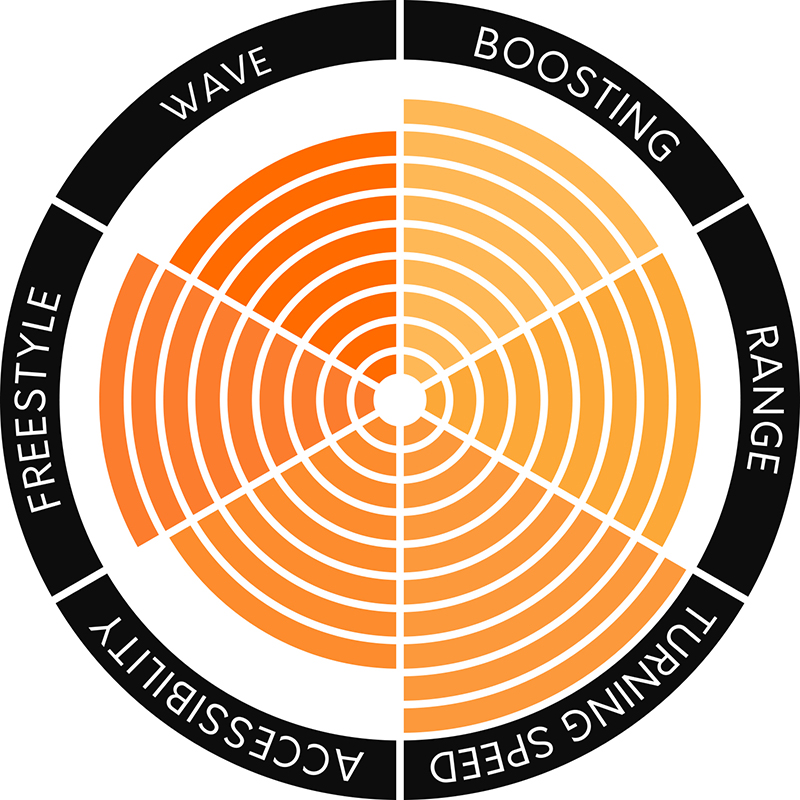