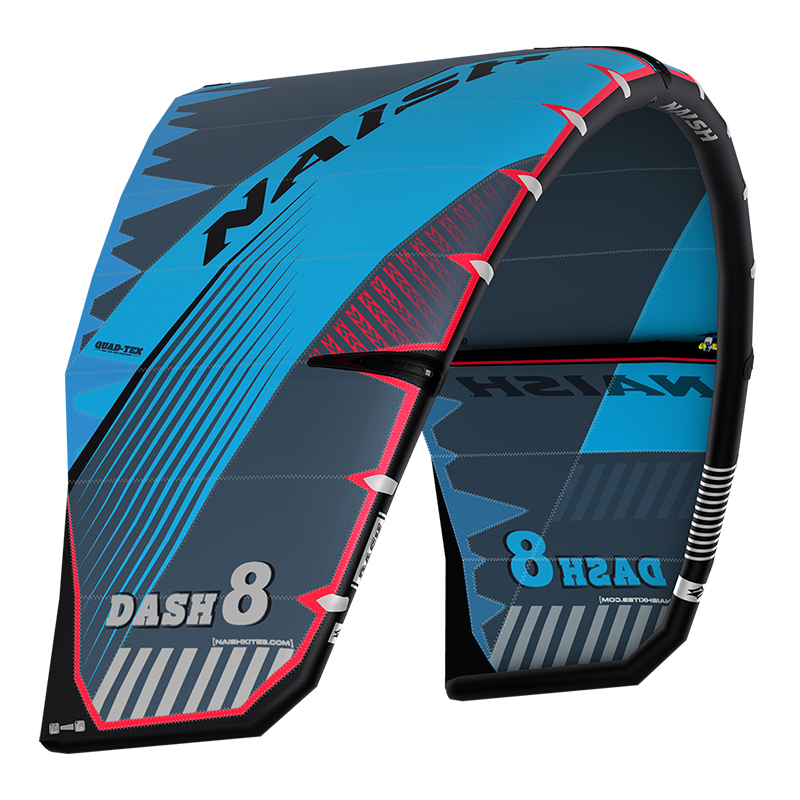 The Dash is on to its second iteration – when it arrived in the range last year it was very well received in the ‘performance freeride’ category. So a kite for guys who want to push the freestyle button and go for some loops, boosting and unhooked action, but also want to keep things more playful and don’t want the full commitment of a pure freestyle kite like the Torch ESP. It goes without saying that this type of kite has seen a massive growth in popularity over the last few years, so it is important to get it right. V2 of the Dash sees a reduction in weight with the Quad-Tex allowing Naish to remove more Dacron due to the extra canopy strength provided by this. The LE diameter has also been reduced which fits the philosophy of the Dash in terms of increasing turning speed and responsiveness. Overall the build quality of the Dash is impressive.

On the water the Dash gives you that classic Naish feel: it’s fast, precise and is light on the bar, and what is often Naish’s best quality is the incredibly smooth and silky depower. There’s never any spike in power when sheeting, and small adjustments at the bar see an immediate response. Good work from Damien Girardin, Naish’s main kite designer. The Dash is not a ‘sheet and go’ kite and requires rider input to make the most of it which is the nature of these kind of kites. It sits a little further forward in the wind window than the Pivot for instance, which means that the low end is also not quite as good, but in the right hands the Dash delivers one hell of a punch. You can explore the wind window with it to find that sweet spot and then – once you have tuned in – the Dash will have you boosting to the moon and smiling from ear to ear. We had the Dash out in some serious wind, and it seems to have an endless top end. It just keeps sucking it up. Never did the Dash want to pull you off your edge which is a real confidence boost once the wind gets up and encourages you to really push your limits and go for some serous loops.

Unhooked and the Dash is great fun. It is fast and flies forward well which gives great slack and is perfect for handle pass tricks. For looping the Dash, it has so much speed that you can really throw it down hard and you don’t worry that it won’t catch you – this is the Dash’s domain and it knows it. For experienced loopers you can definitely get away with riding a size bigger and riding shorter lines and, who knows, it could be you on the cover of the next issue.

In a sentence: The Dash puts the ‘performance’ into the performance freeride category with its fast and exhilarating ride. 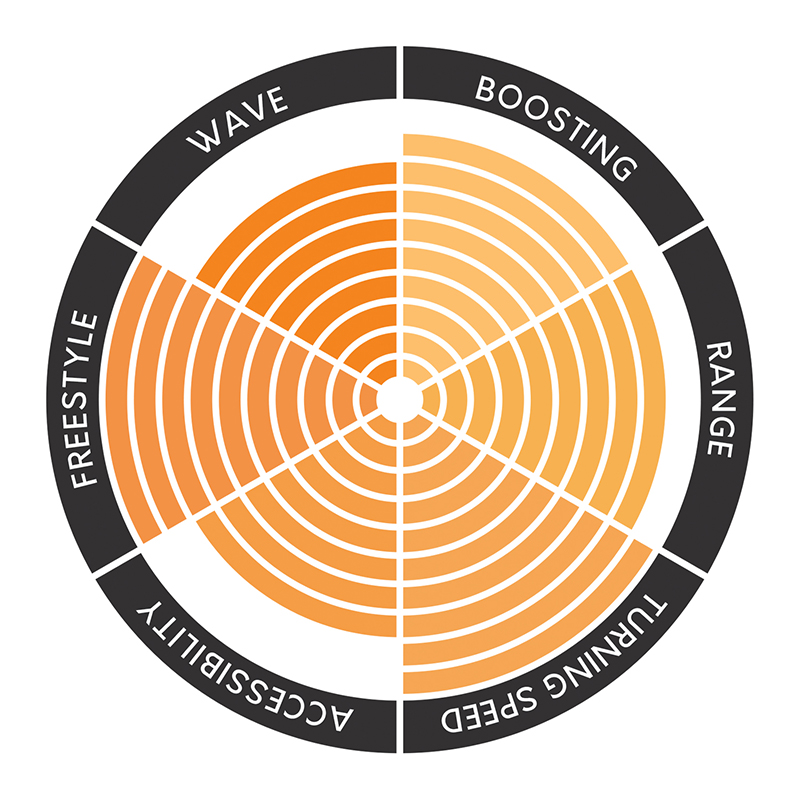