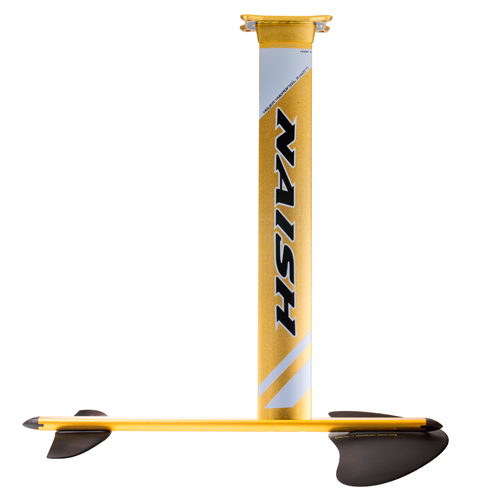 There was a lot of excitement about the arrival of the new Naish Hover Foil which has been a couple of years in coming. Unpacking the package and it was great to see that the Naish Foil comes in its own travel bag which is a really nice touch, then the fuselage and mast (available in three lengths) are aircraft grade aluminum 6061. The wings are low aspect which creates a mellow lift at lower speeds, so if you’re cruising or looking to venture into some surf conditions then this is a great option. Naish have also opted for a relatively long fuselage to further aid stability. This was one of the heavier packages that we had on test and it was clear that Naish have opted for durability over all out performance.

On the water and the Naish was an easy foil to get to grips with. The board (we had the 160cm, there is also a 130cm) had plenty of volume and length so getting it foiling at low speed was relatively simple and would really suit those just heading out on a foil for the first time. Then what we really like about the Naish is that once it’s up and foiling the balance of the setup is excellent, so you don’t need to apply excessive front foot pressure to stop it rising. It naturally sits nicely in the water which gives you heaps of confidence.

It goes upwind easily, and when riding it downwind you suddenly realize after 15 minutes that you haven’t fallen off! Which is a real asset in a foil as this tends to be when things quickly begin to deteriorate… Tacking was steady and forgiving and if the nose dives it doesn’t sink, and speed and wobbles were controllable. It’s not designed for speed and it pretty much topped out at 20mph, but even then it was still stable and we came off the water singing its praises as the whole set up gives you a lot of confidence.

In a sentence: Naish’s introduction to the foil market is a durable and accessible foil at a very competitive price point which ticks all the boxes for foil-cruising and for beginners to the sport. 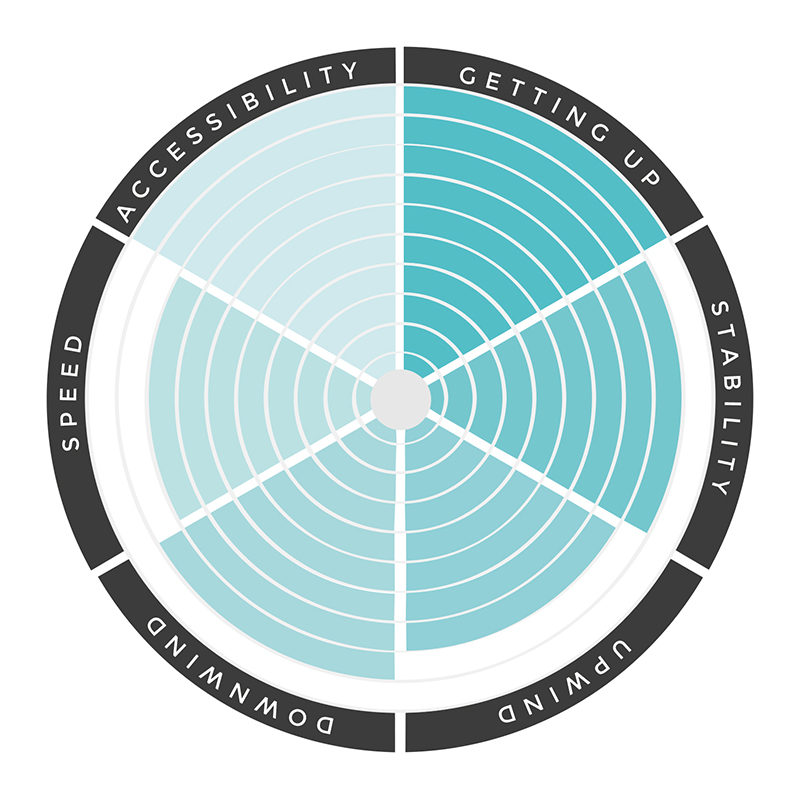