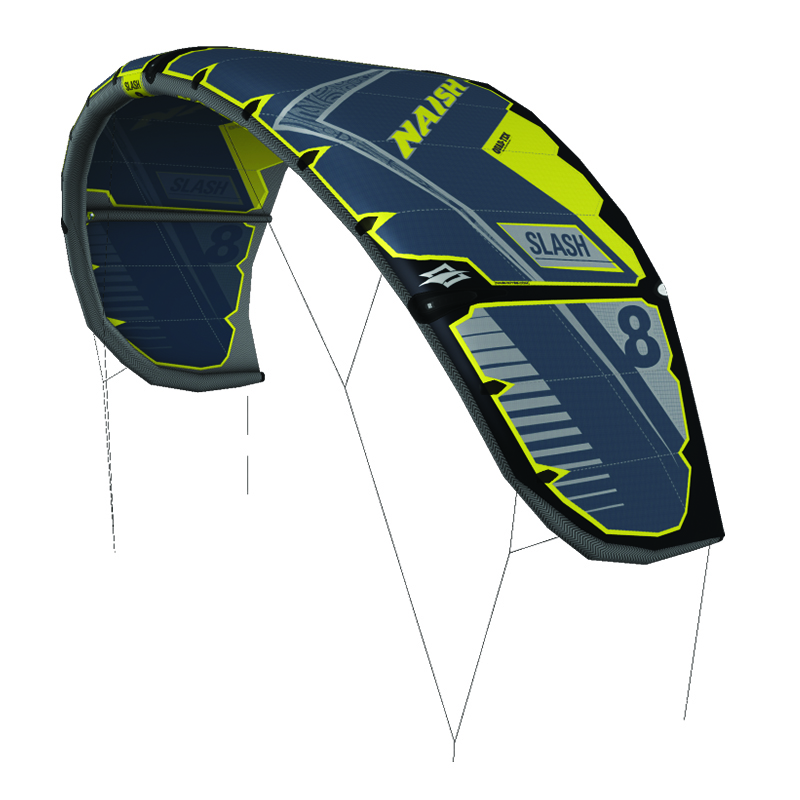 There was much excitement on hearing that Naish were bringing out a ‘pure surf’ kite… The Pivot had been a favorite of the test team and had been a great kite in the waves so we were excited to see what extra qualities the Slash would be bringing to the party… The first point to note is the fact that the Slash is built from Naish’s new Quad-Tex material. There has been much hype around this and, as a canopy material, it really does have a whole new look and feel… Profile wise and the Slash is pure ‘three strut boxy kite’. It looks like it is coiled up and ready to let loose!

We also had the new Torque ATB bar to test. This is solid with a super-plush and comfy finish, and the new QR system is very simple to release and to re-arm. It’s a very well thought out and well-engineered evolution and is a welcome upgrade from Naish.

In the air and for us the Slash felt a little more tuned and refined than the Pivot. It responds to even the smallest input and consequently it is very easy to place the Slash where you want it. It sits relatively deep in the window making it a great kite for onshore conditions as there is always power on tap when you need it but, if you don’t want the power, it will drift comfortably downwind with you. The drift is super-stable and predictable and was one of the standout qualities for us. For sideshore riding, the Slash is happy to fly a little further forward in the window and there is plenty of depower for when you don’t need anything from the kite, and the Slash depowers very quickly without having to sheet all the way out.

Generally, we found that the Slash was a very accessible and easy kite to fly, but for experienced riders who want to be able to place their kite exactly where they want it, the Slash offered much more than that with some exceptional performance.

In a sentence: A great addition to Naish’s line up, the Slash has all of the characteristics you want from a wave kite but in a particularly ‘tuned in’ and refined package. 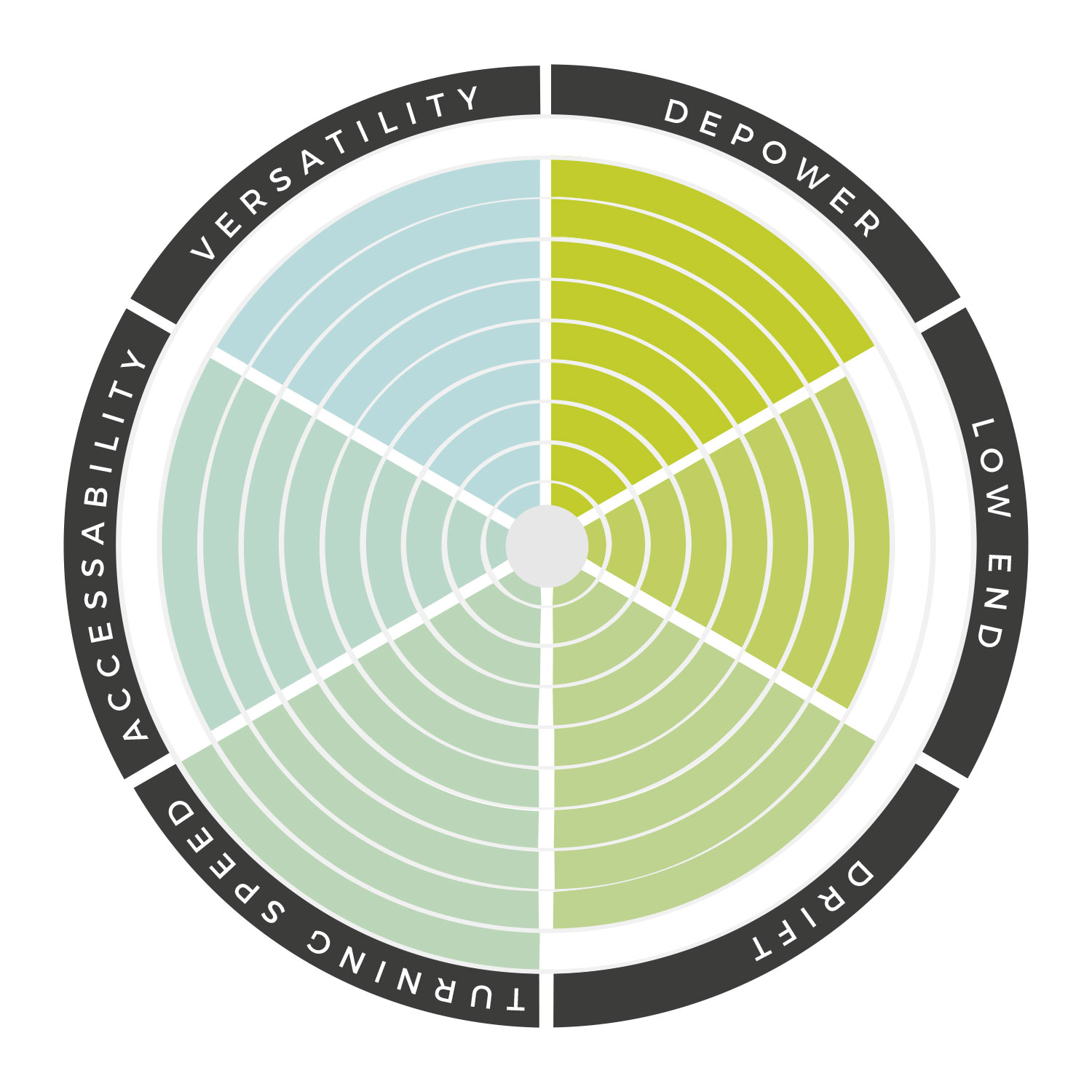