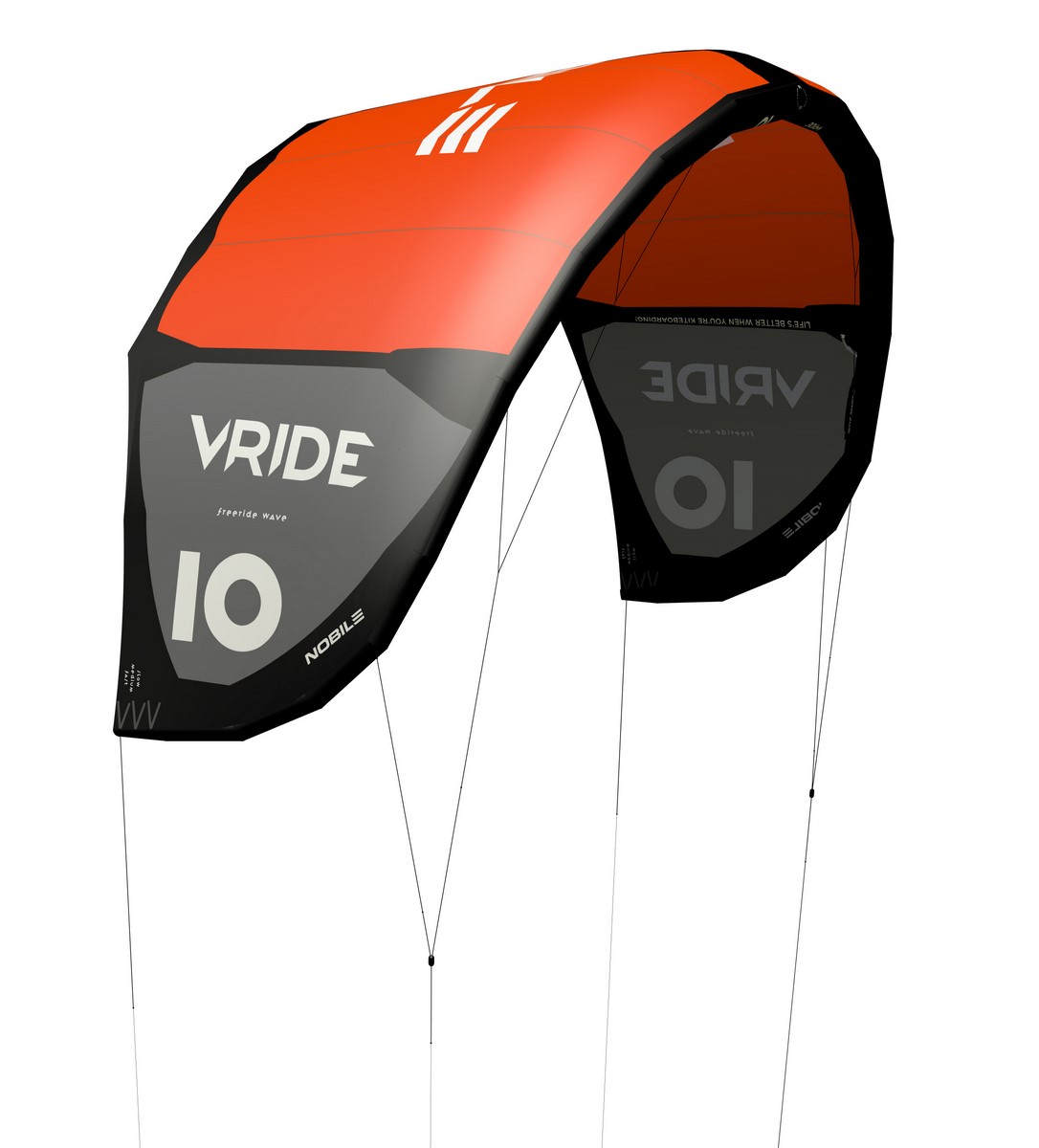 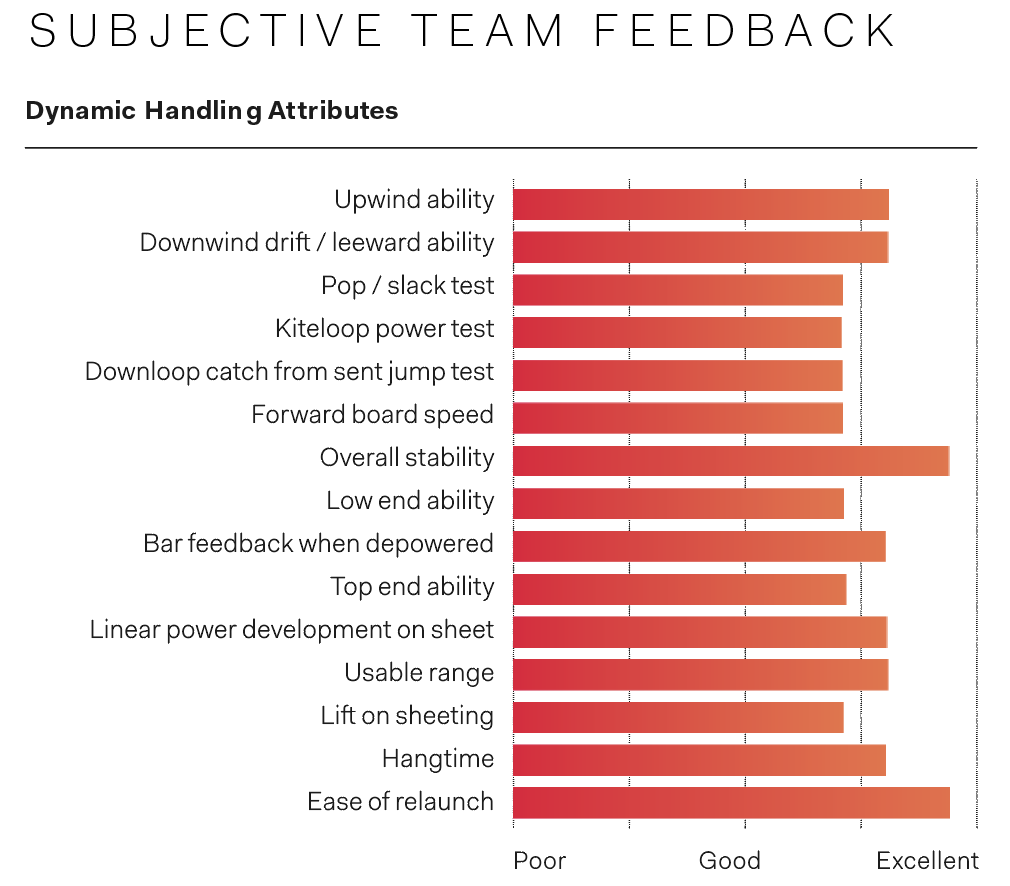 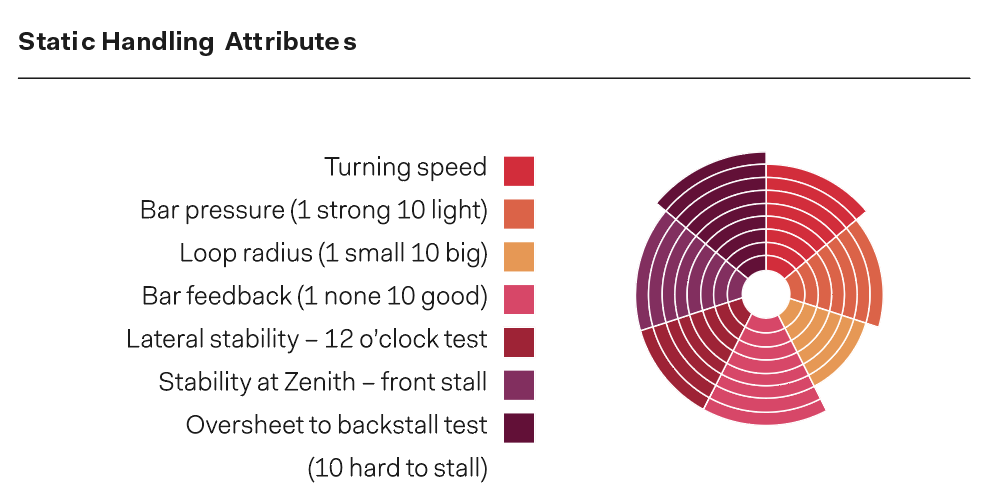 Polish board giants Nobile are assigning fresh names to all their LEI kites across the range this year and the V-Ride replaces the previous T5 and improves upon the three-strut hybrid platform aimed for fun and uncomplicated freeriding. The T5 has had a serious lineage stretching back over a decade for Nobile and has had various guises, all the way back to the 555 which was among the first crop of SLE’s.

Compared to the previous T5, there is far more of a wave application built into the V-Ride with an obvious crossover in positive characteristics towards general freeriding and foiling. Shape-wise, if you were going to sketch a hybrid kite on a napkin, it would look exactly like this. The build is minimal, but well-considered with scuff protection intelligently placed. It weighs in at almost exactly 3kg, which ranks extremely well for a 12m. The bridle is fairly long with a pulley per side, which allows the pivot point to shift inwards and get the larger canopy moving around the window well. The Dacron trailing edge scallops neatly into the segments of the canopy, and there is a fair amount of extra reinforcement around the struts, which means it will take a roll on a rocky beach without damage.

It is a stately freeride kite with a wave lilt. The low weight allows it to fly relatively early for a 12m and generates progressive smooth low end power and drift aplenty, even in the 12m, not a size usually notable for wave use.

Powered up on a twintip, you’re presented with a well-balanced freeride nirvana: easy handling, gentle lift and a smooth curve acceleration. It’s as if someone has smoothed out all the usual bumps of kiting. Feathering the bar releases power quickly; we would say the bar pressure sits at the lighter end of the spectrum, which means the weekend warrior will not suffer from a hint of tennis elbow, even on a longer session.

We took the 12m out in some lighter air hydrofoiling and found it to be impeccably behaved with the upper wind range extending a little further than we had imagined. When heavily depowered the kite retains its shape and handling well, and doesn’t vibrate until it is at the bitter top end of the wind range and being thrown around.

The V-Ride is a luxury cruiser with gentle power delivery and excellent stability, leading to an unfussy and simple kiting experience regardless of your chosen board or water surface. 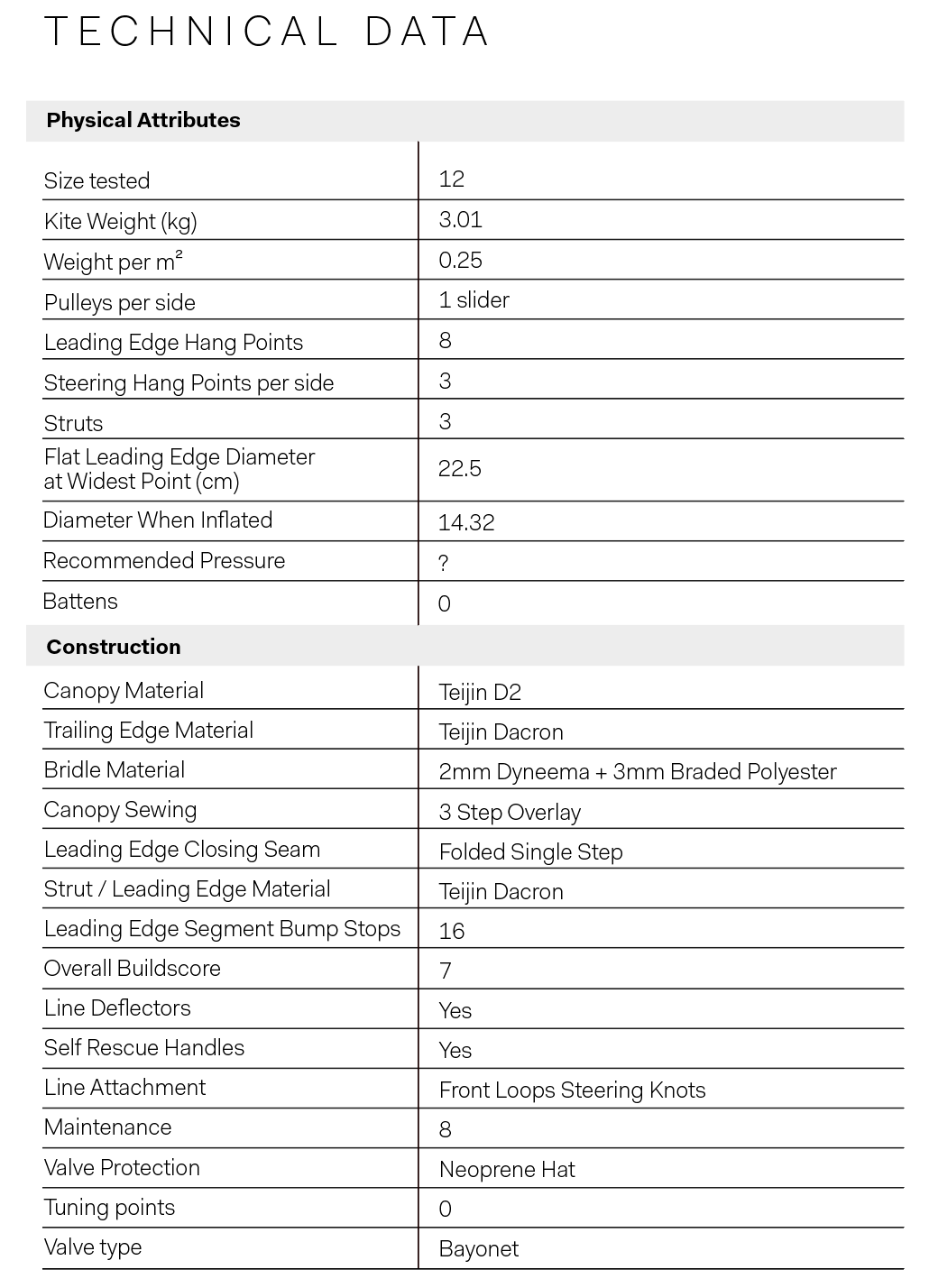 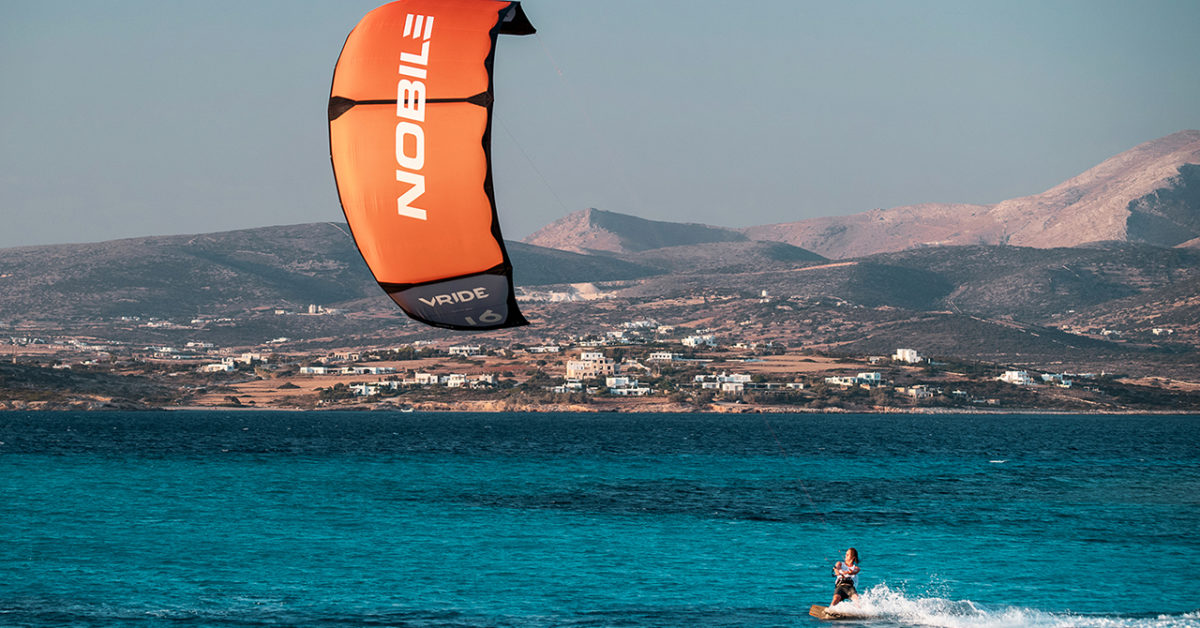 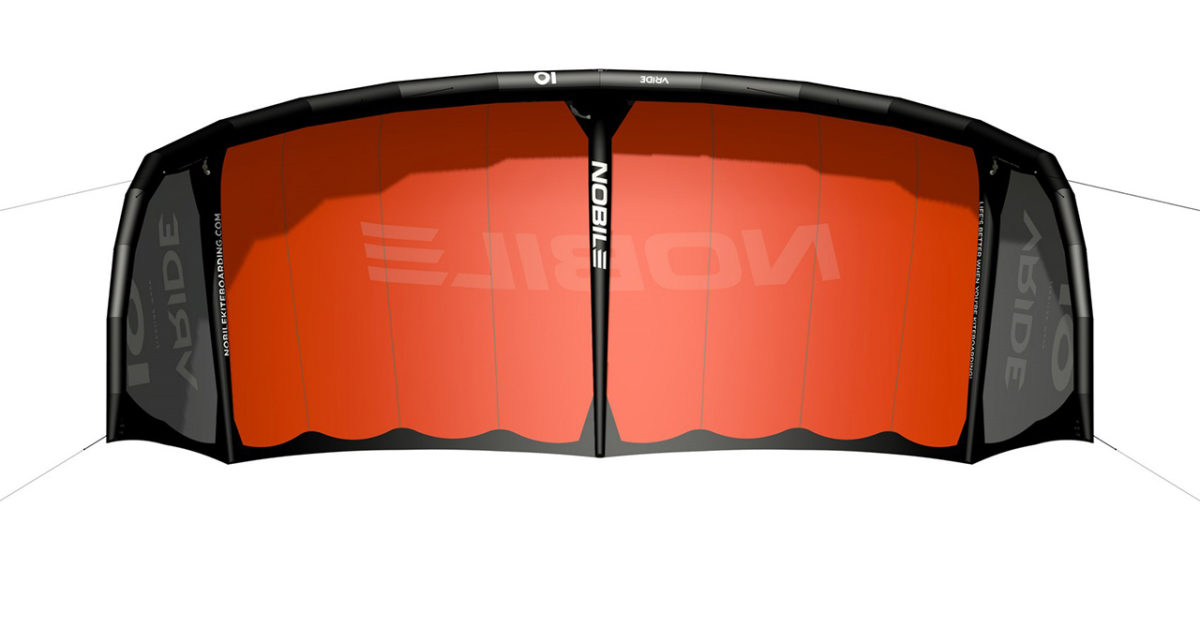 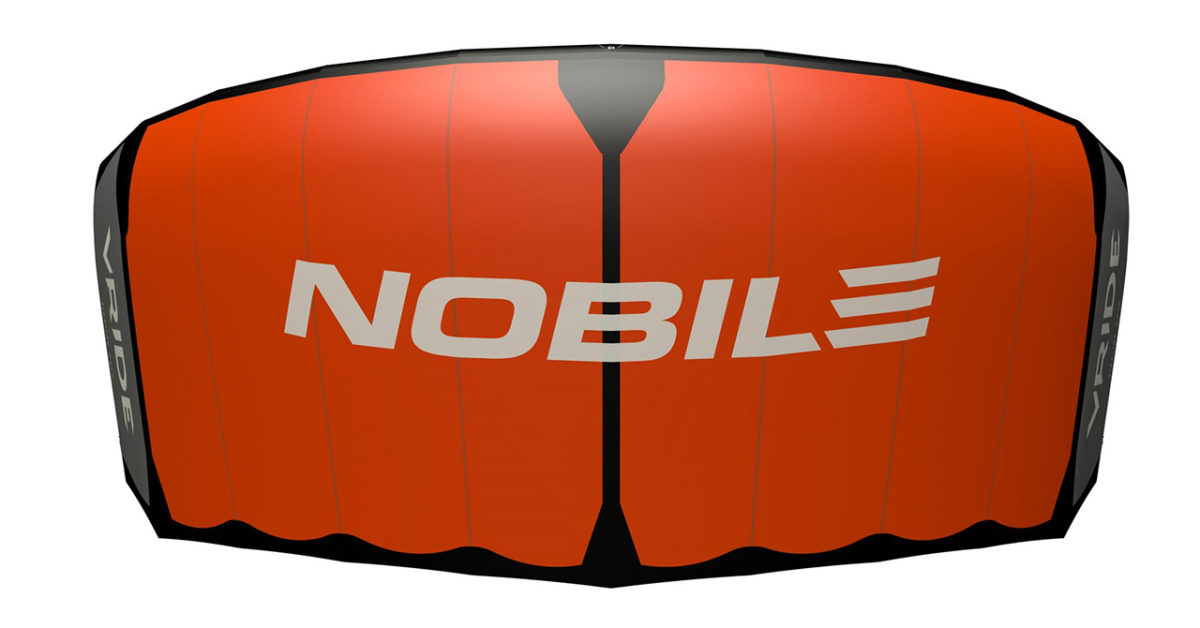