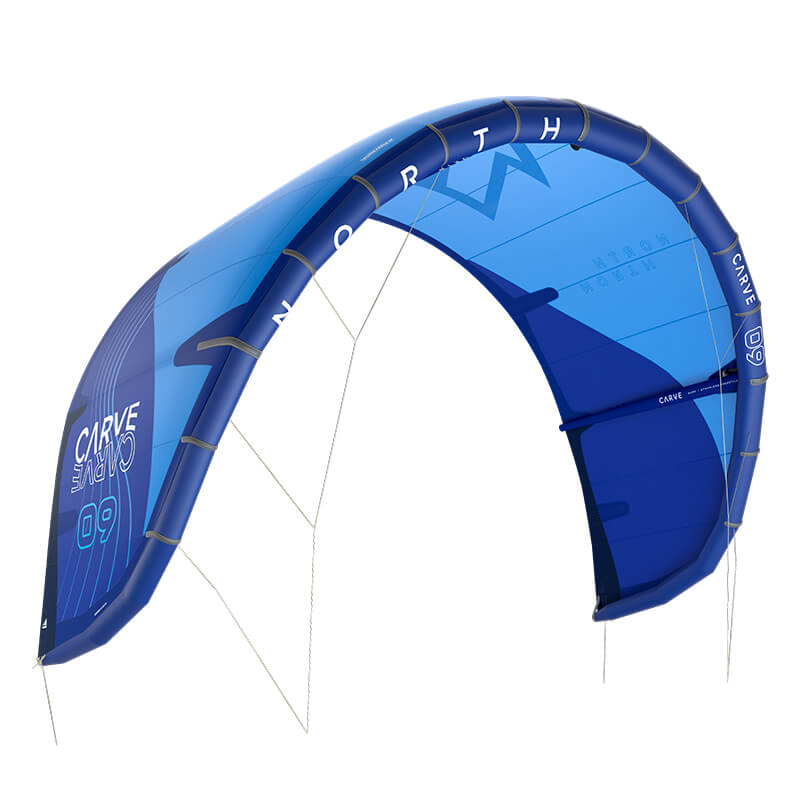 Whenever Pe’ahi wakes up and provides those other worldly barreling watery mountains, more often than not we get a drop of mind-blowing photos from a certain Jesse Richman, attached to North’s wave-specific Carve kite, doing something rad. It’s a few years into production now, and with an impressive reputation and user base we were intrigued to see what changes they have made for the third 2022 model.

In the build, there’s been some definite weight savings, with the 9m weighing in at a competitive 2.9kg on our scales. This has been achieved with some revised material use – a crisp mid-weight cloth framing the trailing edge as well as replacing Dacron on the intermediate section between canopy and leading edge tube. Two small flexible battens are hidden in the wingtips to firm things up in the trailing edge. Some new lightweight bladder material has also been employed. In practice, this has translated into a more mobile kite with an extended wind range, particularly noticeable in the low end. The bridling has seen another comprehensive rework, which North have coined the Active Load Distribution; it’s comprised from a low diameter minimal parasitic drag material. No pulleys are in place, keeping everything pleasantly direct and simple. Inflation is via the same screw in bayonet valve that’s been in place for the last couple of years.

In the field, we found the kite far more perky to initiate turns than last year’s model, but the Carve still has the inherently solid feeling and background pull from previous years, letting you constantly know where it is in the sky. It feels instantly familiar and quick to dial into.

It’s a very stable and predictable platform, even when the conditions are super variable. We felt the weight distribution has improved its fore and aft balance; where the previous year could sometimes be a little nose heavy, this year the Carve seems to drift more predictably. The Carve’s low end is as impressive as ever, and you certainly can be conservative about size choice without feeling too underpowered; the marked increase in mobility also helps you generate more low-end power by moving the kite around to fill any lulls. When the kite whips across the wind window, it remains super composed and it’s very easy to feather out the spike in power; it’s got a high level of depower at the bar, and isn’t going to pull you off your board during an aggressive bottom turn. On the waves, it does everything correctly. The drift is there in spades, the turning capability lets you line up well and find a good rhythm for drawing the lines you want, and there’s enough power on tap simply with the sheeting to make sections without having to whip the kite around too much. This comes into play when it comes to strapless freestyle, where you can translate that power increase into some nice floaty lift, and importantly a predictable and soft descent. The more reactive and lightweight airframe crosses over well into freeride hydrofoil use. The nippier nature and instant power on sheet whips you out of your transitions smoothly and with decent pace.

For 2022 the Carve has had what can only be described as a fairly major handling overhaul, making it a more mobile and precise kite than ever with intuitive turning characteristics. It achieves this without sacrificing its solid and predictable nature too much. It does this in a balanced fashion and at no point does it feel twitchy. These subtle but effective revisions make it ever more versatile to differing conditions, and a key piece of any serious wave conqueror’s arsenal. 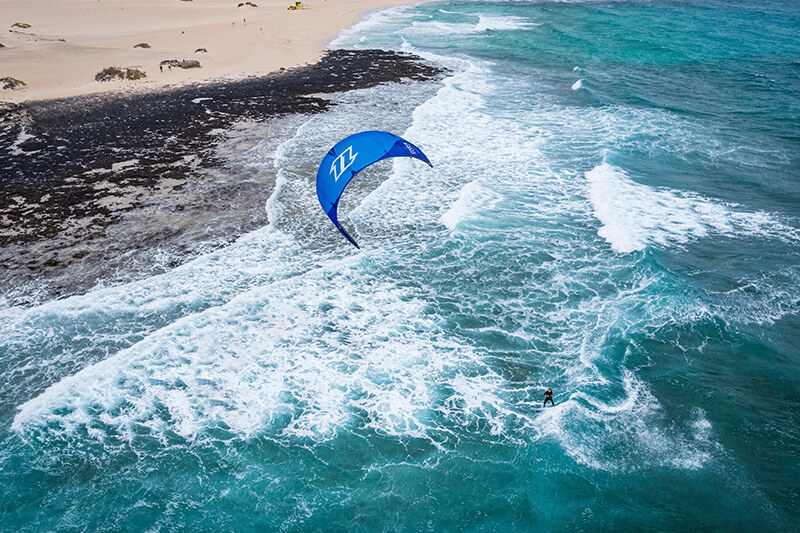