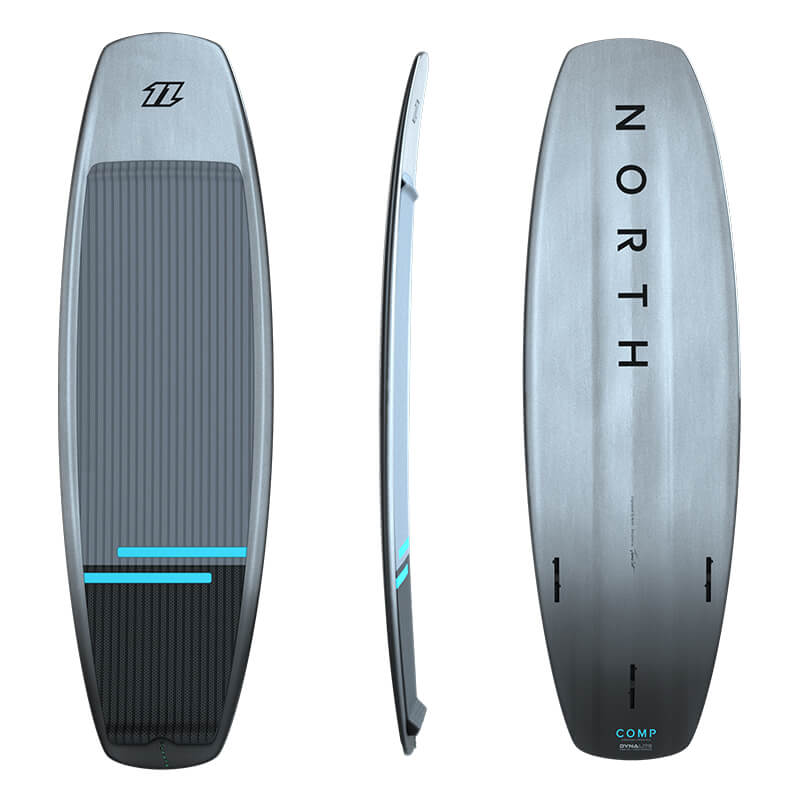 With North’s strapless freestyle monster Camille Delannoy setting his sights on the GKA Kite-Surf tour, it was inevitable they would adapt the board for his powered and aggressive style of competition riding. This year heralds a complete sea change in construction, moving away from a traditional layup to a hybrid carbon build North have coined Dynalite. Three sizes are available from 4’10 to 5’2. We tested the middle sized 5’0 which weighed in at 2.6kg with the fins attached.

From a shape perspective, it’s clear the new construction has opened up some design opportunities to tailor the board for purpose. North’s Kiwi shaper Jamie Scott has kept things relatively narrow, and the new low volume keeps weight down and enables the rail to be quite thin, making it easy to load power and release in the smallest of chop or even completely flat water. There’s a slight recess to the deck, building in the all-important grab rail, which is an ergonomic diameter to catch and builds into a practical and flat main deck area.

The bottom channeling is interesting – there’s a full V that extends down the centerline. In the mid-section and nose of the board this fades into a flat section either side, but in the tail it’s flanked by a secondary, fairly aggressive channel to provide more of that all-important grip.

The deck pad is a masterpiece and was clearly a major design consideration, thin enough to maintain decent feedback from the board, but with enough meat there to give you a little shock absorption. The EVA has a corduroy pattern in both directions, more pronounced across the board’s width. This aids with lateral grip on those harsher landings. The fore and aft pattern means you can land hard and not end up doing the splits, and EVA bump stops at the front and rear of the pad allow a buffer at each end to push against without having to look down, establishing that wide and low stance required for strapless freestyle.

The fin set provided was the North Hexcel Coremat in medium size on the tried and tested FCS2 system. These have quite an aggressive ducked out angle, meaning the rail side fin gains extra grip when angled over riding, again a ply to gain more grip and load the fins with power for a more aggressive take off. Whilst light, the board feels tough to handle and makes a great job of striking the balance of durability versus mass, which is very important in this market sector.

In the water, all these subtle design tweaks come together to produce a board that’s extremely easy to load and pop with, and what’s more, very comfortable to land on. The low weight means the board follows you well and the wind pushed it nicely against your feet when airborne. Although on initial inspection it appears a little narrow and power hungry, we found it didn’t need to be ridden too powered to get the most from it and tanks upwind, opening it up to a broader spectrum of use. The fairly flat rocker line means landings need to be fairly accurate, but as long as you come in with some speed, it was amazing what you could get away with. The other bonus with the Comp is its wave performance, which was genuinely entertaining. You can still bang out a really snappy top turn with it.

The North Comp is all you could want from a strapless freestyle board, and will also suit less discipline-focused riders as an entertaining board for bump and jump conditions. 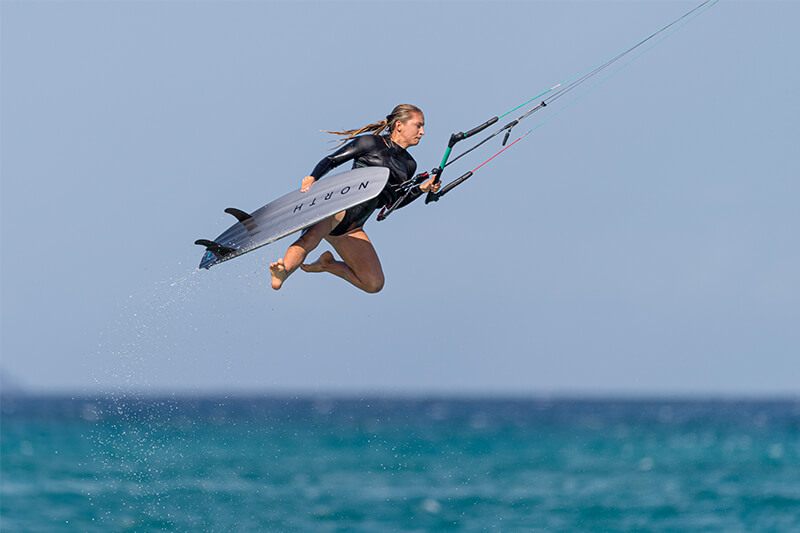 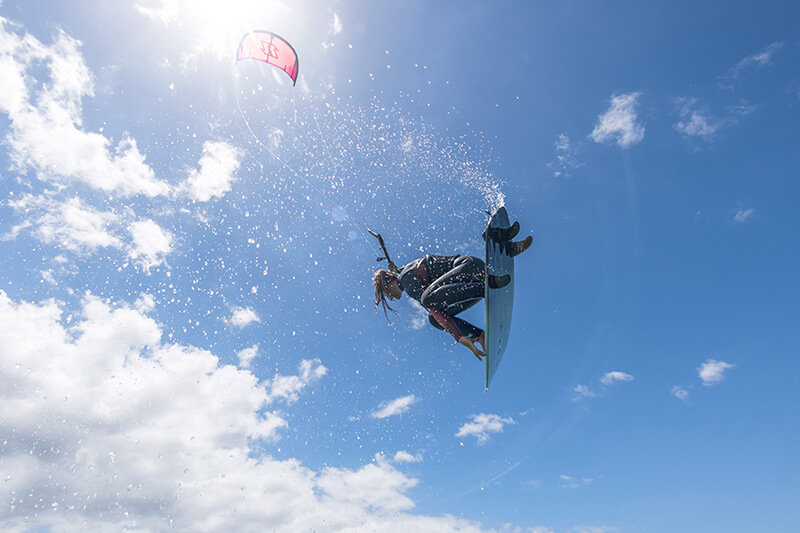 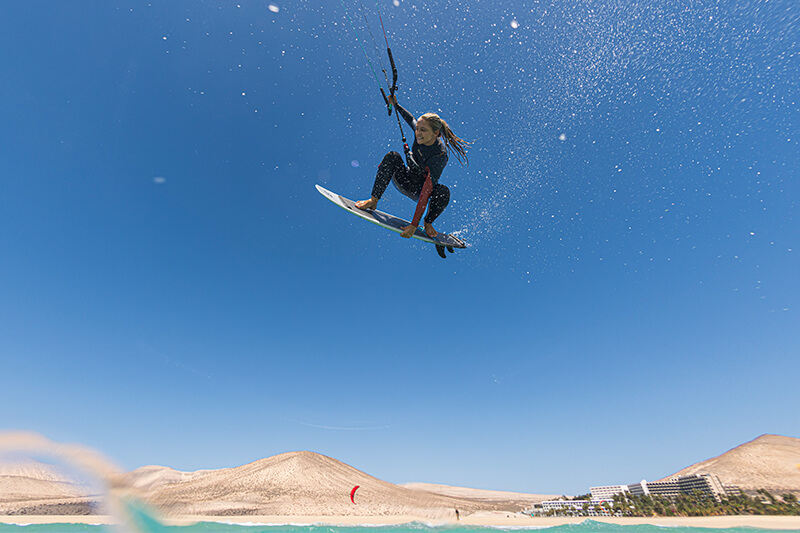