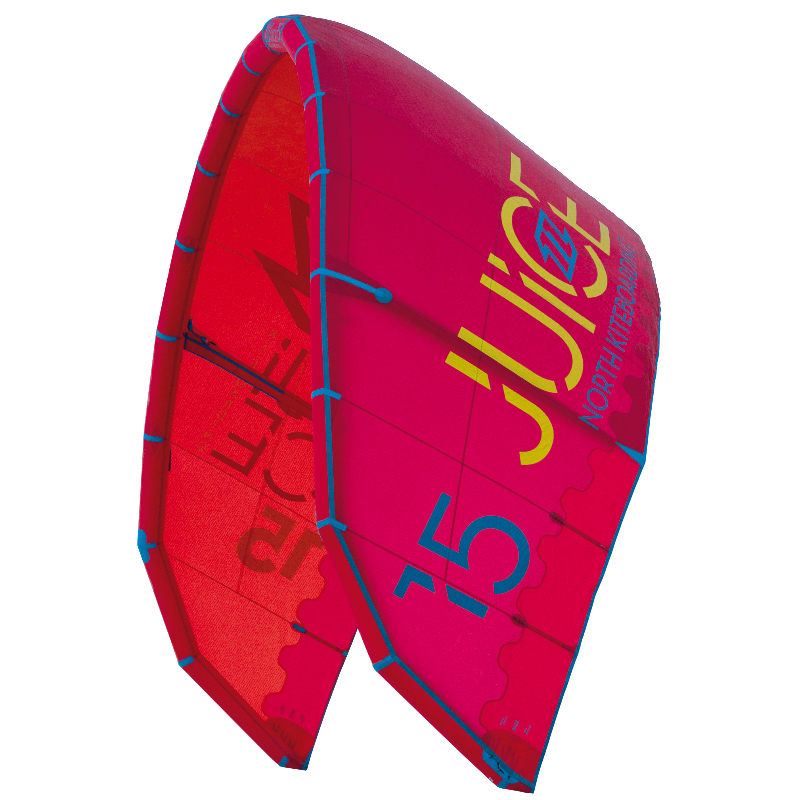 Ah, summer cometh in the UK and it’s time to put your 7m in the garage and start using kites that have a ‘teen’ at the end of them. Enter the fifteen meter North Juice. The Juice is now into its second generation having stormed the ‘big kite’ market when it first arrived on the scene.

Built around the Neo platform, the Juice was one of the first ‘big kites’ with less than 5 (or 7!) struts. Construction is light but with reinforcements where you need them – you wouldn’t want to drag it around the beach all day but, as with all big kites, weight is integral to performance. Pumping up the Juice and it does look and feel like a big Neo. The LE is chunky and the struts bigger than other kites of this size which have more struts to support the canopy.

On the beach it doesn’t really look like it should physically work but, as with V1: it really does. We were flying it on 24m lines and a quick dive delivers enough grunt to get you up and riding. Power delivery is smooth and you need to employ the standard ‘big kite’ technique – so give it some beans on your initial dive and then bear away to generate plenty of board speed before easing into the wind and pulling on the power as the apparent wind comes in to play. The Juice responds very well to this and once you are up to speed it genuinely feels light and nimble, and more like a 10m kite than a 15.

The Juice does not sit as far forward in the window as its racier cousins, making it an easy kite to keep in the air and a relatively stable option even when the wind is marginal. For a big kite the turning speed is good, and you can fly it to the edge of the window then turn it aggressively and it spins round very nicely indeed.

Range is good – it does have a top-end and there is some flutter when you get there – which means it’s probably time to get back on your ‘normal’ kites. The massive plus of the Juice is that it is such an ‘easy’ big kite to fly, so if you are looking for a kite that ‘feels’ like your normal quiver but gets you out in less than 12 knots, the Juice is a great option. 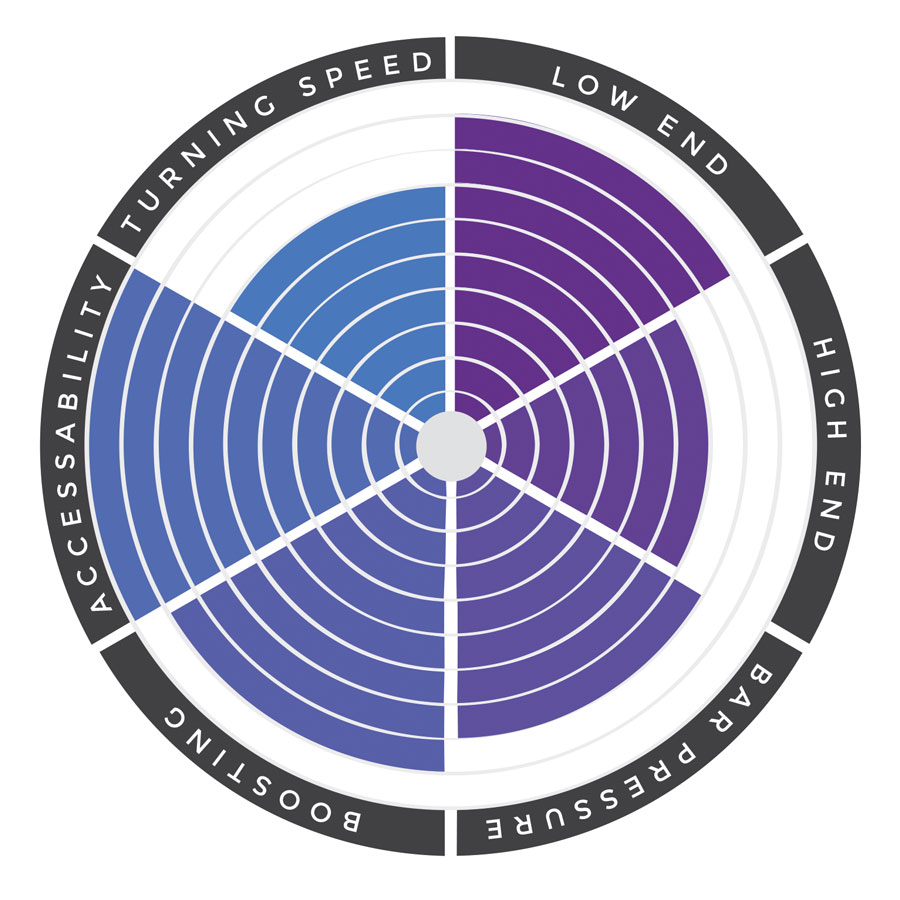