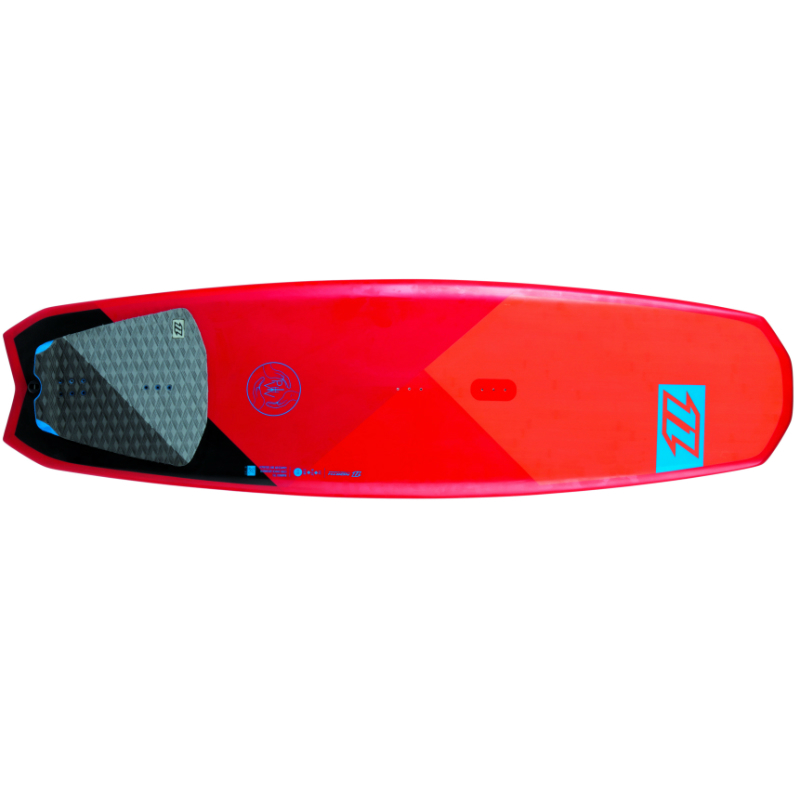 It’s fair to say that the Whip has had a few changes since last year. Quite a few. In fact it is pretty unrecognizable. North have dived straight in with their new Compact Surf Shape – evidently the protos went so well they decided to introduce this and the Pro-Series in this shape and construction straight away.

So, what’s new? Well the most notable difference is of course the fact that it has lost its nose. The tail is also wider and squarer, and the rail line straighter. In terms of what is under the surface, there is the bamboo tech construction and – although not the lightest board on the market – the weight is respectable.

On the water and, with plenty of float and low rocker, the Whip comes up on to the plane very early and, even in lighter conditions, maintains an even speed and trucks upwind confidently. One thing that you become quite used to is that it’s a great board for getting around on. You don’t have to worry too much about shifting your weight as far forward as you can to maximize upwind performance – those rails just dig in and it’ll happily ride around all day. It is true ‘stress free’ cruising.

Moving on to a wave and the Whip immediately switches in to surf mode and comes alive – once you have generated some speed it turns confidently on the thruster set up and the fin configurations ensure that, despite the wide tail, you can really spin it around. This consistent speed and float is a real asset in onshore conditions when it will carry you through weaker sections before generating speed from the wave again.

In larger waves or cross to cross-off conditions you might expect the Whip to struggle, but we thought we would give it a go… We were surprised by the fact that the Whip did genuinely feel very stable at high speed, and more surprised by how well it responded to powerful waves. It held an edge very nicely and, coming aggressively off the lip, it snapped round and was immediately ready to for the next section. 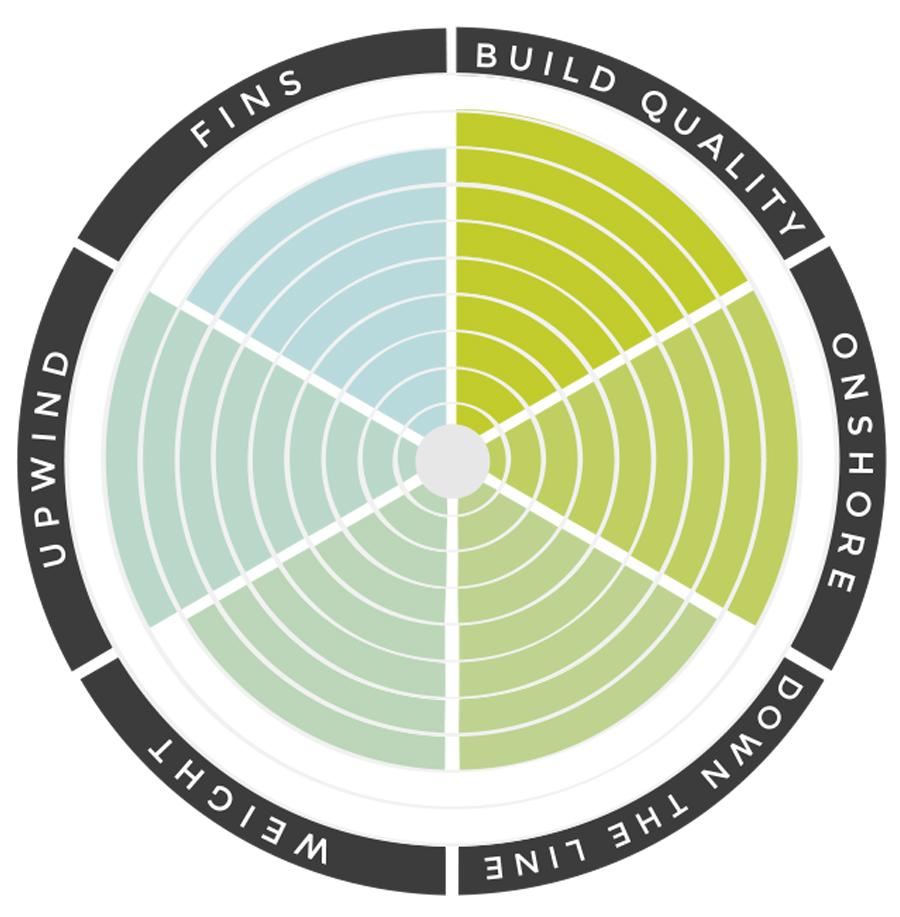