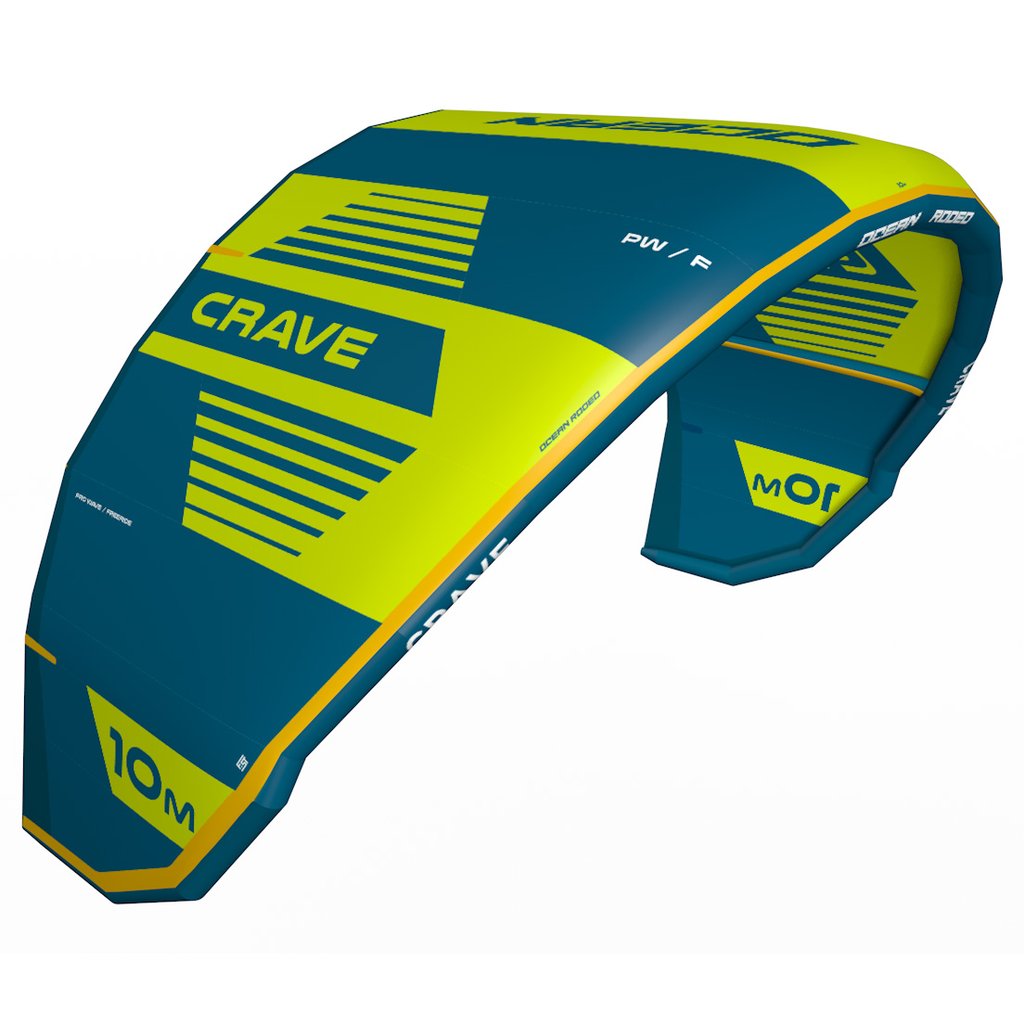 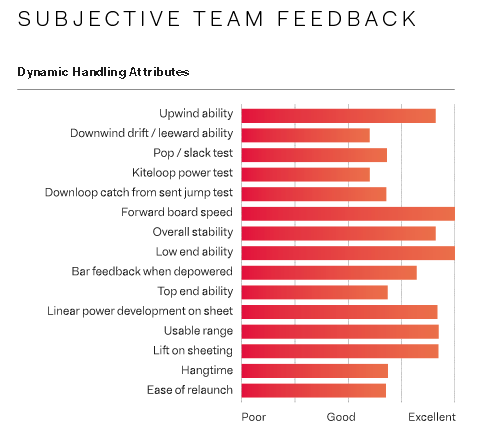 Ocean Rodeo have changed the game materials-wise with the introduction of the ALUULA fabric, and with the HL-Series have implemented the fabric in an interesting way, blending it into the airframe alongside traditional Dacron, equating to a 20% weight saving on a standard construction kite. The ALUULA material is implemented in strips longways on the struts, on the hang points, and on the intermediate cloth where the canopy joins to the rear of the leading edge.

The Crave has been in the line-up for a couple of years now, and was engineered with the GKA Wave tour in mind where Ocean Rodeo had some key players involved. Competitors are expected to both ride waves and perform technical strapless freestyle. A kite that can depower and drift as well as provide decent pop and lift on a surfboard on flat water was required, and the answer became the Crave. The unique FST wingtip concept remains, which enables the kite’s decent drive and power release round the turns, and makes initiating jumps combined with a little sheeting a very satisfying and importantly floaty experience.

In a pure surf scenario the forward pace and rhythm achievable with the Crave works well for small to mid-sized conditions where you need to shift the kite around. Drift-wise, its lack of weight shines and you can run towards it with some confidence. There is some good balance between fore and aft and the Crave doesn’t seem to have a tendency to tip either way.

On a twintip, powered up, the Crave really lights up – it’s a simple kite to initiate lift with. You can chuck some meaty kiteloops and expect decent catch and a predictable surge of power though the loop.

The Crave is a classic case of good all-round innovation being a bi-product of a kite designed with a leaning towards a specific set of GKA criteria. The end result is a peppy freeride kite with a far broader appeal than a slightly nonchalant pure wave kite. The Crave was previously a solid freeride performer, and this has only been enhanced by the weight saving achieved by the cunning blend of new materials, and sits at a far more attractive price point than its pure ALUULA equivalent.

For the more casual consumer, it could be a little confusing as to what the Crave is aimed for but anyone seeking a decent freeride kite which functions well across disciplines certainly won’t be disappointed. 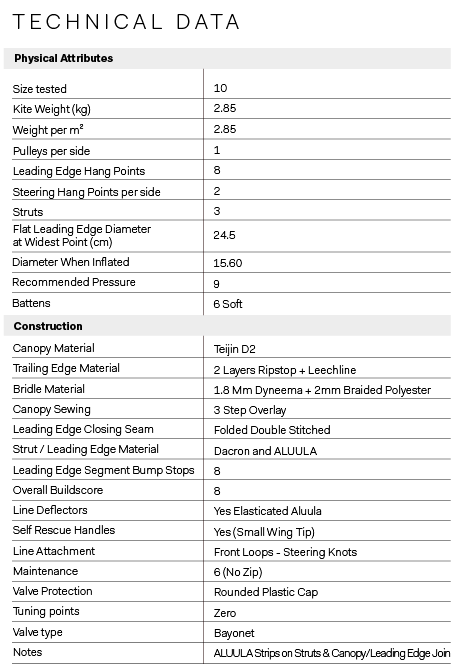 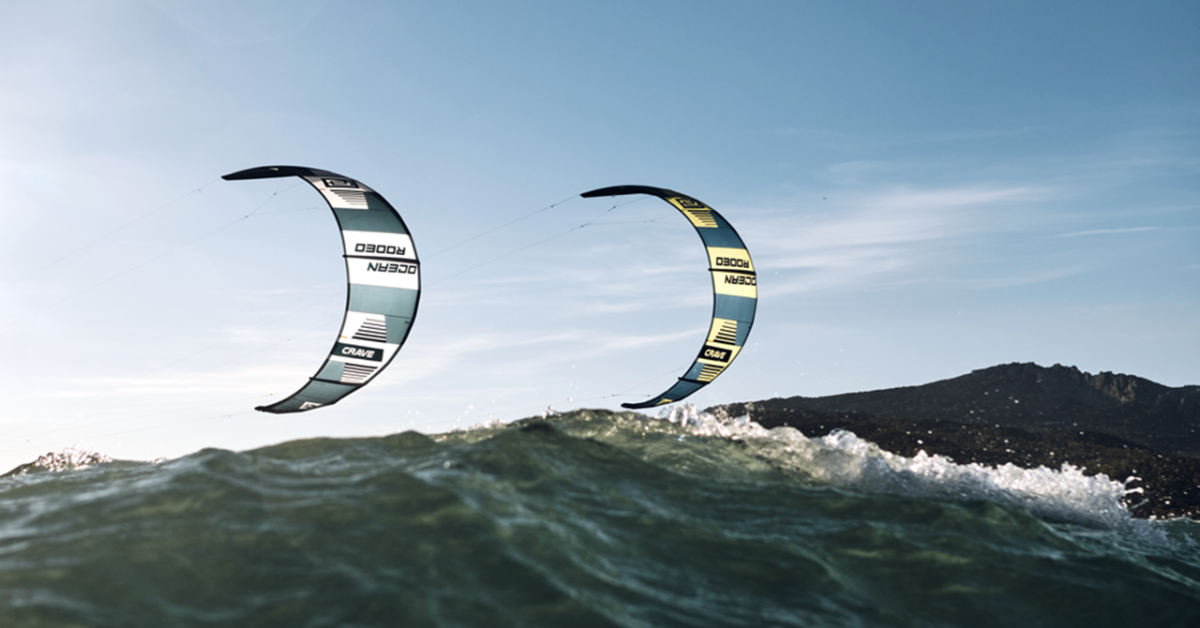 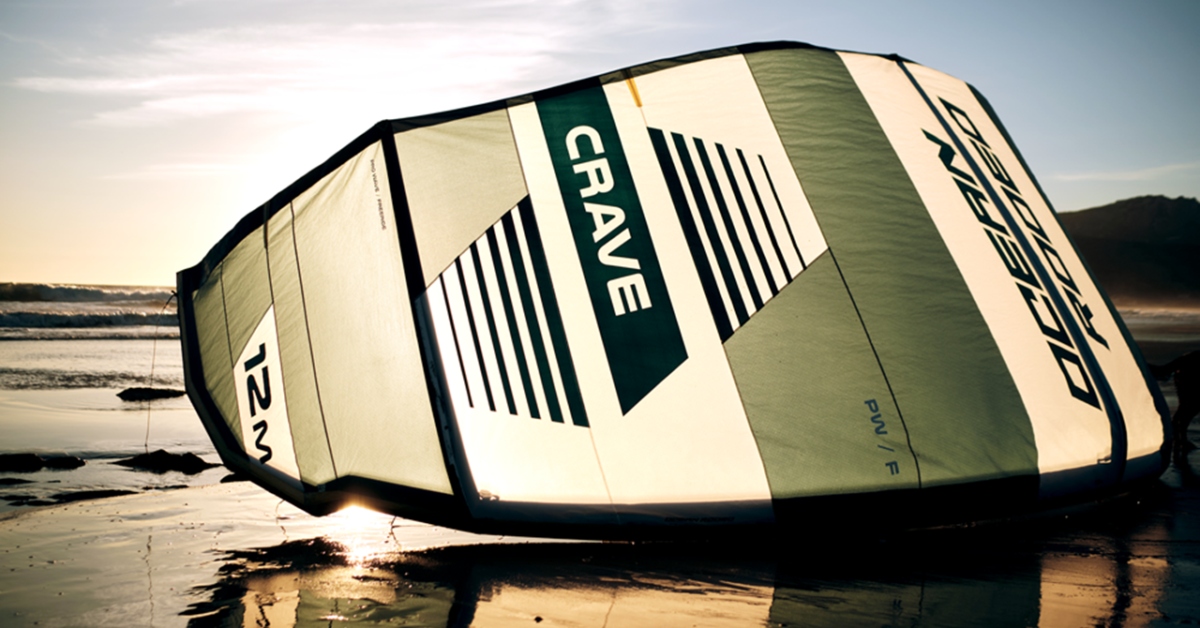 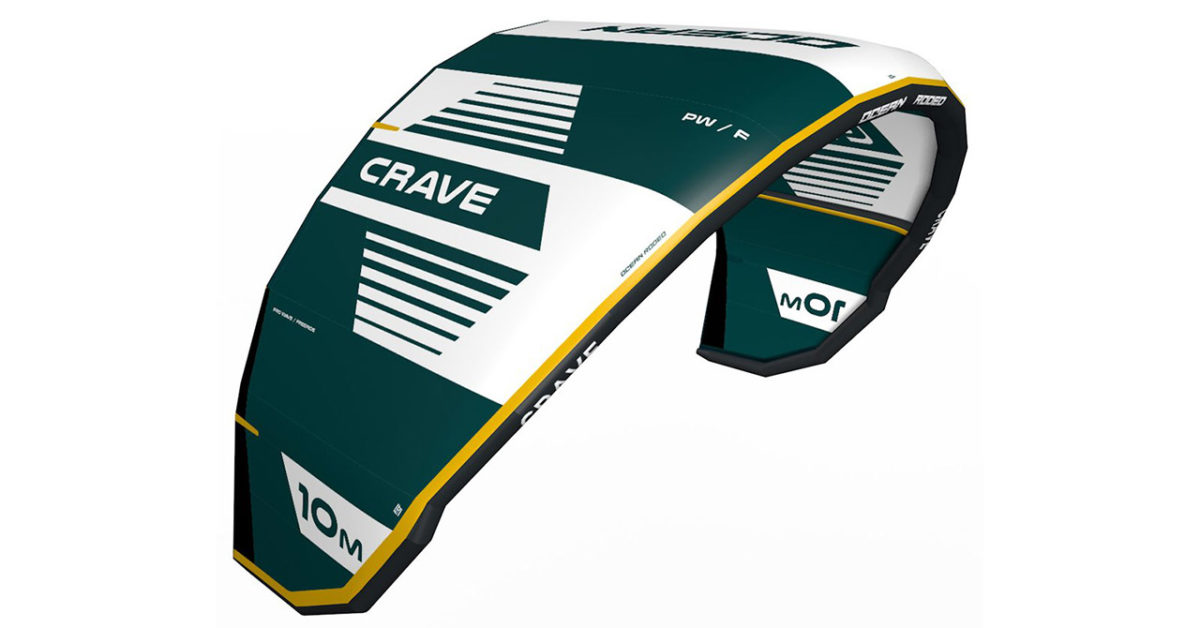