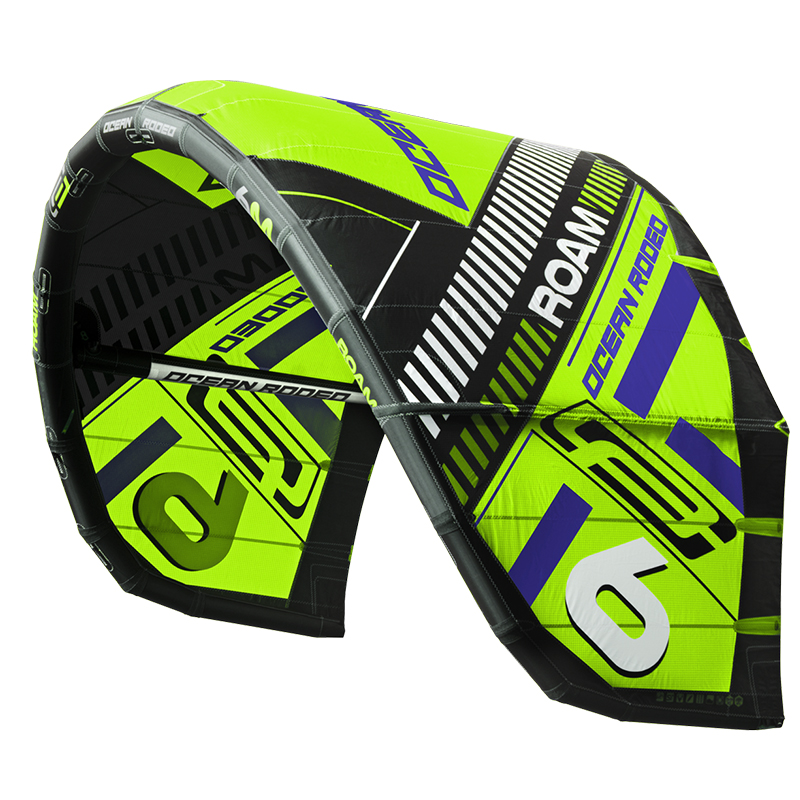 The Roam is on to its second generation and in terms of its status in the Ocean Rodeo kite line up it has increased its visibility due to the fact that OR now have two riders contesting the GKA wave and strapless tour (Reece Myerscough and Carla Herrera Oria) so the competitive kiting world is seeing a lot of the Roam right now… In terms of shape and profile, there are no gray areas: the Roam is a surf kite… With a super low aspect and boxy wings, it’s clearly a kite designed to sit relatively deep in the window and to drive you around in the waves. Construction is solid with Teijin D2 Ripstop and for Dacron OR have upped their game with Dimension Polyant K–PE which utilizes ‘polyethylene naphthalate’ fibers which have around 35% less stretch than polyester.

In your hands the kite feels solid and you can pump it up super-hard. The Roam flies on the Stick Shift bar which has also had some modifications. The main changes are the addition of the Helix Force Tension system which uses a spring to pay out your rear lines via the Sidewinder knob even if there is no tension on the lines, so you can set your depower on the beach rather than waiting until the kite is up in the air. There is also a new smaller Chicken Loop which we found was great for wave-riding and gave a nice ‘closely connected’ feel.

We tested the 8m Roam at Westpoint in Dakhla in pretty gusty conditions when a lot of other riders were out on 9 and 10m kites and were immediately impressed by the low end power – there is a lovely smooth delivery of power as you dive the kite and then it drives forward in the window and delivered plenty of power for cruising around. Also impressive was the upwind performance which seemed to defy the laws of physics as it feels like the kite is sitting pretty deep but it still really trucks you upwind. For turning in the waves, the Roam turns very tightly on its axis and really pivots around, if you ease off the power it will then continue to sit relatively deep and doesn’t fly forward in the window so that you can turn it aggressively and then have it well placed for your next top turn. If you like to ride in the waves with a lot of power, then the low end and grunty power delivery will really suit you, but if you have a lighter touch then the Roam depowers quickly and steers nicely when depowered. Once you have tuned in to the Sidewinder system, the Stick Shift bar is also great, with a couple of ‘nudges’ taking the power out of the kite as you drop in to a wave and giving you a nice feeling as you switch from ‘kite’ to ‘wave’ power.

In a sentence: The Roam is a really enjoyable kite to fly, it turns super-smoothly and has excellent feedback at the bar: a true surfer’s surf kite. 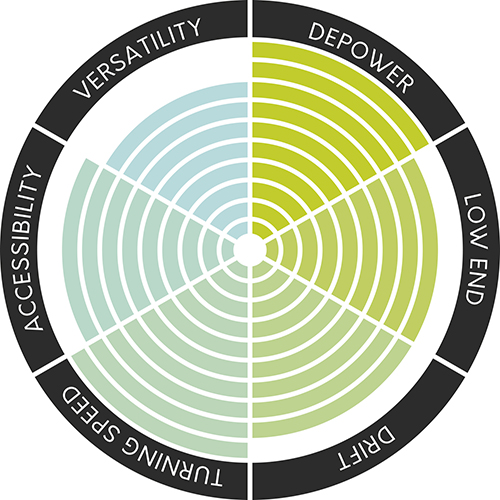