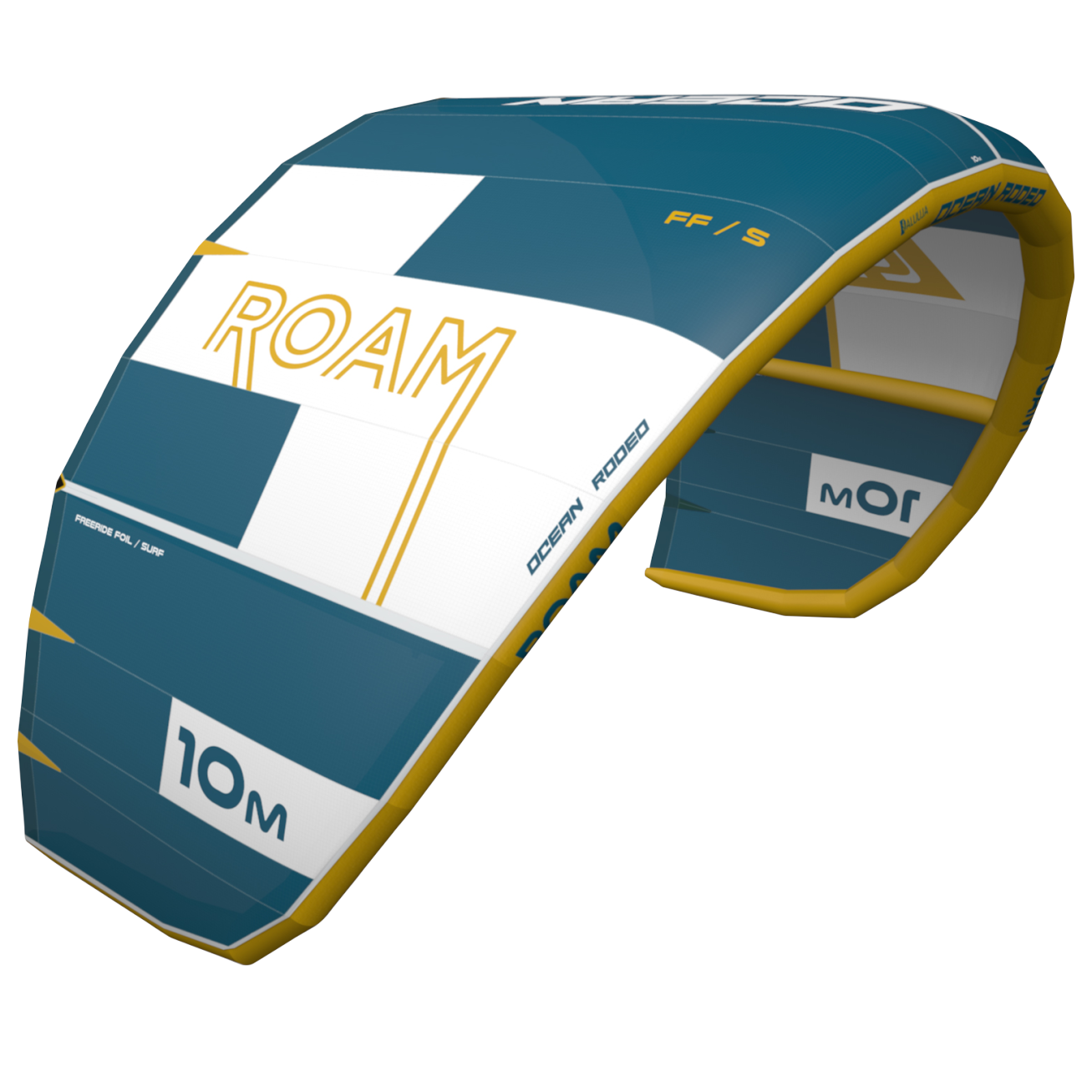 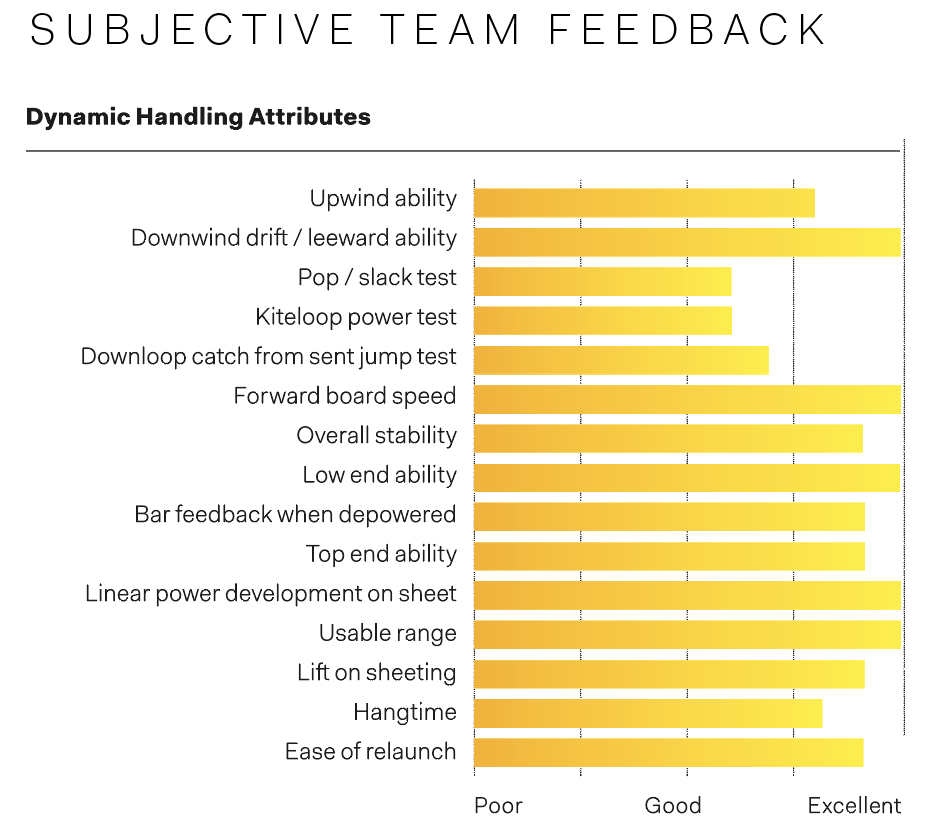 Canada’s favorite kite brand have been not so quietly developing the new ALUULA airframe material for a while now, and we have been eager to get our hands on it. The A-Series kites are offered as a premium option over the existing models in the Ocean Rodeo range, and in this case the already solid performing Roam wave kite.

The first thing you notice, even when the kite is in the bag, is how light the kite is, weighing in at 2.08kg.. To put it in context, this is 500g less than a comparable lightweight three-strut wave kite, and for a flying structure which has to support its own weight, that’s a whole heap of difference.

If you love gold, you are in for a treat as the first thing you notice getting it out of the bag is the extremely crisp and shiny new material which makes up the leading edge and struts of the kite. Pump the kite up to the recommended 9 PSI and you are presented with an extremely stiff airframe that comes from a combination of the properties of new material and high pressures. When handling on the beach, bending the struts and leading edge is far more difficult than a standard Dacron kite, even though the tube diameters on the Roam are noticeably low.

The build and seaming on the inflatable sections of the kite have been completely reworked, which could explain the long gestation period for the A-Series. The weight saving extends to the bridling which is narrow diameter, and all the other fixtures and fittings are similarly minimal, with a bare minimum of screen print on the canopy. One surprising thing we discovered: ALUULA is very slippery when wet, so bare that in mind when handling the kite!

In the air, the rapid turning and predictable power response when you throw it across the window provides exactly what you need from a wave kite. We don’t use this phrase lightly, but the lightness and stiffness make the 10m kite feel far smaller and more responsive than anything else we have tested to this point. Having a 10m test kite was a blessing, as this is the largest size most will use for a wave kite, and it is a crisp and precise user experience that extends the low-end stability and drift beyond the realm of what’s expected of a 10m, highlighting how simple weight saving and the in-built stiffness directly affect performance. The Roam A-Series slices efficiently through light airs, and you can effortlessly throw the kite around when you need it, which is very noticeable in bigger onshore conditions, letting you get to parts of the wave previously inaccessible in that little wind.

So in real world conditions what does it give you over the standard Roam? It certainly provides an  extra few seconds of drift and a definite increase in turning response. Initiating a turn is instant and natural, and progress across the window is smooth and not going to pull you off your board. Earlier flying gives it a really good cross over application for hydrofoil use. It is also worth noting that the concrete solid airframe and lightness extend the wind range of the kite at both ends. A 10m kite at 2kg kite is on par with most mono-strut or strutless kites so you enjoy a few knots extra there; the airframe stability means that at the top end where kites start to deform, the Roam doesn’t.

There are a lot of claims from manufacturers about weight saving this year with various methods and outcomes, but even the most hardened cynics among us can’t deny Ocean Rodeo have come up with something remarkable here that will go on to change the performance of modern inflatable kites. 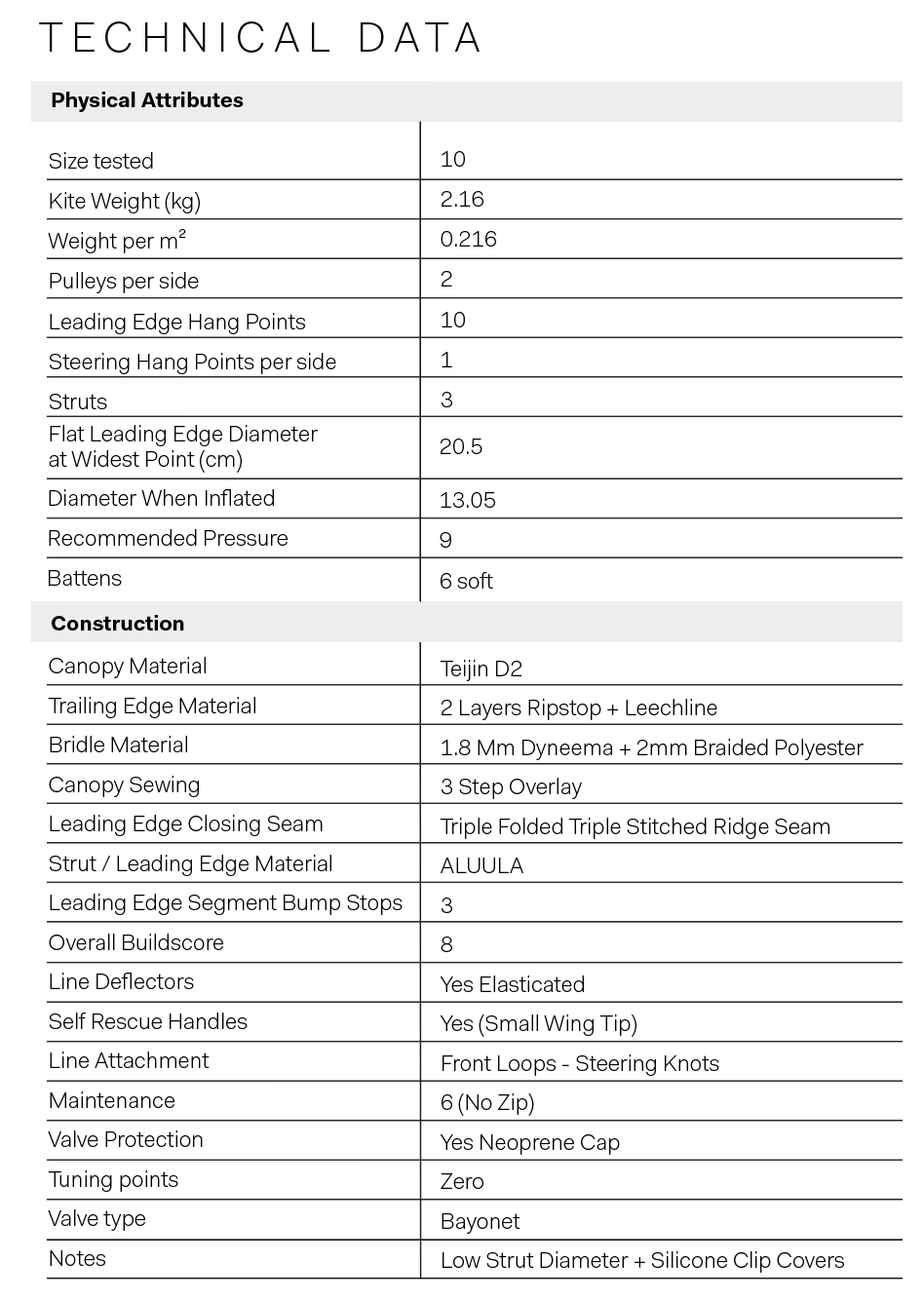