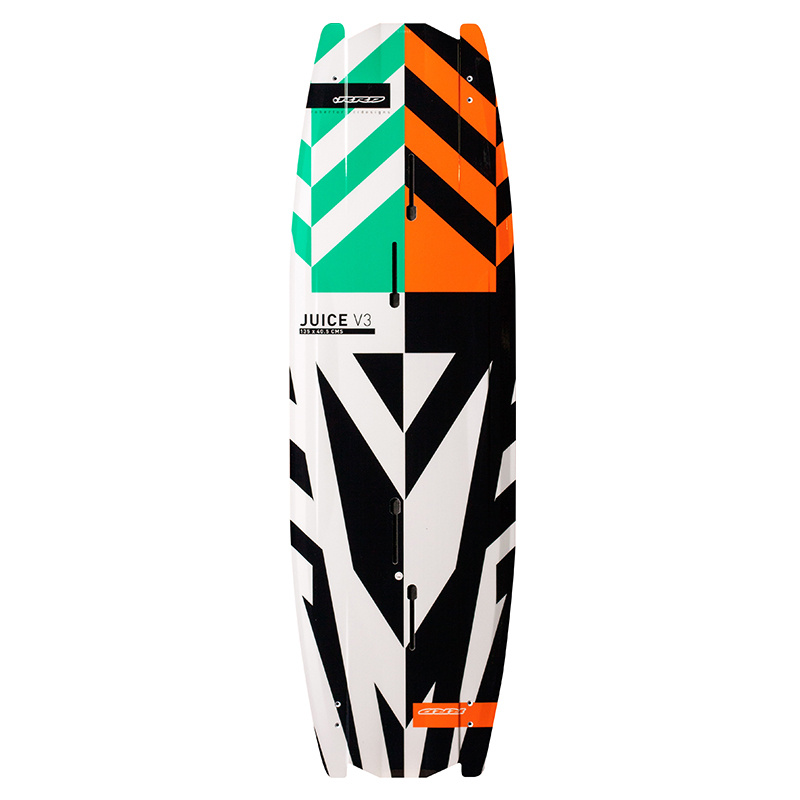 RRD’s Juice V3 seems like it has taken a look at itself in the mirror and decided that it needs to toughen up. There is a more aggressive vibe, with tip cut-outs, new channels and some fresh graphics – which are very pleasing on the eye. RRD have also decided to go to the track system which really gives you the ability to tune your perfect stance set up, and this will have a large appeal to the boot riding crew as tweaking those stance angles is key to powered landings and getting that explosive pop. Another couple of impressive touches are the straps and pads which are exceptionally comfortable, and the smaller fins which work perfectly on this style of board.

The Juice V3 has had a lot of input from RRD’s entire freestyle team and particularly Dutch giant, Jerrie van de Kop, who pushes his boards to the limit so we were expecting bombproof performance. It is designed for wakestyle riders who want to go hard and as such it has an increased rocker line and an outline designed to give you smoother landings and increased control when you are landing hard. Despite this, on the water we were impressed by the fact that the rocker line was very well balanced so you are not sacrificing too much upwind performance. Coupled with this, the board’s flex pattern is very well-tuned to deliver some seriously explosive pop, but it is still a relatively easy board to cruise around…

For us, although the Juice V3 might have you wondering if it’s the right choice for you as it is touted as a wakestyle board, it is well worth checking out as it is actually really manageable for all levels of riding. So there was just one more thing to say: Stupefacente! (‘Amazing’ in Italian…)

IN A SENTENCE: The Juice V3 is a very well thought out and engineered board, guaranteed to quicken the pulse of any serious wakestyler but also a surprisingly enjoyable board to cruise around on. 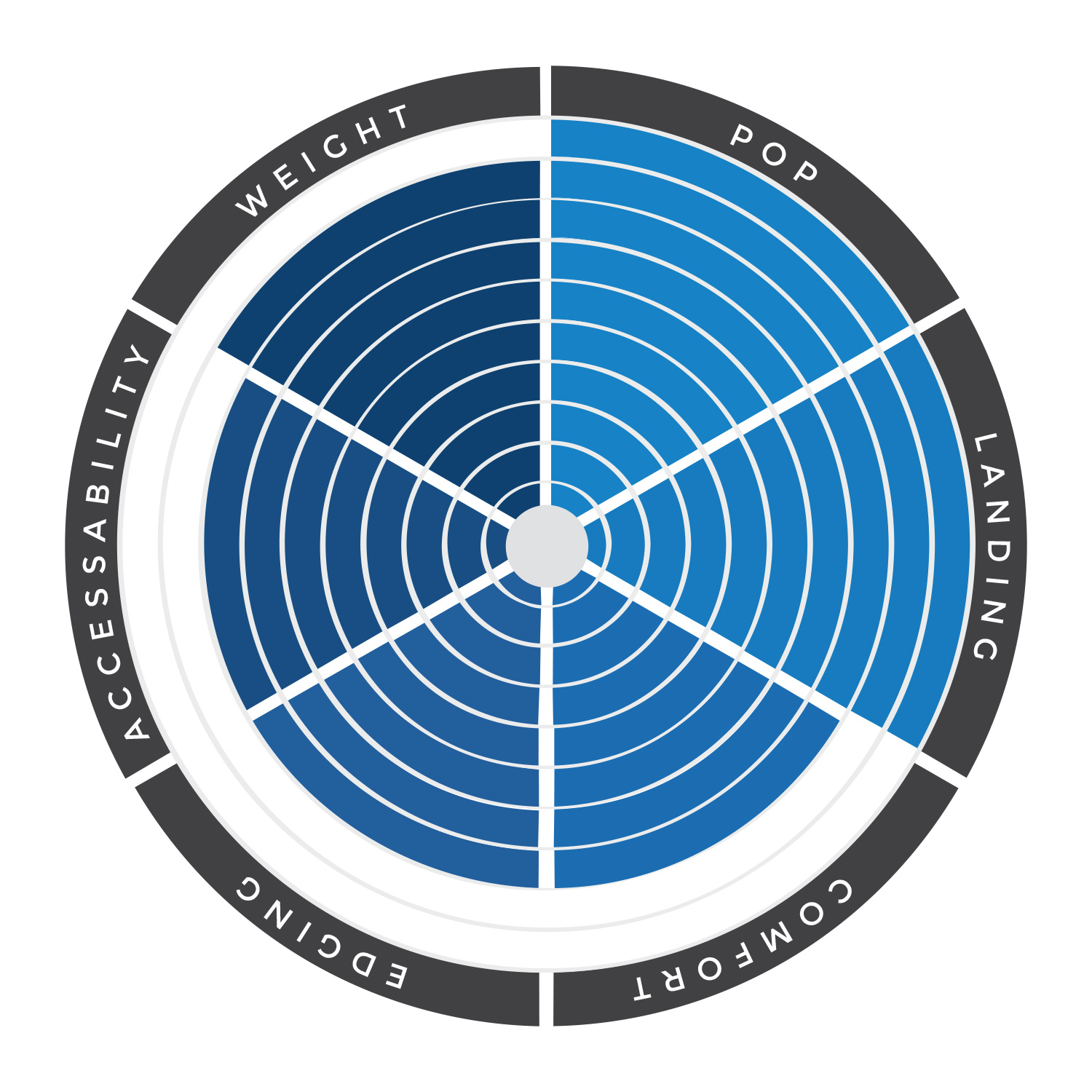