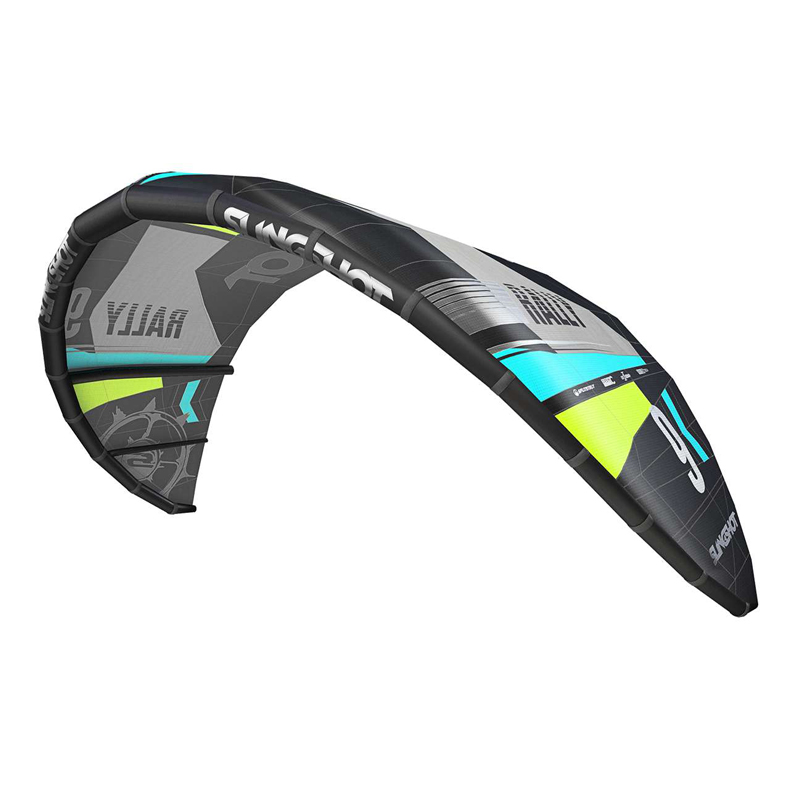 The Slingshot Rally 2017 has been refined even further from the 2016 model which was – in our opinion – one of the great kites of the year. For 2017 Slingshot have made some tweaks to the 8, 9 and 10 by tweaking the geometry and strut diameter. The trailing edge has had the addition of Teijin T2 Polyester to decrease trailing edge to reduce flutter and increase durability. Although it does have to be said that one thing you don’t expect with Slingshot is any durability issues! Their kites are seriously bombproof.

In the air and improvements are immediately apparent. The kite is just more responsive and doesn’t leave you riding on the stopper as the super-powerful Rally of the last couple of years has tended to on occasion. You can now confidently jump on a 12m and it feels like it’s working in a normal 12m kite’s range. The Rally has always been a super-fun kite to boost with and you now feel more in control but without any loss of oomph. It’s hard to really improve on an already superb kite but Slingshot seem to have worked their magic and applied an even silkier feel to the 2017. Sometimes it only takes a few minor tweaks to give the rider a different feel and this really is a dream to fly.

For freeriders, there’s an impressive amount of lift and the kite is accessible to beginner and intermediate riders as there is no special technique needed to maximize your airtime: just send it pull the bar down and hold on! As for kite loops this isn’t really a kite loop kite as its pivotal tuning will keep the kite high in the window. The upwind performance of the Rally is superb and even on twin tip you can find yourself pointing as high as you would almost on a board with larger fins. We have also been very impressed with the re-launch of the Rally as once the kite’s in the drink it basically turns on it wing tips and tracks to the edge of the window ready to fly again.

For riding in the surf, despite the arrival of the Wave SST the Rally is still a great option, with nice pivotal turning for onshore conditions and still with heaps of drift. If you love to ride it in the waves but also mix it up in the freeride department then we would say to stick with the Rally for pure versatility.

In a sentence: Some small tweaks but that is all the Rally really needs – it really is a superbly tuned kite with subtle improvements for 2017. 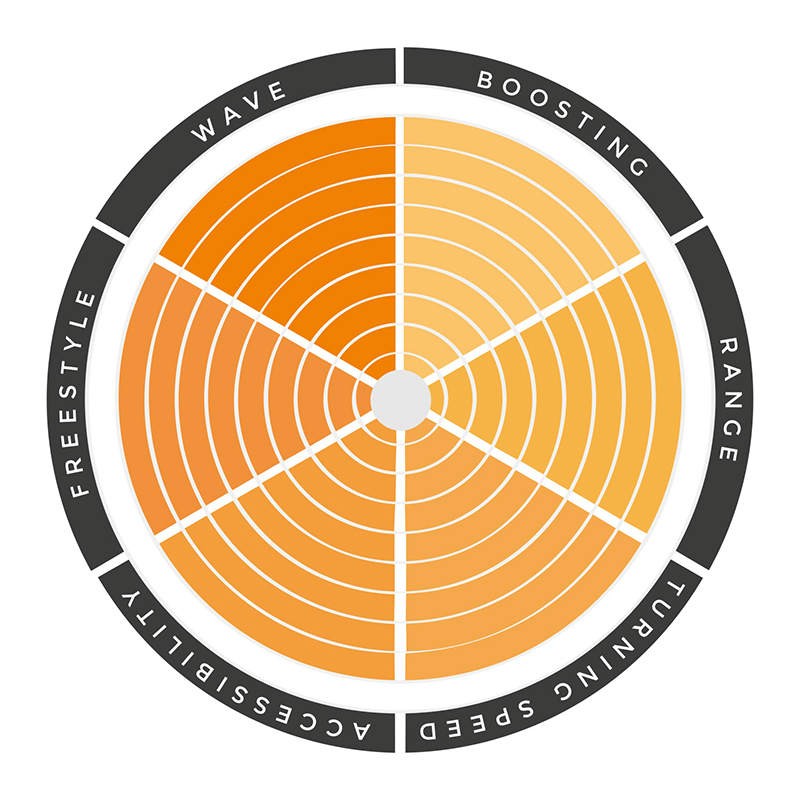