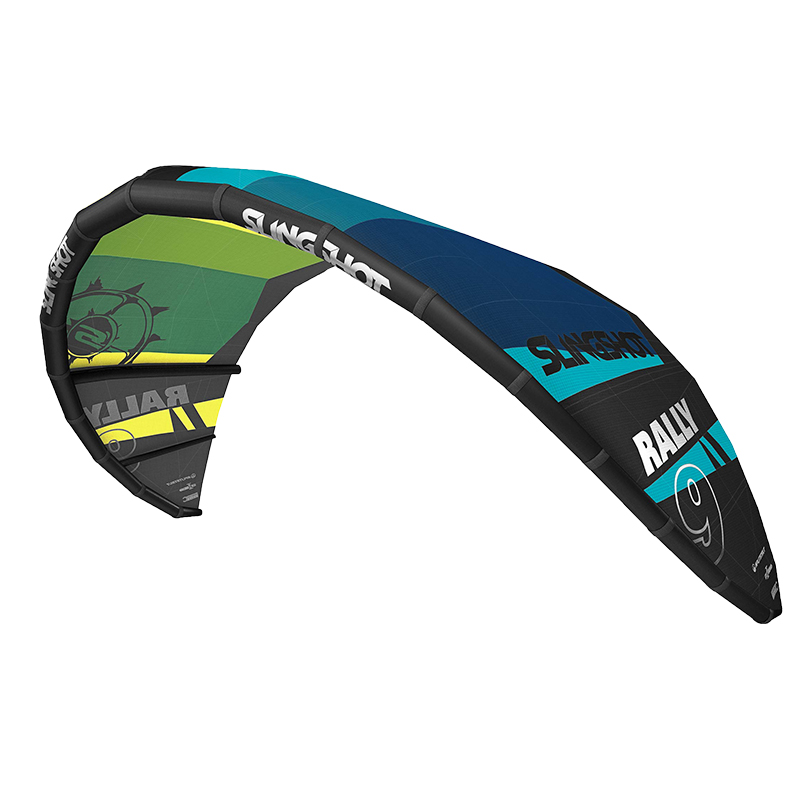 The Rally is a benchmark kite for versatility, and has always had a dedicated following of riders who love its predictability and smooth flying characteristics. As with the RPM, it also looks different in the air to most other kites out there with its wide, open arc… For 2019 the Rally is back with new bright graphics which are a change from the usually stealthy Slingshot look. It’s like an older family member has been off on an exotic holiday and has returned home sporting a loud Hawaiian shirt. Reassuringly though, much like my Aunt Sue, the Rally remains impeccably behaved in all situations.

Build wise, the kite has a considerable amount of reinforcement which makes it a little more weighty and slightly less direct at the bar compared to a few of its stable mates, but rest assured you can give it an absolute battering in the surf and come out more or less unscathed.

In the air, the Rally is extremely stable and you have to be ham fisted to get it to luff or overfly. The classic delta shape flies on the edge of the window well, and has always hoofed upwind relatively effortlessly with only minimal edging skills required. The Rally has always done most of the hard work for you. The Rally is now into its eighth year, but it’s of course only now that we look at it through the prism of ‘foiling’ and it excels here – it’s a ‘drifting’ kite so is nice and forgiving if you want to ride a larger wing and go into cruise mode, or if you want some high performance riding it has the kind of predictable behaviour and upwind grunt to deliver the goods here as well… Send the Rally hard, and it will reward you with long floaty and surprisingly high jumps, and a produce Woo jump height to dazzle your friends at your next dinner party. Relaunch is an absolute walk in the park and it’s in the top few percent of ‘pops right up’ kites. It just wants to fly. For waves don’t forget that in the pre-SST days this was the wave-riding kite of choice and it still fully delivers in this department with nice pivotal turning and on/off power delivery…

In a sentence: A true park, pull and go warrior with enough easily accessible lift and power to keep most riders more than entertained in all water states, the Rally continues to be the delta of choice. 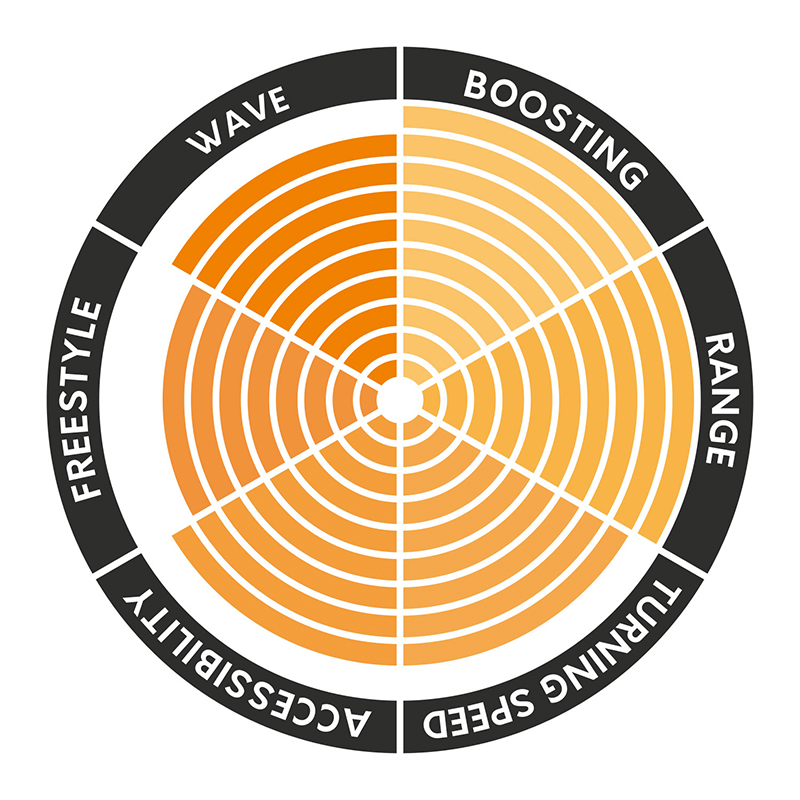