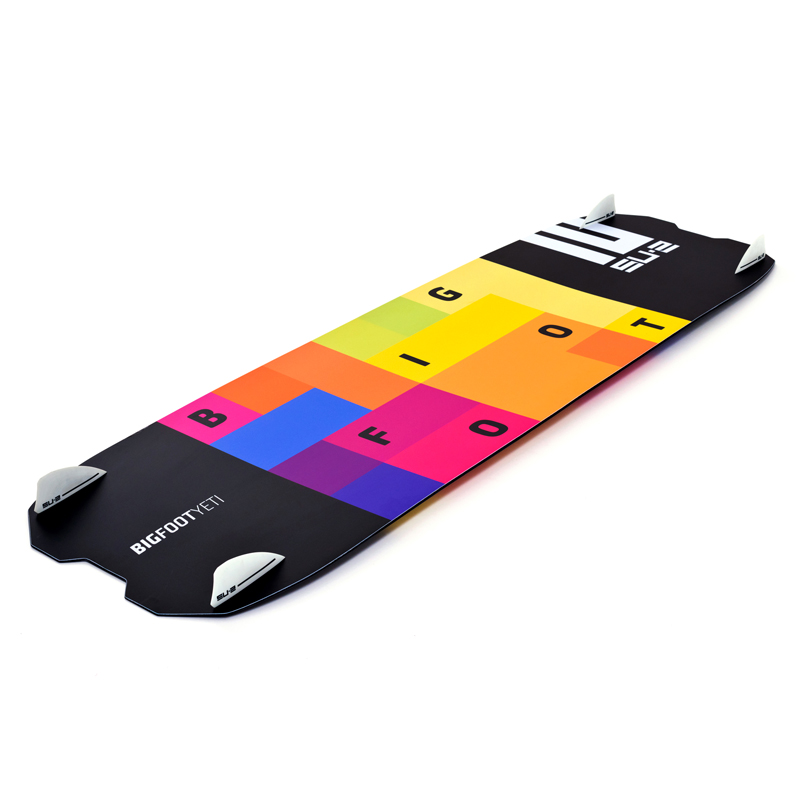 The Big Foot Yeti from SU-2 is – as the same suggests – a bit of a whopper. The length isn’t exceptional but the width comes in at 42cm ensuring that the Big Foot delivers a whole lot of surface area. This is also a very popular model for SU-2 and is now into its ninth year…

We had the split version on test. For their take on the world of ‘split’ SU-2 have opted for a three piece system. So the board is split cleanly into two parts and then a third panel is secured on the top via four locating tabs and four screws. The center of the board is also thicker to increase strength and to promote a more even flex pattern through the mid-section of the board. As a system it takes slightly longer to re-assemble the board than others currently available on the market, but we must say that it does feel very solid indeed once assembled and – with the extra thickness through the mid-section – still had a pretty respectable amount of stiffness. Which is often what you want out of a lightwind board to ensure maximum efficiency.

The strap and pad set up is basic but with plenty of adjustability, and we found them comfortable, and there are some nice chunky fins to further aid your progress towards lightwind domination.

On the water and the Big Foot Yeti has you up and riding immediately. With plenty of surface area you are planing in no time and the Big Foot will lock in and it drives upwind very nicely. The additional stiffness with the three piece system does make a difference and this translates into a more ‘performance’ feeling split board. When it comes to throwing down some moves, the relatively short length of the Big Foot enables you to attempt some of your standard freestyle repertoire, and there is a decent amount of pop meaning that you really can continue working on some freestyle moves even in marginal conditions.

In a sentence: The three piece split system takes a little more work to assemble but delivers improvements in stiffness and in performance. If you want the benefits of a split board but still want to continue to push yourself then the Big Foot Yeti is a great option. 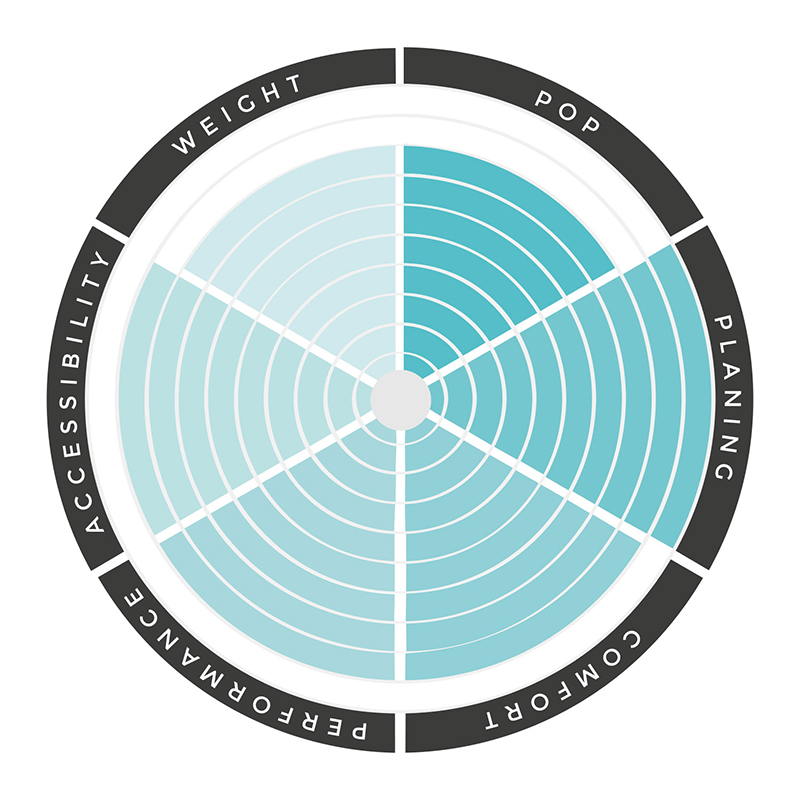