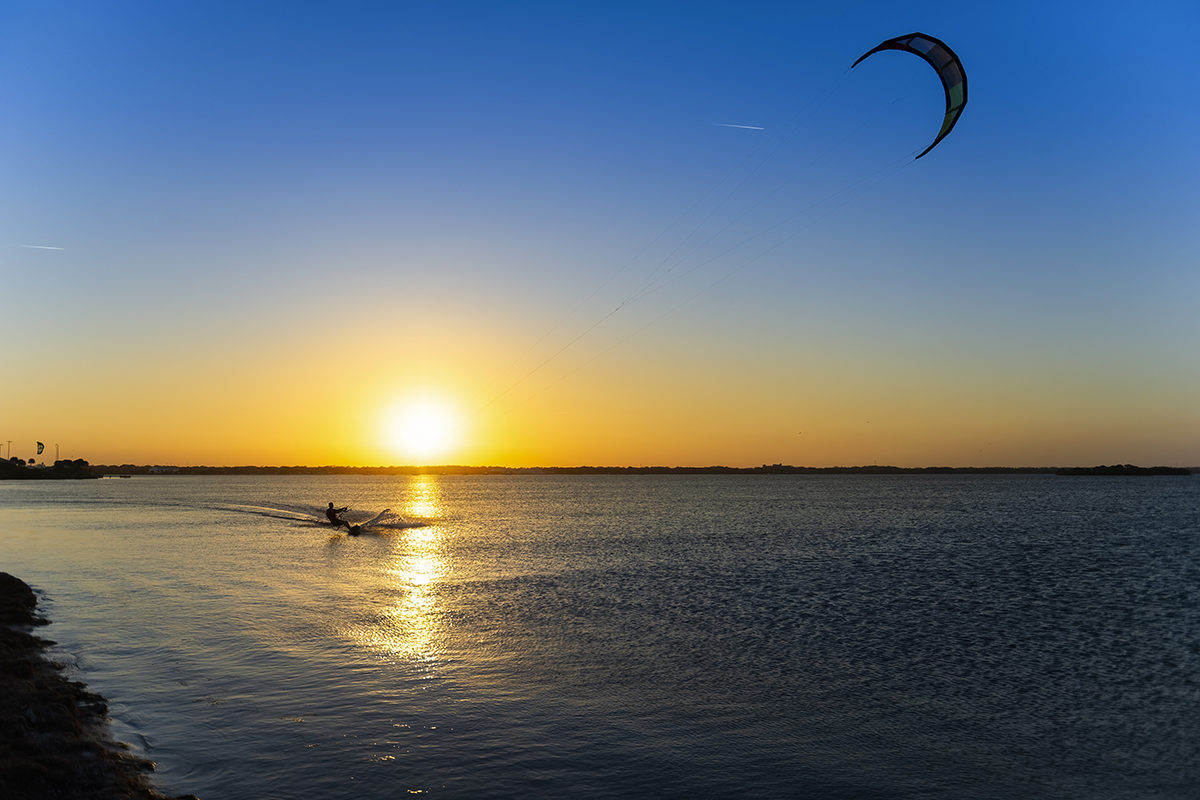 Whether you’re looking for flat water or waves, Florida the Sunshine State has it, and then some…

There are endless possibilities for kiting and it’s best to do an online search for where you are and aren’t allowed to kite. The majority of the kiting on the east coast is in the Atlantic Ocean as we generally get easterly winds, but there are flat water spots in some of the rivers and Intracoastal Waterway, the 3000 mile inland waterway running down the coast. The west coast also has great kiting, but usually doesn’t get as much wind as the east coast. I live and kite regularly on the east coast, in Jupiter, about 18 miles north of West Palm Beach.

There aren’t many good spots on the east coast when we have a westerly wind, and the drive to the west coast is long, more than three hours one way. So when I heard the Sebastian Inlet on the Indian River, about one and a half hours drive from where I live, is good on a westerly I was psyched to check it out. A bit of backstory: the first attempts to cut through the barrier island in Sebastian that separates the Atlantic Ocean from the Indian River, to create an inlet, occurred in the late 1800s, but the openings were always closed by shifting sands, storms and other natural causes. In 1948 surplus demolitions from World War II were used to blast open the inlet and it has been open ever since. 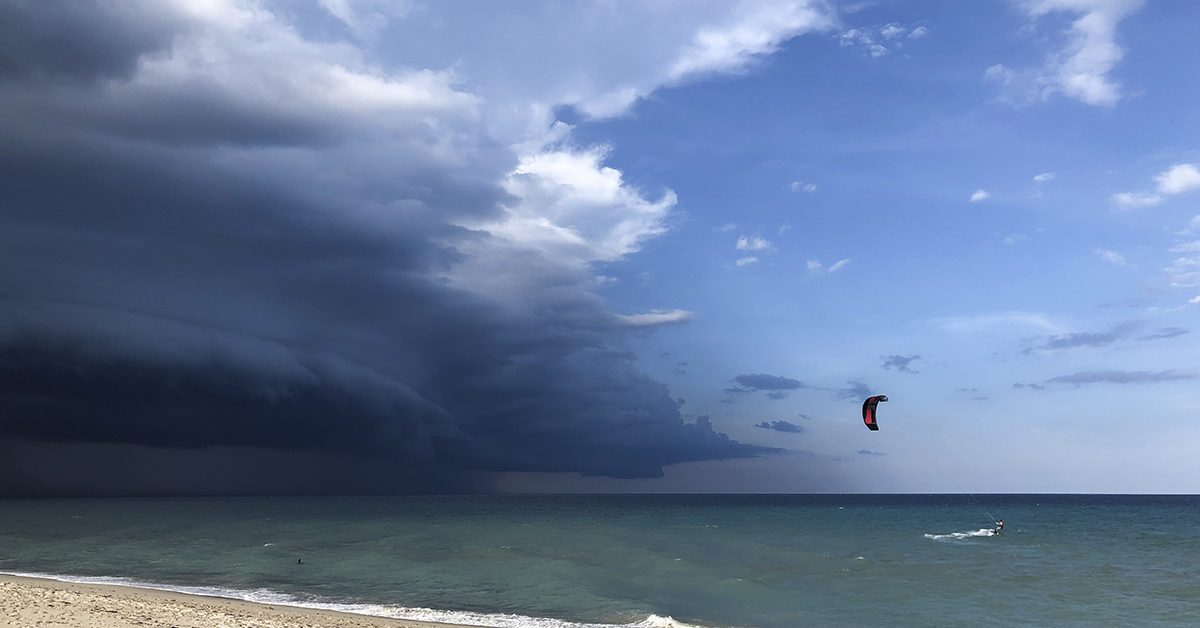 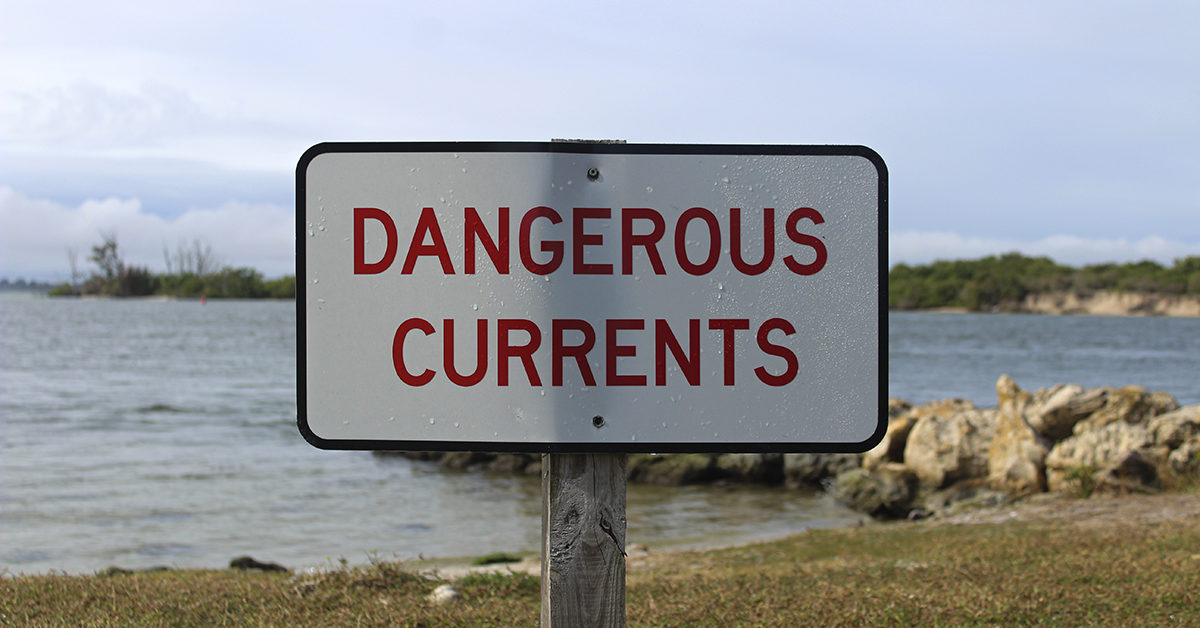 A sign warning of dangerous currents from the ocean waters at the Sebastian Inlet State Park. Strong currents can cause a riptide and undertow and cause drowning.

The kite spot is at the southwest tip of the Sebastian Inlet State Park, on a peninsula that juts into the Indian River. The river is huge here; it looks like a massive bay and there’s plenty of space to kite. If you’re lucky you’ll see dolphins, pelicans and plenty of other birds. The only caveat to the spot is the launch – it’s a little sketchy and you’re basically launching in the parking lot, but it’s semi-grassy and has enough space. After launching it’s then a short walk, through a path in the sea grapes, to get to the water. It’s definitely worth it though, and I’ll be going back there again on a westerly. If the wind drops you could try fishing, kayaking, snorkeling, camping, boating and surfing.

If you do want to head to the west coast, Tigertail Beach on Marco Island is an amazing spot in a westerly, where you can kite in the flat water lagoon or in the surf and chop of the Gulf of Mexico. If you like flat water, you’ll love Tigertail. If you like schlepping your gear and getting a good workout prior to kiting then, umm, you’ll really love Tigertail! If you cut through the lagoon (at low tide it’s knee deep, at high tide waist to chest deep) it’s a little over half a mile. If you decide to walk around the southern end of the lagoon you’re looking at about a mile and a half, depending on where you set up. The hike is worth it though; when I first went my friend Kim and I found ourselves on a beautiful, deserted beach. As we started to unpack our gear we saw one or two manatees and dolphins in the lagoon. At first glance I thought one of the manatees was an alligator! The next time I kited there it was a Saturday and while the lagoon can get crowded on the weekend it’s still big enough to have fun in. At one point I counted 16 kites in the sky but still found an empty cove with a butter-flat strip of water that I had all to myself for a while.

From here, you can also easily walk across the thin strip of beach separating the lagoon from the gulf to kite in the Gulf of Mexico, and you can kite from the launch to the far end of the lagoon, which is about one mile, and then scoot around the end of the lagoon to kite the gulf. So if you’re going to kite Tigertail, be prepared for a long walk and pack light. While it’s a bit of a haul to the kite launch it’s definitely worth it. To help you recover from the walk, there are plenty of bars and restaurants on the main drag, N. Collier Blvd., to get an after-sesh drink or dinner. The Marco Island Brewery and Tap House is highly recommended…

Generally Florida gets wind in the spring, fall and winter. The worst months are June, July and August, when the heat and humidity kill the wind, although we do sometimes get storms at this time. We kite around them and occasionally in them too! When a storm or cell approaches, everyone quickly rigs and gets on the water. If there is thunder or lightning, the wind can ramp up or shift offshore, then we (the smart kiters at least…) get off the water. During hurricane season, from June through November, things can get real crazy with huge surf and cranking wind. But whatever time of year, we have fun in Florida! ■ 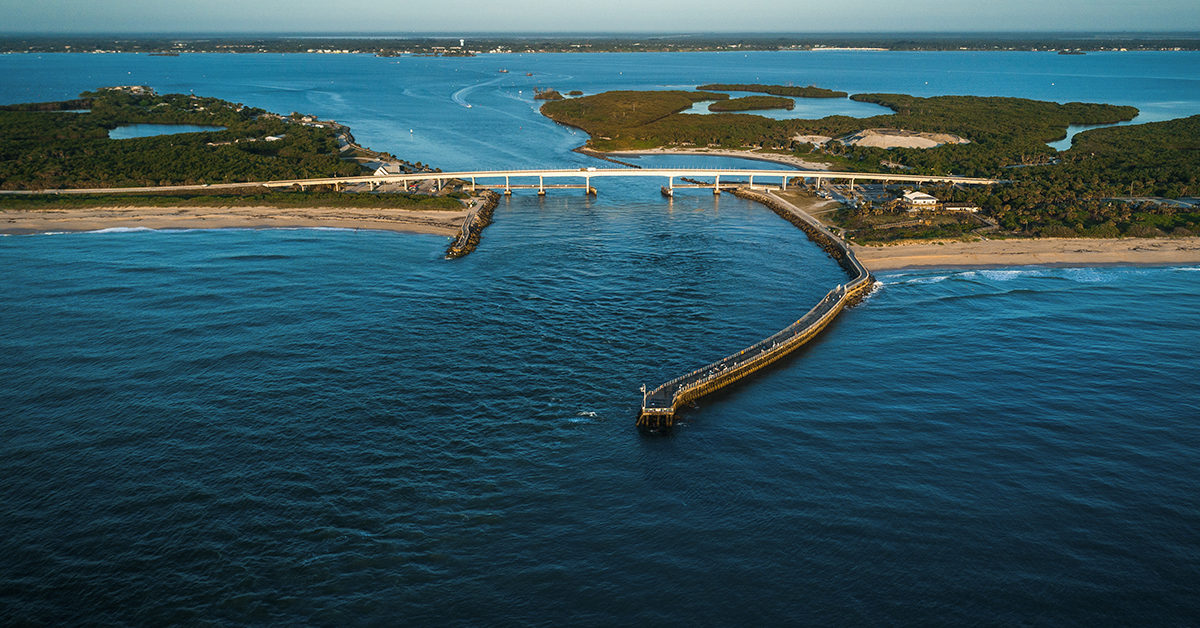 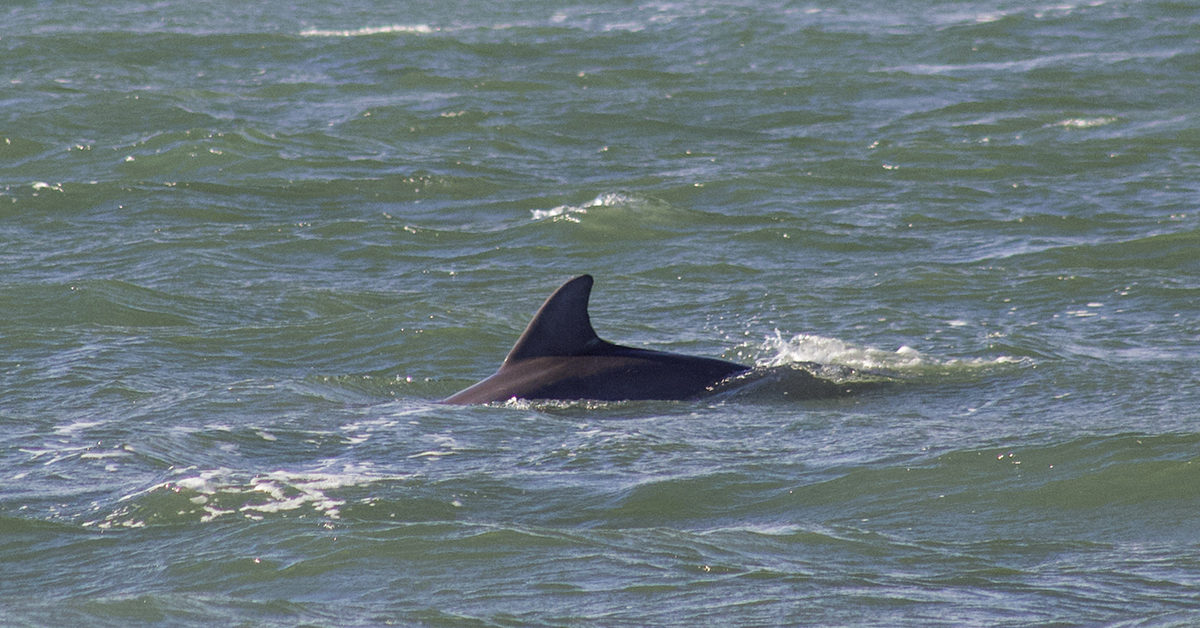 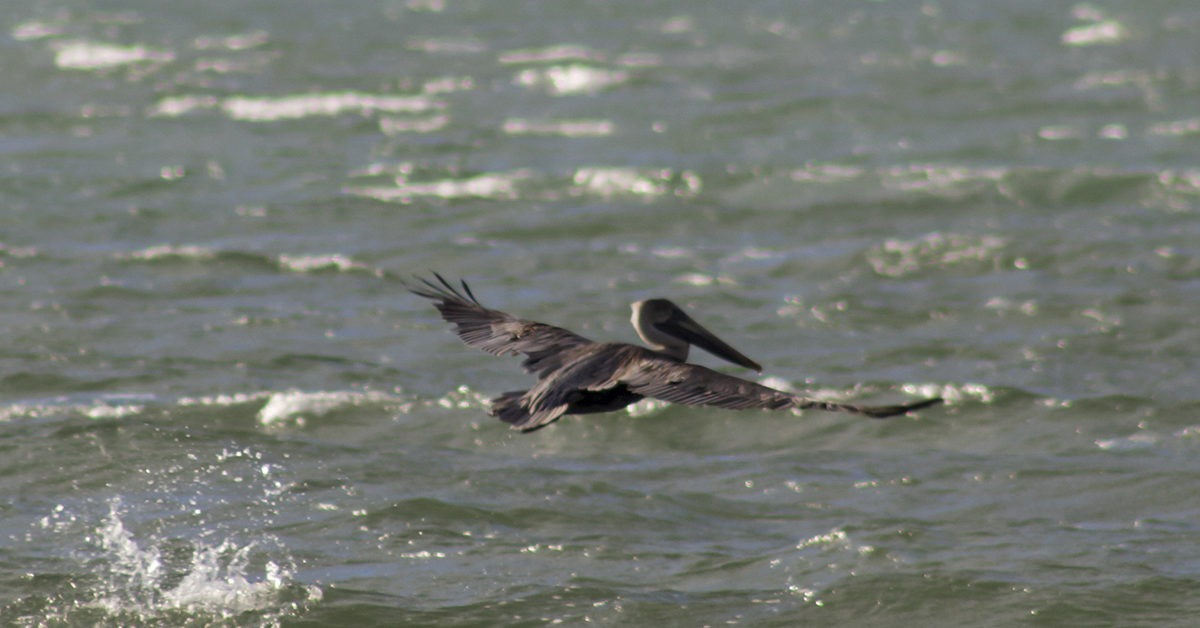 If you’re going to kite on the east coast in southern Florida you can fly into West Palm Beach (PBI), Fort Lauderdale (FLL), Miami (MIA) or Key West (EYW). Tickets will cost more in the winter, especially around Christmas and New Year’s Eve.

There are plenty of hotels and Airbnb’s to choose from. The winter season is the busiest time of the year in Florida so book early to make sure you get decent accommodation.

If you’re going to kite on the east coast in southern Florida you can fly into West Palm Beach (PBI), Fort Lauderdale (FLL), Miami (MIA) or Key West (EYW). Tickets will cost more in the winter, especially around Christmas and New Year’s Eve.

A 9 and 12m should work, but there could be lighter days and cranking days. If you’re coming in the fall, it’s still hurricane season in Florida so you might catch some insane kiting!

My cousin recently visited from Manhattan (where everything is pricey), and was so psyched to see $5 beers at the Stormhouse Brewing brewpub in North Palm Beach, the evening’s libations were on him!

Is that a frickin’ alligator!

That was an easy launch.