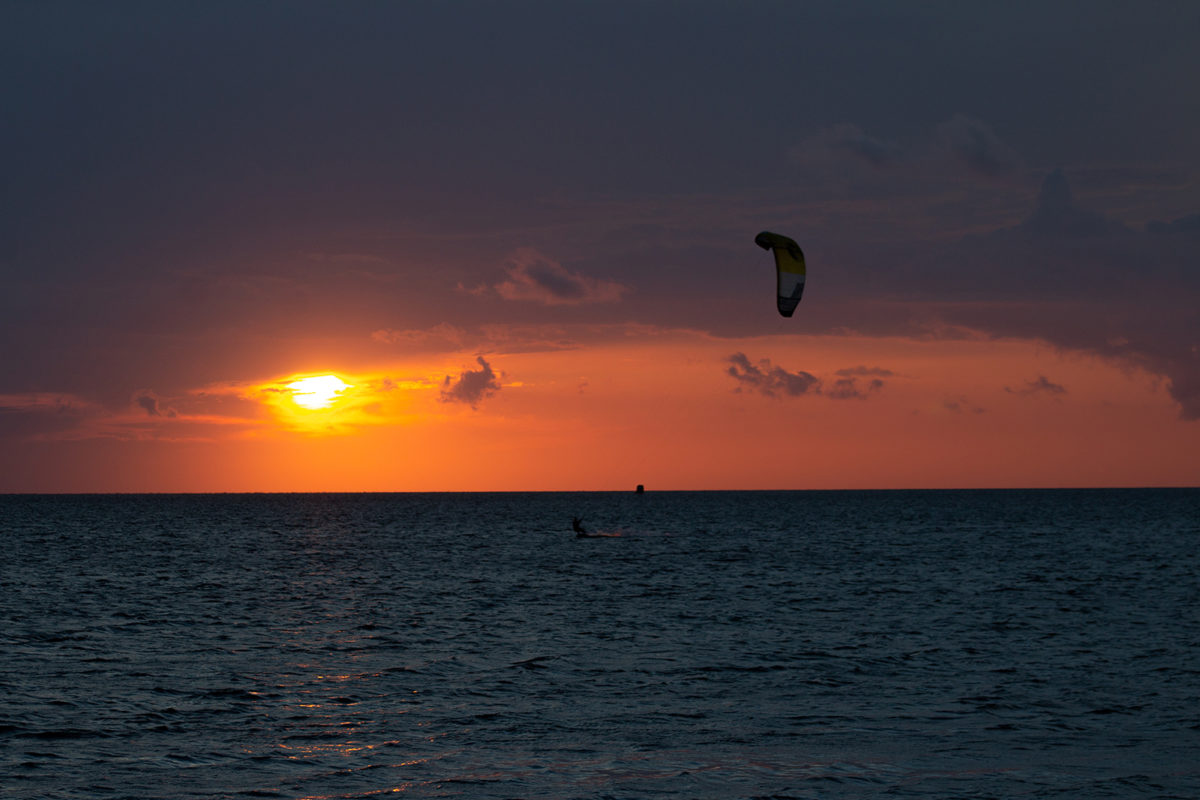 The Outer Banks are a series of islands off the coast of North Carolina. They stretch for roughly 200 miles and form a giant, bent elbow, with a huge bay on the inside and the Atlantic Ocean on the other side. In many areas the islands are very narrow and you can walk from the bay to the ocean in 30 minutes or less.

At their farthest point from the mainland, the islands jut 30 miles out to sea. Since this point is so far from North Carolina, when you’re looking west you can’t see the mainland and you get spectacular sunsets that appear to be setting over the water when they really aren’t. The Outer Banks (also called the OBX or Cape Hatteras) is one of the most popular kiting spots in the States. It has something for everyone: flat-water riding in the massive bay and waves on the ocean side. There are plenty of kite schools and shops, and it’s a great place to learn to kite thanks to the shallow, flat-water bay.

The first time I went to the Outer Banks was in 2002 as a beginner windsurfer. Back then it was mostly windsurfers there, but over the years I watched as kiting grew in popularity and eventually overtook windsurfing. I myself learned to kite there in 2011, with none other than pro kiter Sensi Graves as my instructor. 11 years later, and after 20 years of enjoying the amazing spot, I’m still just as stoked and can’t wait to get back there as often as possible. 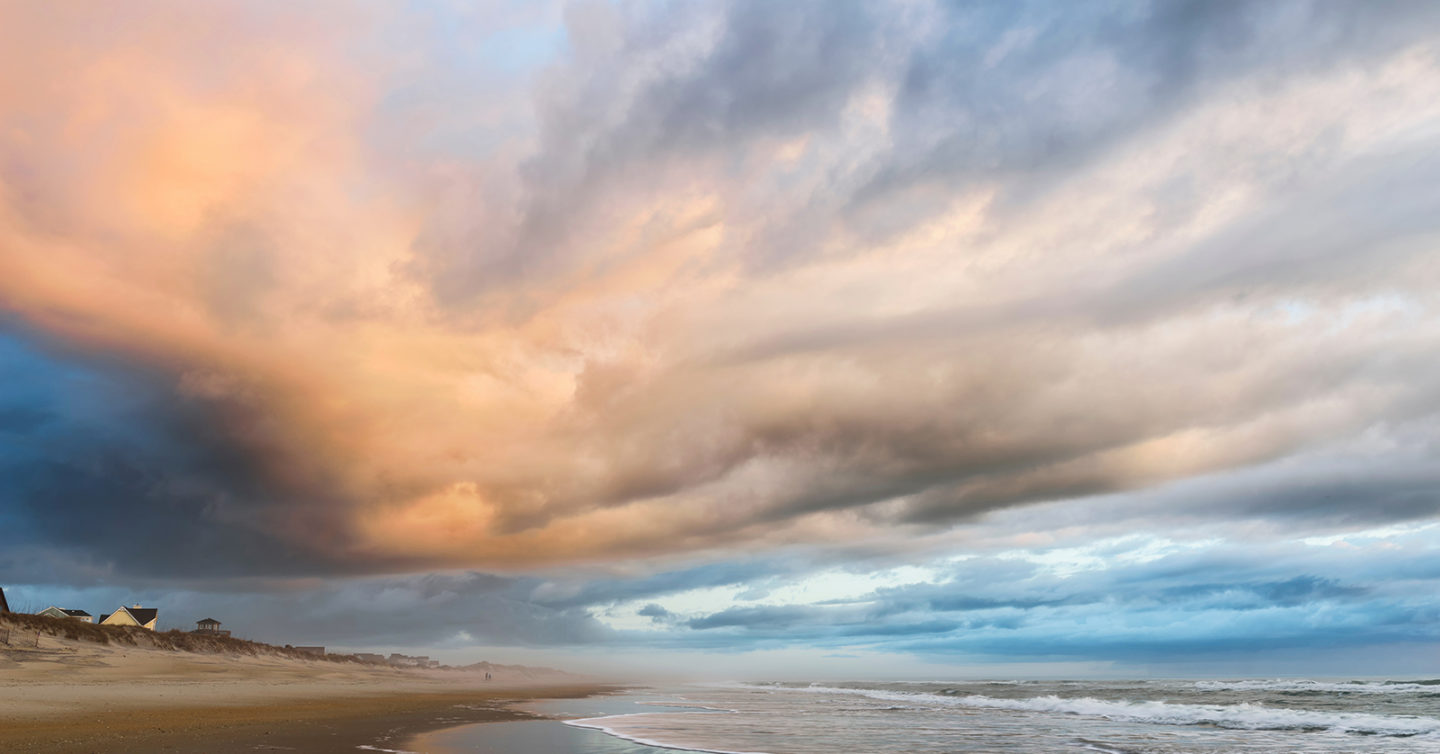 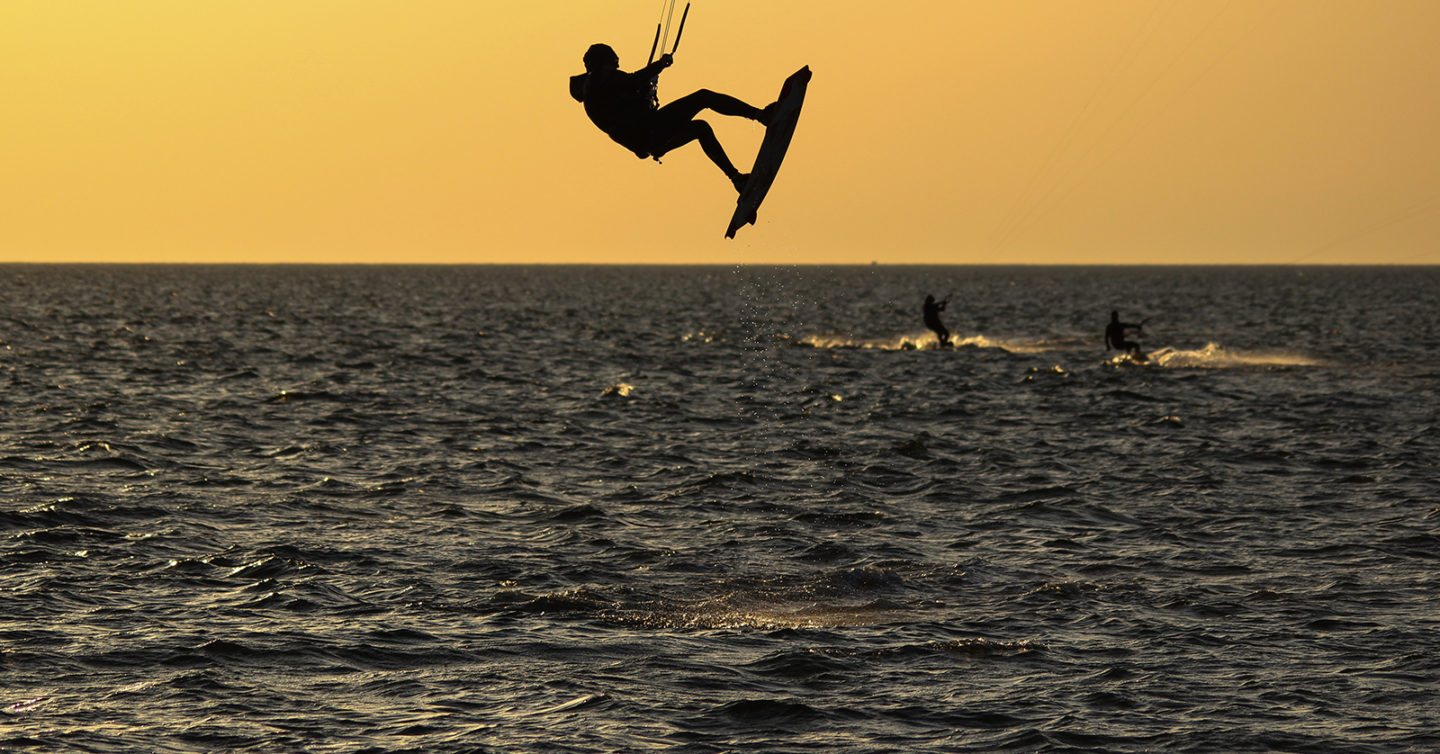 The area has plenty of history. On December 17, 1903, the Wright Brothers successfully flew an engine-powered airplane at Kill Devil Hills and aviation would boom in the coming years. The area is now a national park, with the Wright Brothers National Memorial commemorating their historic achievements. Huge, stone markers show where they took off and landed, and note the amount of time they spent in the air. The Outer Banks’ Roanoke Island is where the first English child, Virginia Dare, was born in America in 1587, and where the infamous ‘lost colony’ disappeared from – the area was then part of the Virginia colony and when its governor, John White, returned from England with supplies in 1590 he found no trace of the inhabitants or the colony. The only clue was the word ‘Croatoan’ carved on a tree and the letters ‘Cro’ carved in another one. The Croatoan Indian tribe lived on an island of their same name (about 55 miles south of Roanoke and now called Hatteras Island) and it’s possible the English settlers went there. Other theories claim they were killed or abducted by local Indians, they moved further inland to the west, tried to sail back to England but were lost at sea, or were killed by Spanish colonizers… The mystery endures to this day. 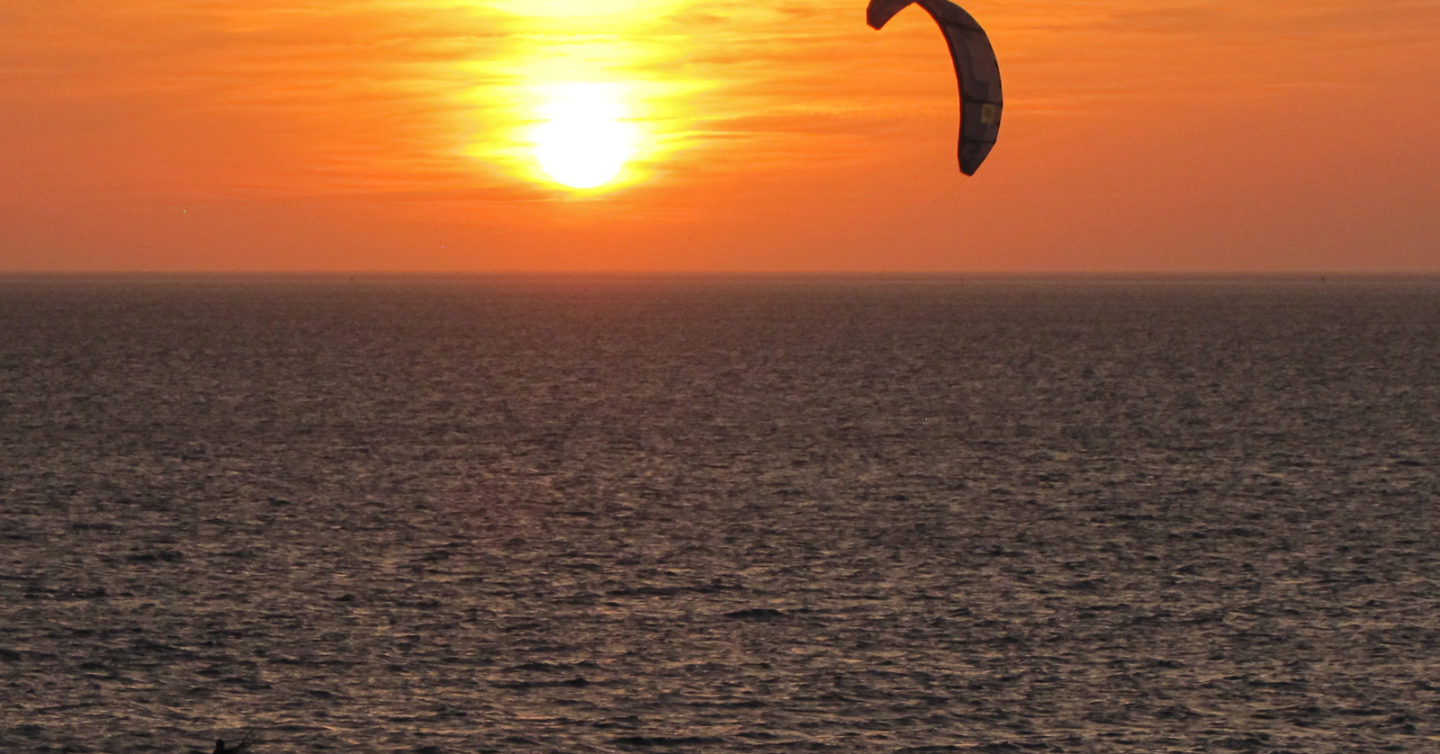 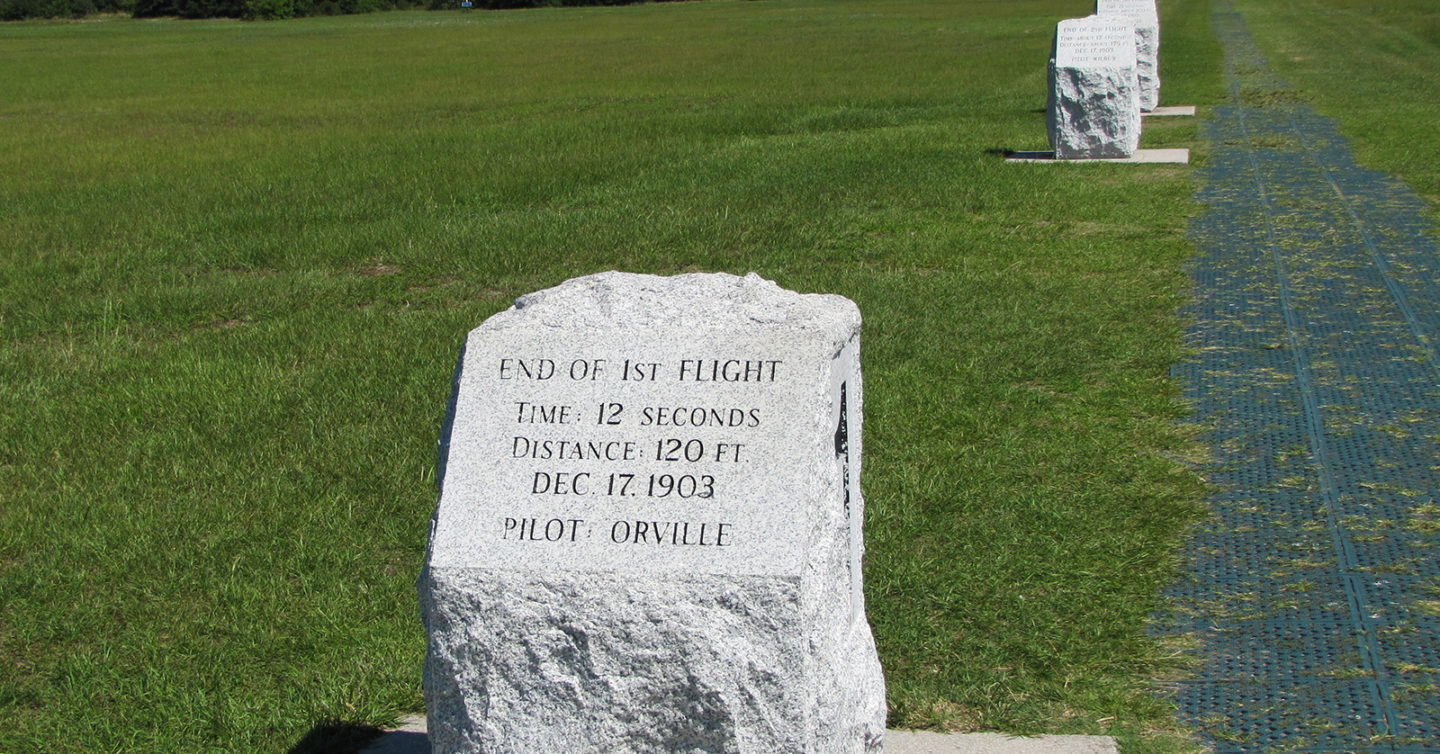 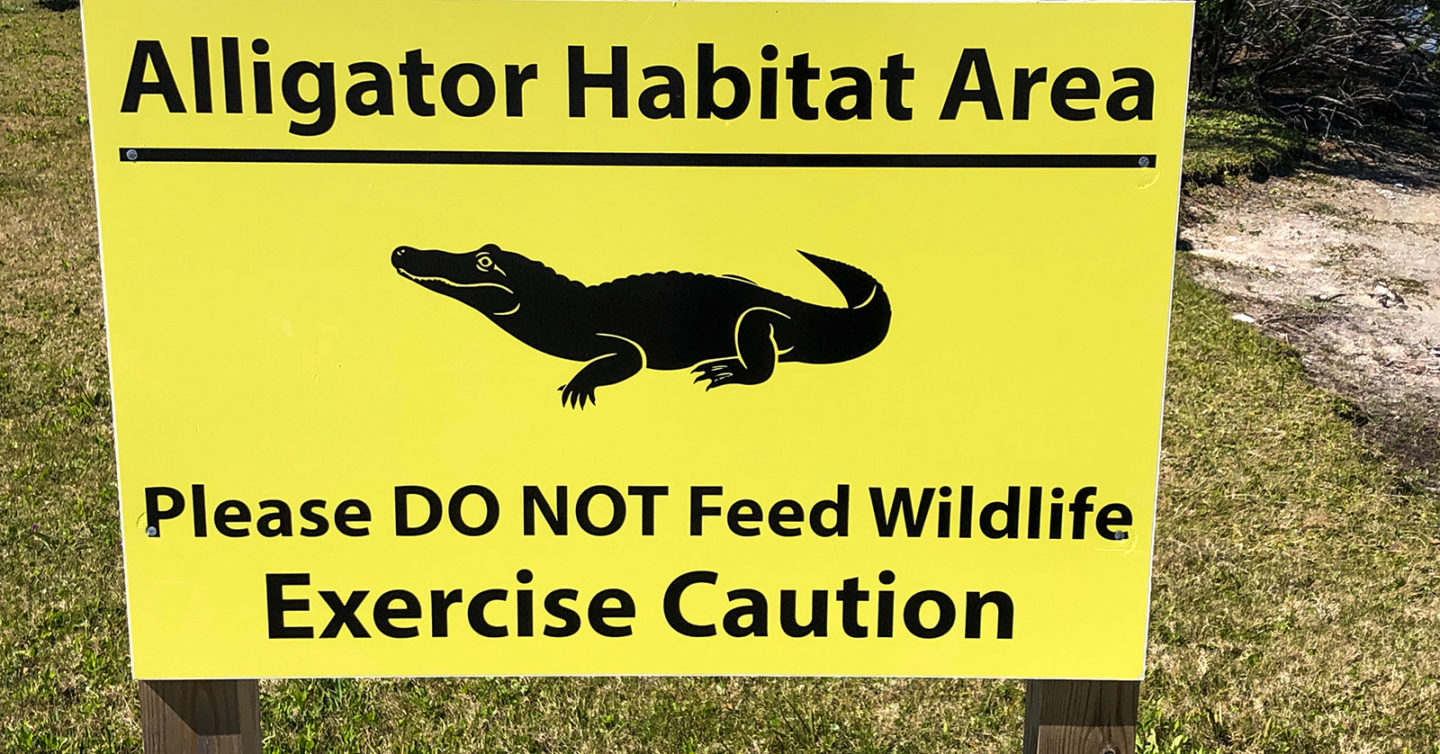 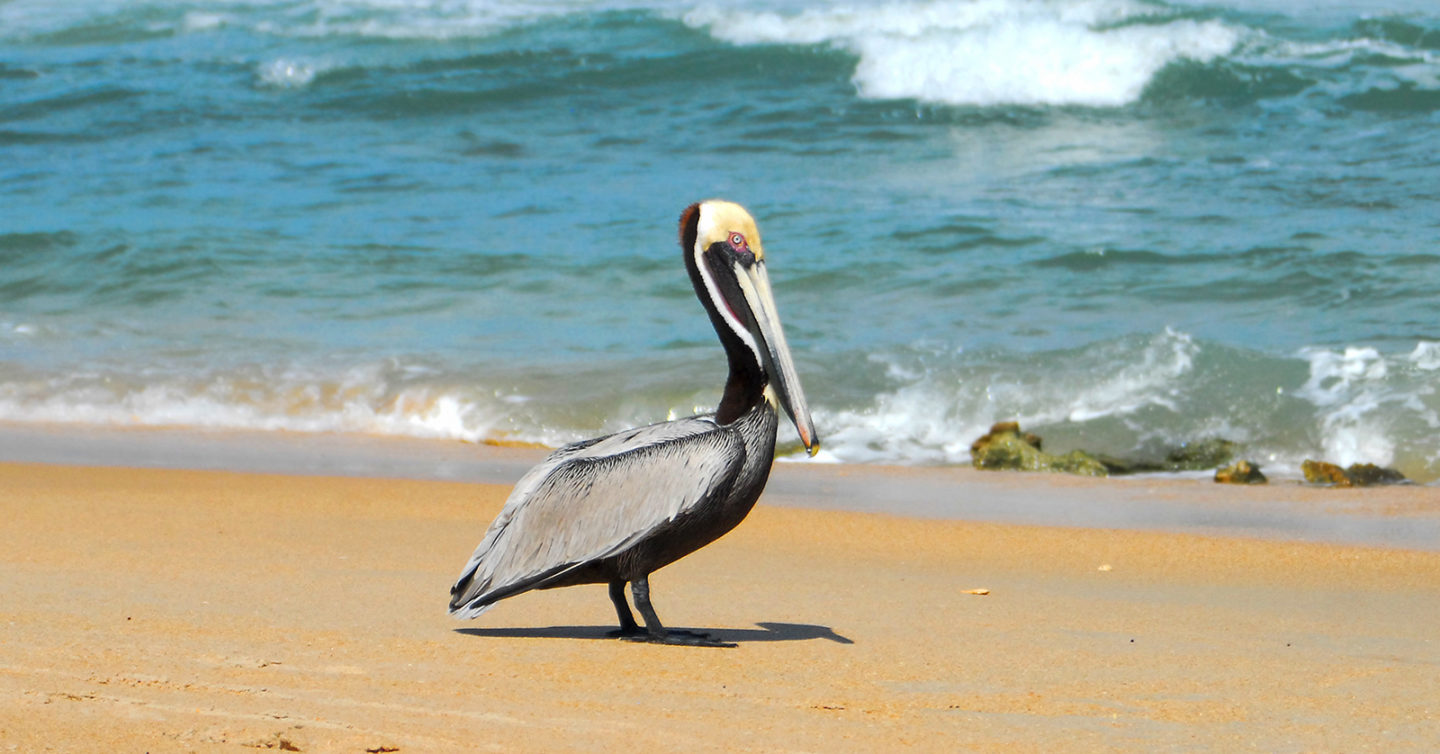 Pelican walking on the beach in Cape Hatteras. 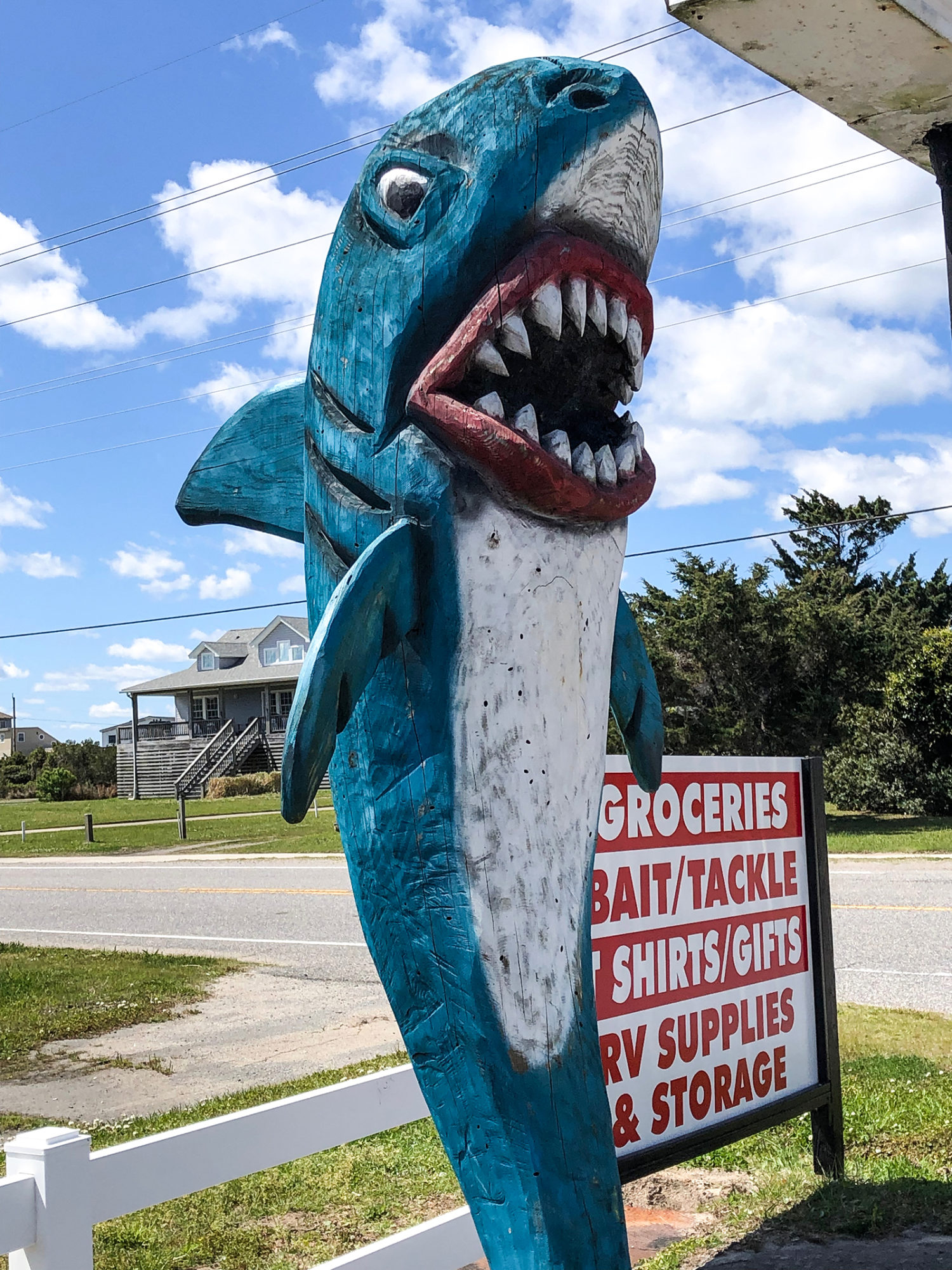 There’s certainly no mystery, though, about the kiteboarding at the OBX – it’s great! The best time of the year to go is April through August. Whenever the wind blows from the southwest – which is the predominant wind in the summer – the bay is an absolute blast to kite in. Northeast also works on the bay but launching can be tricky since you’re in a bit of a shadow. But once you get away from the shore it’s usually good, a little gusty but still good. The great thing about the area is that when it blows from the east – so offshore in the bay – then you’ve got the Atlantic Ocean to kite in. If you like doing downwinders, this is the place for them. There’s plenty of shoreline on both the bay and ocean to cruise downwind and the locals have given some of the launches great names that include Planet of the Apes, Kite Point and the Buxton Slicks… ■

The closest major airport is Norfolk International (ORF) in Virginia. It’s about a one-and-a-half-hour drive to the northern Outer Banks’ beaches like Nags Head, and two and a half hours to Avon.

There are plenty of rental homes – bayside, on the ocean and in between – and Airbnb is also an option. Just make sure to plan ahead and book early – summer there is great for wind but is also the peak tourist season.

April can be chilly and there are several times I’ve worn my 4/3 and neoprene jacket. June, July and August are great when board shorts or bikinis should suffice.

Bring whatever you can – I’ve flown my 7m there bayside and also used a 15m plenty of times.

There’s plenty of bars and restaurants in the northern towns. They get a little scarce the further south you go but you can still find some. A pint will cost you $5-$7.

I didn’t bump into any pro kiters the whole holiday.