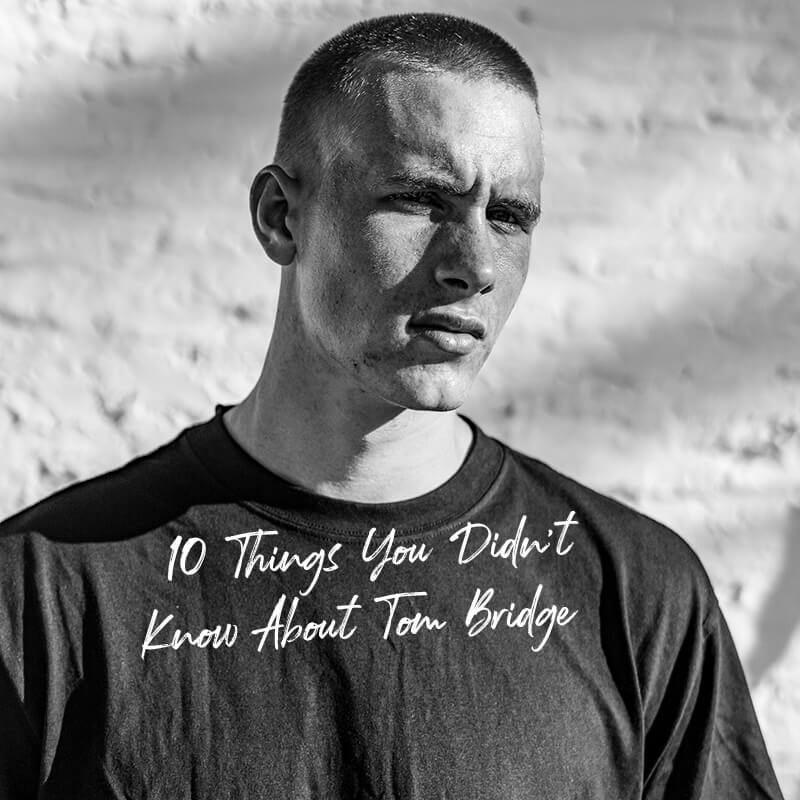 10 Things You Didn’t Know About Tom Bridge
Colin had a break last issue; we thought this might give him time to propagate a literary spectacular, perhaps challenging our very comprehension of the sport as it exists. Instead, we’ve ended up with a slightly dribbly list, which reeks of over intimacy with Exmouth’s enigmatic, but on paper, fourth favorite son. Tom probably doesn’t approve or isn’t even aware of this little exposé, but we’re banking on him not adhering to traditional forms of media, and being too busy at the skatepark to sue us for defamation. We therefore indulge Colin to paint a deeper picture (I daresay almost a life drawing) of the be-helmeted freestyle crusader.

1. Him and his kite are mates.

Usually, if you go for a move and your kite makes its way to the wrong side of the window, you’re doomed. Not Tom. Somehow his kite position doesn’t affect him. It can be headed in the complete opposite direction to him, whilst he’s mid-air, and he just gets on with the landing and then deals with the kite at a time more suitable to him. It’s weird and I don’t know how he gets away with it. 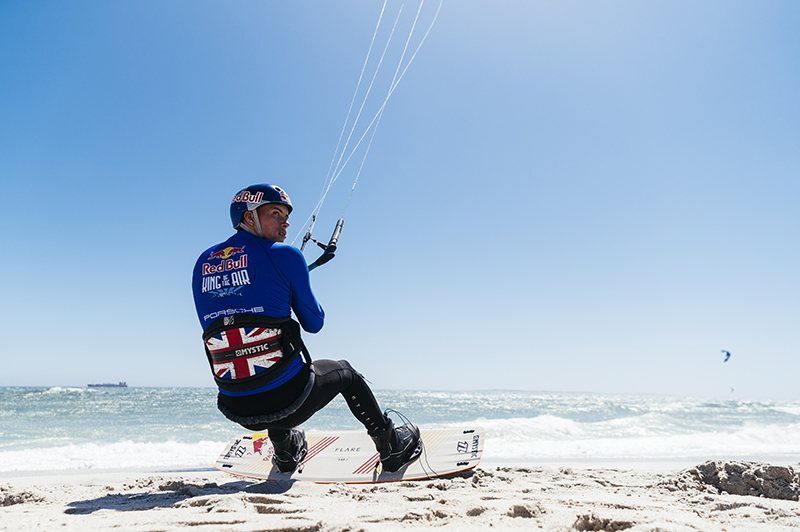 Even if it’s perfect conditions – if the wettie is wet, he’s not going in. It’s okay though because he has about six of every size, in constant cycles of drying. 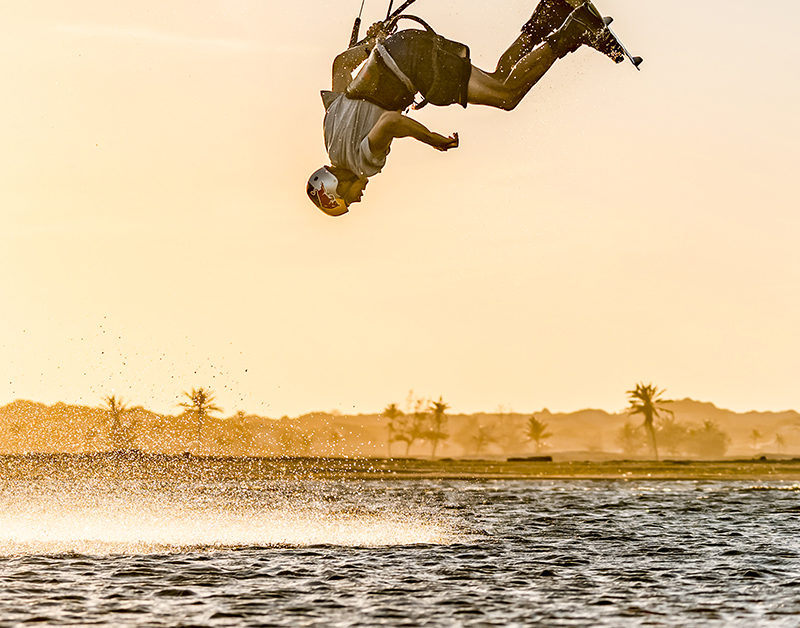 There seems to be no upper wind limit to which Tom can unhook. He’s a big guy, yes. He’s 6-foot-something, but that doesn’t account for him being happy to unhook on an 11m when everyone else is too scared to loop on 9s. He simply pops from toeside, and goes with the kite, letting it take him 20m downwind whilst he does his twirls and chucks the bar around his back. I think he must have mad grip strength. And I think toeside take-offs are maybe quite an efficient way to dissipate power – your entire bodyweight is behind your edge. You’re naturally straighter, too, as opposed to being all bent over when taking off from heelside. That’s my guess, anyway. Who knows though. Maybe it’s magic.

4. He has broken an unforgivable amount of boards.

As a teen, there was a time where his board would be lucky to see the water twice in its horrid little lifetime. Then it would be cast into the back shed to hang out with its deceased family members until they met the bitter end of being made into shelves, benches, tables, etc. I should think he will have to beg at the gates of hell for the 30+ boards that he has snapped on landing or ripped out the inserts. Snapping them commonly wrote off the boots, too. Nowadays he rides a board built out of diamonds and caked-on Weetabix that can withstand an absolute pounding. Future civilizations will be digging them up wondering wtf we used them for. 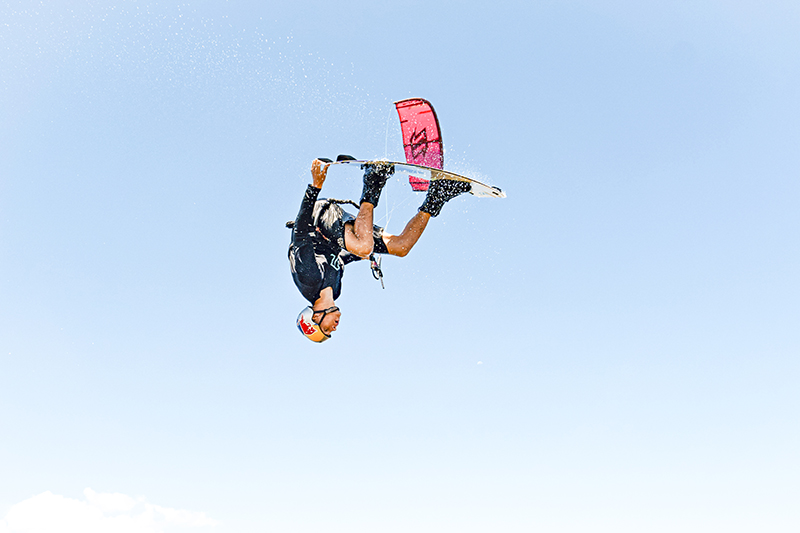 Yeah he’s not a fan of the flats. Not exciting. No possibilities. Too easy. He’d rather knee high chop than butter flat.

6. He’s bored of everything.

Conventional tricks, to him, are dull. Why? Growing up, he dominated junior freestyle. No one came close to his level. He was doing doubles before he was 12. So next time you get all excited about some grom on the internet, compare them to a young Tom Bridge, and calm down. He’s been doing this shit for over a decade. And he’s only 21.

Because no kite brand make boots big enough to fit him. Lol. Think he has to buy the Ronix ones as well.

8. He rides the same kite religiously.

Always the Pulse, no matter the conditions. 30knots? Pulse. 40knots? Pulse. 50knots? He won’t be out. Why? It retains its line tension in between tricks. Without that, the lines wouldn’t happen as easily. And there’s also the fact that because the Pulse isn’t a true C-Kite, it’s liftier. Not as much as the Orbit (which he can still do 9s on btw), but still more than you’d usually want for freestyle. He uses the liftiness. It enables him to keep his kite higher than his freestyle predecessors, which has unlocked more tricks. It is outrageous that he doesn’t get more shouted at online for his kite height. But that’s a testament to the sheer amounts of steeze he can produce at a moment’s notice. 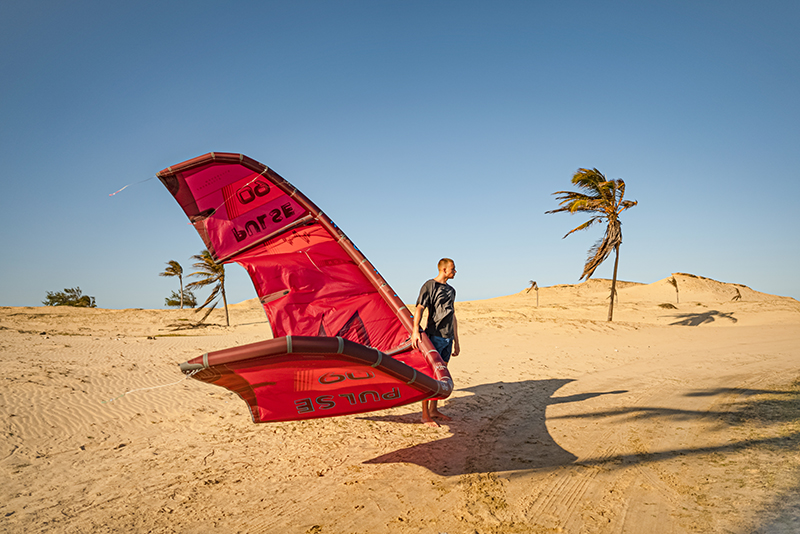 At all. Especially if it’s me behind the lens. And god forbid if it was anyone else. They would get eaten alive. Tom and I lack enough respect for one another that we’ll happily shout at each other about missing tricks or not being paid or nagging him to ride because that’s his one and only job or me being a bit demanding or him being a child. But do we get the job done? Sometimes. And do we make stuff in a way that hasn’t been done before? Not really, no.

Sorry. Should have left this one out really. Not good for morale, is it? But I have witnessed him doing full blown racing tacks, gybing sitting down and generally going twice as fast as you should be able to go on freeride equipment.

Bonus One. He is unapologetic. In a good way.

There is a tricky line between showing his true attitude towards the sport and where it is heading, and setting his career on fire. I have gotten this wrong in the past. It is easy to sympathize when you take into account that he has been bred for freestyle, which in 2022, is in a state of disrepair. But to me, Tom is the most interesting thing in kiteboarding. The way he rides is cool, yeah. However, the way he carries himself and deals with the pressure is refreshing and something the audience has never seen before. He jumps off the screen in interview and on the water. But it also makes him look careless. Which corporate giants do not enjoy. This is a shame because, in my opinion, no one cares more about freestyle kiteboarding than Tom Bridge. ■