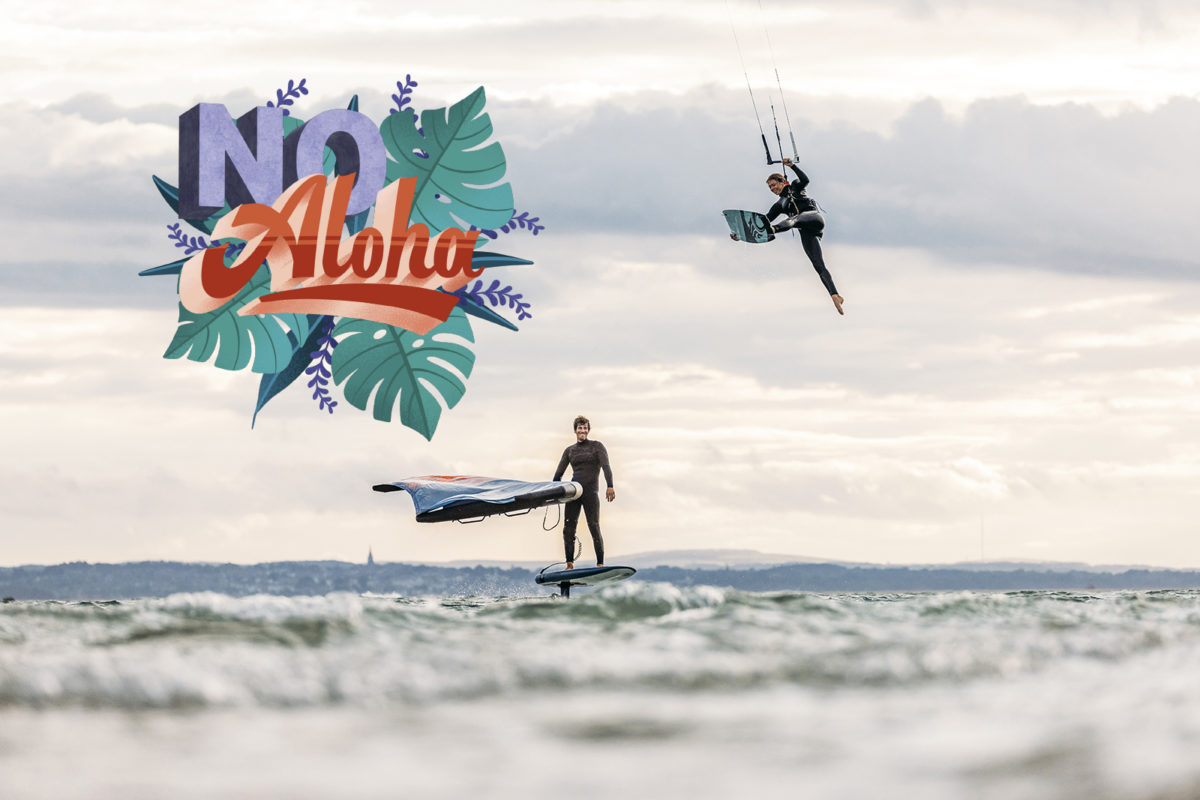 In our last issue we heard from Cabrinha about their European demo tour. Keahi de Aboitiz joined them from Hawaii and they then headed to the UK. This was Keahi’s first trip to the sceptered isle so we couldn’t wait to hear what he thought about it. Also on the trip was native hotshot, Hannah Whiteley, who recently signed with Cabrinha and told us how she feels about becoming part of their family. 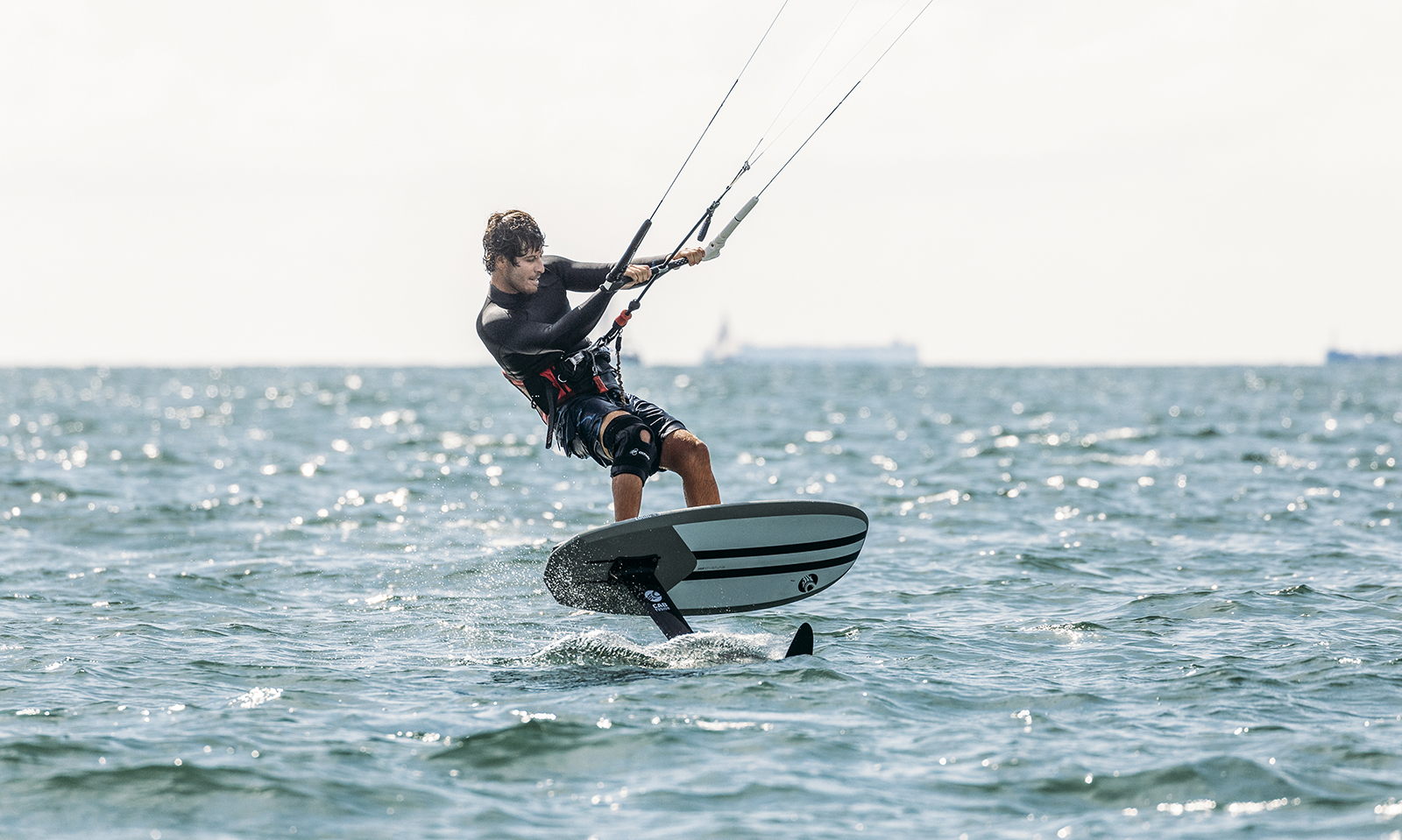 It was great to get over to the UK. I got close a few years ago, before Covid, but it fell through, so it was awesome to finally make it out. It was cool to see the scene in the UK. For me, growing up in Australia, there are some similarities. There’s a really good group of people who are into kiting, winging and foiling, and it was great to see people into the same stuff and having fun on the water, and it’s always fun to see different cultures. Before the UK tour I spent a few weeks in Europe, traveling in the Cabrinha Airstream with Tour Manager, Nico le Bris. He is French, so he translated for me in France, then it was nice to be back in an English-speaking place and help translate for him if people were talking too quickly!

We started the trip in Camber in the southeast, then headed to Poole, Hayling and Bigbury on the south coast, then to Daymer Bay in Cornwall.  I think all things considering we were pretty lucky and got some good conditions. It sounds like it was a long hot summer in the UK without too much wind or waves. We had fun conditions in Poole with some decent waves, fun for a surfboard. On the second day there we had head-high waves and I was actually on an 8m. It reminded me a bit of some of the beach breaks that I grew up at in Australia and it was fun to get back on the surfboard. It’s been a while – it’s summer in Hawaii too, and we don’t get a ton of waves then.

In Bigbury we got in a great surf foil session on the first day when there was no wind. It’s a pretty cool setup there. Then on the second day an offshore wind came through which doesn’t work for kiting there, so we had a wingfoiling session with some talented locals, including some of TheKiteMag crew. I love being able to do a variety of water sports, it means you can make the most of whatever conditions you get, whether there’s wind or not, and whether it’s onshore or offshore. Our last couple of days in Cornwall, I got some more interesting wing conditions in strong tides at Daymer, whilst Hannah busted out the moves on her kite. Again it was cool to session with the locals. We ended the trip with a night out at the local Bluntrock Brewery drinking a limited edition ‘Drifter’ Coast to Coast Lager, the product of a collaboration between Cabrinha and Estuary Brewing. The beer has been produced by Estuary Brewing in the US and Bluntrock Brewery in the UK, to help raise funds for an initiative aiming to bring people with physical and mental disabilities into the sports of kiting and wingsurfing.

My trip in the UK came to an end all too soon. I am now back in Hawaii; it’s just starting to go back into wave time for us, so I’m looking forward to getting some more waves here. Towards the end of the year I might be in Peru and then the Marshall Islands have finally opened back up again, so January through March I’ll be spending a lot of time over there. It’s pretty amazing for kiting, foiling and surfing, and it’s been a few years since I’ve been there so I’m really looking forward to going back. 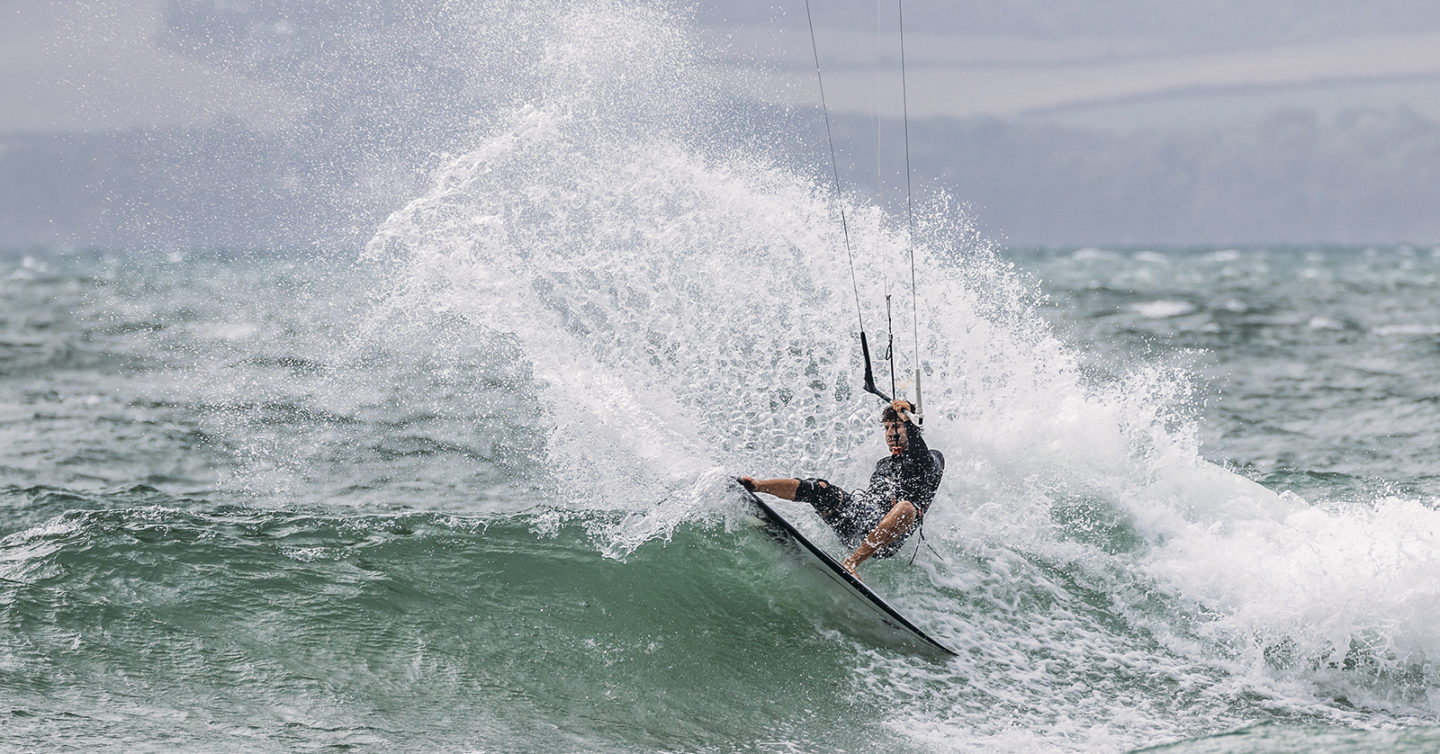 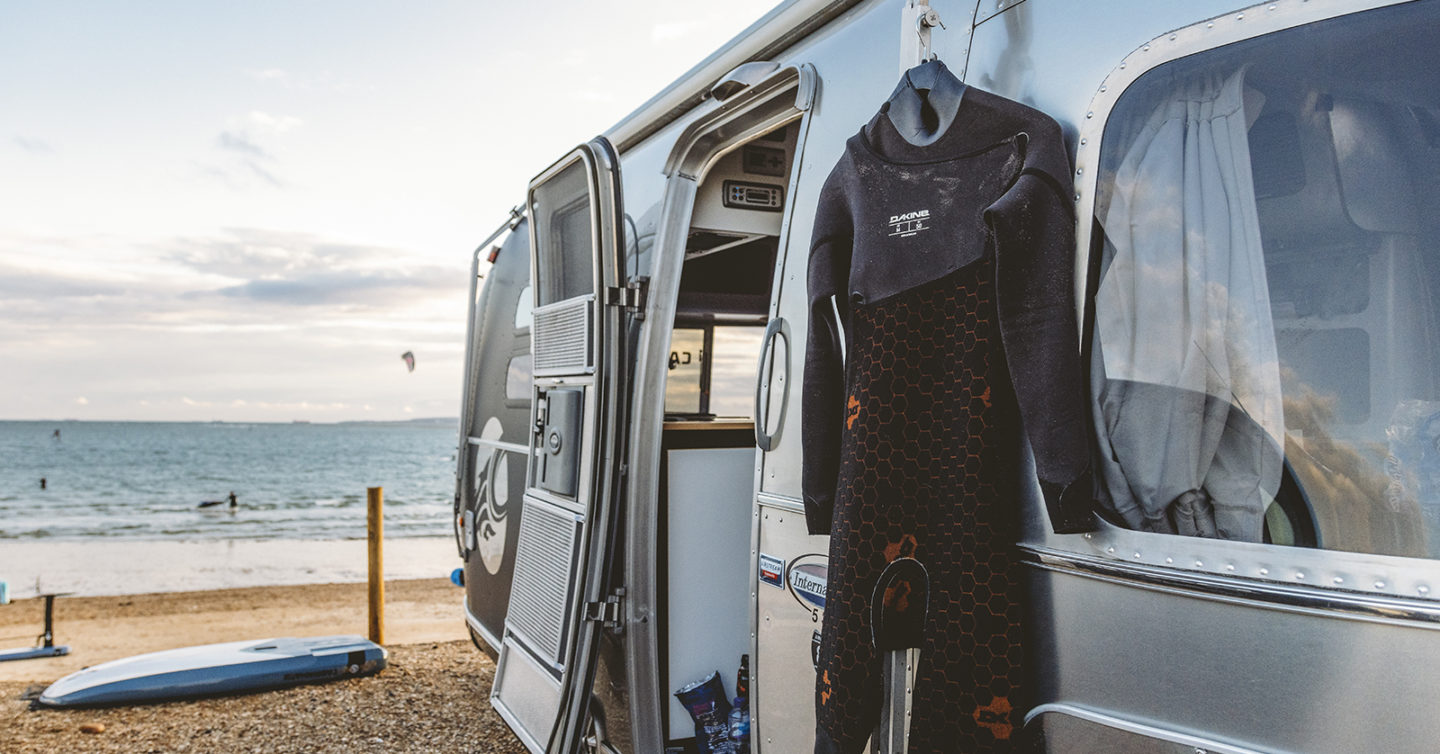 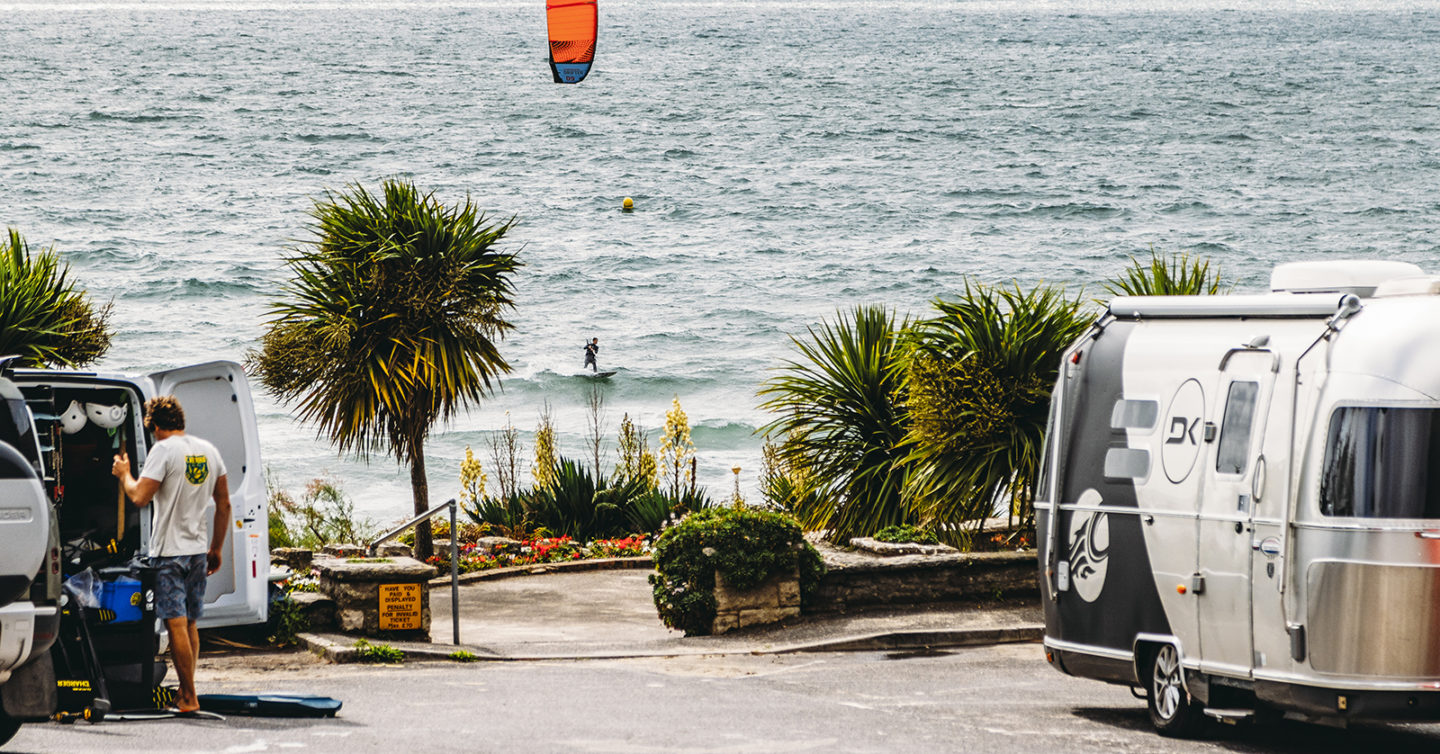 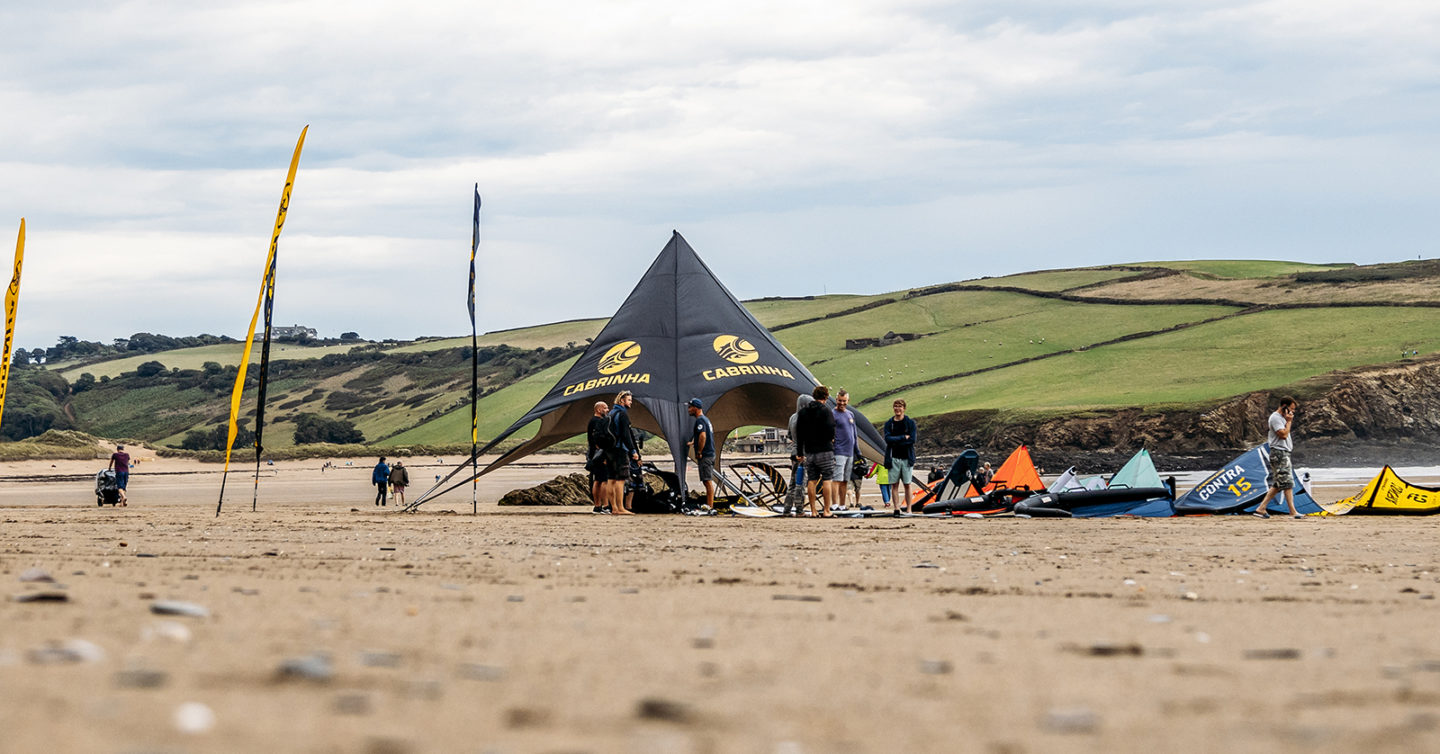 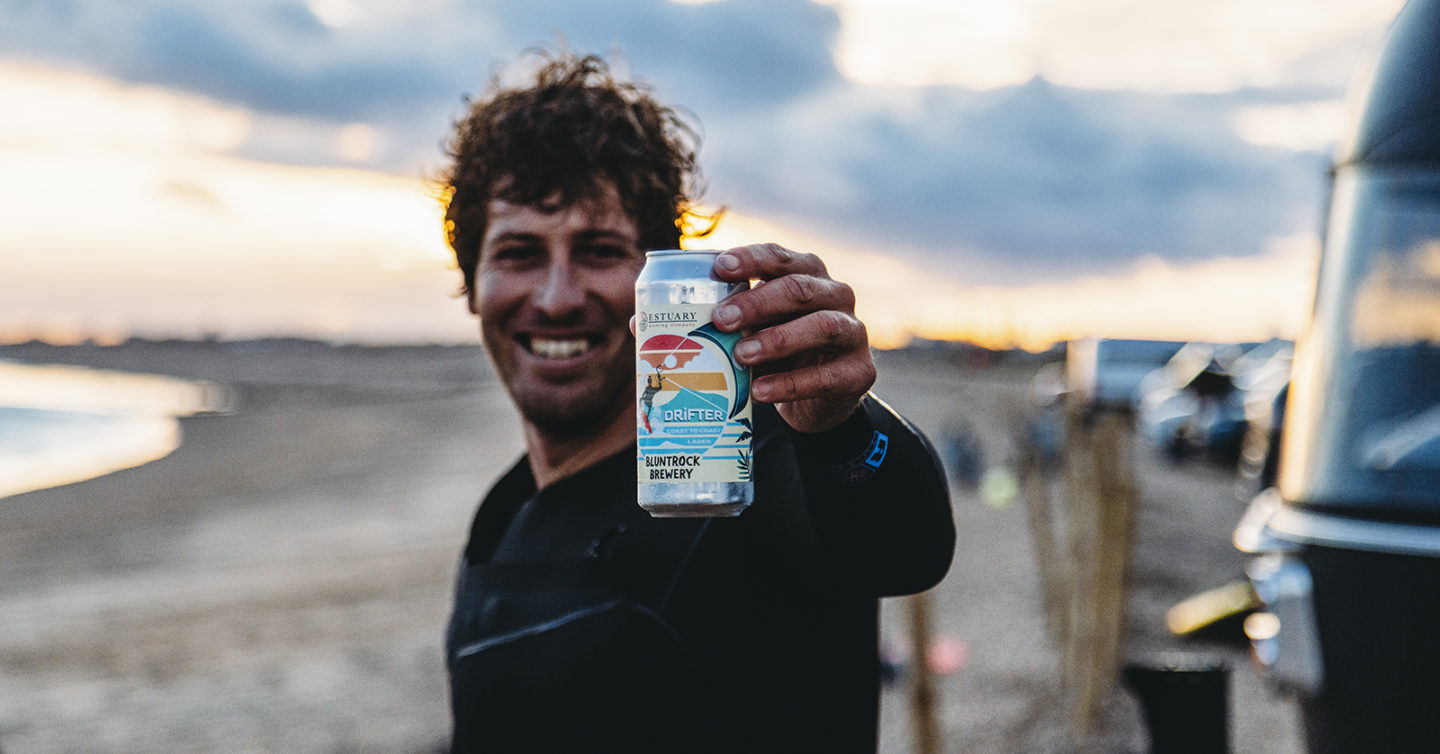 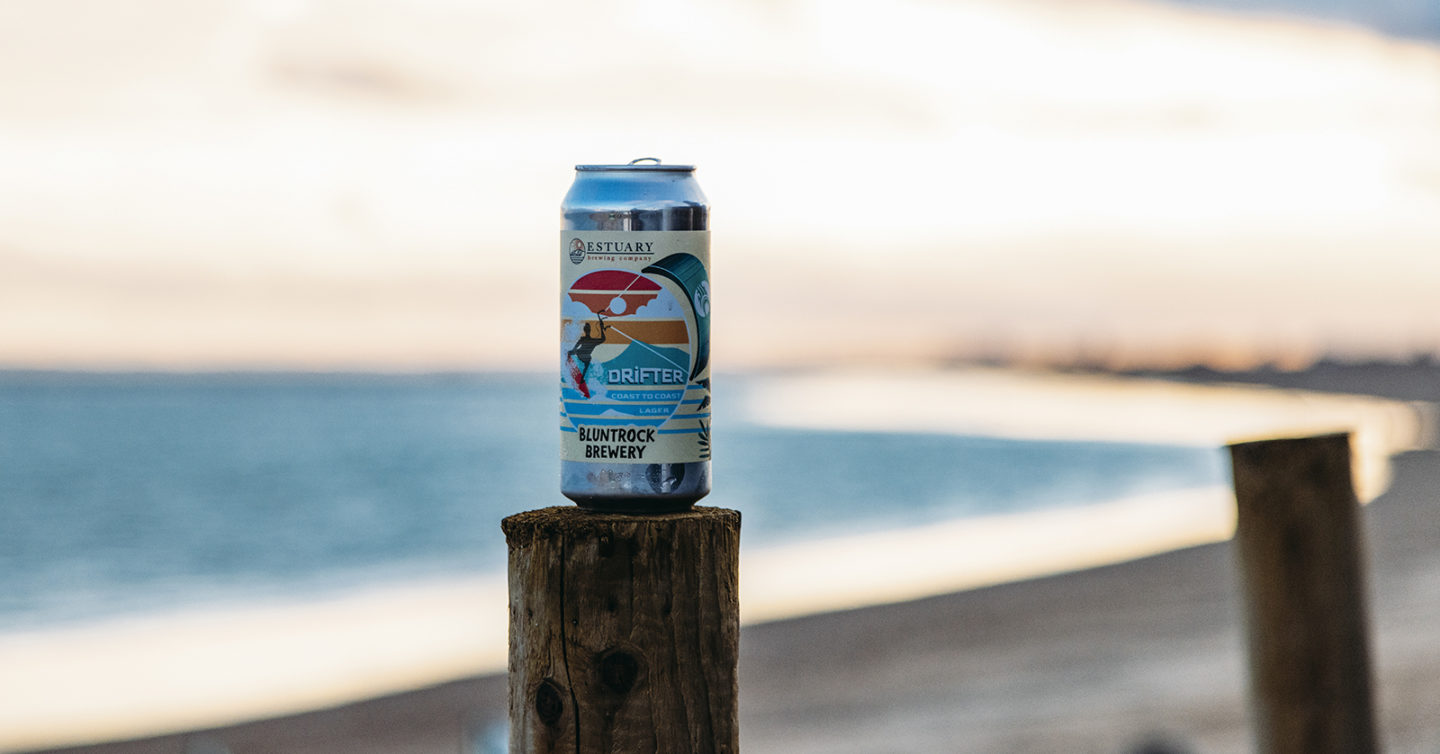 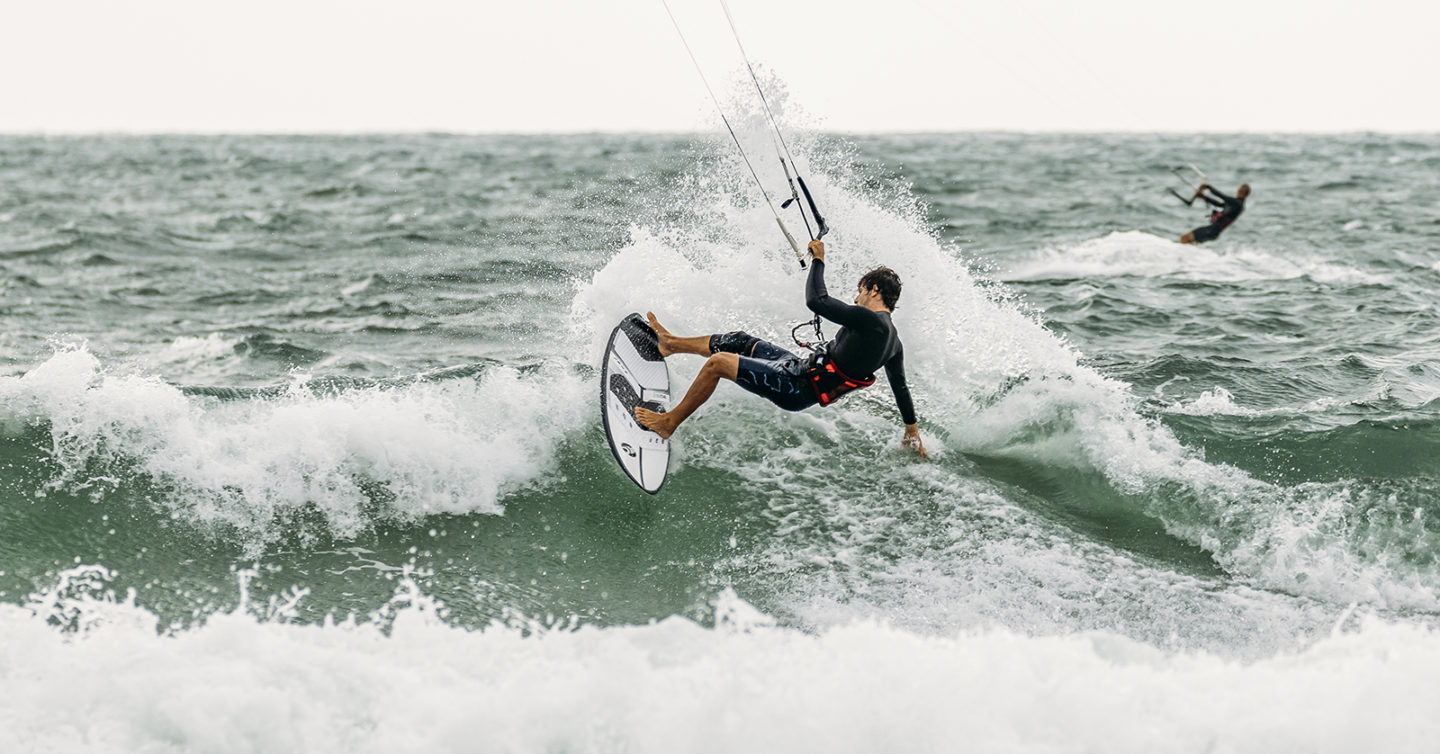 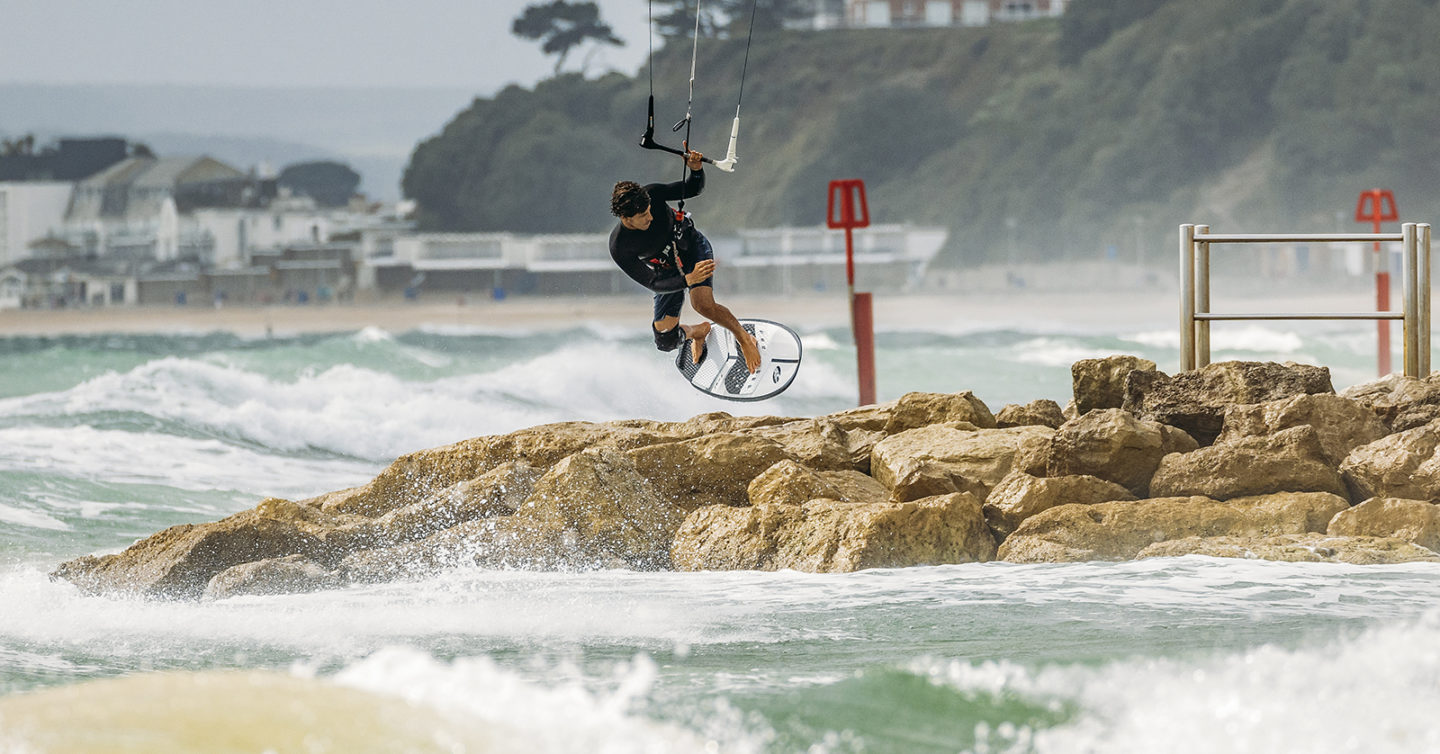 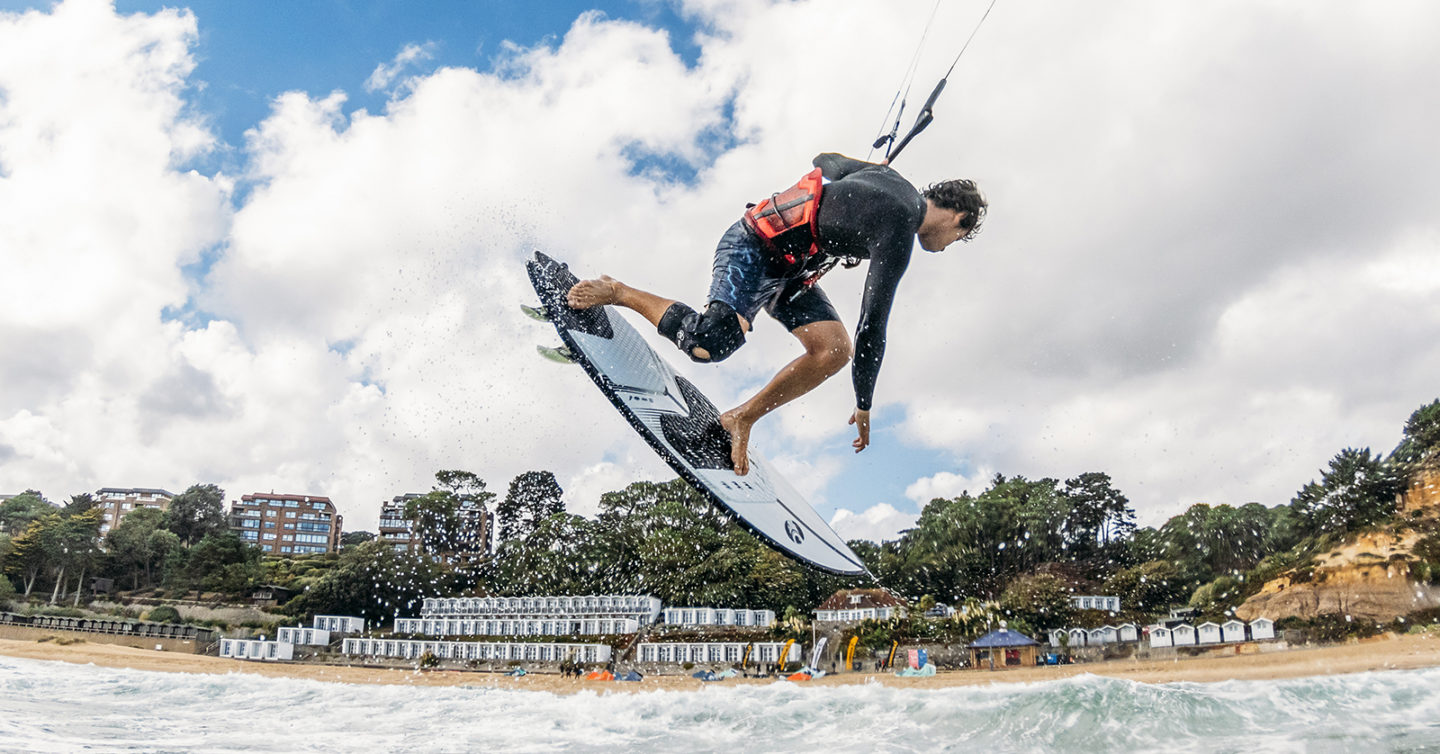 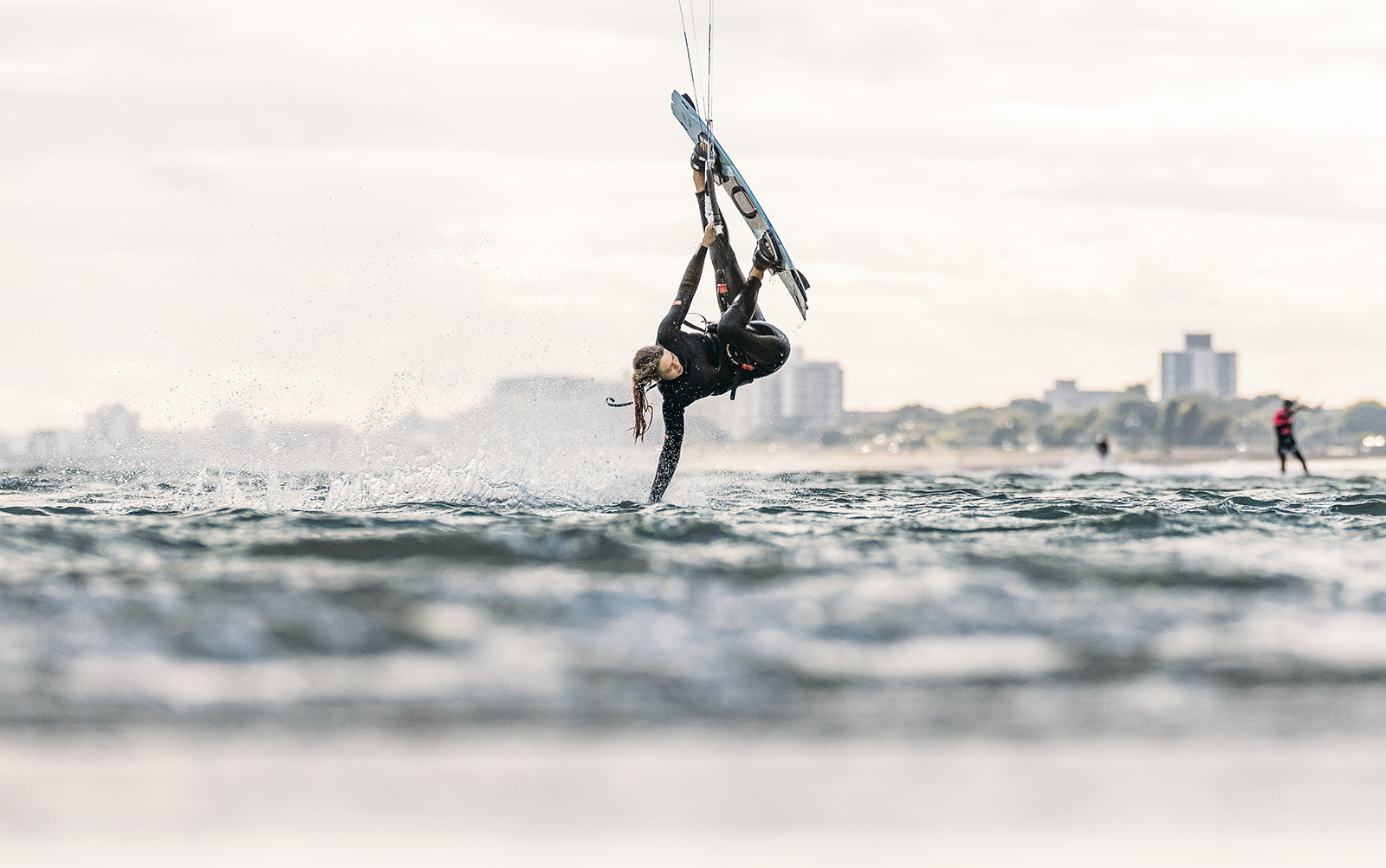 It was great to join the Cabrinha UK demo tour. The UK is such a special place for me – it’s where I learnt to kite – and the tour brought up all these memories of the good times doing the British championships where I started my kitesurf career, so I was really grateful to be part of this trip. It was also great to hang out with Keahi, I met him in Morocco, a very long time ago when it was the Virgin Kitesurf World Championships. I’ve also met some of the other Cabrinha riders like Alby back when it was the PKRA days, and I’ve known Annelous for a long time. They’re all super nice and amazing riders, and it’s great to be on the team with them. I really liked the idea that the Cabrinha team was quite small and has a kind of family feeling, helped by the fact that I’ve known Marketing Manager James Boulding and Brand Manager Dave Hastilow for so many years now, since I was doing the British championship. All the Cabrinha staff that I met on the UK tour were unbelievably nice too.

I liked that Cabrinha have a lot of energy at the moment and they want to push the brand for the future. I’m not slowing down any time soon as far as kiting is concerned and I think Cabrinha will help push me that bit more to keep doing better content. I think you naturally get more energy as well when you switch brands, so I’m excited for the future. I definitely feel like it was the right decision. I was also really impressed with the quality of the gear and am getting on really well with it. I’m currently using the FX. It’s a super nice all-round kite, good for doing Big Air, freeride, and freestyle, all of which I like doing. They’ve also got a new kite coming out soon which is going to be insane, so I’m very excited about that. Board wise, I’ve been trying the whole range to feel which one really connects to me. I’m not sure which is my favorite yet. For freeride and Big Air I’ve enjoyed the Ace Wood and the Spectrum.

I’ve also been trying out their foil boards as I’ve been getting into foiling recently. I started the demo tour in Hayling where there was an event taking place, and as it was quite light everyone was foiling. It was great to see the young groms come through, with quite a big group of young girls which was super nice. I hope they keep at it, keep training hard and maybe they too could make a career in kiting if that’s what they want. My getting into foiling is due to my dad I think. I’ve never seen him so excited since starting foiling, all he wants to talk about is foiling! He’s been kiting since 1998 and is now keener than ever and will drive anywhere for a little bit of wind. His energy has passed on to me and as he’s doing freestyle tricks like backloop kiteloops, it’s inspired me to do some freestyle tricks to share the stoke with him. So watch this space, maybe I’ll do the GKA Hydrofoil Big Air competition next year. It feels a natural progression for me to give it a go. There was no women’s division this year but there are a lot of good foiling girls out there, so I’m sure a women’s division is on the cards… ■ 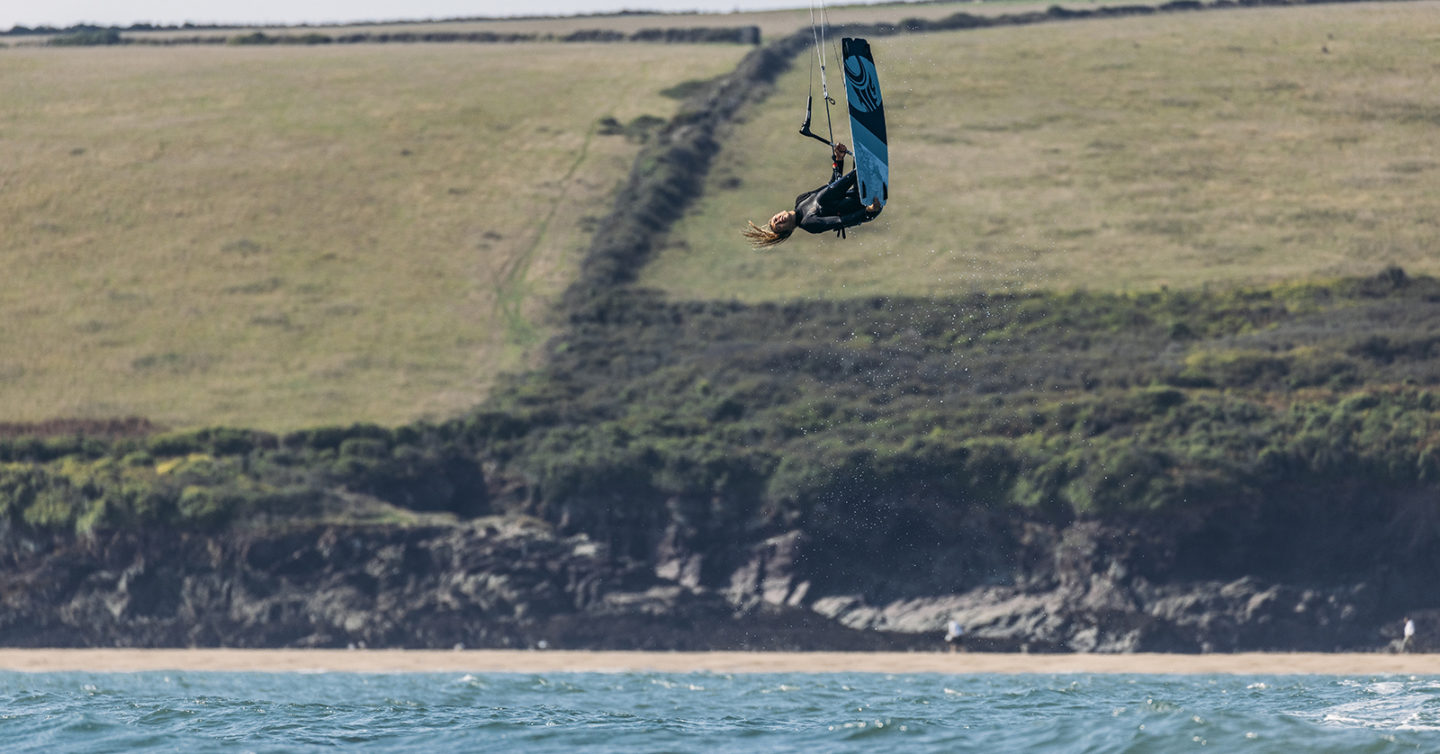 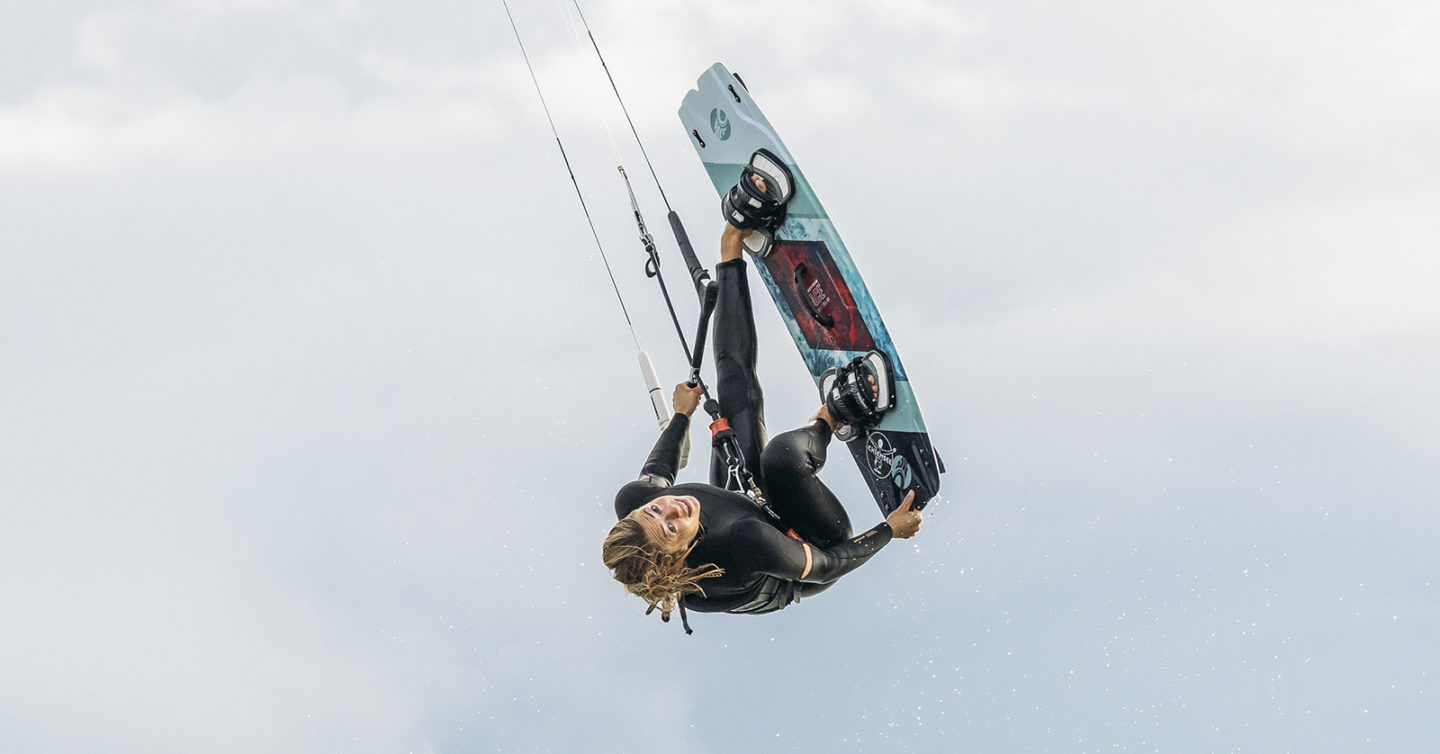 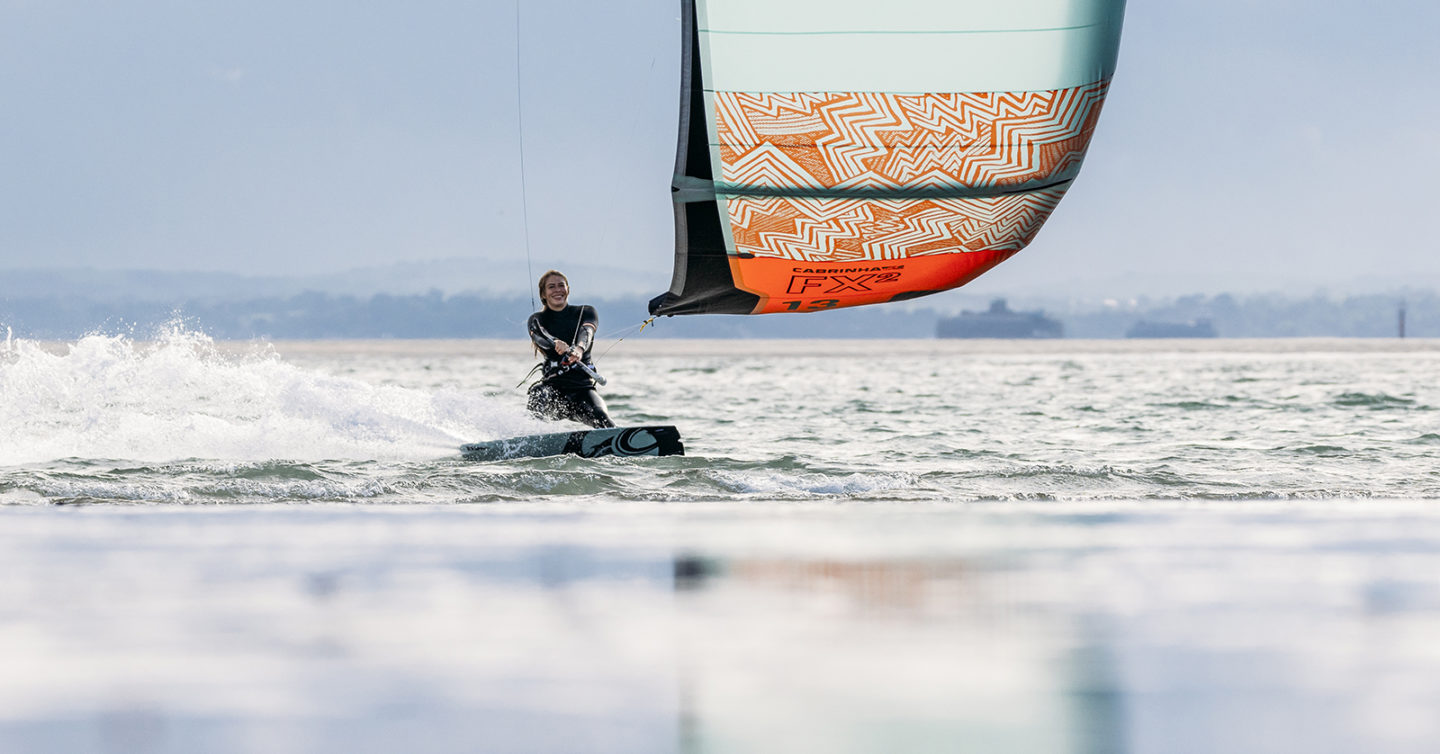 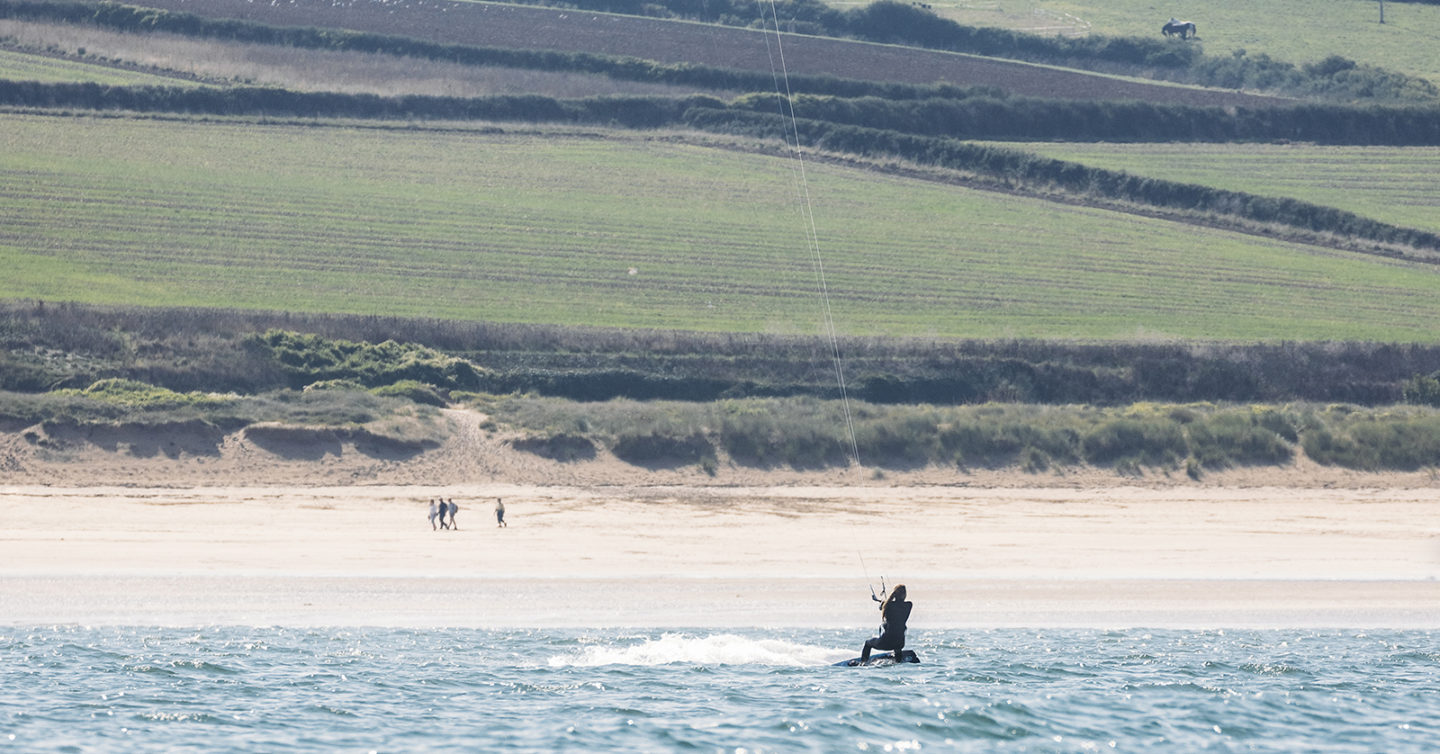 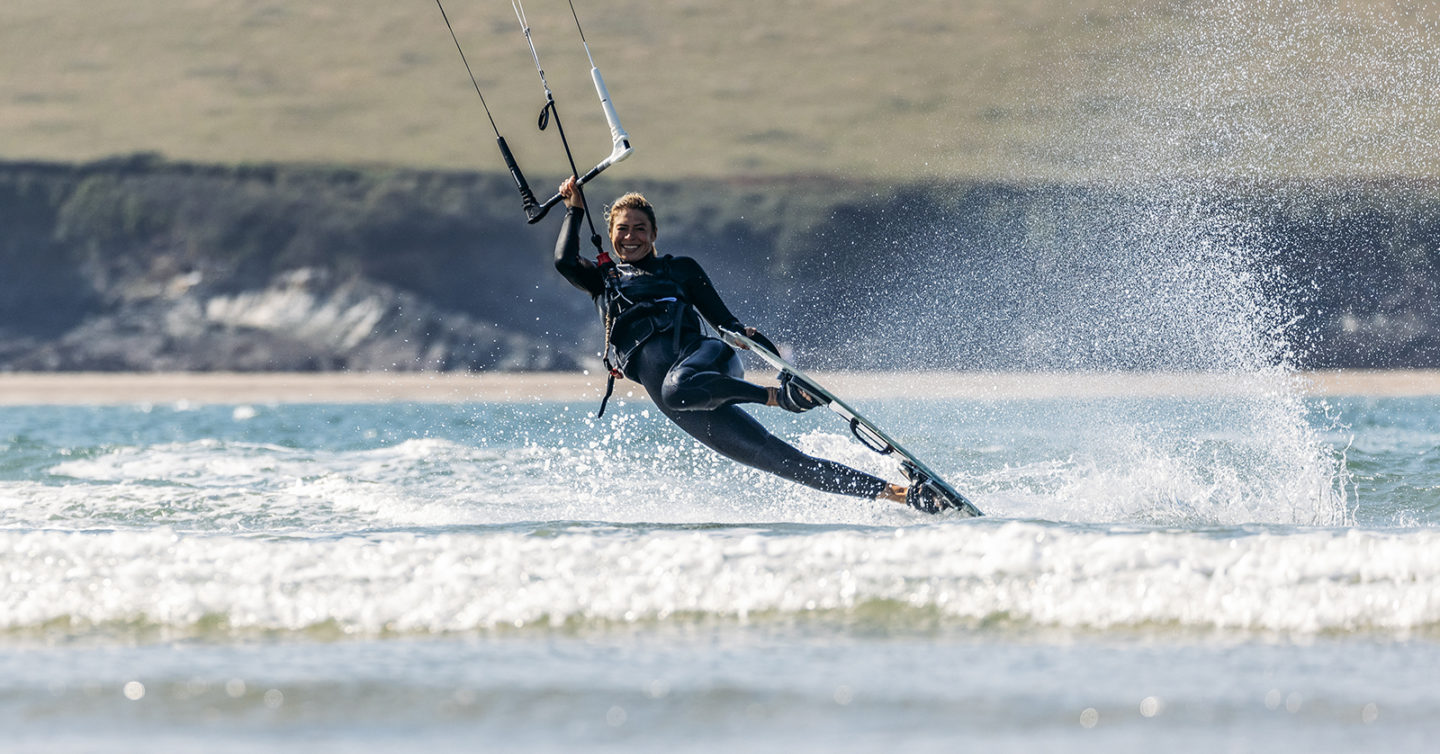 This feature appeared in one of our older issues.