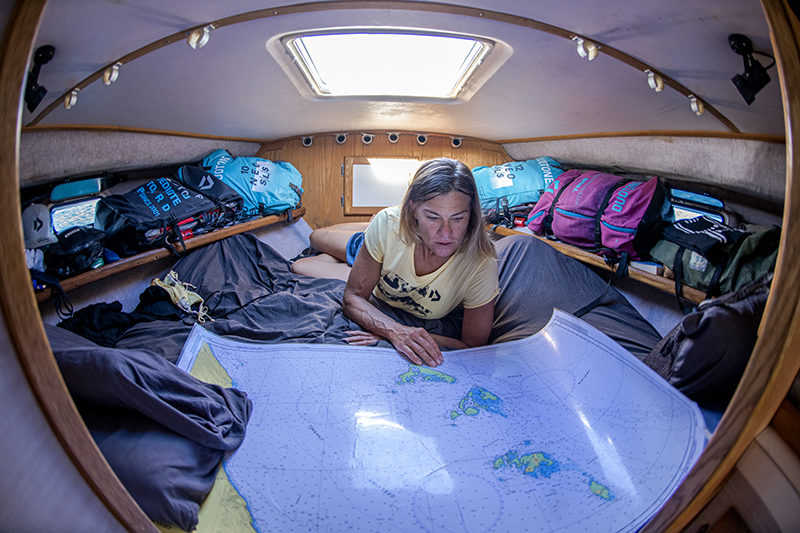 Not far off the coast of Western Australia lie the Houtman Abrolhos Islands, 122 islands clustered into three main groups – Wallabi, Easter and Pelsaert. More than 60 ships have been lost in the notoriously treacherous waters of the archipelago, but Gabi Steindl braved the trip out there and scored some sessions in an isolated place that very few kiters have ever ventured to… 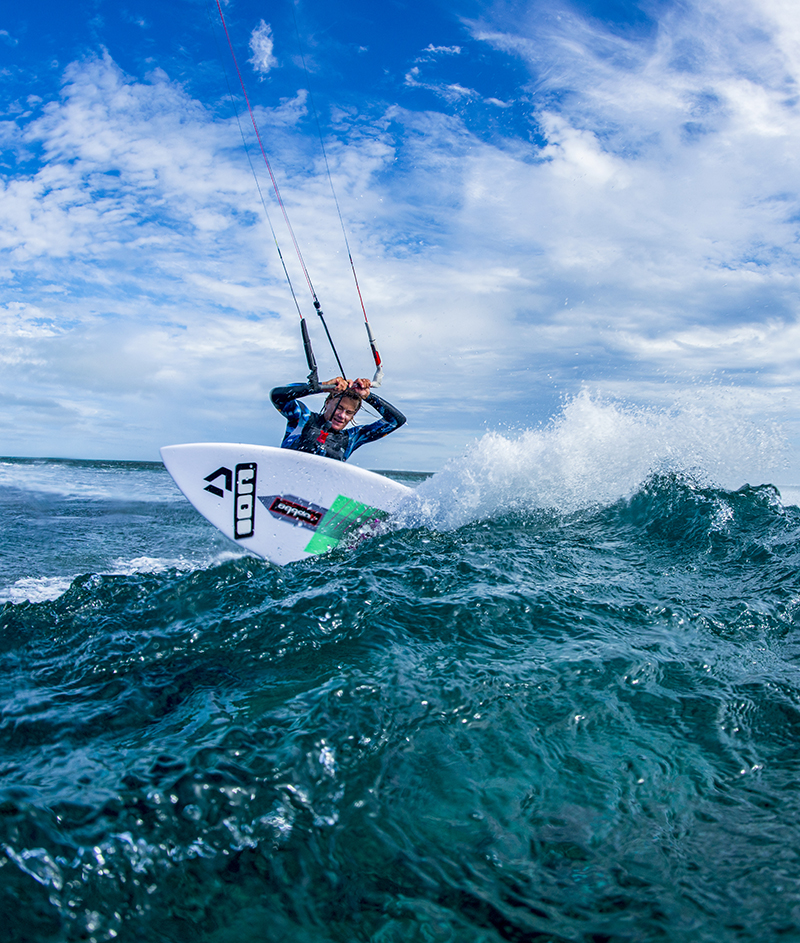 With Covid restricting all international travel last year, my explorer soul was yearning for an adventure. Off the grid, with a great potential for wind and waves, the Abrolhos had been on my adventurer radar for a long time. All of the 122 islands are uninhabited; the only transient residents apart from the migrating birds and sea life are around 120 licensed fishermen, their families and deckhands. 22 designated islands serve as their temporary base to fish from commercially. There are no accommodation facilities for tourists on the islands and camping is prohibited. The only way to see the Abrolhos is by boat or light aircraft — we went for the boat option. Our crew consisted of skipper Mick (lifelong surfer and boat builder), my wild Aussie windsurfing husband Corey, and Scotty Bauer, a legendary surf photographer.

With the islands being so isolated, you have to be fully self-sufficient and bring enough food, fresh water and fuel to last the length of your intended mission. We took a trailer full of toys and provisions to Geraldton, our port of departure, and picked a still day for the crossing. Spotting the first glimpse of an island after two hours of crossing was exciting. We could make out a mishmash of fishermen shacks in a kaleidoscope of colors. Like the tides, the community comes and goes with the seasons. Inhabiting these isolated islands for decades, they’re a special breed and protective of their islands and industry. They’re not overly keen on visitors… It didn’t take long for a 50-foot jet engine boat to roar out to us from one of the little islands. The skipper was built like a gladiator in tiny shorts and every inch of his body was covered in tattoos. “What are yous up to?” Realizing we had no ulterior motives other than doing a bit of recreational fishing and finding a few spots to kitesurf, he suggested taking care. With a wink he steamed off, gigantic rooster tails blowing from the twin jet engines.

The afternoon of our first day was windless. Mick took us to the outer edge of the Pelsaert Group, to catch our dinner. Throwing the anchor into the crystal clear water, a dark shadow slid underneath the boat. “That was a tiger,” Scotty, who’s an extremely experienced spear fisherman, commented apathetically. Within minutes he had donned his diving suit and jumped off the boat with a loaded gun. The fishing was on! I joined Scotty below the surface on the hunt for crayfish. He called it quits after a hammerhead shark came a bit too close for comfort, but we ate like royalty with fresh cray and fish wings on the menu. The next morning we woke to another calm day. The Abrolhos experience strong winds most of the year and very rarely see calm conditions. Skipper Mick couldn’t believe it… days like this could be counted on one hand per year.

By mid-afternoon, I’d almost given up any hope of wind, when I suddenly spotted a few whitecaps out towards the west. Determined to make it work, I grabbed my 12m with bar and lines already connected. Knowing we wouldn’t be able to access land for most of the trip, I had prepared four kites back home with a bar each, ready to be launched from the boat. Boat launches are nerve wracking but gliding out into a field of small coral shingle islands with spectacular reef formations below me, made it all worth-while. Across the channel, I could spot some fisherman shanty islands in the distance. With the wind too light to kite upwind to them, I jumped back on the marlin board of our boat, the kite still up in the air, and asked Mick to give me a lift over. Checking out the shacks by kite from up close, each in its own quirky style and bright colors, and imagining what it would be like to live here for a few months per year blew my mind. The longer I kited around, the more baffled faces appeared – I’m pretty certain I was the first kiter to ever zip around their front yard. I smiled and waved and even the toughest looking waved back eventually. I then kited the couple of kilometers downwind to our mooring spot, whilst the colors turned golden on sunset.

The weather changed drastically overnight. Waking up to overcast skies, rough seas and rain, we decided to head out to Half Moon Reef. The 22km-long, fully submerged, swell-buffeted reef forms the protective western arm of the Pelsaert Group. The southerly wind started cranking on the way there and the swell conditions made it impossible to anchor the boat just downwind of the break. The only option was to find a spot a couple of kilometers away, too far to call it ‘safe’. The danger of the situation was undeniable; too many ships have fallen victim to Half Moon Reef in the past. Kiting out here could be regarded as suicidal. Tacking across to the reef from our anchorage a nautical mile away was sketchy. I lost sight of our vessel and felt an eerie solitude. Things felt a little safer once my husband joined me on his windsurfer. Together we sailed one of the sketchiest sessions of our life. Over 13 species of sharks patrol the waters of the Abrolhos, with the great white and the tiger on top of the food chain. I don’t dare even think about what could have happened in the hours we were tempting fate out there, totally at the mercy of Mother Nature and the elements. 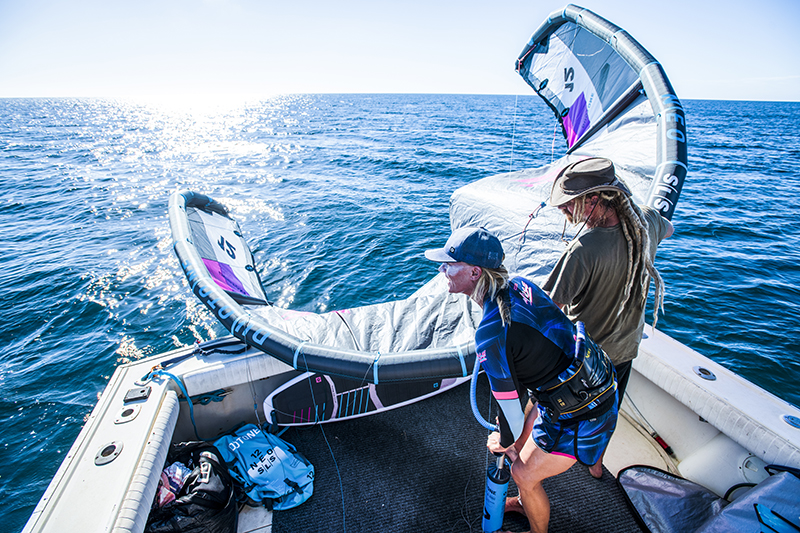 The next morning, the cloud cover had disappeared and we decided to set course for the Easter Group further north. 14 nautical miles into the journey, we spotted a clean left-hander peeling off the southwestern corner of a small, windswept island that had one coral cairn on it. The swell from the day before had dropped considerably but so had the wind. I managed to get going on my big weapon and loved shredding the crystal clear breakers that ran off the point. However the wind dropped below eight knots making it impossible to get back upwind to the break. Pulling the anchor, we headed west and came upon a small, picture perfect white cay that was entirely made up of sun-bleached coral. Loaded with my 12m and biggest board, I headed over with the dingy. I thought I was dreaming when greeted by a sea lion on arrival. She watched me, looking amused while I failed to get going in the light wind. As I found out later, the Australian sea lion is the rarest sea lion in the world; the Abrolhos provide important breeding and haul out areas for the vulnerable animal. The next day I made friends with another playful sea lion – swimming, diving and playing with this special creature for almost an hour was super special. Then I noticed a right-hander starting to break with the rising tide. What followed was the icing on the cake: an epic surf session in the glassiest conditions you could possibly imagine. Western Australia is infamous for always being windy; getting two super glassy days at some of its windiest places was bizarre and amazing at the same time. 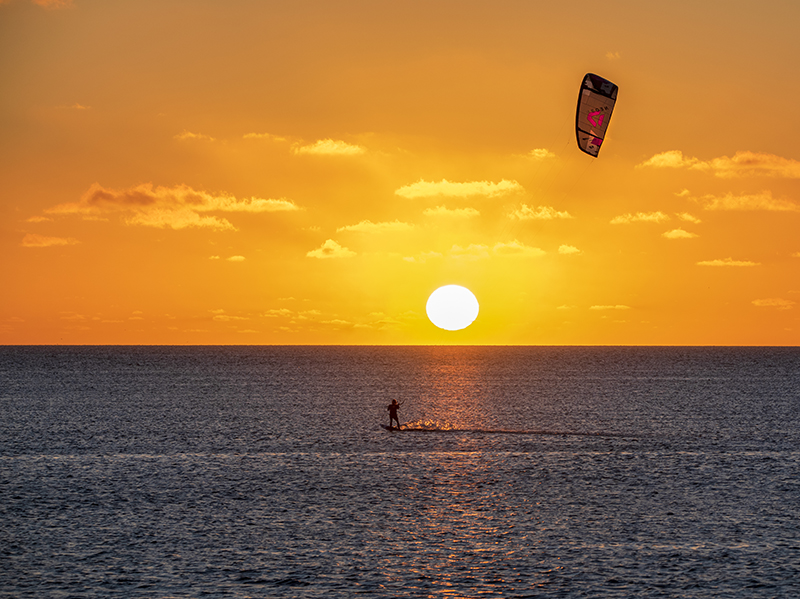 It was about 3am and pitch dark when I heard Mick calling out for help. The weather had changed severely in a matter of hours. It was pouring with rain and the wind was 25 knots. The anchor was dragging and we were drifting towards dry reef. We managed to secure the boat literally moments before things went horribly wrong. To say the ride back to Geraldton was rough is an understatement. Logging a fair amount of water in the cabin, with massive walls of water washing over the front deck, the crossing back to the mainland took twice as long as on the way out. In a way though, it was the perfect wild end to a crazy adventure. The Abrolhos Islands are a place of beauty and harshness, of light and shadows, of wonder and adventure. Wherever you look, you see reminders of the power of the sea, weathering processes, and the significant impact that rising sea levels have. This trip gave me a fresh appreciation for my home, Western Australia, and for our sport to be the perfect medium to satisfy my soul’s deepest yearning for adventure in times of massive turmoil. ■ 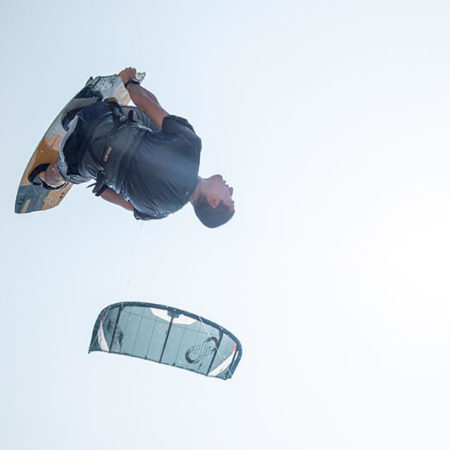 Big Air gets even bigger with the new Eleveight XS V3... 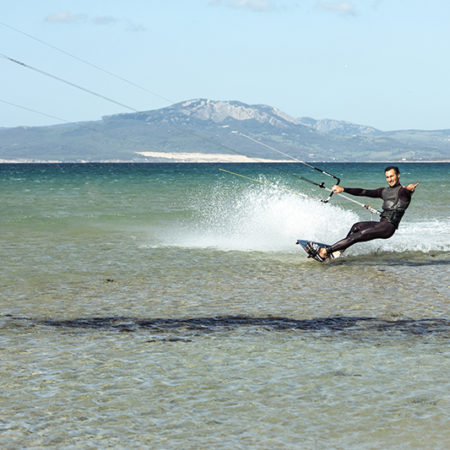 The perils of being both a pro kiteboarder living in Tarifa while trying to hold down your own business as a web developer are pretty clear... and Xavier Kain knows them well. 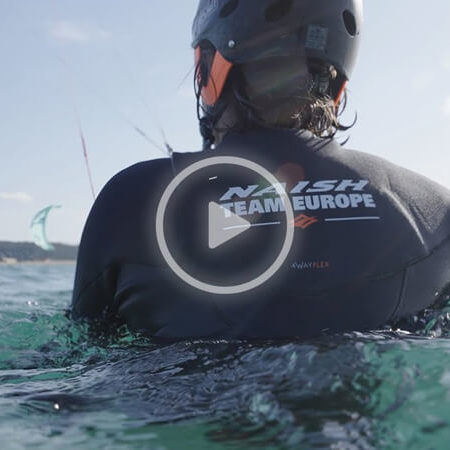 Check out what the Naish Europe team get up to on a trip to Leucate!