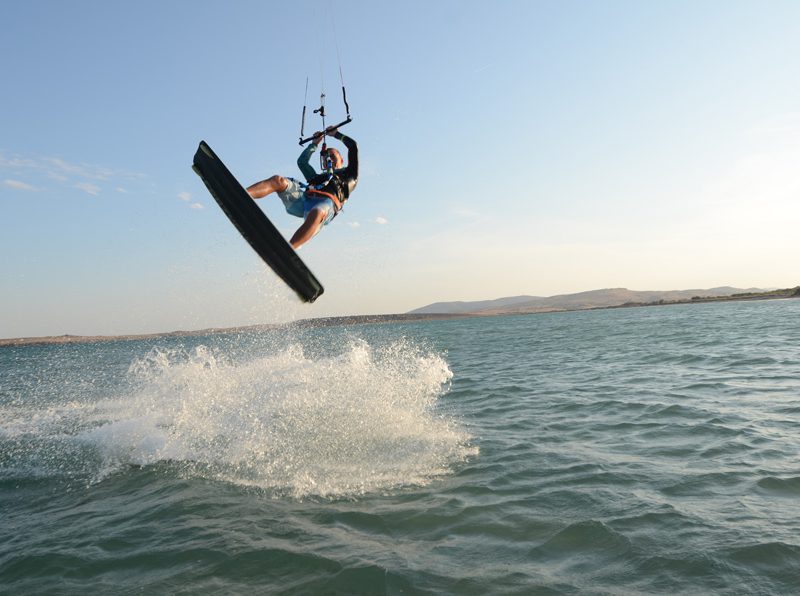 My time in Surf Camp Keros #3

Words by: As her stay comes to a close, TKM designer Jody blogs on her lasting impressions...

The alarm went off in time to see the sunrise over Surf Club Keros… and what a sunrise. The wind is blowing and the boards are in the car ready to go. We headed off to Ghomati. The bay was just as Tommo had explained it – little island to the left, beach bar by the landing spot, tank, rocks, waves followed by more rocks. The launching area is right in front of the beach bar then it’s a couple of tacks upwind to line yourself up for some down the line wave riding. 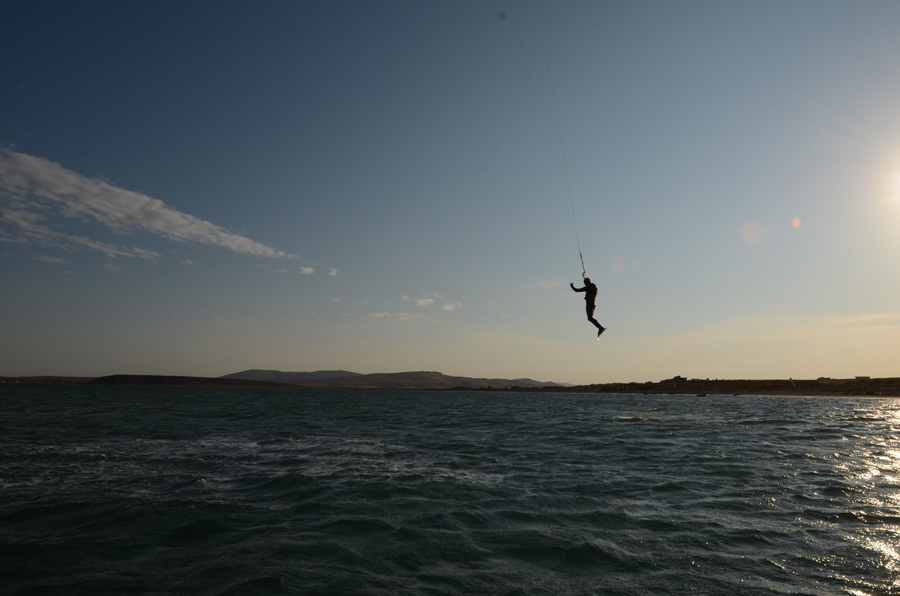 I launched a 7m Cabrinha Radar and took out the Cabrinha directional board, the waves were waist high and there wasn’t another soul there. We had two hours of constant and clean, cross onshore wind before it dropped off. That was it for the wind for the next two days. We headed to Kalliopi the village just outside of Keros for breakfast and good, strong coffee then carried on exploring the North East of the island – up to the Cape. Awesome spear fishing and some great beach bars along the coast on route back. 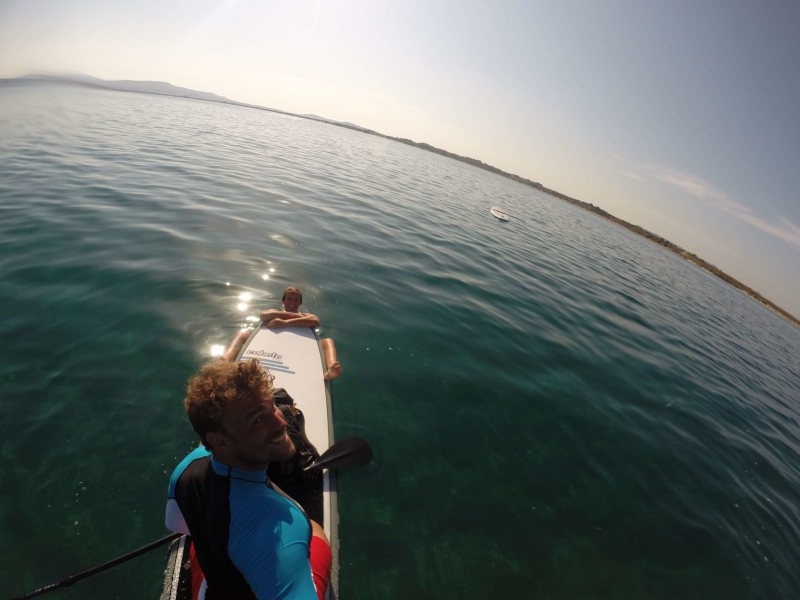 The next day after a lie in (breakfast is served until 10:30) we hired a couple of SUP’s from the camp, took our spear fishing gear and paddled around the bay. The sub station on the beach has soooo many toys you’ll never have enough time to play with them all. Sea kayaks, SUP’s, a catamaran, volleyball nets, bikes, kites, windsurf gear, surf boards and yoga sessions around the clock. They also help to keep you occupied with bike rides out to the local vineyard, trips to a ghost town (a deserted village, which was demolished by a dude in the Mafia), round the clock yoga sessions, a spa massage tent – perfect after a full on day on the water and when the wind is in, an epic island-long downwinder.

After another full day on the water (be it a windless one) the smell of the amazing food cooking on camp on our walk up from the beach was just what we needed. 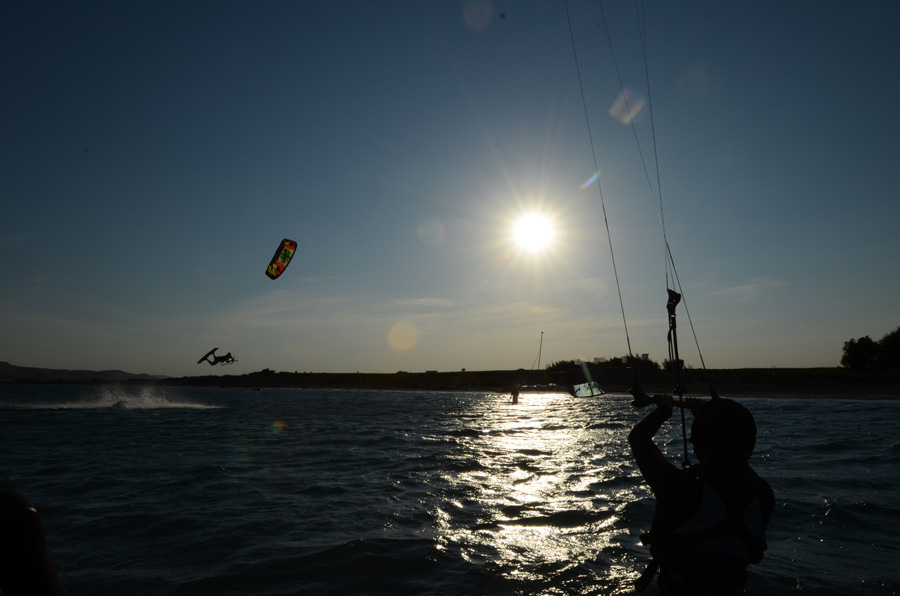 The end is nigh… sad times. Our last day at Surf Club Keros and the wind filled back in, after an epic thunderstorm in the night (which felt like it was right overhead in the tent) we were pretty pleased to find the tent was 100% water tight! We headed down to the sub station on the beach early, put up a 12 meter kite, and took out a twin tip for more beginner lessons and back roll practise. The wind built all morning until I ditched the 12m for some windsurf kit. Stopped for a spot of lunch when the wind had got lighter, so back out on the 12m. 4pm – beer o’clock – we sat on the beach, soaked up the last few rays of sun with a Fix (local beer) in hand. Nice.

We packed our bags, 2 kites heavier having bought a 2014 9m and 11m radar from Surf Club Keros – After 4 full days on the water, the beginner I went with is up and riding and well and truly hooked. 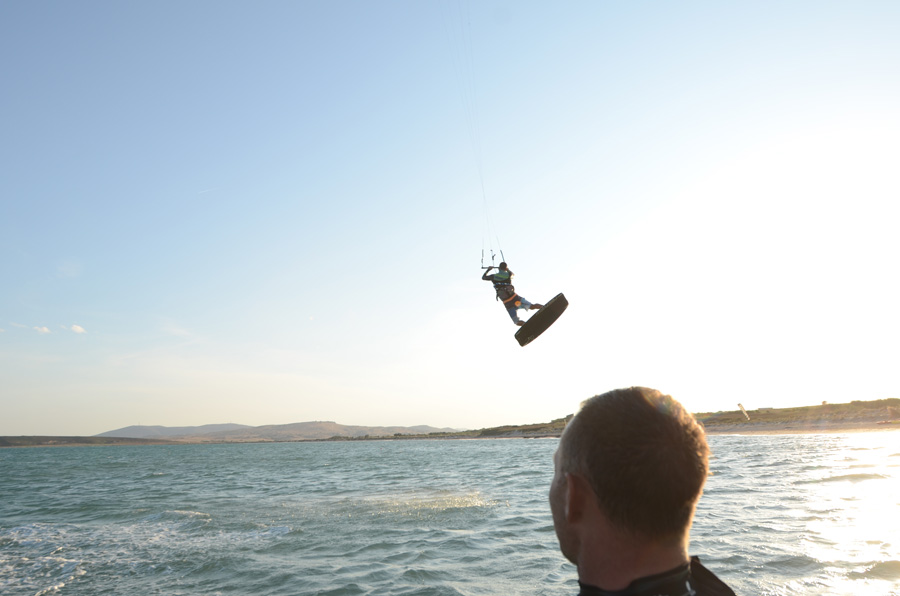 Although it is a real shocker to be going home, back to Cornwall after the week away we’ve had – surrounded by such enthusiastic, passionate people who have got me out of my ‘plateau’ with loads of new things to try, and my partner up and riding with me, I cannot wait to get into the water, bring on the autumn swells and winds! 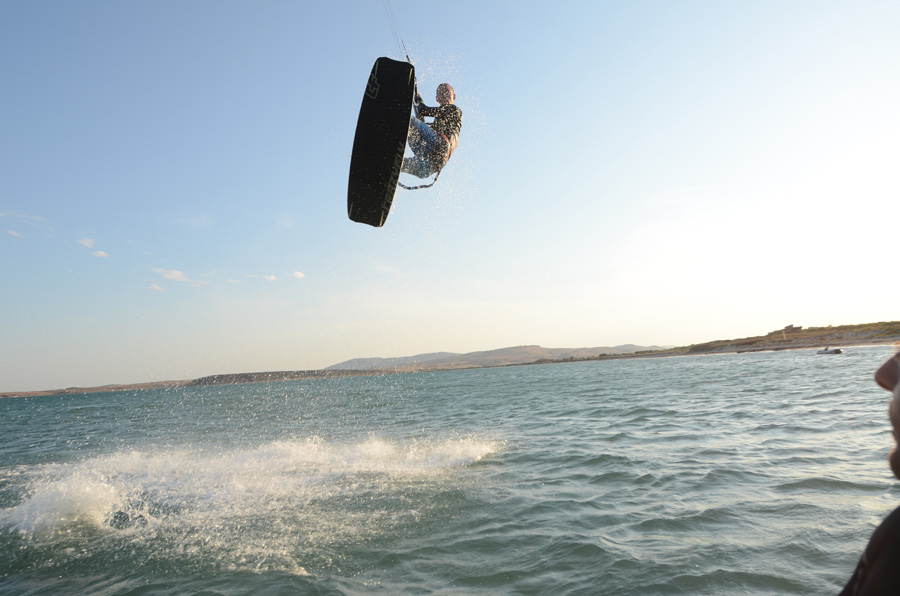