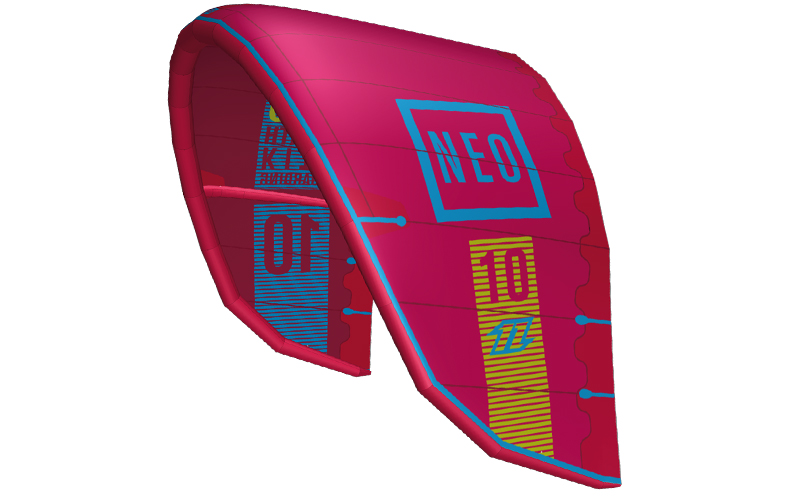 The Neo went through a pretty serious revisit for 2015 and was generally recognized as one of the top tier wave kites on the market. So what was the plan for the 2016 model? Thankfully first impressions are that not too much has been changed.

Like its predecessor, it’s still a very compact and accessible kite, and following on from his work looking at one-strut kites, designer Ken Winner decided to trim down the end of the struts to increase the movement of the kite here whilst still keeping the stability and rigidity that the struts provide. The bar gets a new colorway, and the ‘idiot proof’ Lazy Pump is also present and it’s hard to see where this can be improved…

In the air and the Neo has that same distinctive feel to last year. The low end is once again impressive – this isn’t such an issue in cross or cross-off conditions, but you realize what an asset it is when you ride a kite with a poor low end in onshore surf and miss the ‘on/off’ power you need to really keep your riding fluid. So the Neo delivers across the ‘waveriding spectrum’ (just remember to take it a size or two smaller – this is a kite that throbs with low-end power!).

Turning speed is snappy and intuitive, improved thanks to the new strut design, and for getting around the lineup the Neo is a great cruising kite. Stability through gusts is maintained and the new Neo definitely enjoys an increased resilience in stronger conditions.

Coming on to its natural environment in the waves, and for 2016 the depower throw feels a little shorter and tighter. You can let the bar out and the kite will sit back happily and let you get on with your riding with no worries of stalls. There is no tendency to sit too far back in the window or to drift down, it places itself very nicely and is ready for action when you next need it. Despite being a wave-specific kite, the Neo will also pick you up quite happily and launch you in to some decent hang time.

Relaunch is excellent, even in light wind conditions (we flew this with Airton and you would be surprised how often he puts his kite down – but it always popped straight back up). The Anti–Snag tips work well, and we encountered no line problems on relaunch at all.

Overall, changes are few (let’s call them refinements) and this is fine with us, as the Neo continues to be a very solid choice for wave riding and continues to deliver in all departments. 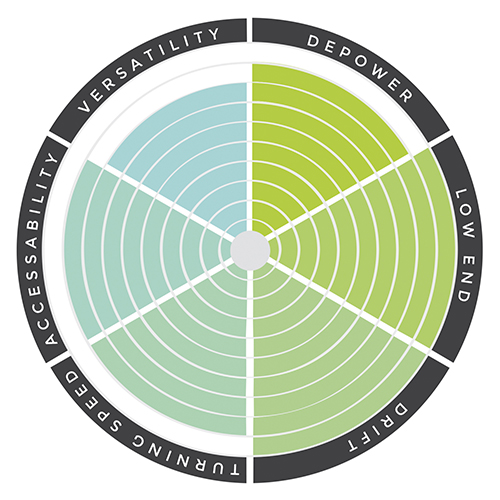