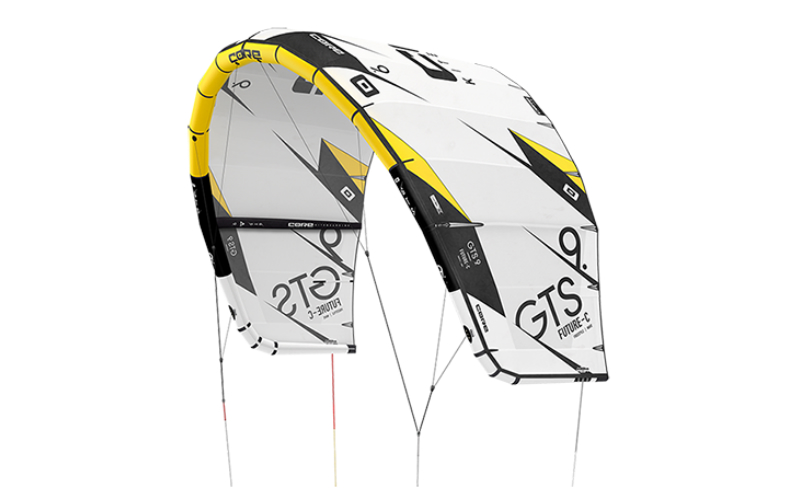 The GTS3 is a versatile kite suited to all disciplines. For this test we have focused solely on its credentials in the waves (there will be freestyle and freeride tests to follow). We tested the GTS3 in a variety of wave conditions both in onshore and in side-shore conditions in wind strengths between 16 and 24 knots.

Out of the bag and the GTS3 has a very solid feel to it – the expected Core build quality is there and there is the addition of solid looking scuff pads on the leading edge. We had the Sensor 2 bar which has a titanium core and is very light (230g), well-engineered and functional. There is a clam cleat depower and Core’s ‘twist’ QR. Core have also been hard at work on their safety system – the new Supported Single Front Line safety (SSF) is an intelligently engineered system whereby the kite releases on to one front line, but with a little pressure on the second front line. This encourages the kite to fly into a position where it is very easily recovered and relaunched. General relaunch is also very quick.

First impressions of the GTS3 are favorable – the kite is responsive and the input at the bar is direct. It does not sit as deep in the window as other ‘wave specific’ three strut kites but you still feel confident when riding a wave aggressively and causing some slackness in the lines. The GTS3 responds best to direct and assertive bar input – it likes to be told what to do and is well tuned for intermediate/ advanced riders to really ‘use’ but it will still play nicely for less experienced riders. The low end is very impressive – some three strut kites can be a little gutless which can make riding in marginal or in onshore conditions frustrating, but the GTS3 has plenty of power when you need to drive around a flatter section or to inject some extra power into your top turn and kick up a little extra spray. The top end is fine, but – as with all waveriding kites – you would not want to stay out overpowered if you have the option to change down. The reduced weight of this latest version (the GTS2 had five struts) is evident when riding in cross-off conditions and the GTS3 drifts very nicely and – with a lot of throw – you can really switch it off when you need to. Upwind performance is excellent, the GTS3 will sit forward on the window and power you straight back out to the line-up before the next set arrives…

Overall the GTS3 is an impressive evolution of the GTS range. Core have taken a chance in making the transition to 3 struts, but this has paid off. The kite is still very stable and responsive, but with all of the attributes that you get with a lighter kite when riding in the surf. 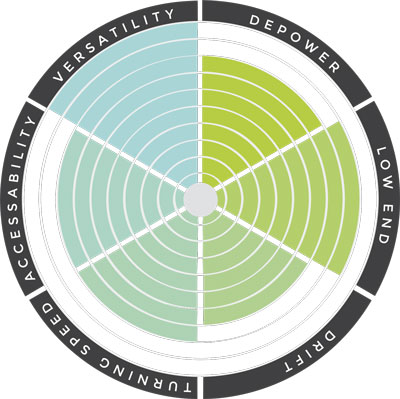