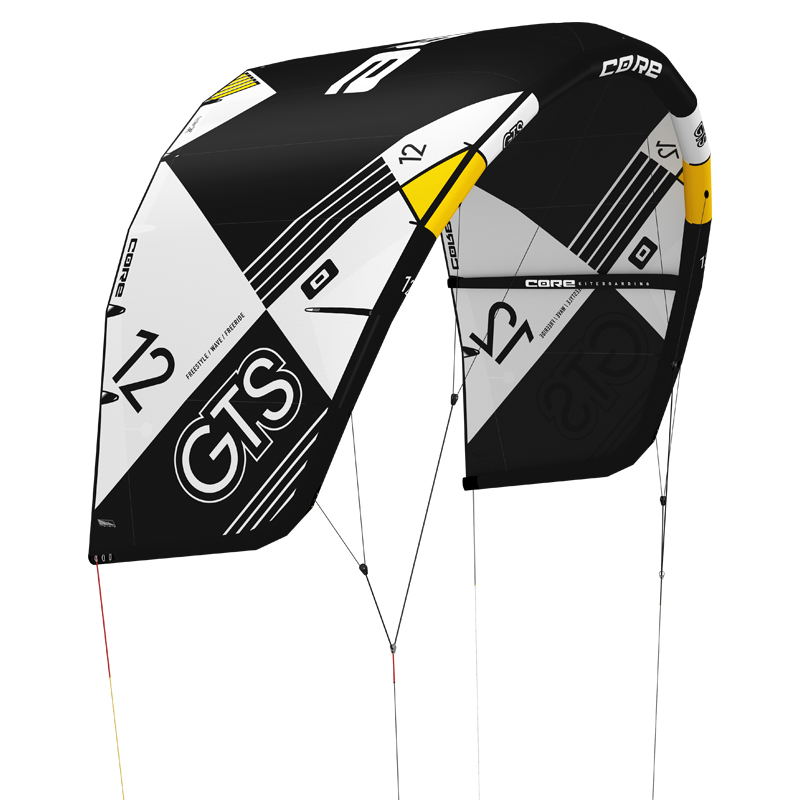 The new GTS4 from CORE is a cornerstone of their Universal+ Series. So these are their kites which are suitable for all disciplines but have a special focus in one specific department – with the GTS4 it is freestyle. The GTS3 was one of the first three strut kites to prove that you could reduce the number of struts in a freestyle kite without necessarily compromising on responsiveness or performance. As proven by riders who really expect a lot from their kite such as their team rider Steven Akkersdijk for whom the GTS kites have powered him right to the front of the freestyle and megaloop pack.

For V4 the GTS has had some refinements to its profile, tips and to its bridles – there is also the introduction of CORE’s proprietary ExoTex Dacron which has been rolled out across the range. For us, with a kite like the GTS4, the use of ExoTex meant that when it was pumped up super-hard it really did feel rock solid – both on the beach and in the air – and meant that it almost felt as if it was a five strut kite in terms of stiffness.

Riding the GTS4 and there is an ease-of-use that initially has you thinking that this is a pretty fun freeride kite… Which it can be. But then you sheet in and send the kite and you are in a whole different realm – the GTS4 is a boosting and looping machine. We were initially pretty surprised when we rode the GTS3, but the GTS4 really does turn things up a notch. It has the same vibe as its predecessor but with a bit more grunt. The shorter bridles, ExoTex and a few other tweaks have given the GTS4 improved responsiveness and a more ‘connected feel’. So for boosting it is great and for looping you can push it as hard as you dare – you’re going to crack before it does.

For unhooking and for wakestyle the GTS4 sits very comfortable unhooked and has plenty for most riders. If you want some serious slack line then you’re more likely to be looking at the Impact, but if you want something that can ‘do’ freestyle but also do a lot more, then the GTS4 is a great option.

In a sentence: The GTS4 can be a relatively accessible all-round kite with solid performance in all departments, or it can be a seriously grunty top-end boosting and megaloop machine… Your call. 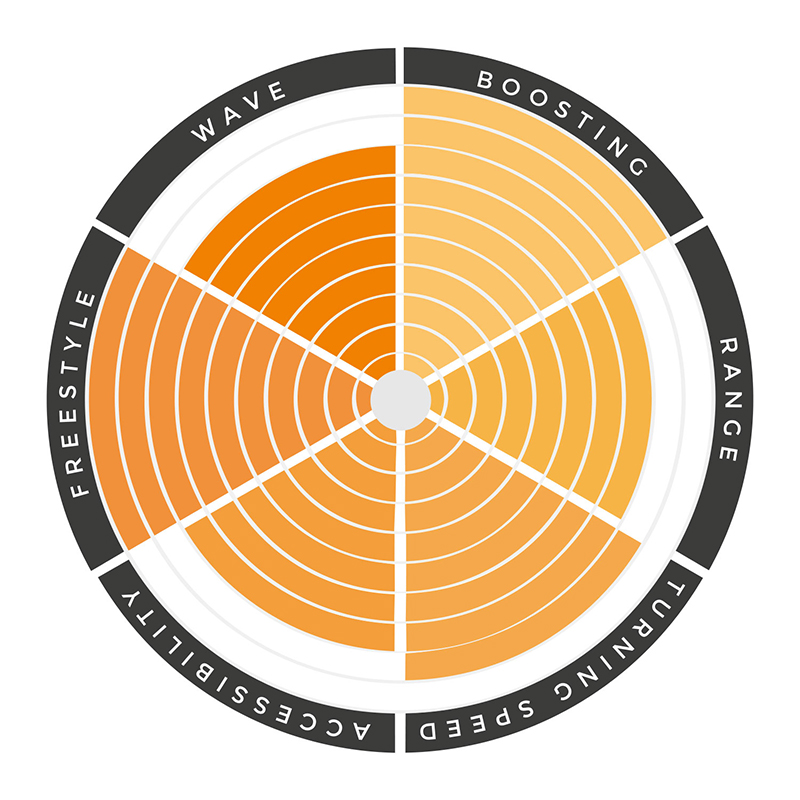